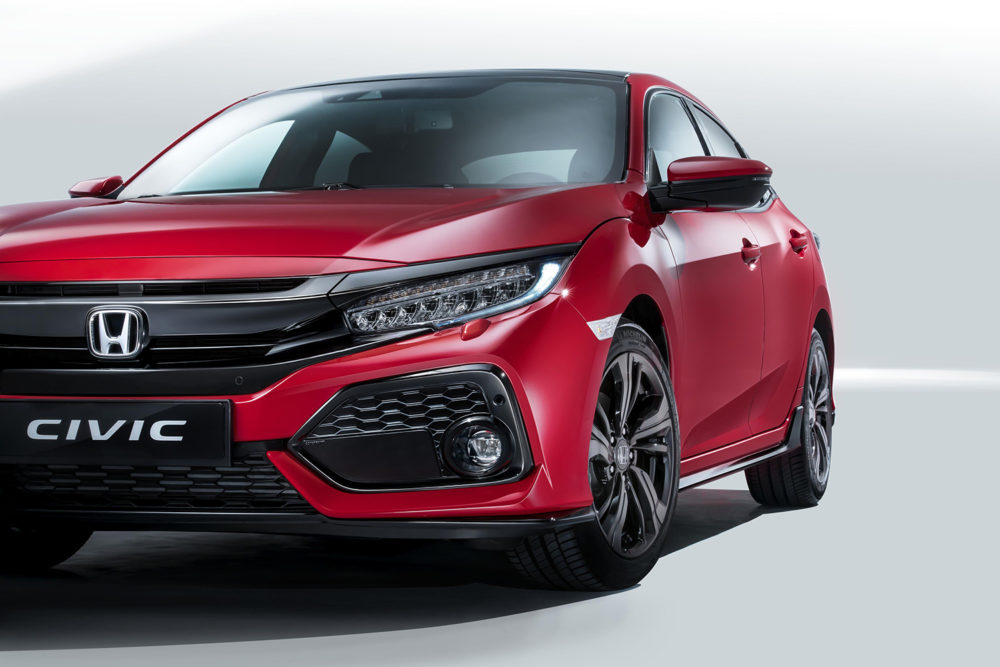 Honda has redesigned its Civic family car with this longer, wider and lower version. You can expect all the known Honda virtues of quality and durability, but you might find its looks a bit difficult to handle.

The last Civic tried to shed Honda’s image of staid, reliable and worthy, with questionable results. But at least the old model had a complete look about it, as though it had been designed with a vision. The new design looks as though the marketing department insisted on adding gimmicks to give it a bit of personality right at the end of the process.

Honda talks about the new car delivering a dynamic driving experience, and while that might well be so, do current Civic buyers want that? Was the previous Civic able to change the ownership profile, when Honda cornered the wrinkly niche market of senior citizens driving around wearing trilbies? It always was remarkable that for all Honda’s expensive efforts to try and make the brand sporty – for instance the kerzillions spent on becoming a contender in Formula 1 Grand Prix racing – the typical buyer has remained relentlessly, well, retired, over the last 30 odd years. I’m not sure that’s changed, despite all the marketing efforts. 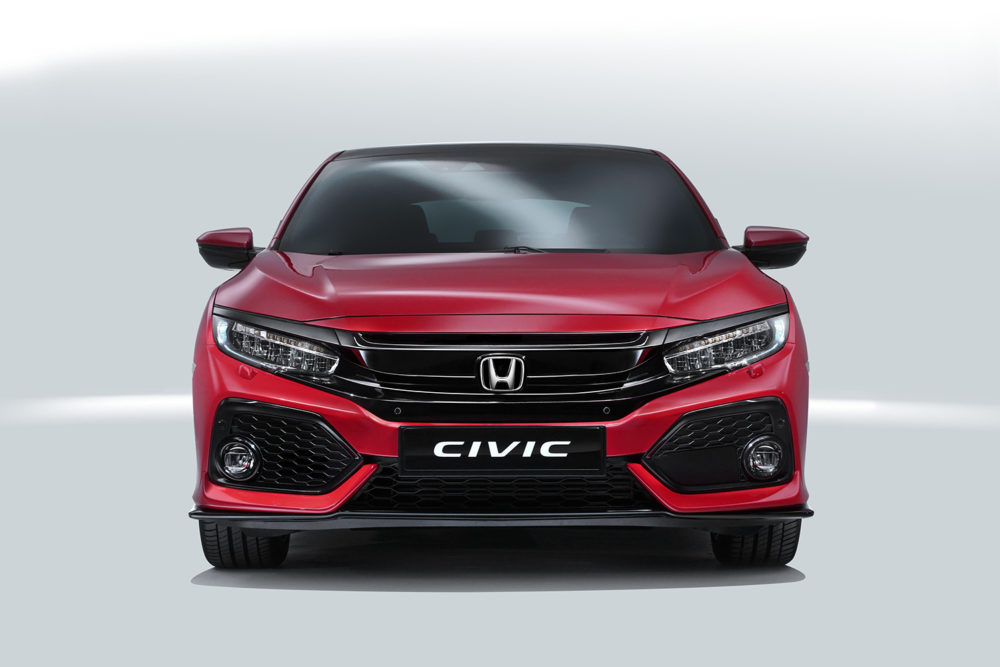 Anyway, this all-new 10th generation five-door Civic comes either with a 127 hp 3-cylinder 1.0 litre engine or a 180 hp 4-cylinder 1.5 litre. It has masses of interior space and much connectivity although it remains to seen if it is as “intuitive” as Honda claims. There are six-speed manuals and CVT automatics. Prices start at £18,235 for the S grade 1.0 litre and top out at £27,480 for the 180 hp version.

The turbo engines with relatively small capacity might sound as though they might not be powerful. Au contraire, says the company.

All new
“The all-new Civic is the first model in Europe to offer Honda’s 1.0 litre three-cylinder and 1.5 litre four-cylinder gasoline turbocharged engines. Honda’s engineering heritage encompasses some of the most celebrated high performing engines in the industry, and the new VTEC TURBO units are designed first and foremost to offer dynamic performance to support the all-new Civic’s soulful, fun-to-drive character. Nevertheless, they also achieve highly competitive fuel economy and efficiency. Both engines will be available with either a newly-designed six-speed manual transmission or a bespoke CVT automatic,” Honda said. 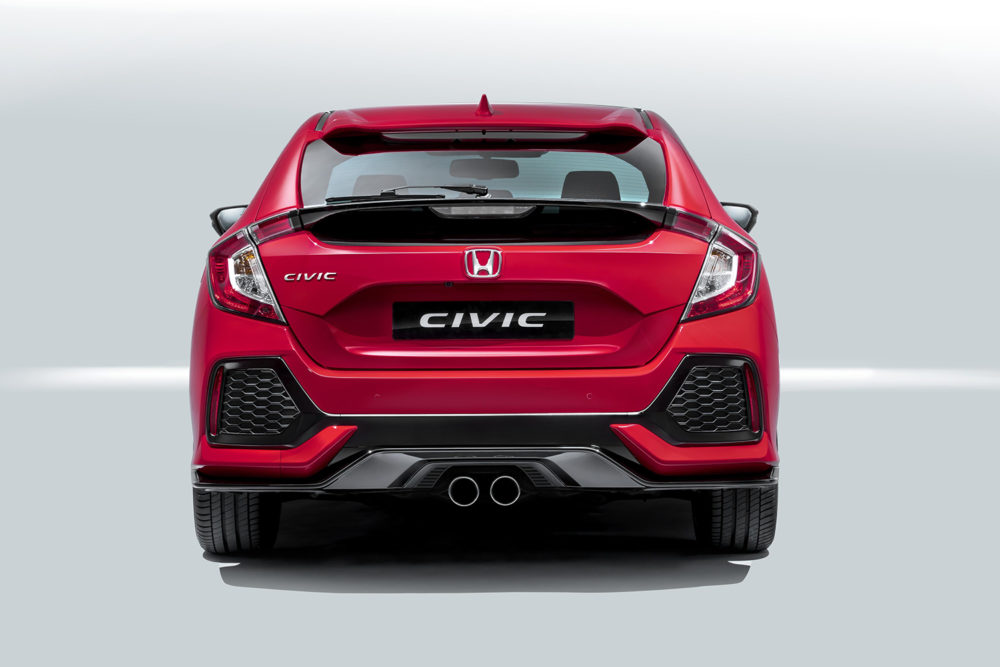 And that’s not a typo for thoughtful, useful or Solihull. Honda did actually say “soulful”.

“The three-cylinder 1.0 litre VTEC TURBO gasoline unit delivers a significant improvement in everyday driveability – thanks to greater torque at low and mid-range engine speeds – as well as fuel efficiency, over the 1.8 litre VTEC engine of the previous generation Civic,” Honda said.

I drove this and the 3-cylinder was remarkably smooth and powerful, with just a hint of gruffness.

Fuel consumption of the CVT automatic version is said to be “up to 60.1 mpg”. That’s a claim I haven’t verified.

The 1.5 litre 180 hp engine provides substantially greater performance – and fuel economy of “up to” 48.7 mpg. Ummmm.

Traditional CVT systems, according to Honda, exhibit a ‘rubber band’ feel under more demanding acceleration, but the new one

“…. delivers a totally different, more direct delivery of engine speed, which in turn results in a more linear response. It exhibits characteristics similar to those of current-generation dual-clutch automatic transmissions,” Honda said.

Global markets
I drove one and can attest to that.

The new Civic will be built in Swindon, and will supply all global markets. 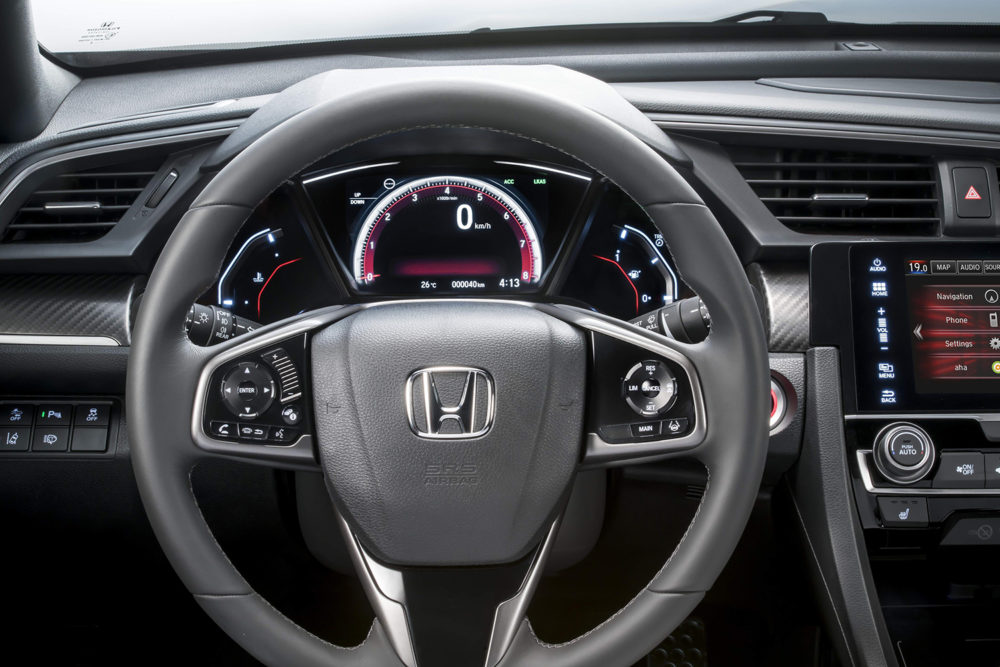 The 1.5 litre hatchback comes in three grades: Sport, Sport Plus and Prestige.

What to buy?
The new Civic is a hugely impressive car with terrific quality, great equipment levels and utility, and state of the art connectivity and safety equipment. The more powerful version goes like stink but is also very refined. But the same can be said of a huge raft of competitors, (see the table below) none of which are styled in such a controversial way as the Civic. I suppose you could say many of the competitors are bland, and the Civic stands out from the crowd. You can also say that beauty is in the eye of the beholder. In that case I will concede that my view, that the car is ugly, might not be typical. 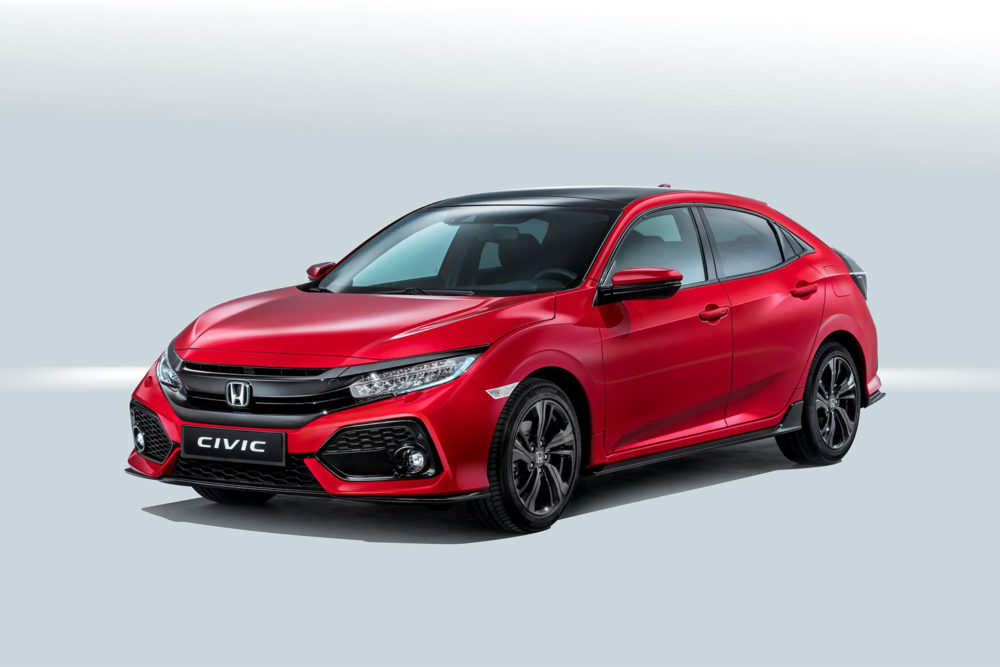 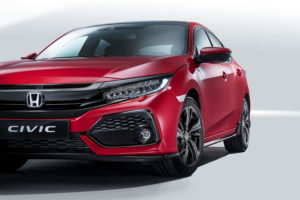 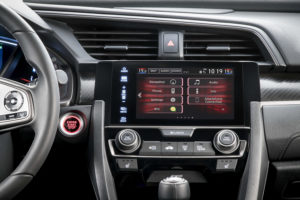 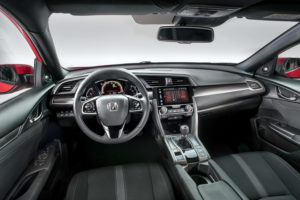 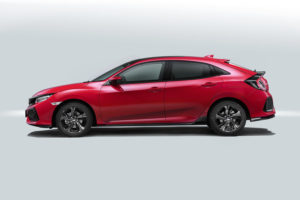 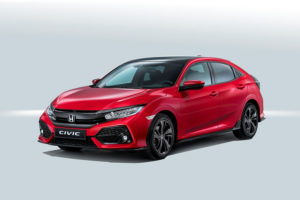 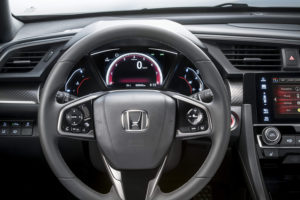 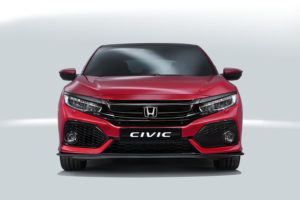 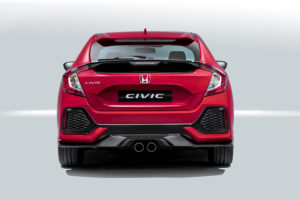