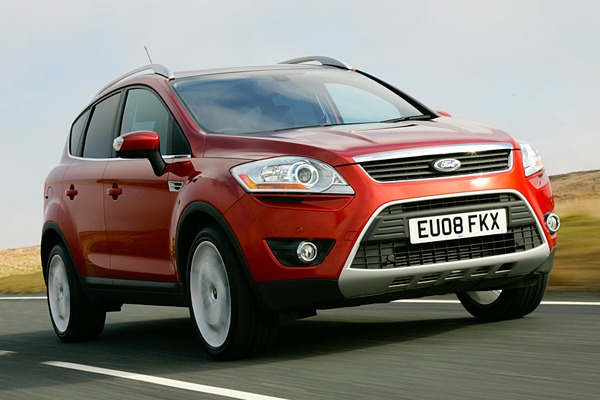 Ford has come up with a neat way to deflect criticism from mad environmentalists who say Sport Utility Vehicles (SUVs) are killing the climate and must be banned; call them “crossovers” instead.

This will have swivel-eyed environmental nutter George Monbiot and his ilk grinding their teeth with exasperation, and might provide the final killer factoid if your buying decision is split across a range of new compact SUVs often hard to differentiate in terms of quality and looks.

And the Kuga does look good. It is well balanced and handsome with an eye-catching grille and neat lines. 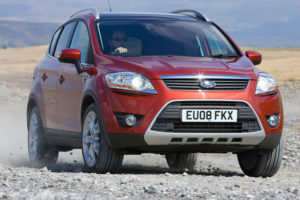 Ford is amongst the last of the big European car manufacturers to jump on the compact Sport Utility Vehicle band-wagon with its Kuga. VW of Germany finally unveiled its Tiguan late last year. France’s Renault is currently launching its Koleos SUV. Only Fiat of Italy has yet to succumb to the fad.

Sales of SUVs in Europe, sorry, crossovers, have been accelerating, despite the campaign by groups like Greenpeace who claim these “gas guzzlers” should be prohibited from city centres and subjected to penal taxation, even though the latest SUVs often have high-technology diesel engines which can achieve impressive fuel economy. 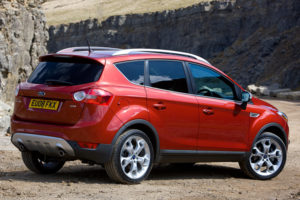 According to Warwick, England-based Automotive Industry Data (AID), which publishes a fortnightly pan-European newsletter, SUVs have been increasingly popular in Europe despite all the adverse publicity and will continue to be in demand. Sales of compact SUVs like the Land Rover Freelander and Toyota RAV4, as well as more familiar monsters like the Range Rover and Audi Q7, have more than doubled their market share in Western Europe since 2001 to just under 8 per cent last year. In 2007, about 1.2 million SUVs were sold in Western Europe. Schmidt expects this to carry on increasing at least until 2011, when demand is finally expected to peak. Schmidt warns though that recent sales have been hit by concerns over rocketing oil prices. This might put an end to the SUV boom unless prices return to normal.

Ford said the Kuga uses many of the body parts and engines from its Focus small family car and the Ford C-Max small “people mover”. This helps explain the word “crossover” because unlike more traditional SUVs which are based on heavier engineering which has more in common with trucks than cars, modern versions are much lighter, easier to drive and more fuel-efficient. Vehicles like the Kuga are more like cars than trucks. 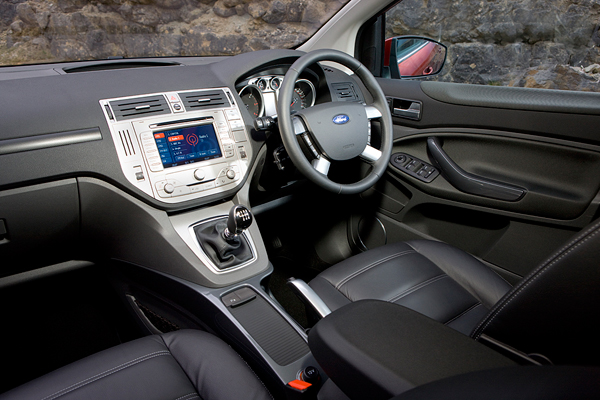 Ford is launching the Kuga with just a 4-cylinder 2.0 litre diesel engine, although there will be a five-cylinder petrol motor later. The 134 bhp diesel engine with a six-speed manual gearbox will average about 44.1 miles per gallon (6.4 litres per 100 kilometres). Most Kugas have four-wheel drive, but with a system which only engages all the wheels when the computer decides that is required. Some versions can specify two-wheel drive only, although that version won’t be available in Britain. I didn’t drive the Kuga off-road, but I’m sure it performs adequately, an irrelevance probably for most customers who will never venture off the tarmac.

Inside, the Kuga is splendid, with a mini-Range Rover cockpit feel to the driving position, which envelops around you. The dashboard and instruments are handsome and the plastics high quality. There are stainless steel embellishments to the handbrake and door trimmings. This Kuga certainly has a premium feel to it.

There is plenty of space for 5, and lots of cubbies and storage areas, with under-seat storage under the second row with further storage under the floor of the luggage compartment area. It drove well, with little wind noise. The diesel had plenty of pull without much noise and the 6-speed ‘box was terrific, although I’d go for an automatic at all costs. The petrol engined versions will also be available with an auto box.

All Kugas come with computerised safety devices like Anti-Rollover Mitigation, and ABS with Electronic Brakeforce Distribution. You can pay more for a rear view camera to take the risk out of parking. Plastic front wings reduce weight and provide enhanced damage protection, according to Ford. There are two trim-levels, Trend and Titanium. 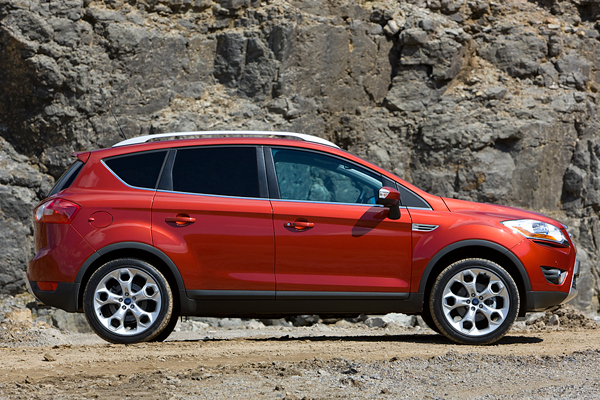 Ford has made huge advances recently with the quality and driveability of its cars, and the Kuga carries on this trend. Beauty is said to be in the eye of the beholder, but the Kuga surely looks attractive and well designed. You might though take issue with the suggestion in the Ford blurb that “When viewed in profile, Kuga is as athletic as a modern running shoe.”

But just remember when are invited to a dinner-party by radical environmentalists to say you’ve just bought a new “crossover”, not a hated SUV.