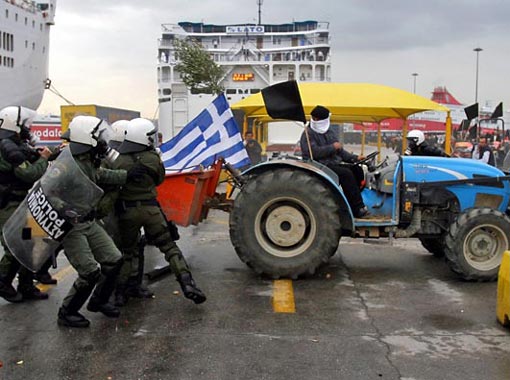 Like a gambler in a Monte Carlo roulette game Nissan-Renault has risked a lot of money. Nissan and Renault have the highest risk in electric mobility and this could threaten its position because of inaccurate forecasts

FRANKFURT – Something happened while Europe was sunning itself on vacation beaches last month.

Prospects for Europe’s economy in general and the car industry in particular didn’t look too bad in August, with auto sales stagnating at a relatively high level. Germany’s premium manufacturers like BMW, Mercedes and Volkswagen’s Audi seemed to be sitting on licenses to print money as they reported record sales and earnings, with their ability to sell cars with fat profit margins to Europeans and Americans even in hard times, underpinned by China’s voracious appetite for flash cars. True, mass car manufacturers in France like Peugeot-Citroen and Italy’s Fiat were struggling to stay in the black, and experts were beginning to wonder how France’s Renault would handle its cul-de-sac plan to spend $7 billion on battery electric cars that nobody wanted.

That was last month, and the holidays are over.

Now, as the biennial Frankfurt Car Show prepares to open its doors to the public, financial markets are panicking and the European industry is suddenly threatened by a double dip recession as government austerity programmes grip, with the nightmare repercussions of a collapse in the European common currency threatening to wipe out German export sales and much else besides. Hopes that new emerging market demand, mainly China, will bail everybody out are also receding.

“If the euro collapses that would be a catastrophe for the German manufacturers. A return to the DMark, that would be a very, very strong currency and make it very difficult to export. It would be an absolute disaster for the Germans,” said Professor Stefan Bratzel, director of the Centre of Automotive Management (CAM) in Bergisch Gladbach, Germany.

Professor Ferdinand Dudenhoeffer of the Center for Automotive Research (CAR) at the University of Duisberg-Essen in Germany doesn’t think the euro zone will break up, with the most likely outcome being the loss of some members while it evolves into a smaller, more stable group. He thinks the more likely problem will be stagflation.

Great risk
“We see a great risk that Europe and the U.S. will go into some kind of stagflation which we have seen for the last 20 years in Japan,” Dudenhoeffer said.

Dudenhoeffer said German participants at the Frankfurt Show will be basking in their current success, but the crunch will come next year in Europe. He has slashed 300,000 cars from his Western Europe sales projections in 2012, and pointed out that even now mass car manufacturers like Fiat, Citroen and Honda are being forced to concede massive discounts to buyers to move the metal, with the Italians having to give concessions of up to 35 per cent.

Even Volkswagen, market leader in Europe, will come under pressure next year.

“VW is in a very comfortable situation now with an order backlog of up to four months, but next year things become a little bit more difficult, despite the launch of the new Up, which will help it retain market share,” Dudenhoeffer said.

VW is launching its new minicar, the Up, at the show.

Vulnerable
“Across Europe, it will be difficult for Fiat next year, but even the German premium manufacturers are very vulnerable if stock prices go down 20 per cent or so. A lot of (BMW, Mercedes, Audi) customers will suffer next year,” he said.

According to Dudenhoeffer, even mighty VW could find itself under pressure because of its relentless, long-term plan to raise production and become the world’s biggest car maker by 2018.

Moody’s Investors Service has slashed 400,000 cars from its 2012 sales forecast for Western Europe to 14.35 million. This would mean growth of 0.3 per cent in 2012, the same as 2011, and compared with its previous forecast of four per cent growth next year.

“The revision reflects the significantly heightened risk that overall economic growth will be lower than expected. Elevated unemployment levels and further austerity measures to try and cut debt will constrain growth in most European economies,” said a Moody’s report.

These government austerity measures are premature and overdone, while the financial crisis is spooking potential buyers, says Professsor David Bailey of the Coventry Business School in England. China might not rise to the occasion either.

“The macro economic situation (in Europe) has deteriorated because of a misjudged rush by governments into austerity. When everybody does that at the same time we have a problem, with the danger of tipping back into recession. Policy makers have got to get a grip on that. There are also warnings of distress in the banking system and this gloomy scenario is likely to impact sales in Europe. Just how much of a boost will we get from emerging economies? They are chugging away, but even China is potentially cooling,” Bailey said.

Depends on China
“But what will happen (to the Germans) in 2012 is really very uncertain. There could be a bit more stagnation on the one hand, even recession, but that depends very much on the Chinese market. Good China growth will more than outway stagnation in Europe. But this only holds true if there is not a complete crash of the European economy,” Bratzel said.

“The euro crisis and the debt crisis means more and more trouble with exchange rates and having to change prices all the time and this brings new big risks to car markets and car manufacturers. At the moment I don’t think car manufacturers are fully aware of these risks,” Dudenhoeffer said.

Meanwhile at the show, new cars like the VW Up, Fiat Panda, Chevrolet’s European version of the Malibu, Mercedes’ B class hatchback, and Audi’s A8 hybrid will vie for the spotlight. There will also be a number of concept cars attempting to point the way to future technology. Manufacturers are pouring huge sums of money into electric cars, with plug-in hybrids like the latest Toyota Prius, extended range electric cars like the Chevy Volt and its European equivalent the Opel-Vauxhall Ampera, and some battery-only cars. It is not clear yet which new technology will be the dominant one, and some new concepts  don’t look very promising, including the VW one-seater NILS, the Audi Urban Concept which seats two but staggered slightly, and the so far unnamed Opel-Vauxhall two seater tandem.

Least attractive
What is becoming clear is that battery-only cars are the least attractive option because of their expense and lack of range. Unfortunately for Renault, it has allocated up to $7 billion with its alliance partner Nissan of Japan to develop a range of battery-only vehicles, based on its forecast that 10 per cent of the world’s cars will be battery-only by 2020. This compares with most other forecasts which don’t go above five per cent, and are mostly much lower.

China, which has been an enthusiastic cheerleader for battery-only vehicles has been having second thoughts, and is said to have revised its target of 1 million of these vehicles on its roads by 2015, and 5  million by 2020, by including hybrids in the total.

Dudenhoeffer said this could be bad news for Renault-Nissan.

“Like a gambler in a Monte Carlo roulette game (Nissan-Renault CEO) Ghosn has risked a lot of money. If China isn’t going to back them (battery-only cars) Ghosn will have big problems. Nissan and Renault have the highest risk in electric mobility and this could threaten its position because of inaccurate forecasts,” he said.

The Frankfurt Car Show opens to the public Sept 15-25.