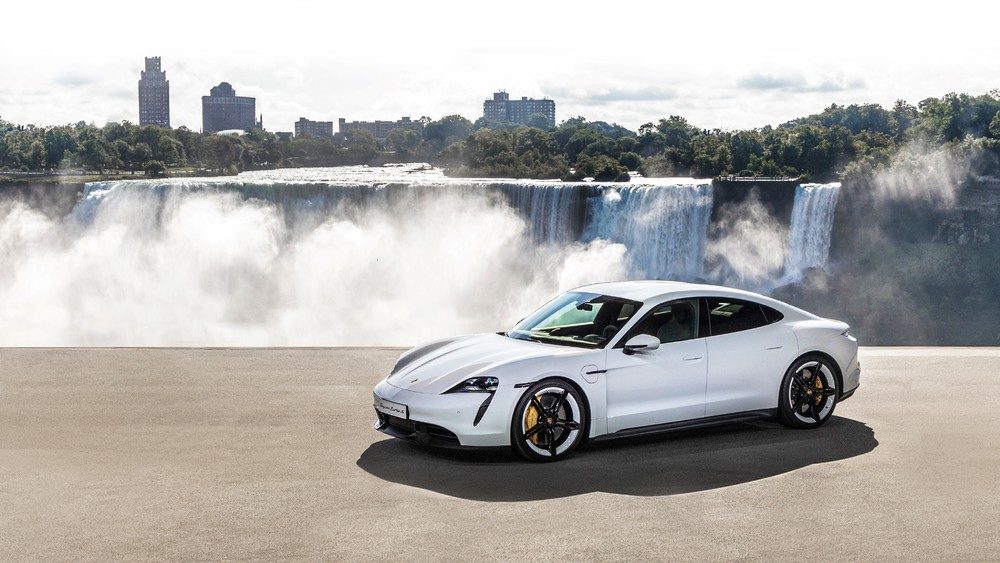 “Yes, no one has a clue how to make profits on electric vehicles (EVs), other than Porsche perhaps. But right here, right now, there are some modest surprises”

Gloom and doom for the European industry was the mantra going into the Frankfurt Auto Show, but some investors left the biennial event with a definite skip in their steps.

Before the show opened to the public Thursday, bad scenarios competed for the headlines. The tariff dispute between the U.S. and China was hurting highly profitable German imports. Next year’s European Union (EU) CO2 rules would torpedo bottom lines. The Frankfurt show would show huge progress in developing electric cars, but would anyone actually want to buy one without a big government subsidy? Radical demonstrators would disrupt the show and link the industry with the so-called climate emergency. (That’s now planned for Saturday). One third of the European auto industry didn’t even show up. And don’t even mention Brexit.

But Bernstein Research analyst Max Warburton hadn’t read the script, saying the mood at the show radiating from the assembled chief executives and industry movers and shakers was more positive than expected.

“Yes EU CO2 rules are a problem and will pressure 2021 margins. Yes, the EU demands beyond that are frightening. Yes, no one has a clue how to make profits on electric vehicles (EVs), other than Porsche perhaps. But right here, right now, there are some modest surprises,” Warburton said.

“European demand is surprisingly strong. The U.S. is stable. Pricing is OK. Some think China is stabilizing. Most companies seem to think they can meet or beat 2019 (profit) guidance. And everyone (manufacturer) tried to make positive noises about how they will deal with 2021, be they EV bulls like VW, or bears like PSA Group,” Warburton said.

Stagnation
The European industry is facing stagnating sales, while Germany, its biggest market, could be close to a recession. Sales in Western Europe, which slid 0.7% last year to 14.19 million, are likely to gain a barely noticeable 0.2% in 2019, according to LMC Automotive. But optimists point out that this stagnation is at least very close to industry record sales highs.

Investment researcher Jefferies said the mood in Frankfurt was upbeat, with a sudden optimism about electric vehicle demand next year.

Jefferies analyst Philippe Houchois was less worried about manufacturers needing to warn investors about deteriorating profits for the 3rd quarter, but remained concerned about 2020.

And he was worried about the impact in 2020 of electric car sales. Electric car sales are crucial for avoiding EU fines for CO2 emission non-compliance, so to squeeze out maximum sales manufacturers will have to sell to employees and create leasing schemes, neither of which will generate profits.

Investment bank UBS talked about a possibility of a silver lining on the horizon.

“In most company meetings and presentations we attended, the top-down view is that markets are not deteriorating further, and that the European market is holding up even a bit better than expected. All  companies  confirmed  their  financial year outlooks, and  the  upcoming Q3 reporting season might be the first since the first half of 2018 without further warnings and  consensus  downgrades. Visibility beyond 2019 remains low though and companies prepare for stable volumes,” UBS analyst Patrick Hummel said.

“The world is increasingly divided into “have” and “have not”. The VW Group stands out as the only player with an extremely daring approach towards mass and premium market full battery electric vehicles (BEVs). At the same time, profit targets do not seem to be at material risk. We find BMW and Mercedes in more defensive positions, highlighting the risks and the need for flexible approaches. This might be the correct strategy for their businesses but it raises questions concerning the future appeal of premium brands,” Evercore ISI analyst Arndt Ellinghorst said.

VW unveiled its new all-electric car at the show, the ID.3, built from the ground up as battery-only powered. Other electric vehicles making their debuts include Honda’s little E, the SmartEQ ForTwo, the electric Mini and the Porsche Taycan. Conventional debutants include the Hyundai i10, BMW X6, Mercedes GLE Coupe, and Land Rover Defender.

“There are still a lot of negatives in Europe. Consumer sentiment for car purchase is weak, and the U.S./China trade dispute is impacting global car sales,” Ricardo CEO Dave Shemmans said.

“There are a lot of headwinds on the geopolitical stage. There’s a lot of pent-up demand, and when that comes back it will come back quite strongly. Will it be this year or the year after? I don’t see geopolitical problems being settled in the next six months. It’s going to be a tough year, and maybe a recovery after that,” Shemmans said

The Frankfurt Auto Show is opens to the public through September 22 at the Messe Frankfurt.