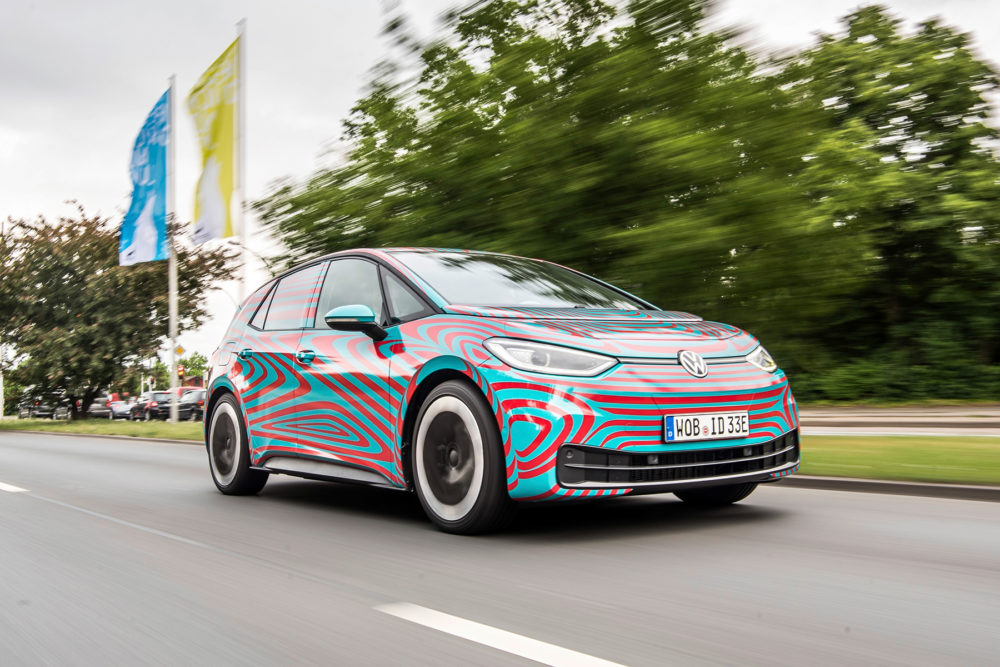 “There are plenty of big strategic level changes on the way; for a long time there have been too many carmakers and too many brands”

The leaders of Volkswagen and BMW were worried about the impact of tariff disputes between the U.S. and China on the first media day before the Frankfurt Auto Show opens to the public, while Mercedes tried to narrow the conversation down to about how it is going to provide sustainable solutions for the future of mobility.

VW had earlier unveiled its new all-electric car, the ID.3, as most of the European industry is packing its stands with battery only, and hybrid vehicles. This Frankfurt show will go down in history as heralding the start of the electric era, after many false dawns. But unfortunately for the industry this has coincided with an unprecedented number of huge problems, made worse by the likelihood that some think this is the final spasm of the internal combustion engine.

And if you’ve forgotten that, demonstrators at the Frankfurt Messe are preparing to make sure you don’t.

Other electric vehicles making their debuts include Honda’s little E, the SmartEQ ForTwo, the electric Mini and the Porsche Taycan. Conventional debutants include the Hyundai i10, BMW X6, Mercedes GLE Coupe, and Land Rover Defender.

The European industry is facing stagnating sales, while Germany, its biggest market, could be close to a recession. Sales in Western Europe, which slid 0.7% last year to 14.19 million, are likely to gain a barely noticeable 0.2% in 2019, according to LMC Automotive. But next year is going to be hugely challenging because of the advent of European Union (EU) rules which insist car and SUV makers must achieve a fleet average of CO2 the equivalent of 57.4 miles per U.S. gallon by 2021. This increases by a step through 2025 to 92 miles per U.S. gallon average by 2030.

That is likely to induce massive fines on many European manufacturers. This could induce bankruptcies or force mergers, while the EU is said to be ready to hang on to the huge fines, and recycle them back to the industry to fund expensive electric car research.

Ongoing Brexit fiasco
Then there is the ongoing Brexit fiasco. Britons voted almost 3-1/2 years ago to leave the EU, but some of its Parliamentarians are refusing to accept the result and are trying to make sure it doesn’t happen. Meanwhile manufacturers in Britain like Toyota, Nissan, and Jaguar Land Rover are slashing investment programmes because it’s not clear what kind of regime will eventually emerge, or if their just-in-time-delivery systems will survive. Exporters like BMW, Mercedes, and VW-Audi-Porsche, are seeing lucrative sales in China being wiped out by the trade spat with the U.S., and will desperately want to maintain their huge sales in the U.K. Currently, October 31 is the deadline for agreeing a deal, but nobody is confident anything will be solved then.

But on Tuesday, it was the future of the China market, now threatened by U.S. tariffs, which preoccupied VW Group CEO Herbert Diess.

“We come now into a situation where this trade war is really influencing the mood of the customers, and it has the chance to really disrupt the world economy. China is basically a healthy market, but because of the trade war, the car market is basically in a recession. So that’s a new situation. That’s crazy for us,” Diess told Bloomberg TV.

In another Bloomberg TV interview, BMW Chief Financial Officer Nicolas Peter said his company’s prospects for 2020 depend on what happens between the U.S. and China.

Mercedes didn’t comment on broad problems, but headlined its media release with this quote: “Desirable, contemporary luxury has to be sustainable”.

Another pointer to industry trauma is the number of no shows in Frankfurt. Because attendance is so expensive and profits are under pressure, about 30 manufacturers decided to stay at home. According to Berlin-based automotive industry analyst Matthias Schmidt (www.schmidtmatthias.de), the no-shows account for about 30% of the European market by sales.

Professor Peter Wells, Professor of Business and Sustainability at Cardiff Business School said the industry is currently in an uncertain mood because of doubts over technology. It is worried about the future of diesel and internal combustion engines. It isn’t sure about how fast electrification will be.

“They don’t know where to put their money, and investors don’t know which manufacturers to bank on. The Germans are building up electric capability, but they worry that anti-car protests will make the industry a symbolic target,” Wells said.

“There are plenty of big strategic level changes on the way; for a long time there have been too many carmakers and too many brands. Governments have stymied serious structural change by supporting national champions and this will have to be reconsidered. There are really quite profound changes on the way. Some will survive but lots will not,” Wells said