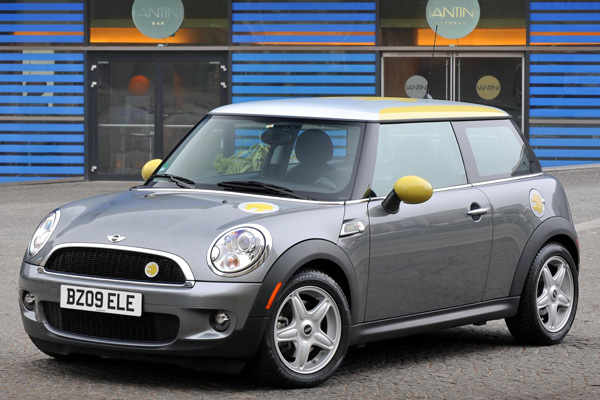 Terrific, Quiet Performance, But Don’t Stray On To The Motorway
If Battery Cars Catch On, Beware Creeping Examples In Slow Lane
rating * out of 5

Don’t Worry They Won’t, Until Range Doubled, Price Slashed.
This week at the Geneva Car Show you will hear plenty of odes to the battery car, probably led by Renault. But I’ve always felt that these vehicles carried a unique piece of baggage; Range Anxiety – the fear that if you deviate from your usual route, you may well not be able to get home again. 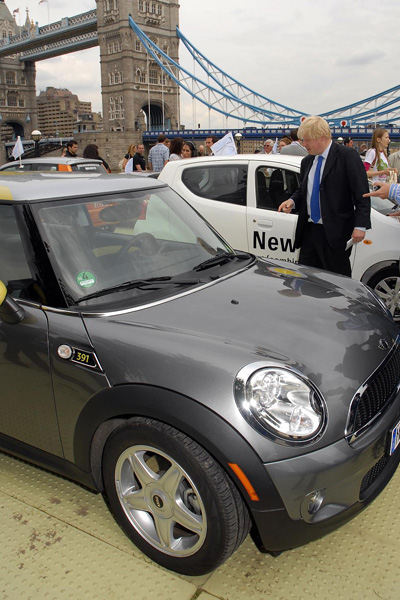 Now battery power would be fine if the electric vehicle in question was something like an inexpensive golf cart, just used for a trip down to the shops, or to take the kids to school, or hubby to the train station. But these battery cars, I speak of the Mitsubishi IMEV, various possible Renaults and Nissans, and the Electric Mini, are not cheap at all. The battery alone on the new Nissan Leaf, expected in the market place by the end of this year, costs about £10,000. The only way this car will make it on to the market is from government subsidy. Renault in particular has been the target of my negative battery power stories, but so far I’ve only driven the battery Smart  to test my deep reservations. Last week I drove the Electric Mini, and I feel my suspicions are more than justified. I’ve been understating the case. It should not be Range Anxiety but Range Panic.

On my way back from my test drive, with about 10 miles to go, the computer readout for the battery said “Range 5 miles”. Range Panic set in because that spelt disaster on a busy highway, with many road-works – the M3 south of Bracknell. But thanks to the regenerative braking system and a long downhill section, the battery’s range miraculously climbed back to 15 miles.

All I had to do now was sustain about 40 miles an hour and I’d get back safely. The trouble was, part of the route moved from a 40 mph limit to 70 mph, so I was forced to cower in the slow lane, being overtaken by irate truckers.

Now this was my fault for driving too far down a highway on my short test route, but it does underline the fact that electric vehicles, at least with their current batteries, are going to present huge problems to their owners. If they become ubiquitous, our roads will be clogged with electric vehicles crawling home at speeds which will cause a lethal threat to safety. This is also going to be a huge boon to road side assistance organisations like the AA and RAC. 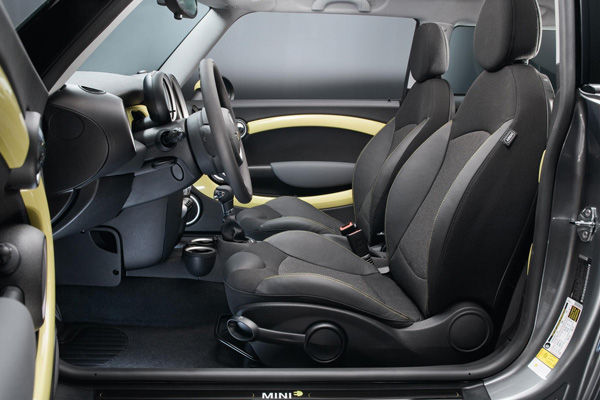 But back to the Mini
When I first started up (or rather switched on) the Electric Mini, the range device said 96 miles. Now this is much less than the original claim, made at the Detroit Car Show in 2009, that the lithium ion battery powered Mini would make it all around Lake St Clair or 150 miles. Not surprisingly, the car makes no engine noise as you pull away. The performance is surprisingly fast, with 0-60 mph coming up in just over eight seconds. As you approach a junction and lift off the accelerator, the regenerative braking system cuts in and slows the car much quicker than an internal combustion engine would, so you have to learn to manipulate this. Regenerative braking can extend the car’s range by up to 20 per cent. On the highway the car is very impressive, cruising easily at 70 mph, but you have to pay attention to the battery capacity because this speed takes a big toll on the electricity supply.

The battery pack takes up all the rear space in the Mini, but if and when the car goes into production, the designers will manipulate the batteries under the floor to create a bit of room in the back.

My experience on the highway, as it seemed that I was doomed to run out of power, is one that with experience I could probably avoid. If you have a regular daily commute over, say a total of 75 miles, where there’s no highway driving, the Electric Mini will do the job. But the 96 miles of initial claimed range turned out to be closer to 60 miles.

Brave Hearts
The Electric Mini is being test driven by a few brave hearts who have leased the cars for a year. No doubt the production vehicles will have enhanced battery performance.

If I was in the market for one, I think I’d move to a new house which was at the bottom of a long, steep hill. That would cut Range Panic back down to Range Anxiety.

The bottom line seems to be this. Why would anyone want a battery car, when if you demand a green machine, there are hybrids, plug in hybrids and extended range electric vehicles like the Opel Ampera? They won’t easily strand you, and they have substantial battery-only range. 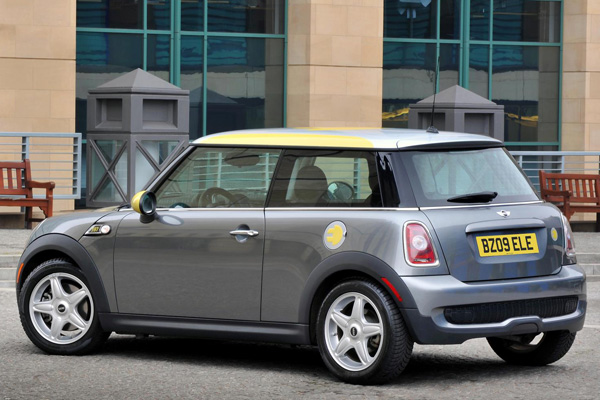 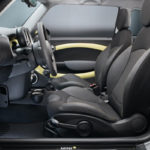 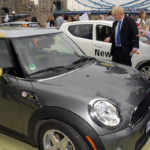 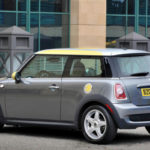 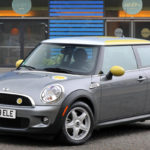 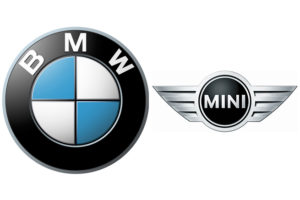 Mini is a British automotive marque owned by BMW which specialises in small cars. Mini originated as a specific vehicle, a small car originally known as the Morris Mini-Minor and the Austin Seven, launched by the British Motor Corporation in 1959, and developed into a brand encompassing a range of small cars, including the Countryman, Moke and Clubman.