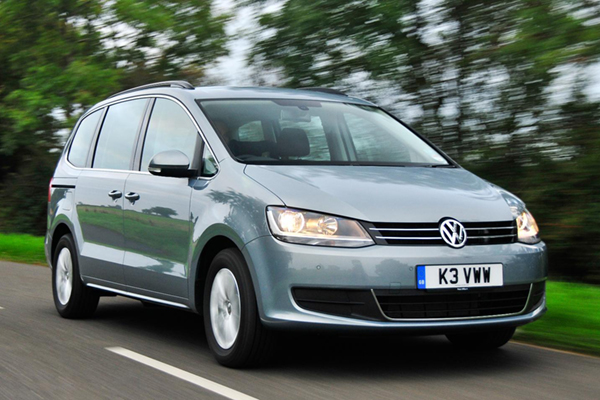 I know why ex Audi head of interior design went to Ford (he is now Director of all Ford design in Europe). I remember walking around the Birmingham motor show with him in 1994 when he was at Audi and stopping at the Ford stand to view the then new Ford Galaxy people carrier. He reckoned that a baby hippopotamus had crawled into the car and died, such was the dire styling and detailing of the interior. In contrast, the latest Galaxy and its smaller sister, the S Max are peerless in quality and design and that is thanks to him.

The original Galaxy was a joint venture with Volkswagen and later SEAT and the difference in quality aspirations between those brands at the time was such that VW Chairman Ferdinand Piëch refused to launch the Volkswagen Sharan at the same time as the Galaxy as he just wasn’t happy with the quality. The Sharan was launched some months later to the great regret of Volkswagen dealers who saw their sales going to Ford and, remember, manufacturers’ dealers do not mind unreliable cars as they fill their workshops with very profitable warranty work.

Amazingly the joint venture struggled on for another 5 years and now the Galaxy and Sharan are totally discrete and built in different factories. 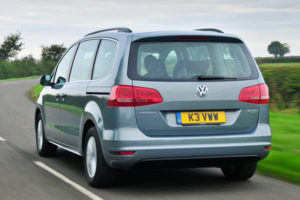 In that time Ford has come on in leaps and bounds and offers design and quality more than equal to Volkswagen. Ford executives see the attraction of premium marques and in a press conference at the launch of the latest Galaxy I counted 27 occasions on which the word ‘premium’ was used. Unfortunately the same is happening at Vauxhall and it goes to prove that these manufacturers do not understand what premium means. However good the product, if the manufacturer does not behave in a premium way, it will never be premium.

Volkswagen finally shot that hippo in 2000 and came up with a much more tasteful, well executed interior for its mid-life face-lift.

Finally there is a new Sharan as well as a new SEAT Alhambra and they are both nip and tuck with the new Galaxy such is the revolution which has happened at Ford. Ford has an ace up its sleeve as it also has the slightly smaller S-Max for the family, leaving Galaxy for the chauffeur market.

It is now Volkswagen trying to catch up with Ford rather than the other way round as the S-Max / Galaxy line-up is the one to beat, particularly in dynamic qualities.

Ford seems to now build all of its cars for enthusiasts and whether Fiesta 1.25 or snarling 160 mph, Focus RS, Ford’s road holding and handling is always best in class. Such prowess isn’t really necessary with large people-carriers and the new Sharan is more than adequate in this department. 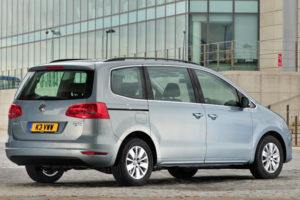 Back in 1993 when the original Sharan was imminent, Volkswagen UK fought tooth and nail with their German masters to change the proposed name of its new MPV. Needless to say they lost the argument because it was a global vehicle and the Sharan was launched in 1995 with its name unchanged.

Volkswagen UK needn’t have worried; the Sharan has been a huge success selling 600,000 world-wide with just that one mid – life revision in 2000.

The last Sharan was a great car and had just one major flaw; the two rows of rear seats were extremely heavy and awkward to remove; impossible for the average woman. They were also bulky to store. Volkswagen has taken the opportunity to solve this problem with rear seats that lower effortlessly into the floor to create a huge van-like load space when required.

Saving weight is everything today and despite an extra 220 mm of length, 92 mm of width and much higher specification and safety standards, the new car is actually 30 kg lighter. The extra length is put to good use and the increased leg room particularly in the third row makes long journey even more comfortable.

The new Sharan is offered with two petrol engines, 148 bhp 1.4 TSI and 196 bhp 2-litre and two 2 Litre diesels of 138 and 168 bhp. When I was told that a 2 litre petrol engine had been replaced by a 1.4 litre one in such a large vehicle I was somewhat cynical.  However any doubt quickly vanished on first pressing the accelerator.  Not only does this little engine produce a healthy power output of 148 bhp , 35 more than the previous 2.0 litre it also offers an extra 41% of torque which explains why it has such excellent performance.  The 2.0 litre 196 PS version was not available to drive but knowing the engine well I can imagine it will perform like a sports car. 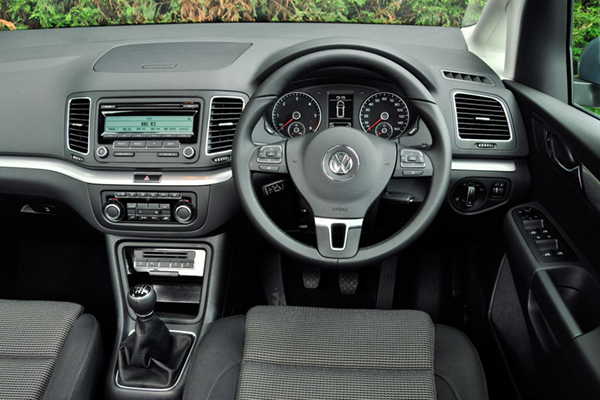 The mainstay of the range will undoubtedly be the well proven 138 and 168 bhp diesels both of which perform perfectly while offering excellent fuel consumption and low emissions ensuring a low benefit-in-kind tax liability in the United Kingdom.

The Executive has six individual leather-trimmed seats with arm rests.As is the way with German car companies there is an extensive options list including Adaptive Chassis Control featuring electronically controlled dampers that can be set to normal, comfort or sport.  There is also an enhanced Park Assist system which, as well as assisting parallel parking in a smaller space than previously can also park at right angles to the traffic flow.

A major innovation on the new Sharan is the sliding rear doors which really do make life easier in car parks and can also be electrically assisted at extra cost.

Overall this is a huge move forward from the previous Sharan and apart from much better ride, road holding and steering incorporates so much technology developed in the 10 years since the last version was launched. 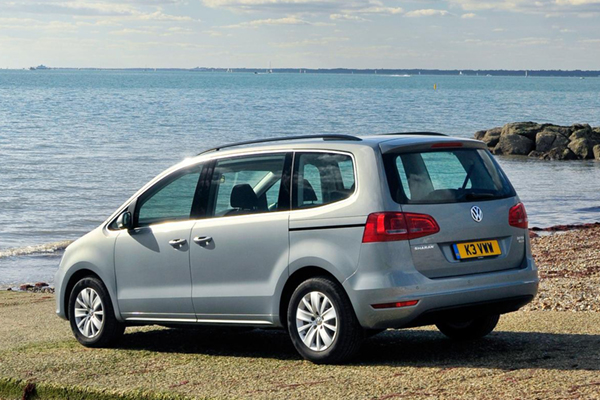 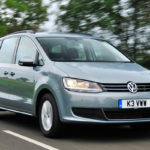 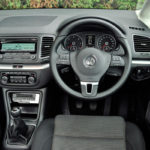 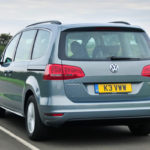 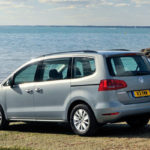 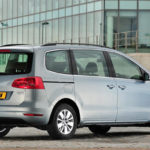