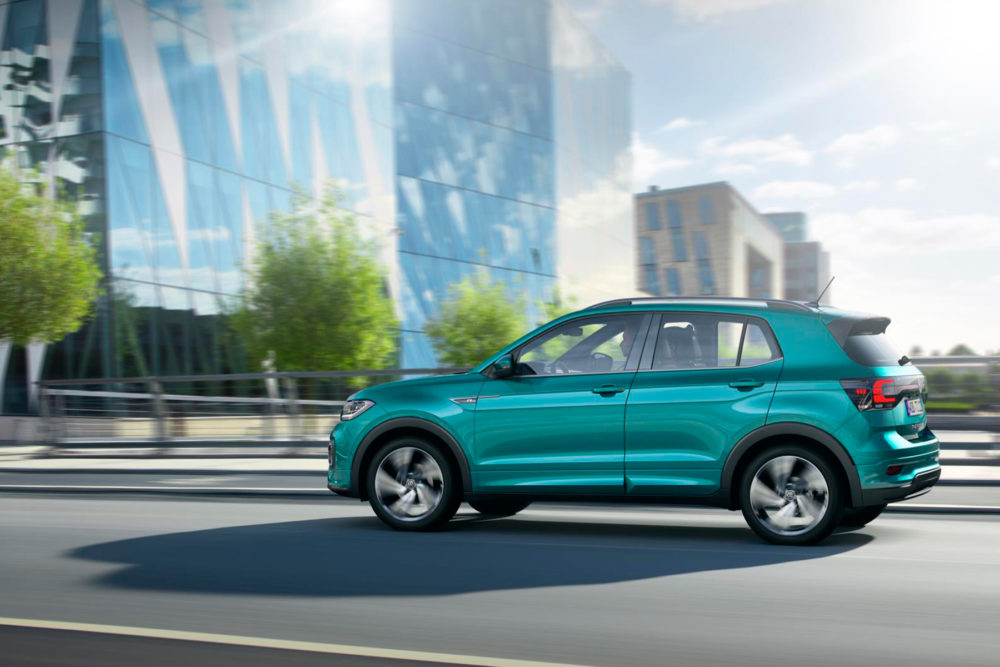 The European Union is forcing carmakers to produce ever more fuel efficient vehicles, which explains why the new Volkswagen T-Cross, VW’s smallest “SUV” so far, is powered by a 1 litre, 3-cylinder engine.

That might sound like a compromise too far, conjuring up a vision of a pathetically underpowered apology for an SUV. But the reality is different and truly remarkable. This T-Cross – you can currently choose between this 114 hp version or a 94 hp one – runs along very nicely. Acceleration feels just fine, although there’s a bit of turbo-lag, and on the highway it runs quietly and smoothly at legally accepted speeds and feels as though there is plenty in reserve. The engine has a relatively harsh note, but it sounds more attractive than annoying I’d say, and unlike the weazing, clunky early attempts at three-cylinder engines. The 7-speed automatic gearbox was a joy. Handling was impeccable and stability through high speed corners was fine. Braking was a bit sharp and suspension on the harsh side. Again that will appeal to as many people as it repels. 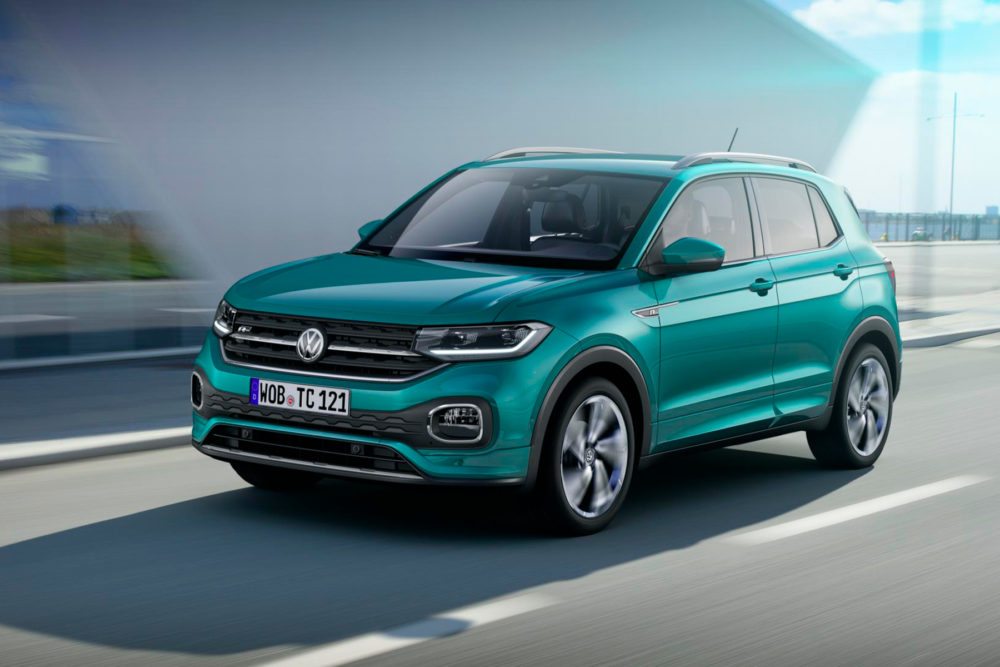 When you first get behind the wheel, the quality of the interior is also impressive at eye-level, with smart dials and gauges and a big, easy to use media screen. If you allow your eyes to stray down a bit though, some of the controls and plastic seem a bit dated and cheap. This version didn’t have SatNav, but the Apple access device would allow to you use phone’s Google maps etc. The air conditioning was manual, but this is a keenly priced sector. Sometimes small, seemingly irrelevant things take on great importance. I cheered when I realised you could set the trip computer back to zero with one click, and without having to consult the instruction book. 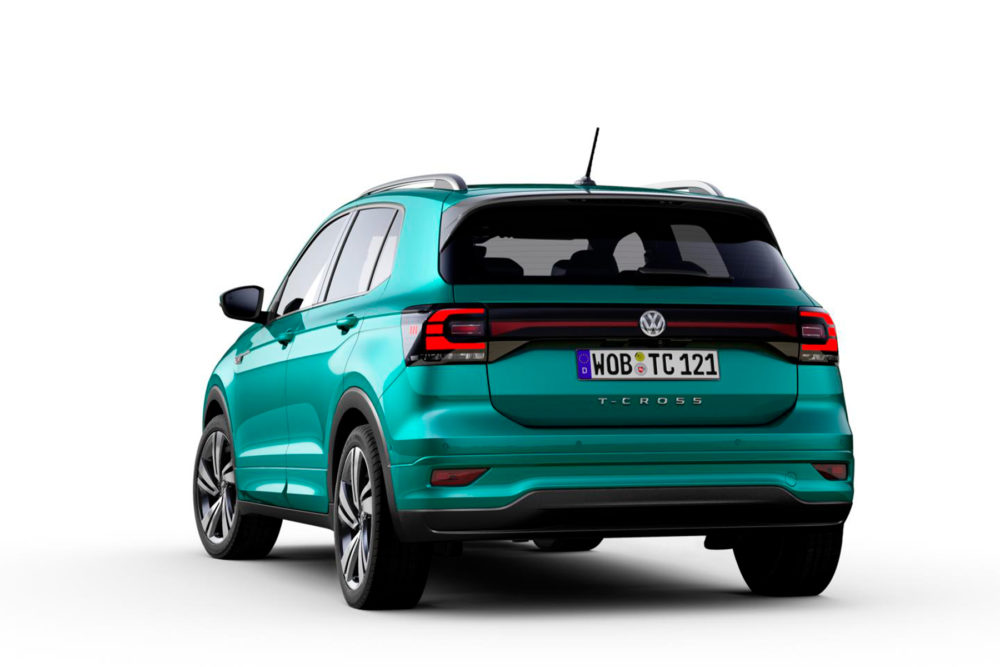 “Take over steering”
There was quite a bit of high tech stuff, including lane-changing and overtaking warnings, but I was startled when the car ordered me to “Take over steering” as I was calmly cruising along an empty country lane on the correct side of the road. That happened about three times during the week I drove the car. I couldn’t find any explanation in the instruction book.

There was plenty of room for rear seat passengers, but the boot was small and it failed the golf-bag test. In my Suzuki Vitara, the golf bag fits in the back snugly, east-west. In the T-Cross, you have to fold down a rear seat. The tailgate door was very heavy but you can’t expect a powered version at this level of the market. And heavy means quality, doesn’t it? 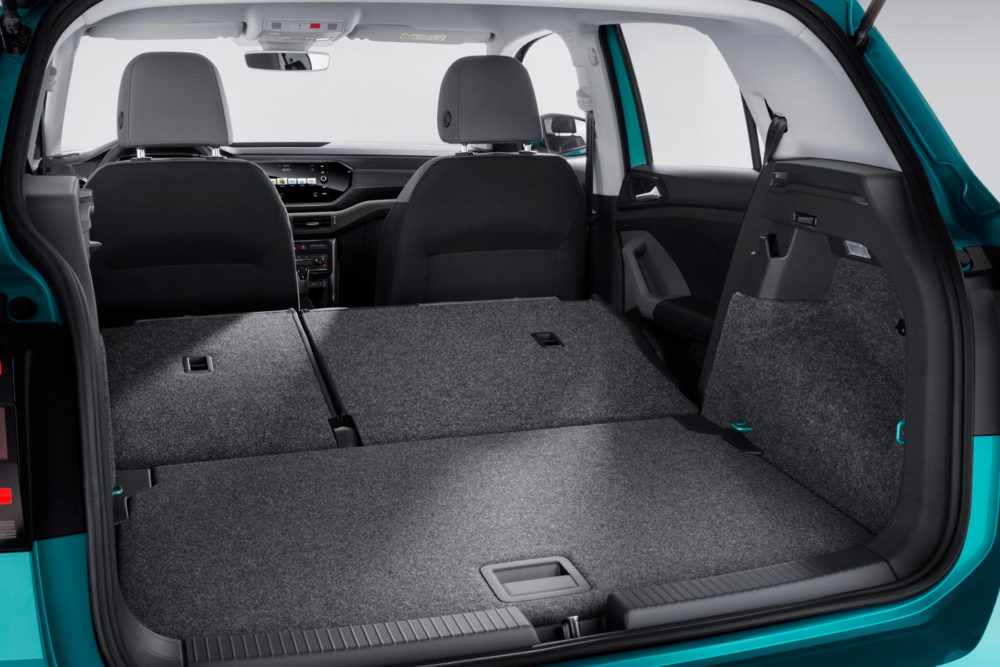 Given that the whole point of the T-Cross is fuel efficient motoring, its fuel economy was disappointing. VW claims 45.7 mpg, and I only managed 36.1 mpg, in very favourable trundling-along-country-roads conditions and a few highway miles and not much in-town driving. Prices start at £16,995, and this version costs £21,140.

According to VW, the new T-Cross features numerous driver assistance systems as standard which had previously only been available in higher vehicle categories. Together with the crash characteristics and occupant protection, the systems boost safety, reduce the risk of a collision and improve driving comfort. That probably explains the “Take over steering” command.

As standard, the T-Cross has Front Assist area monitoring system including Pedestrian Monitoring, City Emergency Braking System, Lane Assist, Hill Start Assist and the proactive occupant protection system. The latter automatically closes windows and the sunroof (if you can stretch to one), tensions seat belts and builds up brake pressure if there is a risk of an accident. The vehicle’s equipment includes lane change assist, Blind Spot Monitor and the associated Rear Traffic Alert. Driver Alert System, Park Assist and Adaptive Cruise Control (ACC), as part of which the vehicle is controlled by a radar sensor to automatically brake and accelerate, are optionally available. 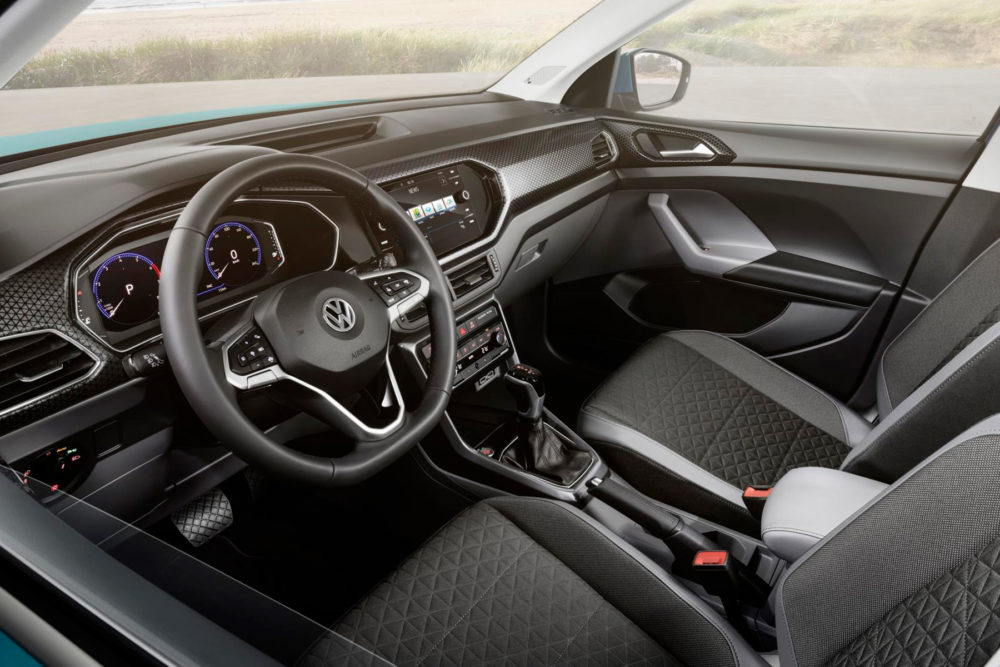 Trim options
Entry level S trim cars are identifiable by their 16-inch wheels, while the whole T-Cross range gets electrically adjustable and heated door mirrors as standard, in addition to an eight-inch touch-screen, rear LED tail lights and automatic headlights.  All T-Cross versions in the U.K. have a sliding rear bench seat as standard. SE examples are equipped with 17-inch wheels, black roof rails and front fog lights with cornering function, and a leather-trimmed, multifunction steering wheel. Prices start at £18,795. SEL add goodies like 17-inch wheels, tinted windows, LED headlights and silver roof rails, as well as front sport seats, and an ambient lighting package. Climate control and a Discover Navigation system are also included, while a driver tiredness detection system and front and rear parking sensors also feature as standard in this £21,650 version. Top-spec T-Cross R-Line models have 18 inch wheels among other things, and prices start at £23,550.

There are five or six speed manual gearboxes available across the range as well as the 7-speed automatic. There’s no 4×4 option, yet, and don’t hold your breath.

What to buy?
The T-Cross, the fifth and most compact Volkswagen SUV to date, sits below the T-Roc in the brand’s fast-growing SUV line-up and is new to this sector. It emerged on the market too late to impact my choice of new car, to replace my Suzuki Vitara. Despite increasing prices (in return for more kit and higher interior quality) I opted for the new Suzuki Vitara SZ5 (I’m still waiting 6 weeks later). I have to admit that the T-Cross would have been a strong competitor, along with the Mazda CX-3, and maybe the Skoda Karoq, which would probably be too expensive along with the Audi Q2 and BMW X1. I loved the T-Cross looks and high quality feel from the heavy doors but not from some of the lesser dials and plastics. The T-Cross is well priced, not least because the room for higher ones is curbed by the T-Roc and Tiguan sitting above it. Maybe next time. 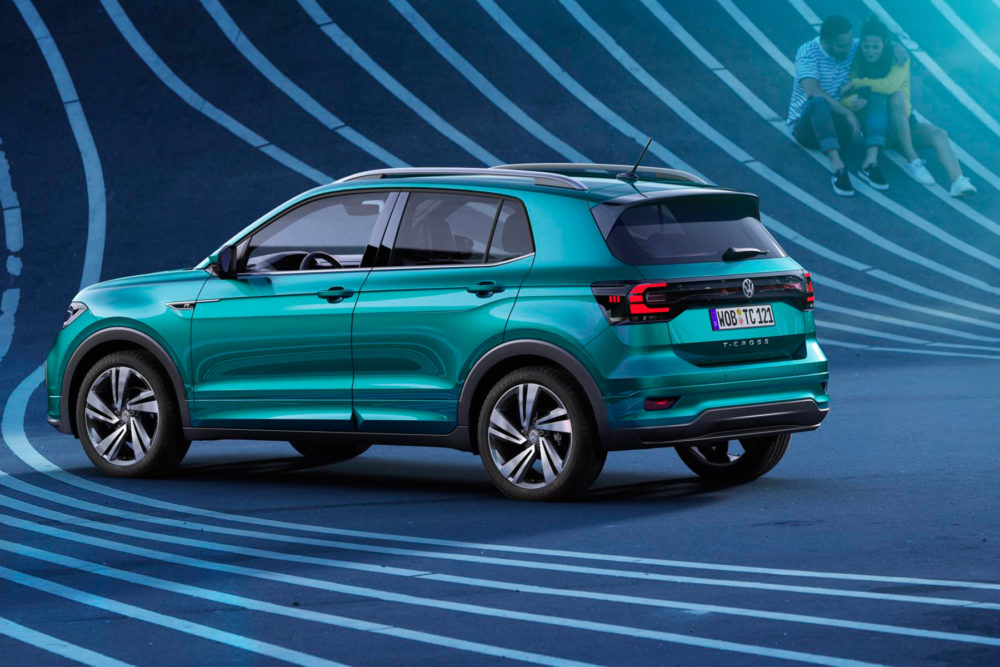