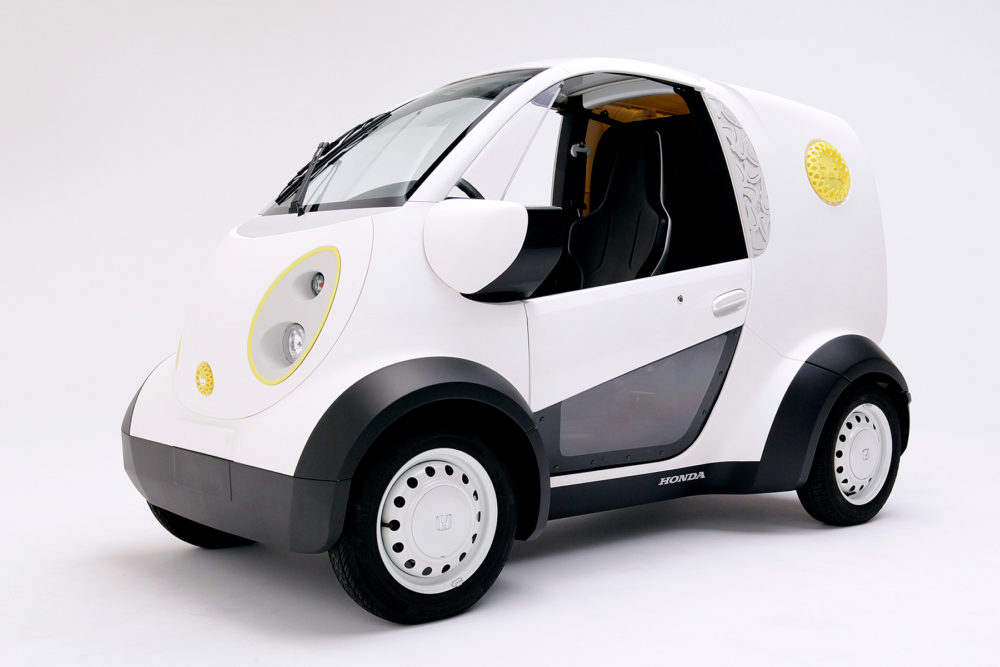 EU CO2 Rules Mean The Microcar Or The Bus, Choice Yours.

“CO2 regulations may spell the end of the small car”

Get used to it Europeans. By 2030 you will probably be driving to work in a little electric car like this Uniti from Sweden. It will probably have two seats, a range of maybe 30 miles or 50 kilometers, and cost under 10,000 euros ($11,137).

This is because car manufacturers will no longer be able to make small cars and money at the same time. The European Union CO2 regulations decree that by 2021, each carmaker must produce cars with an average fuel economy of the equivalent of 57.4 miles per U.S. gallon. This increases to an improbable 92 miles per U.S. gallon by 2030, at least in a conventionally powered car, and that’s the point.

The EU has decided Europeans must and will embrace electric cars. Given the current high price and lack of utility of battery electric cars, that bodes ill for everyday motorists commuting to work. It requires a huge improvement in the range of electric cars and a large dive in price. To demonstrate the massive mountain the EU has created for the industry, in 2015, cars and SUVs were ordered to achieve average fuel consumption of 41.9. By 2018 they’d managed an average of 46.1, but the devastation of diesels has meant that improvement has gone into reverse.

European industry leader Volkswagen has already said it will be impossible for it to make small cars like the Up and Polo profitably by 2030.

Bernstein Research analyst Max Warburton said this will be a problem for all car and SUV makers in Europe.

“CO2 regulations may spell the end of the small car,” Warburton said in a report.

Unaffordable
“This is simply unaffordable on small cars, so many may soon be abandoned by many manufacturers,” he said.

Warburton said manufacturers may look to plug-in hybrids – autos with both battery and internal combustion engine with perhaps 30 miles of battery only range which can be replenished from a charge point. This will protect profit margins to some extent, with premium manufacturers with high prices like Audi, BMW and Mercedes best able to cope.

If buyers are forced into battery only cars or SUVs, the sticker shock will be horrendous. The most affordable little electric cars like the Renault Zoe and Nissan Leaf still cost about twice as much as a conventionally powered car, because of the high cost of batteries. Even though prices are starting to become more affordable, this suggests a lot of people will have to forego the car and look to public transport instead.

Charging to the rescue; let me introduce you to the Uniti from Sweden, the Citroen Ami 1 and the B-Nano. More like high-tech golf-carts, they aren’t on the market yet but should be available in a couple of years. Sure they are tiny compared with current small cars, and need to prove their utility, but at least will be preferable to public transport.

Meanwhile, Dyson, the British maker of vacuum cleaners, hair dryers and air purifiers, has said it will spend $2.7 billion developing electric vehicles. It made the announcement last year, and initial speculation suggested this would probably be a small, cheap and cheerful city car. But a couple of weeks ago Dyson published some teaser information suggesting it would be more like a big Tesla Model S than a golf-cart, but gave no firm hint as to what the final product will look like when it is introduced in 2021. 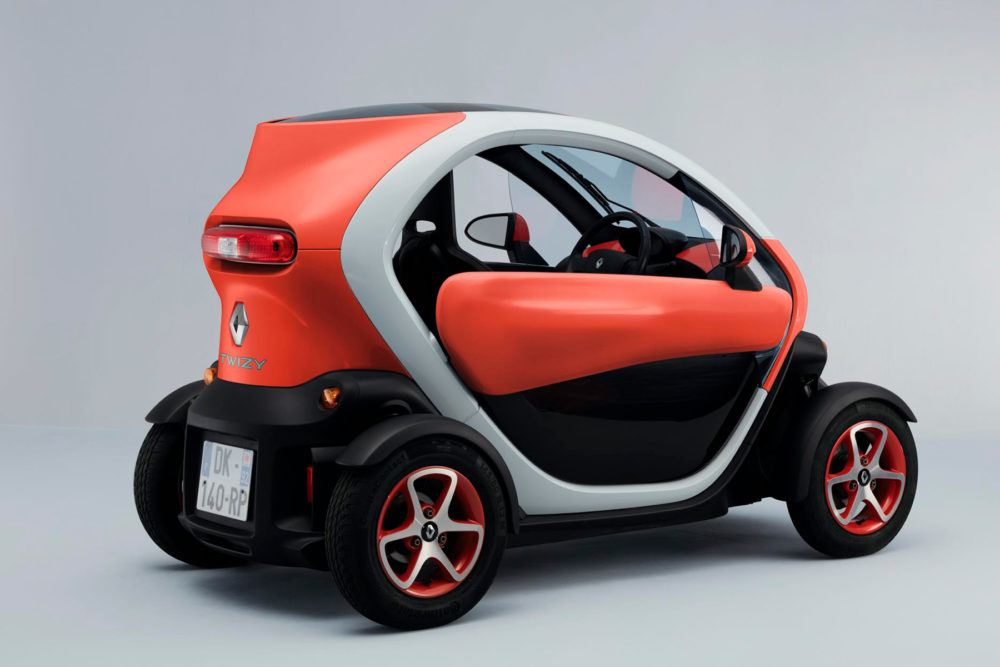 Too Big, Too Expensive
According to Nicolas Meilhan, Paris-based analyst with EV-volumes, car manufacturers have let down the public by trying to create electric cars that are just like traditional ones. Because of the popularity of big SUVs, they have come up with electric cars like the Jaguar I-Pace and Audi E-Tron, Tesla S and X, big, heavy vehicles with massive batteries and eye watering prices. Meilhan says manufacturers are going in the wrong direction and their electric cars work only for the rich. To make ambitious sales targets, manufacturers need to change direction, radically.

“They have to make electric vehicles affordable for more people. For that you need to reduce the size of the battery and therefore the car. We need lighter weight cars (like the little Citroen Ami 1) that are more affordable. Forget trying to make a car that does everything. It’s better to use hybrids for long journeys, not least because there will be a shortage of big batteries by 2025, if car makers continue their current direction,” Meilhan said.

Julia Poliscanova, Clean Vehicles manager at Brussels-based environmental lobby group Transport & Environment, said manufacturers shouldn’t be complaining about the tighter rules on fuel economy because by pursuing the burgeoning market for SUVs, which are bigger and heavier than sedans, they have created the problem.

(Investment researcher Evercore ISI said in a report that the EU industry needs to improve fuel economy by 20% in 2020 to avoid total penalties of 32 billion euros/$35.6 billion).

“If they’d (manufacturers) concentrated on smaller cars, they wouldn’t be in trouble,” Poliscanova said.

“If manufacturers hadn’t created these larger vehicles, electrification would have been much easier and sustainable using less resources,” Poliscanova said.

That does beg the question of where demand originates. Is it manufacturers creating the market, or consumers demanding bigger, better and safer sedans and SUVs? If it is the latter, the EU is trying to force motorists into cars they don’t want.

If electric car sales do reach 25% of the global market by 2025, and they are all at least 20,000 euros ($22,274) and VWs, Renaults or Peugeots, the big carmakers can relax and wallow in the profits. If they are mostly 10,000 euro Unitis, Citroen Ami 1s or B-Nanos, shareholders may be licking their wounds and wondering what happened to their pension pots. 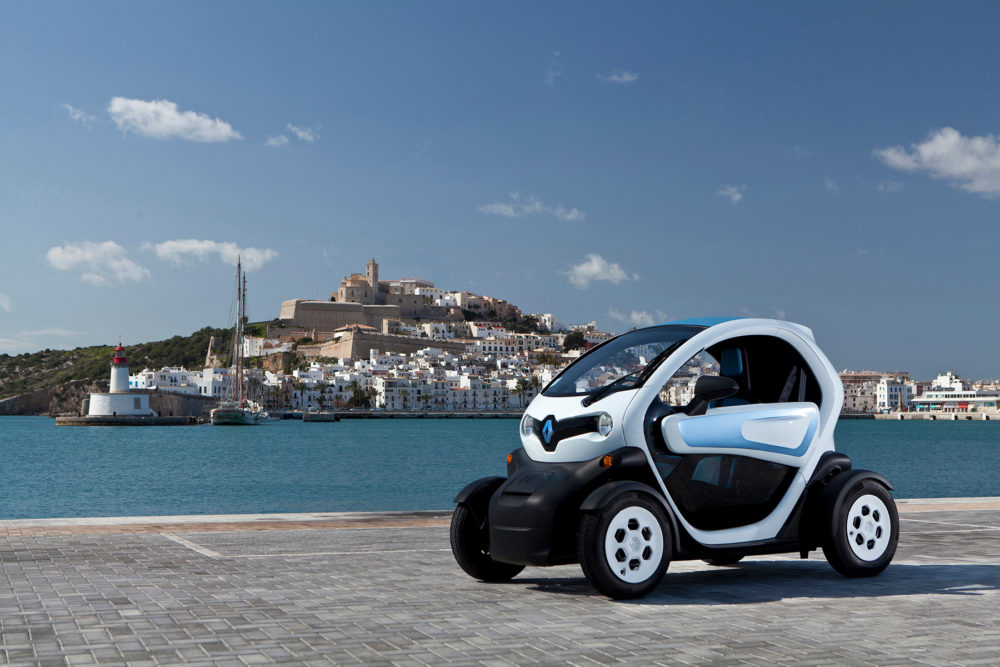