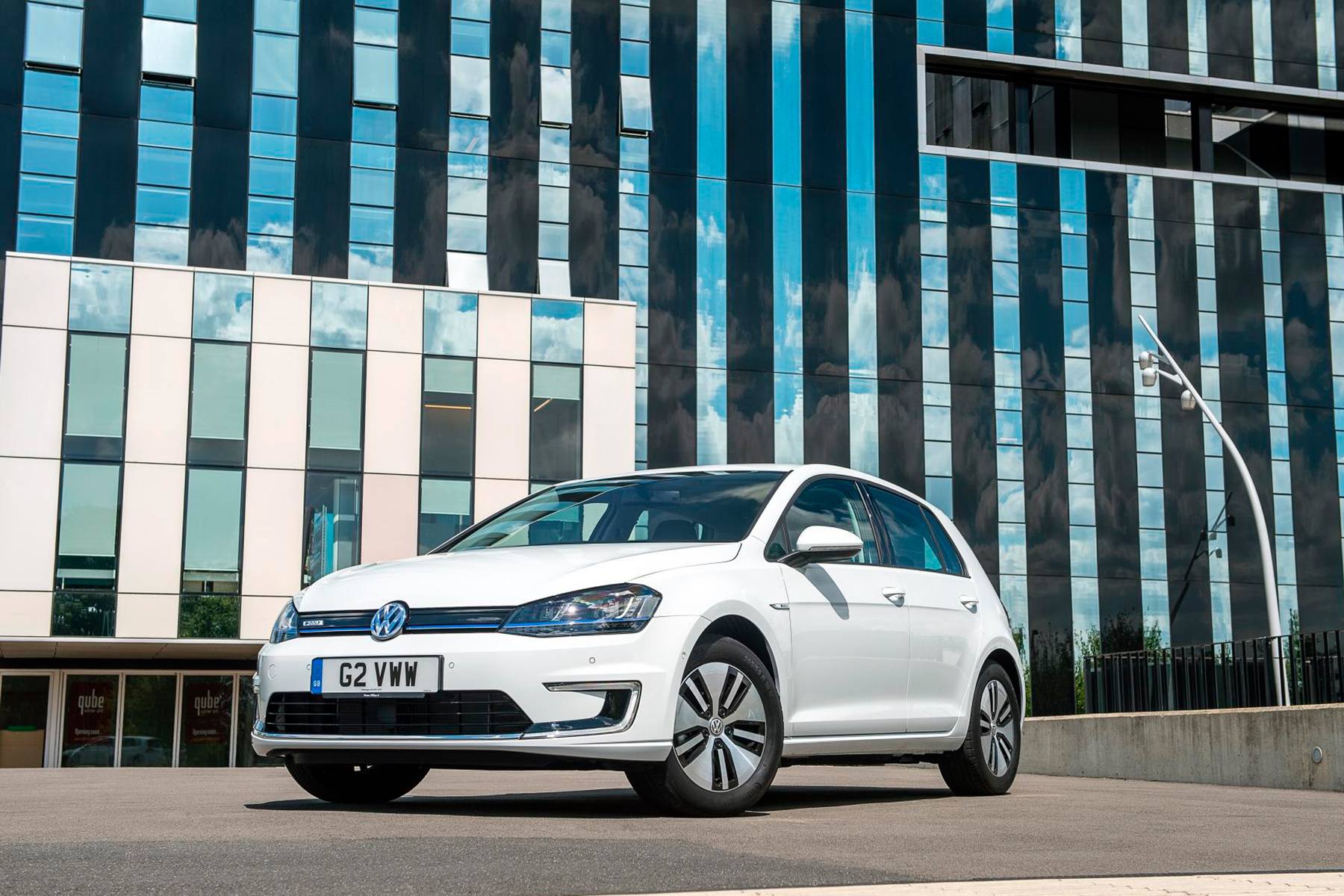 It was very brave of Volkswagen to let me drive its all-electric Golf. After all, it will soon be replaced by the all-new from the ground up ID.3.

The e-Golf’s range of 145 miles with a 35.8 kWh battery is clearly inadequate, particularly when you look at the price of £33,840 before the £3,500 government grant. Under routine urban and rural driving the actual range claim seemed pretty accurate. All bets are off once you hit the motorway. Charging also would be easy and convenient if, like me, you have a decent home system and you use the car for commuting. I use ChargePoint, and more about my experience of on-the-road charging later. 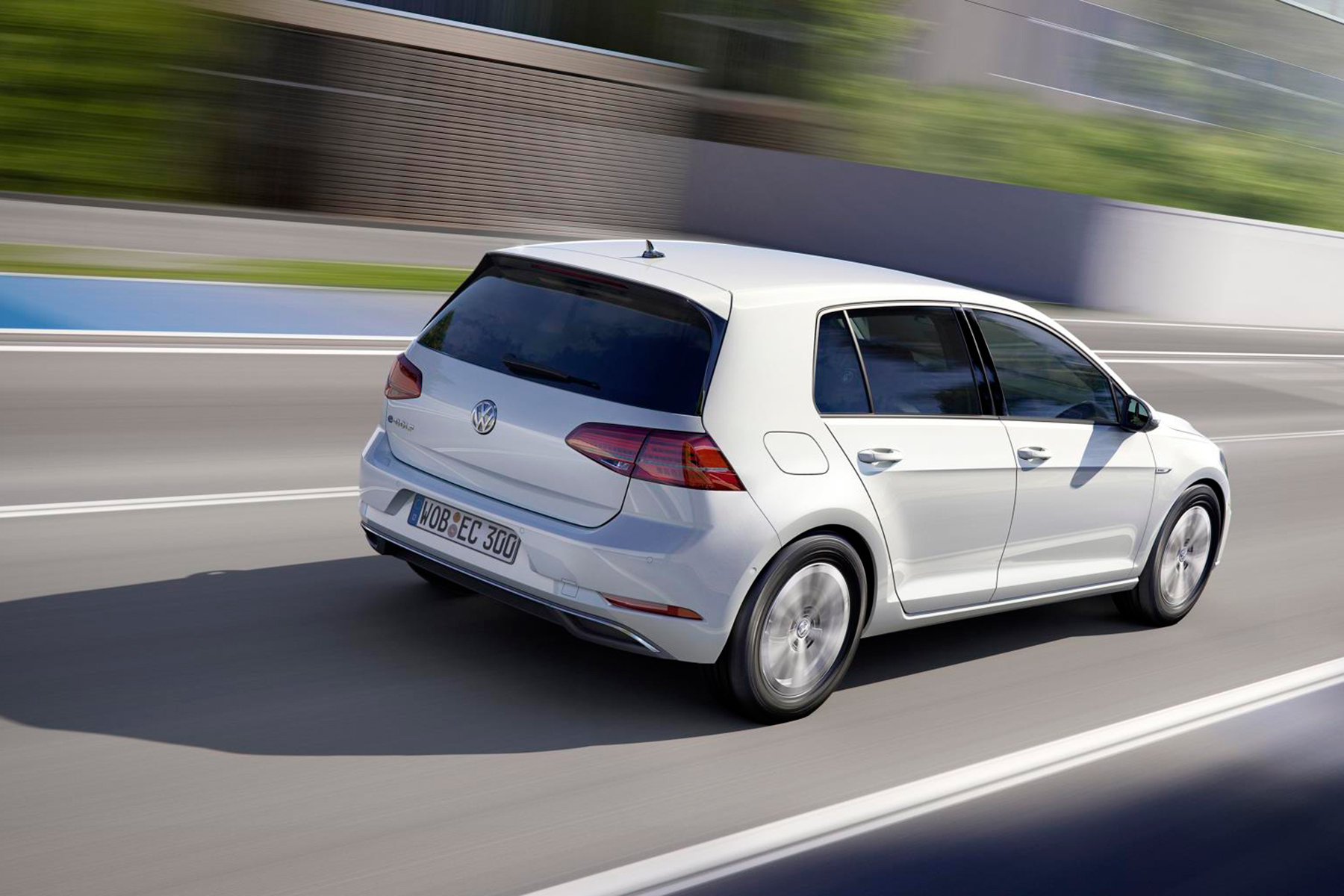 The e-Golf was very easy to live with. It’s just like a regular Golf inside, with high-quality materials. The handling and ride was terrific as you’d expect. It was a fabulous car to drive though, with the electric motor giving it amazing and eerily-quiet acceleration. Certainly there is no noise from the motor, but road noise was intrusive. VW’s claim that 0 to 60 mph takes 9.6 seconds felt like a conservative figure. It felt more like 7.5 seconds, as the car leaps forward with no gear-changes required. When you drive over undulating country roads it was great fun to engage the regenerative braking system to maximize fuel economy. I used the maximum “B” mode and on a country road managed to travel about 10 miles without using any battery power at all. But the next section was on a motorway and any idea of a free lunch quickly disappeared. I found that the readout of the battery capacity understated use by a small amount. On one run I actually drove 24.2 miles when 99 miles were said to be available, but the system said 65 miles were actually now left in the tank, not the expected 74.8 miles. 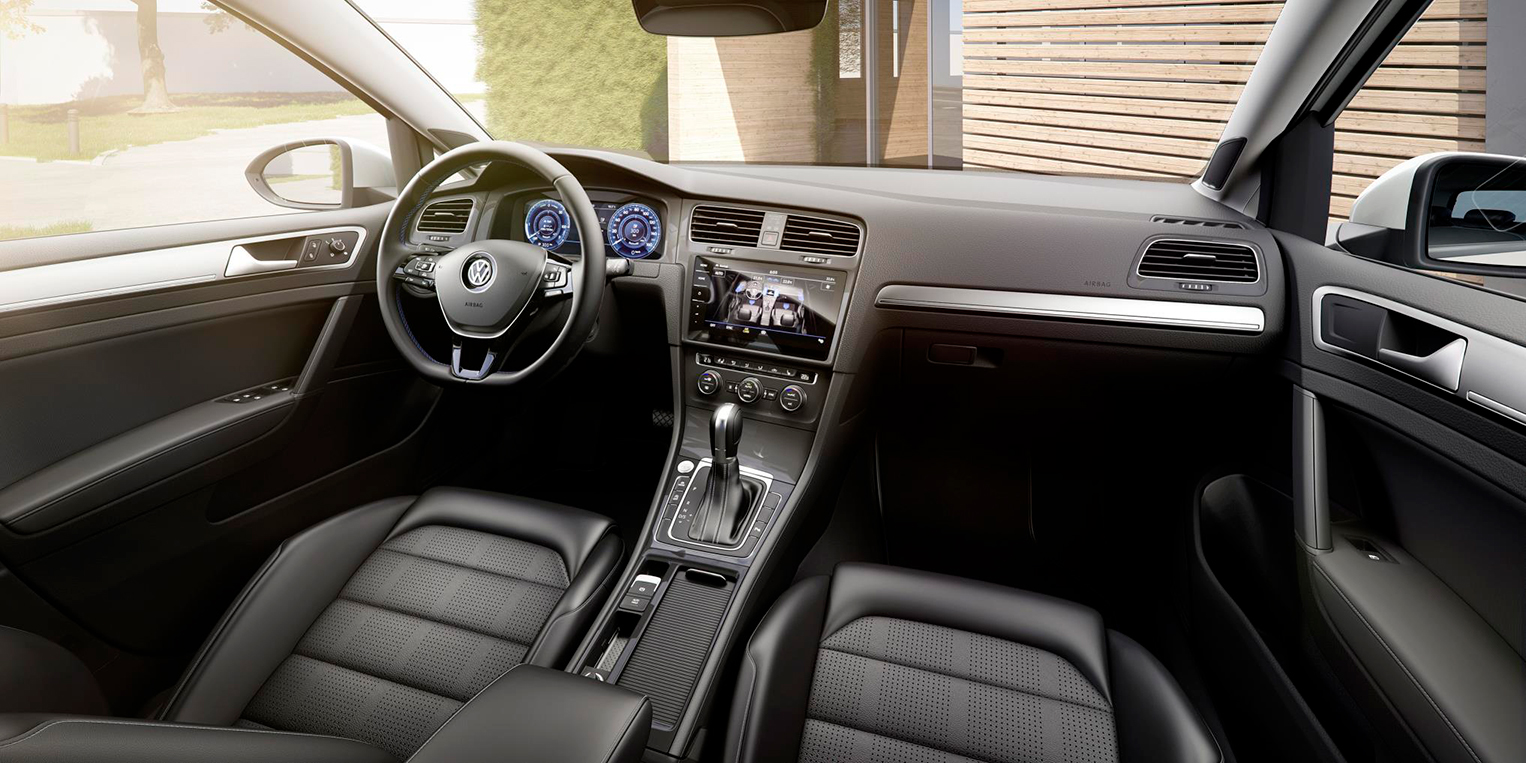 Gauge the cost
It’s difficult to gauge the exact cost of all-electric driving, but I would estimate that it would be much less than 20% of traditional petrol or diesel. As soon as electric power becomes more popular, and government revenue from taxation starts to dive, expect it to soon attract a similar 70% series of taxes.

The battery is guaranteed to retain 80% of its original power after 10 years, assuming 9,000 miles a year. Given reports that constant supercharging seriously depletes battery life, that might be a promise that bites VW back.

The charging experience is just fine if you have a home charger, but once you venture out of your comfort zone, watch out.

It’s not just the lack of charging stations, but their clunky operation and unreliability. Future buyers of electric cars will expect them to be just as convenient as internal combustion engine (ICE) vehicles. When word gets around that electric car buyers are wasting a huge amount of their time queuing up at charging stations, or finding the billing systems time consuming and opaque, sales will stall. 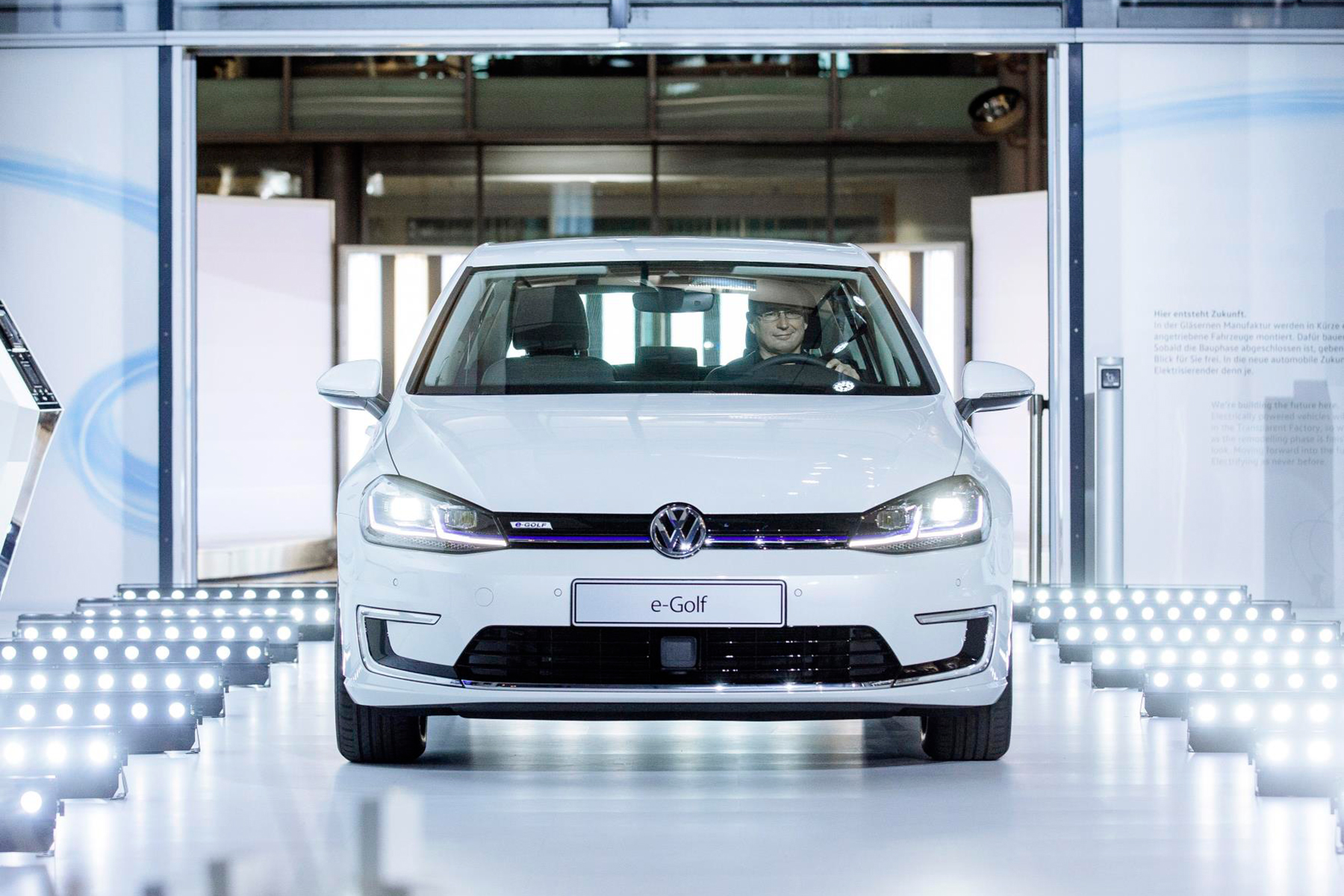 The local charging network in West Sussex around Worthing was hopeless. I’ve used Zap-Map (www.zap-map.com) to pinpoint chargers, but this has been chronically unreliable and suggested charger locations which often didn’t exist. This time the first supercharger station, which can fill the battery to about 80% of its capacity in 40 minutes, was at a local supermarket. It was out of order and closed.

Ten miles north-west was another supercharger. I parked the car and phoned the number on the machine for instructions on how to connect the thing. I had an account with the company running the machine. After a 15 minute wait on the ‘phone I got through, and 45 minutes after that and numerous attempts, we gave up. It didn’t help that the screen of instructions on the charger couldn’t be read in bright sunlight. 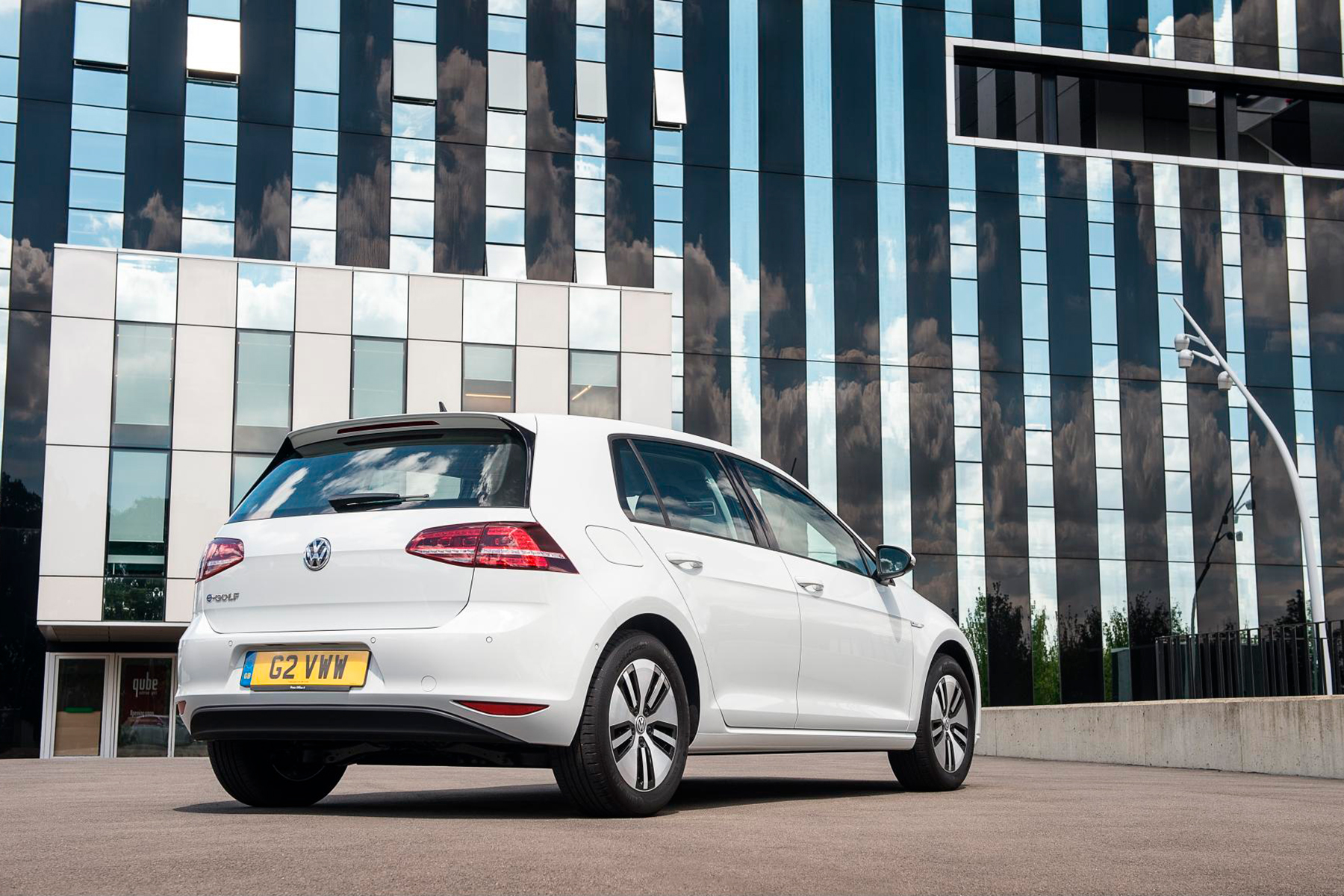 Fifteen miles east for another supercharger. This one was owned by a different company and wouldn’t recognise my account and demanded I download an app and fill out a form with address and banking details. I declined, wondering why the machine couldn’t handle a simple credit card deal. As I was preparing to leave, another e-Golf drove in. The vehicle, emblazoned with ads was clearly on loan from a dealer. The driver, a well-dressed man in his late 30s with wife and baby, clearly assumed that “filling up” an electric car would be almost as easy as a gasoline vehicle. He approached the machine and went for the standard charger. I asked him how many miles he had in the tank – 20 miles – and how far he needed to travel – 80 miles. I told him if he wanted another 60 miles that method would take possibly at least 3 hours and he should use the supercharger. In those circumstances, even the supercharger taking about 30 minutes seems grossly inadequate compared with the less than 5 minutes and no hassle promised by the ICE method.

What to buy?
Obviously an e-Golf is not a sensible proposition given that it will soon be replaced by the VW ID.3, designed from the ground up to be all electric. I would have liked a bit more evidence on the outside of the car that the driver had invested heavily in a car that was kind to the climate, and therefore had much virtue. The badges to that effect were too discrete. Currently, affordable electric cars include the Nissan Leaf, Renault Zoe, Kia Soul, Kia e-Nero, Hyundai Kona electric, Smartfor2 electric and VW e-Up. I’ll be driving the Renault Zoe this month and a picture of what’s good and what’s not will soon emerge. 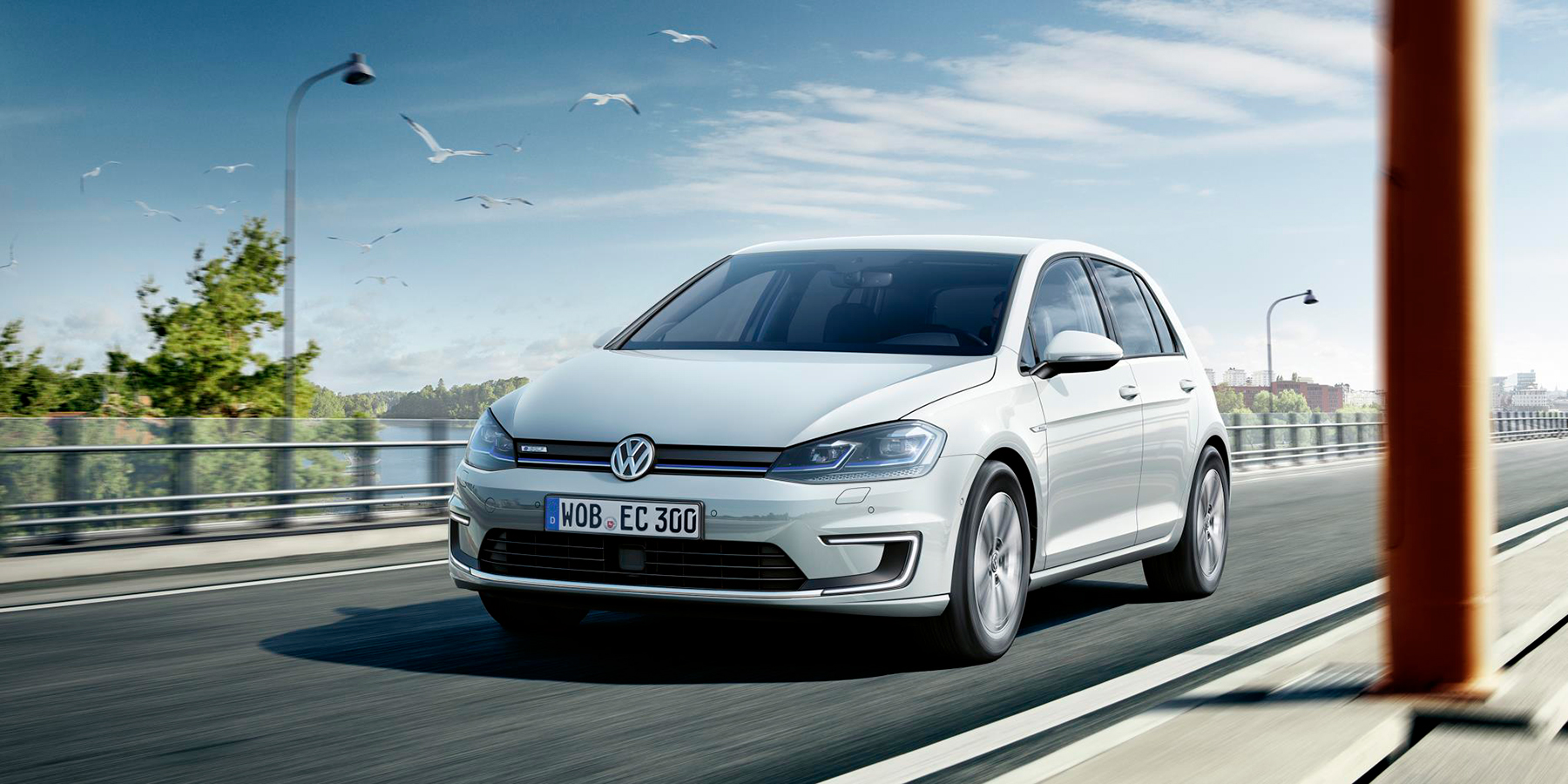