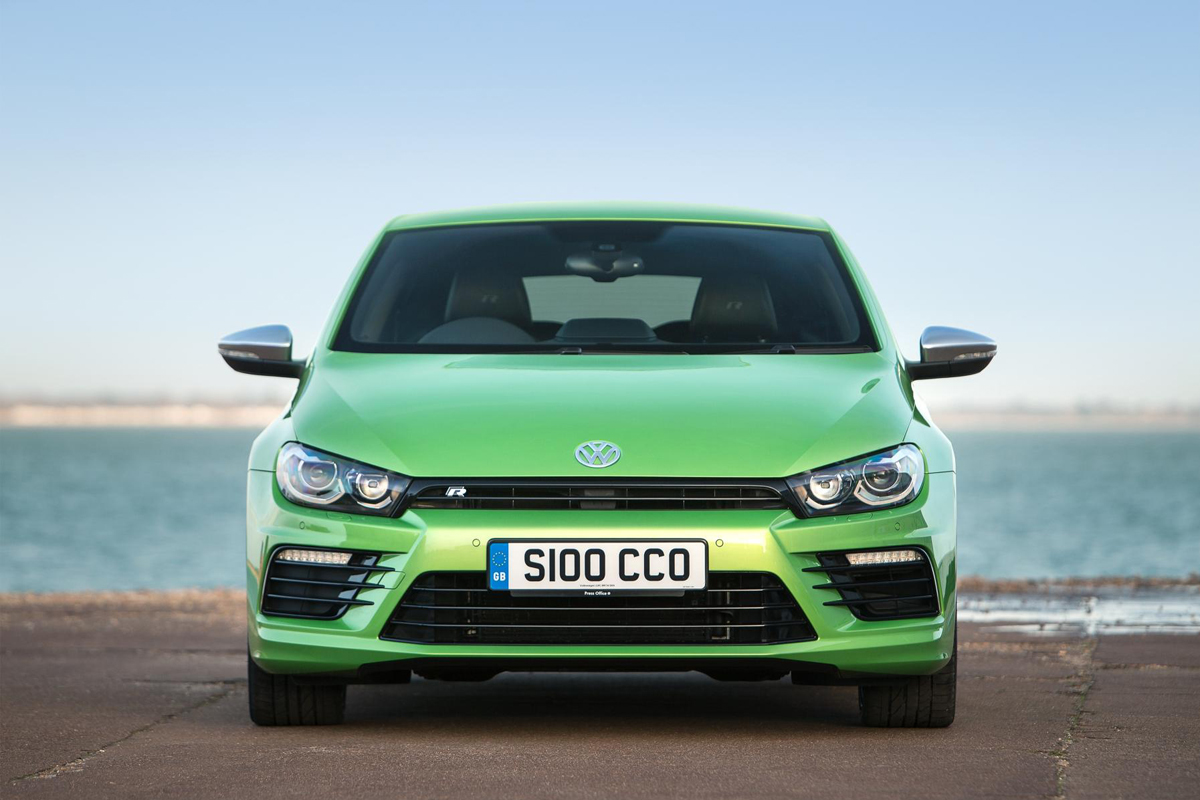 The Volkswagen Scirocco divides opinion, at least the way it looks does.

There’s no arguing about the dynamic quality of the car though, at least the hot one I drove with 276 hp. The way it’s built and its handling are beyond reproach, although the suspension seemed incredibly harsh. The interior was beautiful – well laid out and neatly packaged. 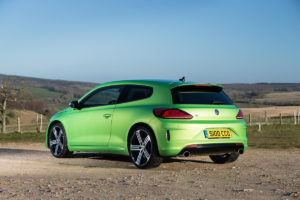 With a sporty car like this which is bought as much on emotion and whim, rather than hard-headed economy and utility like a regular car, I’m afraid the Scirocco loses out. Its body design is still all over the place. From a distance it looks like a small estate car. Step a bit closer, and there’s no consistency in the way the car’s lines develop down the side. From the back, ditto. From the front it looks OK.

The third-generation Scirocco made its debut in Geneva in March last year and comes with a new range of engines that offer up to that 276 hp. It looks exactly the same to me, but VW says it has new headlights and tail lights, as well as revised bumpers. On models with optional bi-xenon headlights, the daytime running lights are LEDs within the main headlights. All Sciroccos now have LED tail lights. 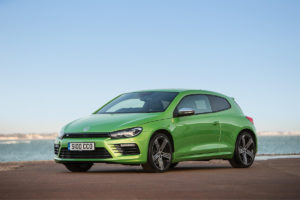 Under the bonnet are six new turbocharged direct-injection petrol and diesel engines, all of which meet EU6 emissions standards. The petrol range includes a 1.4 litre petrol with 123 hp and a new 2.0-litre 178 hp. There’s a 2.0 litre 217 hp version, and then the range-topping R’s 2.0 litre 276 hp hotrod. There are a couple of diesels. The four trim levels are Scirocco, GT, R-Line and R. Inside, the dashboard for the R has been updated, with new look dials and an auxiliary instrument cluster above the centre console, consisting of chronometer, charge pressure and oil temperature gauges.

The R-Line model which I drove is very well equipped as you’d expect for £35,195. Prices start at £20,735 for the Scirocco range. This version had a six-speed manual gearbox, although an automatic is optional, with stuff like top rated stereo and navigation, electric seats and tinted glass. Funny, but the Viper Green body colour, which looked so outrageous when I first drove it in 2010, looked less lairy for some reason. 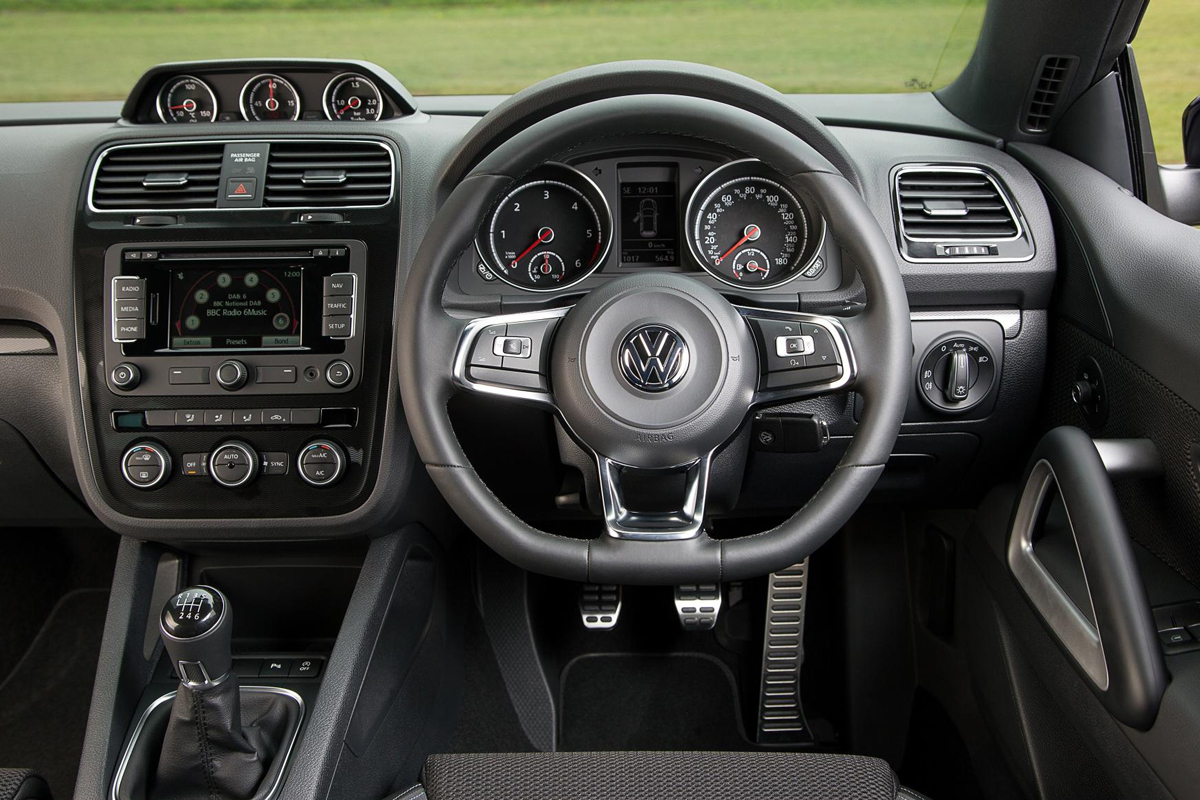 Comprehensive
A comprehensive range of safety features is fitted to the Scirocco as standard. These include six airbags, Electronic Stabilisation Programme and ABS with Hydraulic Brake Assist.

The Scirocco has been around for a long time, and it’s only comparatively recently that the idea of a hot wind blowing across the desert might bring mad Islamists and beheaders, rather than dates and Arabian nights. But if you look at the competition, even from the Peugeot at the bottom end of the price range to the Porsche at the top, it’s hard to see how the VW makes a claim for a sale. 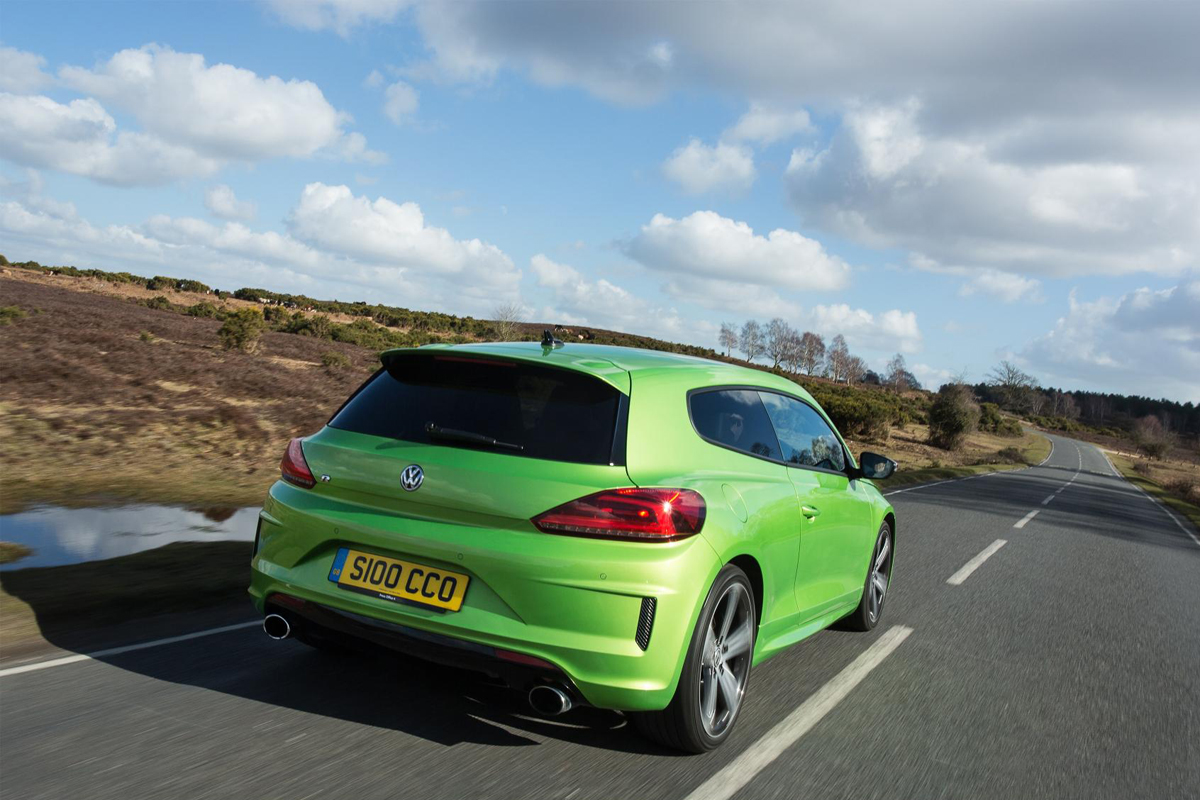