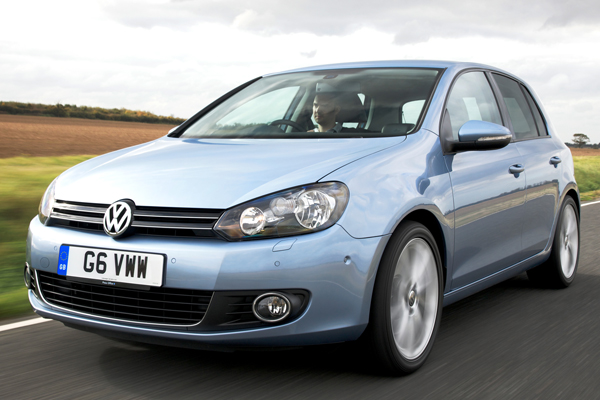 Hard To Fault This Sixth Attempt At Perfection

This is the sixth time Volkswagen has reinvented its big selling Golf, so it’s not surprising that the company has got just about everything right.

The quality of the car is amazing. From the satisfying “clunk” of the doors, to the beautiful, understated interior and the feel of the steering wheel, the car reeks of premium engineering. Turn on the diesel engine, and there’s the merest hint of clatter before the noise subsides almost instantly to a warm hum. 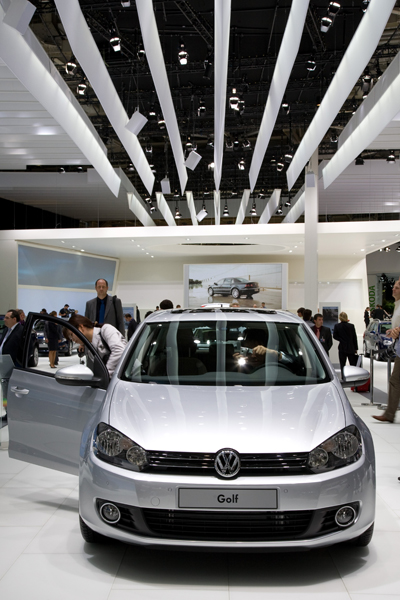 I’ve just been driving the Golf 2.0 litre GT turbo diesel with the DSG automatic 6-speed gearbox. On the road this car felt lightening quick, with the gearbox instantly responding to the need for acceleration and the steering BMW-like (or maybe I should say Audi like, given the sibling relationship) in its lightness and precision. The suspension effortlessly smoothed out the bumps, with just a hint of German firmness. The engine develops 138 bhp, that’s pretty powerful for a diesel car of this size, and it felt eager to respond; a bit too eager perhaps. I had great difficulty in keeping to speed limits. It is seriously quiet on the highway.

Gatso Gestapo
In fact I might have been done by the Gatso Gestapo on a bridge over the M27 approaching Chichester. Thanks to the Land Rover driver coming the other way for flashing his lights, I think I managed to get down to a level which won’t result in the dreaded brown envelope. (Not that I was going all that fast, come to think of it).

It’s fascinating just listening to the DSG gearbox work. If you are in traffic and moving off at a modest speed, you can hear the gears changing, thrum, thrum. The change is so fast and accurate you can’t imagine Lewis Hamilton managing it any quicker in the unlikely event that he would ever face a manual gear change. The DSG gearbox has two clutches. When you are in the current gear, the system knows if the next gear change is likely to be up, and the second clutch prepares to do just that. It’s at least as economical as a manual gearbox. The computer software does a great job of always (when you are in economy mode) making sure you are in the highest possible gear with the lowest engine revs. In the unlikely event that you would feel like changing the gear manually, you can do that. Sport mode does everything a little bit quicker.

If you avoid sport mode you will get very respectable fuel consumption. I managed an average 44.8 mpg-6.3 l/km over 548 miles, mainly motorway or country lane driving and very little city stuff. VW claims the car will do an average 52.3 mpg-5.4 l/km, so that’s pretty close I’d say. 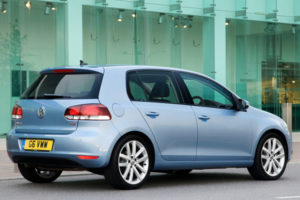 Which brings me to a bone-of-contention-or-two; this car was fully loaded and included parking sensors front and rear, automatic headlight dimming, automatic headlights, rain sensor and metallic paint. The interior, which also had nifty aluminium insets, had so-called “Alcantara” upholstery, a kind of faux leather which was very nice. Cruise control, tyre pressure monitor, and tinted rear windows had also been thrown in. It was MP3-compatible, with a neat interface with the radio. I expected that a car costing this much would have individual air conditioning controls. And the three knobs for heating, demisting and fan, were too small and fiddly, with the writing too small for anyone over 50.

Price: £21,120-€22,500. And no Sat Nav. That does seem a bit steep, and makes me wonder about the car’s place in the market. Surely, at this price, the power of the Audi badge is needed to move the metal? Also, when you are talking prices of over £20,000 don’t you need a bit more pizzazz? The shape of the car shouts Golf. It really does still look remarkably like the old one. In fact, I rented a Golf 2.0 TDi FourMotion for a week in Geneva earlier this month, and I can’t be sure if it was a Golf V or Golf VI. I do remember the drab interior and the noisy engine, so maybe that was an old one. Still, VW must know its customers; it has been mighty successful for a long time selling this car.

Replacement in 4 years
When it was unveiled at the Paris Car Show last October it transpired that this car was built on the same platform as the older model but about 60 per cent of its components are new. This latest Golf is set for replacement in only 4 years, when VW will introduce its new so-called modular platform, which will allow cost-cutting and weight shedding on a bigger scale. 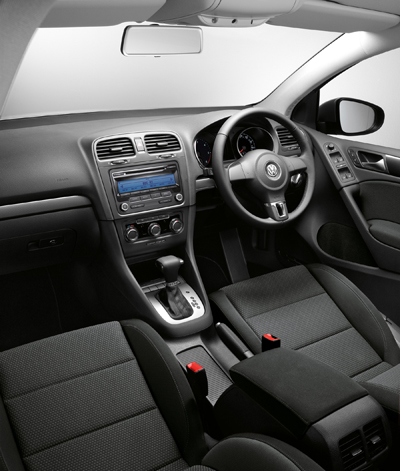 When potential car buyers do their research on their new car, it’s always difficult sifting the evidence. Even car magazines which do group tests can often muddy the waters with their inbuilt, undeclared prejudices. Some mags (no names, no pack drill) still harbour an anti-Japanese fetish. Others (ditto) are easy meat for the car company’s subtle bribes, which often only amount to privileged access, rather than anything monetary.

But for what it’s worth, here’s a recommendation for the Golf from an investment banker. Before you turn the page, just remember that investment bankers have to make decisions about car companies that often risk their bank’s money. If they get it wrong, their precious bonuses may go up in smoke. So if you are after unbiased, professional advice, try this.

Credit Suisse says it compared the Golf with that other pretender for Europe’s favourite family car, the Renault Megane. The Golf won hands down in the battle of costs, the fight that really matters in these difficult times.

Megane loses, as does the 308
“Megane is likely to lose the battle against the new Golf. We think the car is likely to disappoint due to strong competition from VW’s Golf which offers 10 to 15 per cent superior fuel economy at a 10 per cent lower total cost of ownership,” Credit Suisse said.

Another competitor, Peugeot of France’s 308, also fails in a contest with the Golf.

French engine technology is inferior to the Germans.

“VW benefits from superior fuel efficiency and performance credentials thanks to early adoption of turbo-charger and direct fuel injection technology. We expect the new Golf to dominate its segment thanks to significant advantages,” the bank said.

The Golf has a 30 per cent fuel efficiency advantage over the 308, and 20 per cent over the Megane, it said.

Prices start at £13,150 for a 1.4 litre, 3-door petrol. There are petrol and diesel choices, with 5 and 6 speed manual gearboxes and even a 7-speed DSG. There’s a high tech petrol engine of only 1.4 litres which produces about 158 bhp. Trim levels move from S though SE to GT.