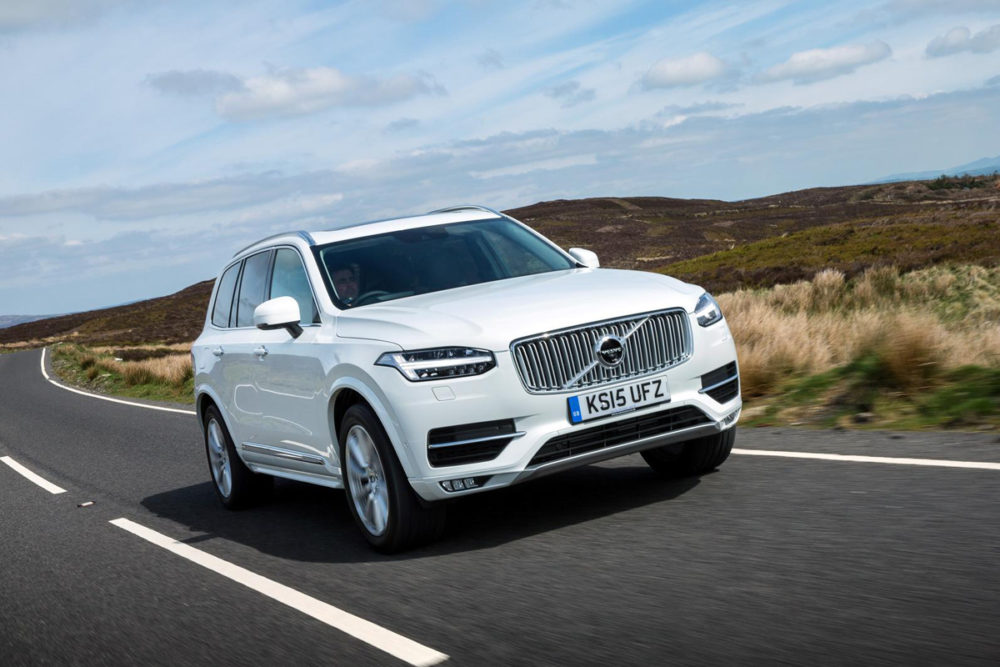 The Volvo XC90 is a handsome, high-quality SUV, and this version has an amazing little diesel engine which delivers terrific performance. 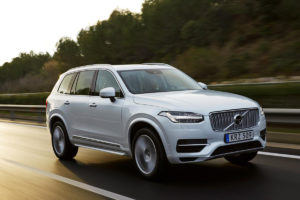 Twinning a 2.0 litre, 4-cylinder diesel to a huge beast like this sounds like a recipe for a struggle to keep up with the traffic. But this twin-turbo motor delivers 225 hp and great performance, most of the time. It struggles and gets a bit noisy a bit at low speeds, with turbo-lag when you need acceleration to get on to a roundabout, for instance. This isn’t the turbine-smooth delivery you’d expect from a vehicle costing just over £60,000. But when it gets rolling you’d think the engine was much bigger. Acceleration is impressive, and high speed cruising is suitably serene. The handling is surprisingly sharp and accurate too, and the car keeps reassuringly flat through bends.

The use of much computer power to keep you safe has an unwelcome and occasionally scary side effect. If you move towards the road markings on a multiple lane highway, the steering occasionally seems to have a flat spot, as, (as indeed it has) been taken over by someone else as the computer seeks to over-ride any mistakes it considers might be dangerous; the shape of things to come, indeed. The computer system also generates a red warning line at your eye level if it considers you are getting too close to the car in front. This was strange because in the first few days of driving the XC90, this didn’t happen. I must have touched a button somewhere which turned this on. There’s also a more serious warning which flashes across the windscreen if the computer detects imminent danger. This went off a couple of times when there was nothing to worry about. This happened with a previous Volvo, and might be triggered by birds flying across the vehicle’s path. 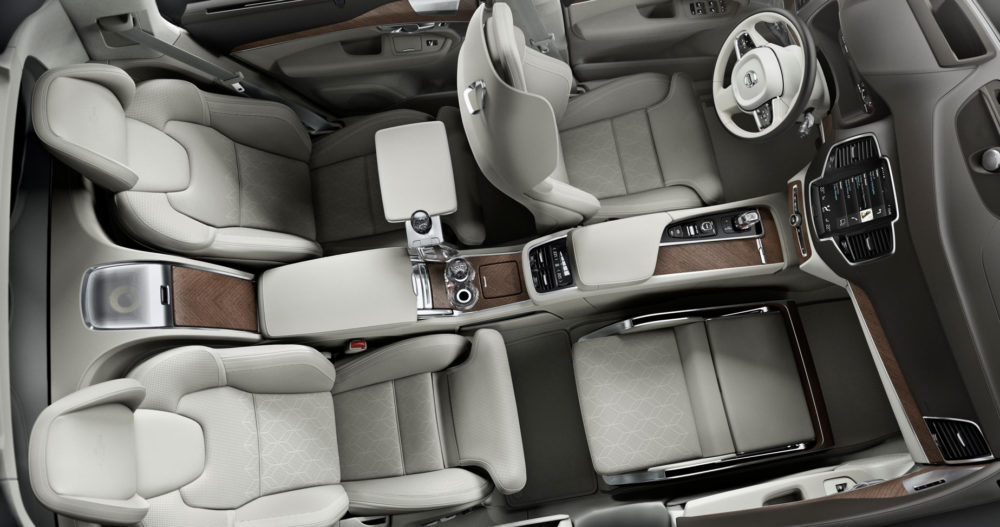 Stunning interior
The interior on this Inscription version was stunning, with beautiful cream leather and impressive wood inlays. The quality of the wood reminded me of recent visit to the Bentley factory, where they know a thing or two about luxury. Not surprisingly, there is a huge amount of space inside, with an extra third row of two seats hidden under the floor in the boot. There’s a big touch screen in the middle of the dash-board, very Tesla-like and becoming ubiquitous in more expensive vehicles. This supposedly intuitive system managed to hide access to the AM radio channels for a few days. When I eventually managed to get AM, FM suddenly decided to hide itself. The Sat-Nav also didn’t appear to have easy access to post-code direction. Like most modern cars, there is huge amount of technology available to make life easier, but unless dealers organise say, a two-hour seminar to explain it all, they are likely to go to waste.

When I first saw the new design of the XC90, I thought it was a mistake because what had previously been an instantly recognisable Volvo seemed to have become an anonymous blob, looking just like everything else. The only feature retained from the old design was the view from the rear, which with the lighting arrangement unmistakeably spelt XC90. I’ve warmed a bit to the new design, and could be persuaded that it is understated and handsome, but I’m kicking and screaming on the way. The “looks” competition from the Range Rover Discovery for instance doesn’t make this mistake, but I’m sure Volvo has better insight into their buyers than I do. 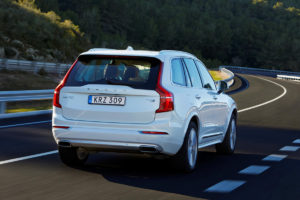 As for the fuel consumption, Volvo claims 49.6 mpg, but I only managed an average of 32.2, admittedly with the second tankful hurt by a bit of off-roading. The previous excursion, on country roads and highways likely to produce terrific economy managed “only” 34.6 mpg. That sounds impressive to me for such as big vehicle. Why exaggerate perfectly respectable figures? The XC90 has a neat refuelling system which does away with the need for a screw-on cap. I’ve only seen this previously on Fords. You won’t read much about progress in pumping fuel in the media because most reporters don’t consider this to be any of their business. That’s why we now have a scandal about false mileage claims because the media often accepts the hugely exaggerated official data put about by car companies. It doesn’t verify this most important piece of information by putting its money where its mouth is.

If you’re thinking of buying an XC90, prices begin at £45,750. The base offer is called Kinetic, followed by Momentum. The Inscription version which I drove is designed for customers that “want an elegant look and a luxurious experience, while R-Design has a sporty and dynamic aura.” My Inscription had a top of the range Bowers & Wilkins sound system.

As well as a choice of two litre diesels, there’s a plug-in hybrid with a petrol motor. The latest hybrid delivers a claimed 134.5 mpg and a combined 407 hp. (Why do I know that this mpg claims is nonsense?) The two petrol engines available offer 320 or 254 hp.

What to buy?
So what do you do if you have around £60,000 and want to buy an SUV? Not surprisingly the competition is impressive. I would eliminate the BMW X5 because it is too ugly. The VW Touareg goes because it is a VW and not a premium brand. Come to think of it, you could argue the same about Volvo. My favourite in this area has always been the Range Rover Sport for its looks and for the waftability of its driving experience. The Audi Q7 is all new. The Porsche Cayenne has an interior which even rivals the Range Rover. The Volvo though will appeal to those who seek a more anonymous presence on the road, so maybe there’s method in the design after all. 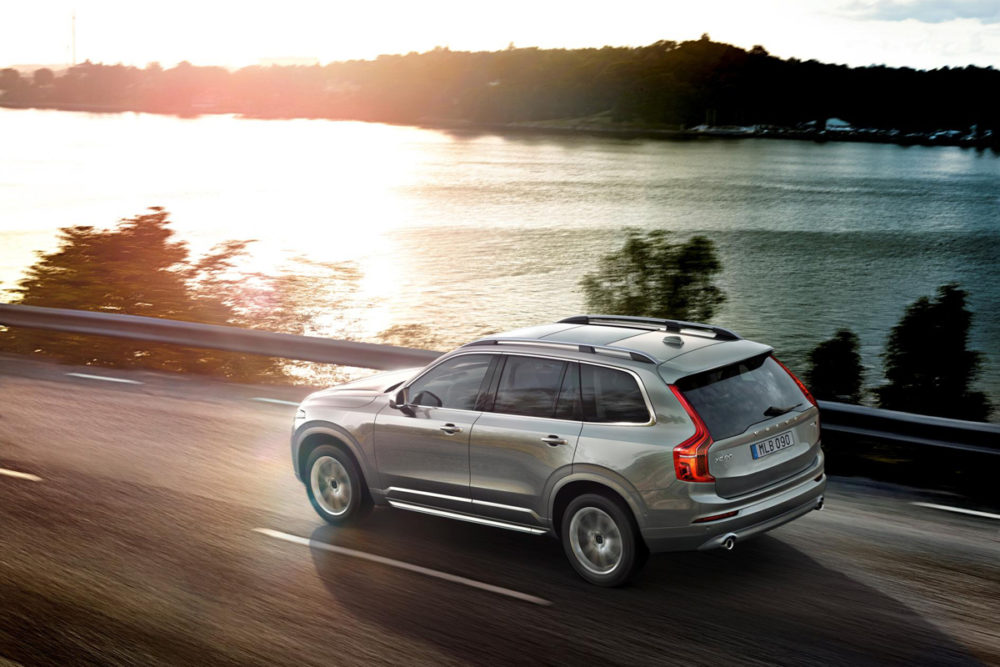 BMW Seems To Have Avoided VW Diesel Taint
VW Appoints Mueller CEO, But Radical Action Will Have To Wait