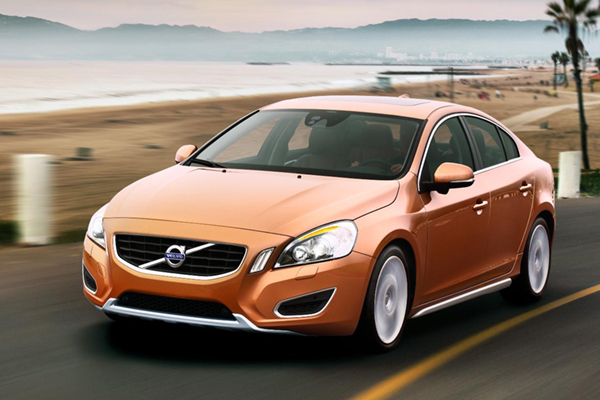 Thanks to Chinese money Volvo seems on the road to success

For: It’s not German but has German quality fit and finish
Against: In green form struggles on performance.

Correction – Volvo points out that it is possible to insert full UK post codes into the S60s ‘satnav’. This is a corrected version.

Who could have predicted 20 years ago that Rolls Royce, Bentley, Mini, Lamborghini and Bugatti would be owned by the Germans, Jaguar and Land Rover by the Indians and Volvo and MG by the Chinese? Not even the most celebrated motor industry pundit could have come up with that lot. There is no doubt that if these companies had originally been German, they would still be German

The Germans have done great things with their acquisitions and it looks like Jaguar /Land Rover is in good hands.

That leaves Volvo and MG and it is probably too early to judge MG but Volvo certainly seems to be moving forward, with global sales in 2011 up 20.3% at 449,255, an impressive result, the new S60 saloon being responsible for 68,330 of those sales.

Zhejiang Geely (together with the Chinese cities of Daqing and Jiading), the Chinese owners after acquiring Volvo have maintained its predominately European management with but one Chinese, Freeman Shen, who looks after the Chinese operations. Geely head-hunted  Stefan Jacoby from Volkswagen Audi in the USA as CEO.

An end to the confusing Volvo line-up
In recent years Volvo has had a very confusing range and strategy.  I once complained in an article about this and received a letter from Volvo’s UK PR Director explaining how simple it was – it took him two pages to do it. 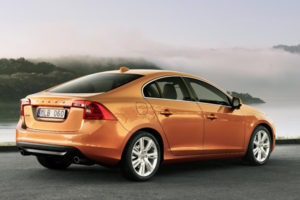 The S40 was built on a Ford Focus platform but Volvo, in its advertising compared it with A4, 3 Series and C-Class and fared miserably. Its estate variant is a V50 to cause further confusion. The S60 didn’t know whether it was fighting the A4, 3 Series and C-Class or the A6, 5 Series and E-Class. Its estate was the V70, again totally confusing to Joe Public who went elsewhere in increasing numbers. Volvo used to have an extremely strong and profitable elderly downsize market with the Daf-based 300 series and when they launched the C30 had potential to take A3, 1 Series and particularly A-Class head-on but instead they created a not unattractive 3 door coupé which has sold in relatively small numbers.

Jacoby has already started to sort the range with the latest S60, 3 Series rival, the estate version of which is actually called V60 although the V70 rather more traditional estate lives on separately. Its XC60 small SUV is right up there with the best and a new S40/V40 is imminent and will target A3, 1 Series and the new A-Class and actually replace the current C30 and S40/V40 with a prediction 0f 90,000 annual sales but no intention of selling in the USA. 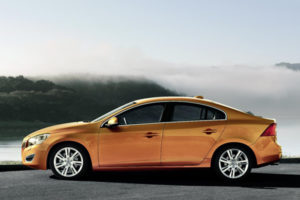 Combined 65.7 mpg is just a dream
The S60 tested here is Volvo’s global warming special with the suffix DRIVe with the ‘e’ in green. It is playing with the best at Audi, BMW and Mercedes and considering its engine is just 1.6 litre and 115 PS, does a very reasonable job. It is particularly quiet and refined, it steers and rides well and has nicely weighted brakes. The only trade-off to the green credentials is overtaking ability and if you are in any way a ‘press-on’ driver you will get more satisfaction and probably similar economy from a 163 PS 2-litre, although if a company car in the UK, you will pay tax on another 3% of the purchase price.

As far as economy is concerned, the combined claim of 65.7 mpg is but a dream and the best I could do, driven within all limits in a conservative fashion over several hundred miles was 49.6 MPG on the readout. 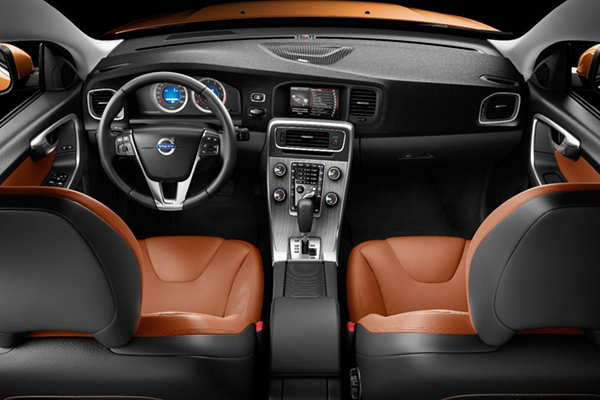 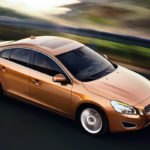 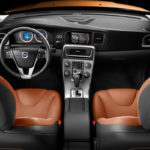 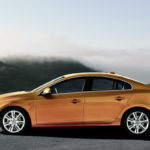 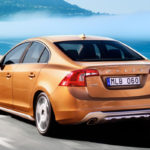 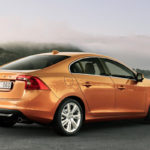