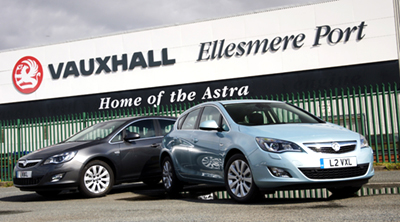 If Ellesmere Port Goes, Investors Will Question GM Sanity
“I can’t see for the life of me how bailouts could possibly work”

“In A Sane World, Opel Would Be For The Chop”

When corporate leaders start calling for governments to have an “industrial” policy, you know they have run out of ideas, want to pass the buck, and use your money to bail them out.

Just before the opening of the annual Geneva Car Show, leaders of Europe’s automotive industry, well at least those that weren’t German, began talking in this code calling for help  to address a problem that has stalked and weakened much of the European industry for years; overcapacity. There are too many factories making more cars than can be sold at a healthy profit.

Sergio Marchionne, CEO of Fiat-Chrysler: “Europe must counter the economic headwind with a strong industrial policy to underpin Europe’s manufacturing base.” Marchionne is also President of the European Auto Manufacturers Association, known by its French acronym ACEA. Marchionne went on say that very few manufacturers make money in Europe, this was not sustainable, and called for an honest debate about the underlying problems. Everybody knows that the main problem is the fact that there are too many factories producing too many cars, and Marchionne conceded this.

The unpalatable truth is that Europe’s volume car makers need to slim drastically if financial health is to be restored. This will cause much short-term pain as plants shut and jobs go.

“If we say that the E.U. (European Union) has an industrial policy, I think that in the situation of overcapacity, the political side should support its industry when it has to make restructuring in the different countries,” said Philippe Varin, CEO of PSA Peugeot-Citroen, quoted in the Financial Times.

Chronic
Varin said that in the past solving this problem of chronic overcapacity has been thwarted by national governments in Europe resisting any calls to close down local factories because they were unwilling to face the political flak that would follow job losses. Varin wants the European Union to knock down this road block by taking responsibility for the decisions to close loss-making factories, and bail out the sufferers. Varin called for U.S. style subsidies which followed the financial crisis in 2008, and almost wiped out GM and Chrysler.

This suggests that a decision to close a plant, say, in France, would be fought if taken by the car manufacturer and endorsed by the national government, but would somehow be ok if that decision could be pinned on Brussels, the capital of Europe.

Auto losses are not across the board. Mass manufacturers Peugeot-Citroen of France, Fiat’s European operations, GM Europe’s Opel-Vauxhall, and Ford Europe lost lots of money in 2011 and are expected to do so again in 2012. Renault of France should just about break-even in 2012. In contrast, the Germans are fabulously successful. Volkswagen, Europe’s biggest auto maker, earned a record operating profit of $14.8 billion in 2011 and VW and aims to match that in 2012. Luxury car makers BMW and Mercedes also made huge profits.

Non-starter
The idea that the Germans, who spent much money and suffered much pain restructuring after the financial crisis, will agree to a European Union bailout of its competitors who were happy to take huge government subsidies in the form of cash-for-clunkers money, but didn’t sort out their capacity problems, is a non-starter.

“I can’t see for the life of me how bailouts could possibly work. I also can’t see the Germans, who have such a position of strength, going for a Europe-wide bailout to help their competitors. It will carry on in the same way with national governments propping up (stumbling companies),” Urquhart said.

John Wormald, analyst with automotive consultancy Autopolis, said the idea is going nowhere, and even if it made sense there is no money to finance it.

“No. There is no money in E.U budgets for this sort of thing. I also think there is no willingness at the E.U level to intervene in such a fashion,” Wormald said.

Officials at the European Commission, the E.U.’s executive body, have reacted to the plea for help, but not perhaps in the manner expected by Messrs Marchionne and Varin. Commissioner for Enterprise and Industry Antonio Tajani talked about how help might be available, but he only mentioned relaxing some regulations to avoid costs, and said some help might be found to get around rules which impinge on plant closures. But in reality, mitigation of plant closure, to have any impact, would have to involve huge sums of money.

Bite the bullet
Garel Rhys, emeritus professor of motor industry economics at Cardiff University Business School, doesn’t see any E.U aid appearing, and says the industry must bite the bullet and close uneconomic plants, with French ones at the top of the list.

“This (the sales downturn) should be an opportunity to take out capacity. The French have to close plants and some in Spain and in Germany owned by GM and Ford are the ones to close. For the European taxpayer to help the industry to get out of a mess of its own making makes no commercial sense,” Rhys said.

“The French government is desperate to keep plants open. But not one French plant in terms of cost and productivity comes near the European average. The Italians have done a great deal and will do more. The Germans, because of their high quality and because they can charge premium prices are able to get away with it. Ford (Europe) has done its bit to improve profitability. The one with most to do is GM, which simply has too many plants, and the market share of Opel has fallen so much in Germany,” Rhys said.

Chop
“In a sane world, Opel would be for the chop,” Rhys said.

Rhys said GM’s decision on which plants to close will be revealing, because its British plant, Ellesmere Port in north-west England is superior in terms of productivity compared with German ones, and yet German law makes it more difficult to close plants than British laws.

Professor Ferdinand Dudenhoeffer of the Center for Automotive Research at the University of Duisberg-Essen in Germany doesn’t think there will any appetite for an E.U. bailout.

“It makes absolutely no sense to put more taxpayers money into things which should be done by the market. And how are you going to tell taxpayers they should spend money when VW is earning record profits. This talk of overcapacity is at least 30 years old. Look today, VW is not talking about overcapacity, it is installing capacity. It’s the same at BMW and Mercedes,” Dudenhoeffer said.

Renault-Nissan CEO Carlos Ghosn in a press briefing at the Geneva show acknowledged the need for drastic action and closures, and said it might happen sooner than expected. As soon as one company started, everybody else would fall in line quickly.

“All have capacity problems. When one starts, the others will be forced to follow,” Ghosn said.

Why wouldn’t Renault lead this?

“You have to look at who needs it the most, then everyone will follow them,” Ghosn said, declining to elaborate. But he didn’t mention any need for E.U. assistance to soften the blow.

“What really needs to happen in Europe is for one or two volume manufacturers to go out of business. Why doesn’t that happen naturally? Because their absurd business model, based on product proliferation, premature replacement and insane price competition in new cars, is protected by the single-brand tied franchise dealers. That’s what’s distorting the (E.U.’s) Single Market, by preventing natural shake-out and inhibiting the entry of new players from outside Europe. What’s needed is real, unconstrained competition,” Wormald said.