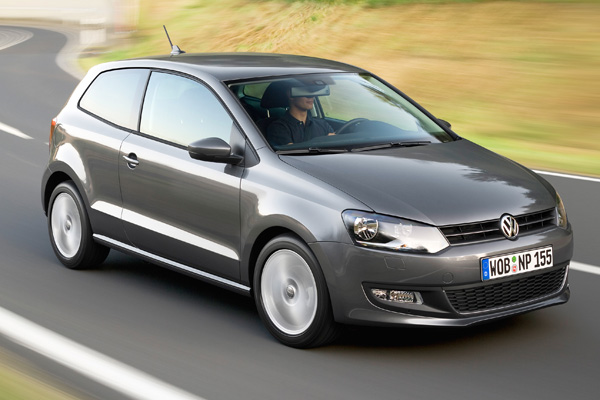 New VW Polo Moves Upmarket, Like Everybody Else
Polo Looks Terrific, Drives Well, With Top Quality
*** out of 5

Competition Strong: Jazz Best, Korean’s Massive Guarantees  VW’s new Polo is now on sale. This is the fifth iteration of the car in 34 years, and every time it renews itself it seems to get a little bit closer to being a reinvention of its big brother, the Golf. They are unlikely to merge into one any time soon though, as the Golf itself also seems to be moving relentlessly upmarket.

As you would expect from VW, Europe’s biggest manufacturer, the Polo range is massive and at launch there is a choice of five engines – three petrol motors and two diesels. There are two naturally aspirated 1.2 litre engines with 59 and 69 hp and a 1.4/84. There are two 1.6 litre common rail diesels producing 74 and 89 hp.

There will be a new 1.2/104 hp TSI turbocharged petrol motor early in 2010. “TSI” technology takes direction injection a stage further by supercharging, to cut a long story short. TSI produces high power and torque across a very broad rev range from 1,000 to 6,500 rpm. Expect to see this more and more on VWs as the company strives to produce more power from smaller engines to meet its CO2 obligations, with having to sacrifice too much power or fun. 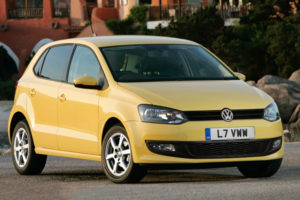 Four trim levels are on offer, and an A/C model “for those requiring” climate control, VW says. Presumably that is everyone except the great unwashed from Greenpeace and Friends of the Earth anxious to cut their carbon footprints. The range starts at “S”, with Moda for younger buyers, SE, and topping out with SEL. A BlueMotion version will follow in 2010, designed with fuel-saving in mind. This will have a new 1.2 litre three-cylinder common rail diesel, automatic stop-start, regenerative braking, (nothing to do with brakes, it recaptures energy while free-wheeling) a gearbox with revised ratios, optimised aerodynamics, suspension lowered by 15 mm and low rolling resistance tyres.

To make you think you’ve bought a Golf, not a Polo, you can also choose such upmarket options as touch-screen satellite navigation, a DAB digital radio, climate control or seven-speed DSG double clutch automatic.

The new car is 7.5 per cent lighter than the old one despite being wider and longer, helping the Polo to deliver a 20 per cent improvement in fuel economy.

VW, not to mention every other European car maker, is anxious to say its cars are moving the game on to the next level.

Moving on up
“In designing the new Polo’s interior, developers once again set themselves the target of giving the car the level of quality and comfort that occupants would expect to find in a vehicle from one or several classes above,” says the VW blurb. 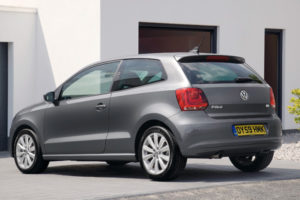 One example of this in the new Polo range is the availability of the DSG twin-clutch automatic gearbox. This provides superfast, super-smooth gear changes, said to actually improve on a manual’s fuel consumption.  I drove the Polo SEL 1.4 DSG, and it matched up with engine nicely, although the gearbox generated some weird noises from under the bonnet. I’ve driven other cars with this type of gearbox, and somehow started out thinking this would be a hot version. Of course, with a 84 hp it was nothing of the sort, just delivering a workmanlike performance, although pickup did seem a shade sluggish. This version, at £14,775, seems good value, although the one I drove had extra stuff like sat-nav (£795), electronic climate control (£340), natty wheel trims (£380), auto-dimming and rain sensors (£120), front passenger airbag deactivation (£45), smoking pack (£20), multifunction leather steering wheel (£345), and metallic paint (£385). That brings the total to £16,865 – mega pricey even for a well-specced little car.

Smoker’s pack
I should have asked VW what you get for a £20 smoker’s pack, while charging £45 to be able to switch something off seems less than generous. Walking through a BMW 3 Series assembly plant once, I was told that it actually costs about eight quid to raise the quality of the paint to metallic, so £385 seems rip-off territory.

I also drove the SE 1.2 69 hp with a 5-speed manual gearbox (see databox for details). This should be the biggest selling Polo and is well equipped at £11,995, although it doesn’t have proper air conditioning. “Nice, but gutless” was my note to myself after driving it. The SE 1.6 TDI 74 hp 5-speed manual costs £13,205; “Quite sharp and pokey (as in good performance)”. 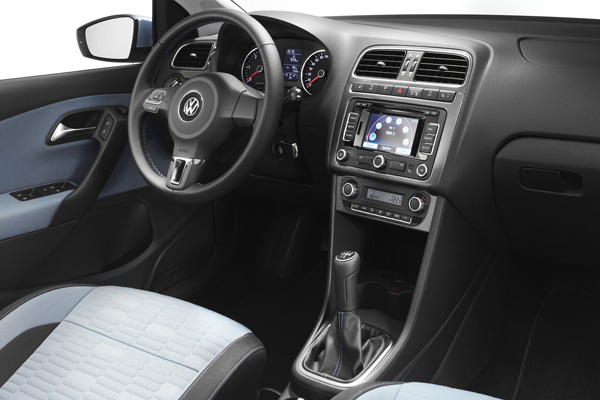 Servicing options
VW has some good ideas about servicing, offering a choice of Time and Distance, or LongLife Servicing. Time and Distance is for those covering less than 10,000 miles in a year and predominantly city centre, short journeys with many cold starts. LongLife Servicing is for high mileage types who use the car on the motorway, with the engine often not being stressed too much. The car’s computer will recommend when a service is required, and the vehicle can cover between 10,000 and 18,000 miles or 24 months between oil changes.

The Polo is a nice little car, with great quality and driveability. The competition in this sector is fierce, so this one doesn’t stand out from the crowd, which includes Koreans like Hyundai and Kia which offer 5 or 7 year guarantees. My favourite is still the Honda Jazz, recently reinvigorated. The Honda has the looks, build quality, utility and interior classiness which still makes it stand out as the number one choice. If you can’t afford it, go to Hyundai and Kia for their matchless guarantees. 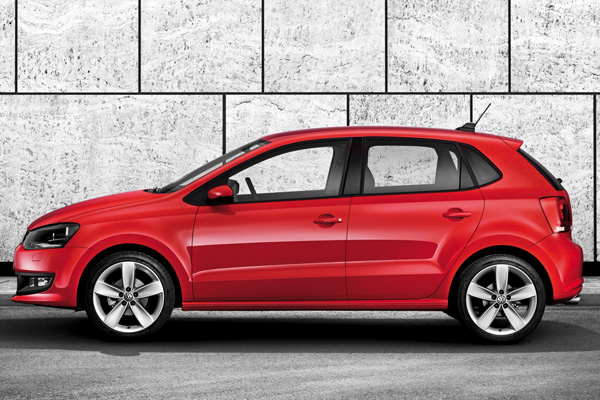 (I paid my own expenses to go to the VW Polo launch, and they didn’t even provide cucumber sandwiches in the afternoon)