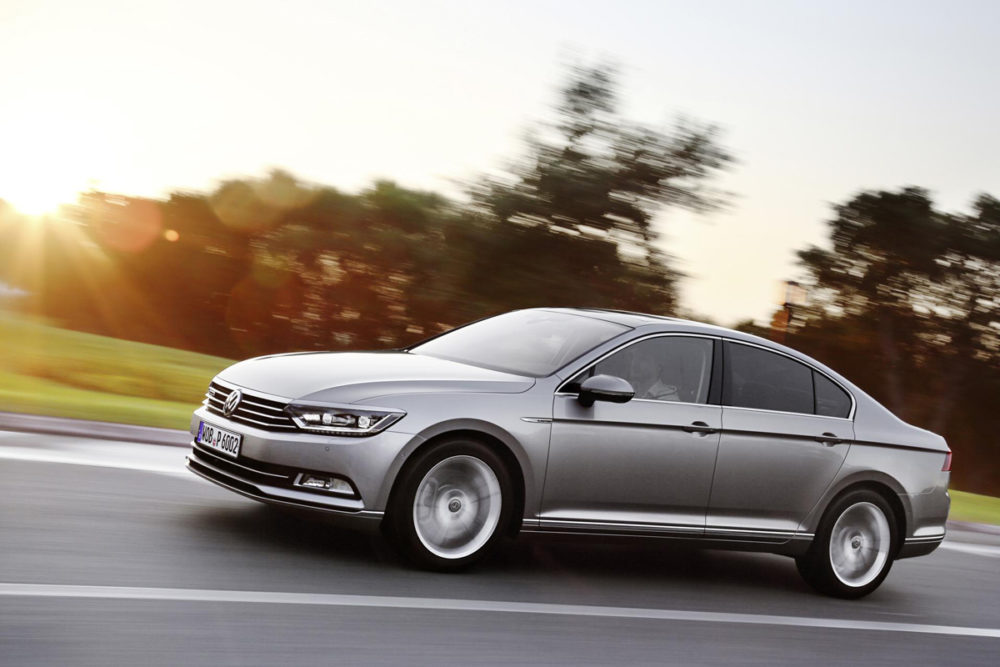 OLBIA, Sardinia – My first thought when I sat in the new Passat was “where does this leave Audi”, VW’s upmarket subsidiary?

The high quality interior inspired this thought, which was confirmed later as I drove a fabulous version around some nice roads in Sardinia. Sensibility returned when I then realised I was driving the top of the range 2.0 litre 237 hp DSG automatic version which costs more than £36,000, but the new Passats are undoubtedly of very high quality. The bottom of the range S model with a 1.6 litre 118 hp diesel starts at £22,215. 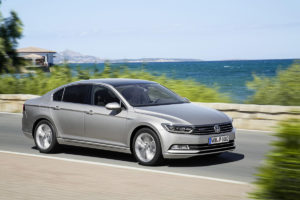 VW says the new Passat is much (190 lbs) lighter than the old one, but with more space inside, and better fuel economy. New Passats are really Golfs in disguise and are built on the same engineering module with many parts in common. All the Passats available in Britain are diesel only, at least for now, a big surprise when you think of all the bad publicity surrounding diesels lately. This becomes less of a surprise when you consider that this diesel scare failed to mention that current engines are as clean as the driven snow, as new E.U. rules force manufacturers to clean them up. Given that businesses will be by far the biggest buyers of new Passats, VW is clearly convinced they won’t be put off by populist, ill-informed newspaper stories. And VW has big ambitions for the new Passat, which on the surface seem likely to force a clash with the likes of Audi.

Echoing many other European mass car makers, VW board chairman Martin Winterkorn said the new Passat represented a move upmarket, although this might seem to risk cannibalizing sales of its premium subsidiary Audi’s A4, and clash with other models like the BMW 3 Series and Mercedes C-class.

Premium without the price
Winterkorn said the new Passat represented a new era of mid-class cars which gave more value.

“This is a premium car without the premium price,” Winterkorn said. 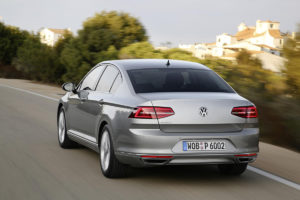 Across Europe, it will be available with a choice of 10 petrol and diesel engines, plus a plug-in hybrid, ranging from a 1.4 litre, 148 hp petrol motor to the 2.0 litre 237 hp diesel. The Passat offers an array of new technology including a head-up display, interactive digital instruments, stop-start, LED rear-lights, automatic emergency braking and a gizmo to help drivers park it with an attached trailer. You can opt for technology which allows a degree of computerised control of the car in traffic. The emergency braking works a treat. On the launch, I was following a car which suddenly and without warning, braked and veered off on to a side road. The Passat immediately braked itself, although I swear I would have intervened in time. Ditto for an instance when travelling along a relatively fast country road, a car parked itself in the middle of the road to turn left. The Passat picked this up and alerted me and started to apply the brakes.

Push button
“All the driver needs to do is stop at a suitable spot and engage reverse gear. The system is activated by pushing a button,” says VW.

But then it gets more complicated as the driver has to use the rear view camera adjustment button like a little joy-stick to guide the reversing movements, all the while following the display on the dashboard. The driver also operates the accelerator and brakes.

That must also make Audi operatives really mad. After all, doesn’t Audi own the horsey set?

More straightforward is the Head-up Display, a first for the VW brand, which directs speed or navigation instructions directly into the driver’s eye line. The interactive digital display allows the driver to choose the style in which data is presented with either two or three dimensions. As well as LED headlights, the LED rear-lights are designed to switch from a horizontal presentation to vertical, to underline the fact that braking is taking place. This should help safety.

“Traffic Assist” takes control of the car in stop-start traffic at speeds up to 35 mph. The car automatically steers, accelerates and brakes, but drivers must keep their hands lightly on the wheel, so they can intervene if necessary. That should make heavy traffic less stressful, VW claims. There is a string of other technology too, including powerful infotainment and mobile online stuff, and assistance to look around corners and detect pedestrians who might be in harm’s way. 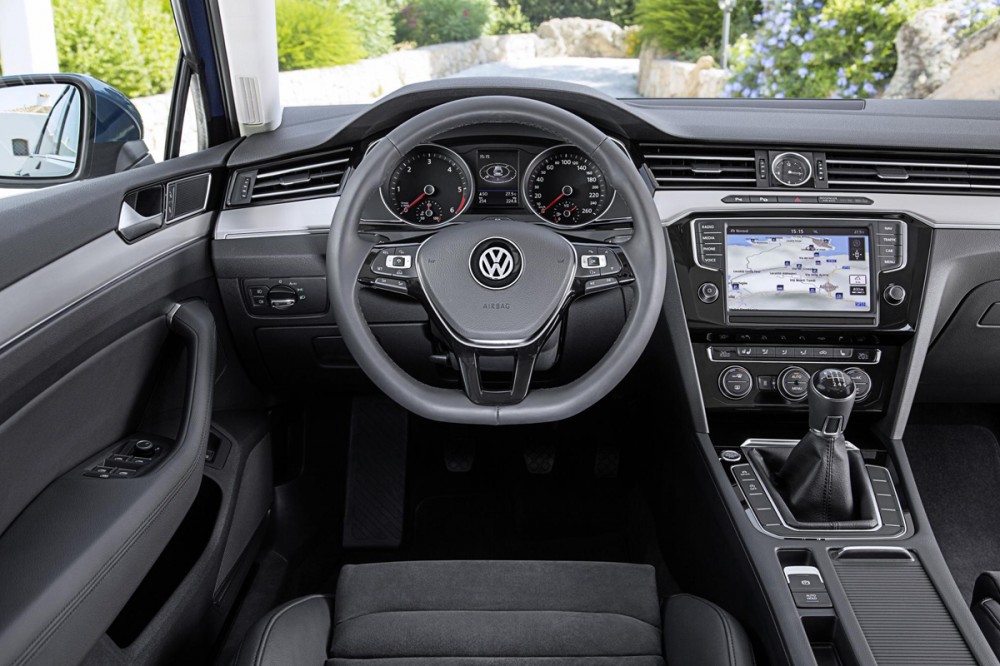 Plug-in
And then there is the plug-in hybrid option, which combines a 154 hp gasoline engine and an 80 kw electric motor. Battery-only range is claimed as 31 miles.

The design of the car’s body, with its emphasis on chrome and detailing, seems to have been concocted with China in mind. It is decidedly in-yer-face, with much chrome and add on bits that might offend western sensibilities. Maybe that’s the secret weapon to make sure they relent and go to under-stated Audi.

VW says a 148 hp 2.0 litre diesel is likely to be the biggest seller in Britain. There are five specification levels from S, through SE, SE Business, GT to R-line. There is a £1,530 premium for estate car versions, which can be ordered with four-wheel drive.

One look at the competition to the Passat (see box below) will show how hard it will be for any one of these cars to stand out as the one to buy. Trying to choose from the Ford Mondeo, Vauxhall Insignia, Toyota Avensis, Peugeot 508, Audi A4, BMW 3 series, Mercedes C-class, Mazda 6, Honda Accord, Skoda Superb, or Hyundai i40, is an impossible choice. There’s a Citroen somewhere too which I haven’t mentioned. The Nissan Qashqai must be a candidate too. And then there’s all the SUVs. My personal choice would be the Mazda 6, which does stand out as great looking, will get you great value for money, and is copper-bottomed reliable. 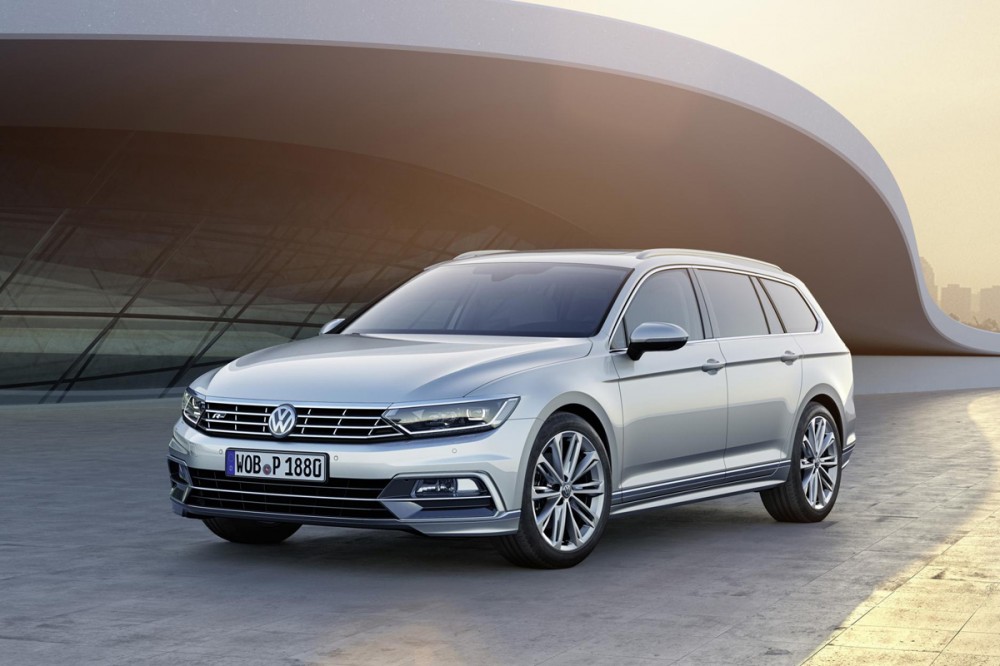