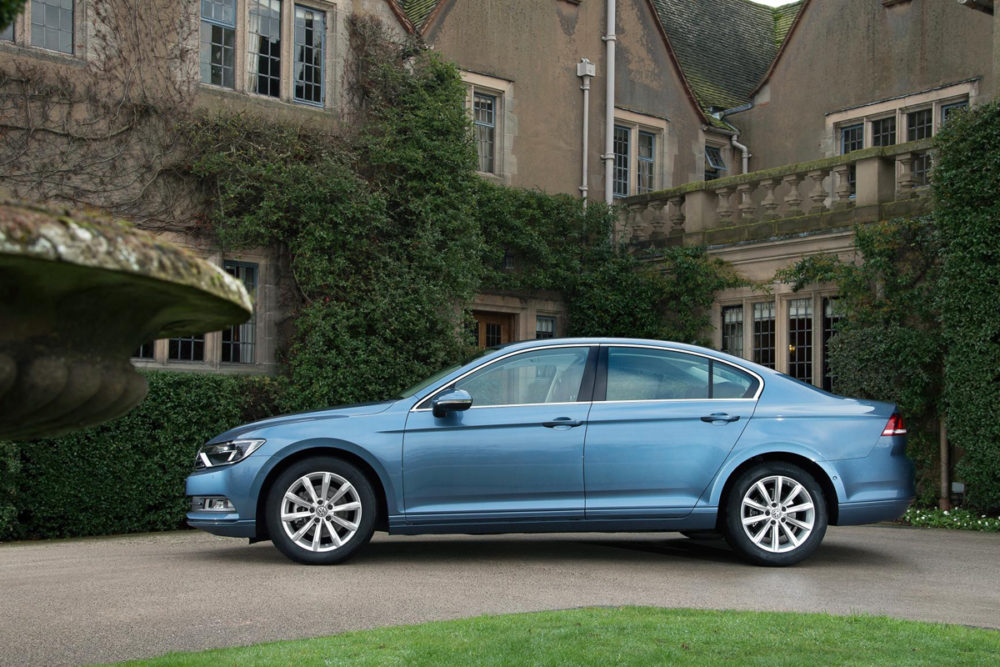 The new Volkswagen Passat is a terrific car with great qualities. It has masses of space, drives well, has a high quality feel, and this version’s six-speed automatic gear box was a joy. The leather interior was beautiful, and it was supremely comfortable on long journeys. 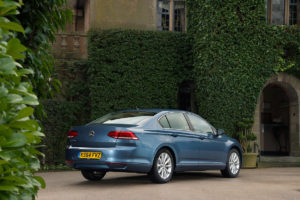 The fuel economy was terrific, and on a 700 mile round trip, mostly on motorways, I averaged over 51 mpg. This came down a bit after a short blast around Sussex to an average of 48.25 mpg, but for a big car with tremendous performance these are impressive economy figures. Not a match for VW’s claim of 64.2 mpg – a shortfall of 24.8 per cent – but well inside the humongous exaggeration of most car makers.

On the road the steering felt tight and accurate. The suspension flattened out the bumps well. The auto box had a very effective sports mode, and there were flippers on the steering column in the unlikely event you might want to change gear manually. In sports mode the car felt very lively. On highways the Passat felt, safe quiet and secure; this is truly a motorway mileage muncher. The dashboard, which was very smart, showed which gear you were in too. The automatic gearbox controller was neat and attractive. This model had an electric driver’s seat, and a neat gizmo that opened the boot. Isn’t it typical that after being impressed with one luxurious add-on, my next thought was why doesn’t it shut automatically? There was masses of room in the back. The boot was huge, swallowing up my golf gear and trolley no problem, with room for twice as much probably. 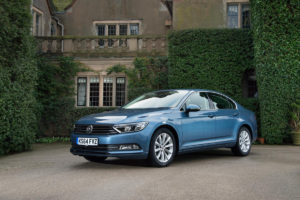 On the negative side, the SatNav was a nightmare and I never found out how to put a post code in. Turning the SatNav sound off remained a mystery, or confirming what journey the machine was programmed for, when it suggested a turn that didn’t make short-term sense. Definitely a failure if intuitive working is your watchword. There was a bit of turbo-lag at low speeds emerging from roundabouts. Oh yes, and there’s the price. When I took delivery of the car, the price said £26,735, and I thought that was a good for an upmarket and well equipped VW. But when I checked again, this came out at an eye-watering £31,610, right there in Audi/BMW/Mercedes territory and a totally different proposition. The extra £5,000 came mostly from the luxury leather pack which included heated front seats, heated windscreen specially insulated glass (£1,615), Dynamic Chassis Control, (in other words a choice of three suspension settings) (£700), and special air conditioning (£590). And the design is decidedly bland, although on a good day you might say it was understated and handsome.

Head-up display
The Passat, which was launched last year, offers an array of new technology including a head-up display, interactive digital instruments, stop-start, LED rear-lights, automatic emergency braking and a gizmo to help drivers park it with an attached trailer. You can opt for technology which allows a degree of computerised control of the car in traffic. 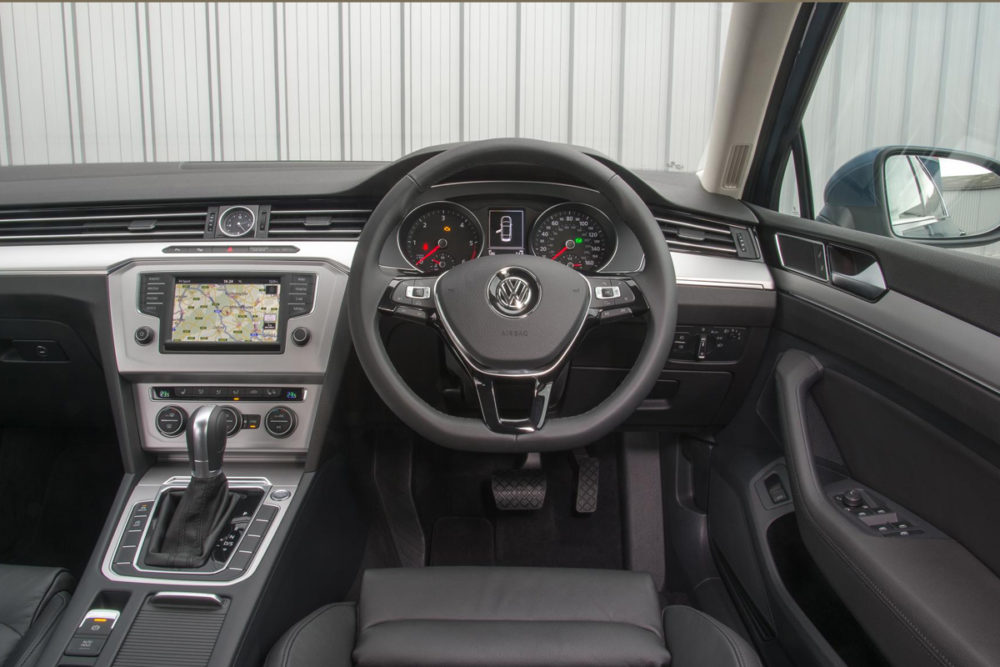 Prices start at £22,215. Across Europe, it will be available with a choice of 10 petrol and diesel engines, plus a plug-in hybrid, ranging from a 1.4 litre, 148 hp petrol motor to a 2.0 litre 237 hp diesel. The range starts with the S, then SE, SE Business, GT and R-Line. Standard stuff includes post-collision braking, and mis-fueling prevention. SE and above includes adaptive cruise control, pre-crash system, front and rear parking sensors. The SE Business, which is aimed at fleet drivers has Discover (without post-code help!) Navigation.

New Passats are really Golfs in disguise and are built on the same engineering module with many parts in common. And VW has big ambitions for the new Passat, which on the surface seem likely to force a clash with the likes of Audi.

At the launch last year, echoing many other European mass car makers, VW’s Martin Winterkorn said the new Passat represented a move upmarket, although this might seem to risk cannibalizing sales of its premium subsidiary Audi’s A4, and clash with other models like the BMW 3 Series and Mercedes C-class.

“This is a premium car without the premium price,” Winterkorn said.

The Passat is a terrific all-rounder which is hard to fault. If this version had cost close to £26,000 than it would certainly be a huge success. But its actual price puts it firmly in the premium sector, where it will find life tough competing with the usual suspects. 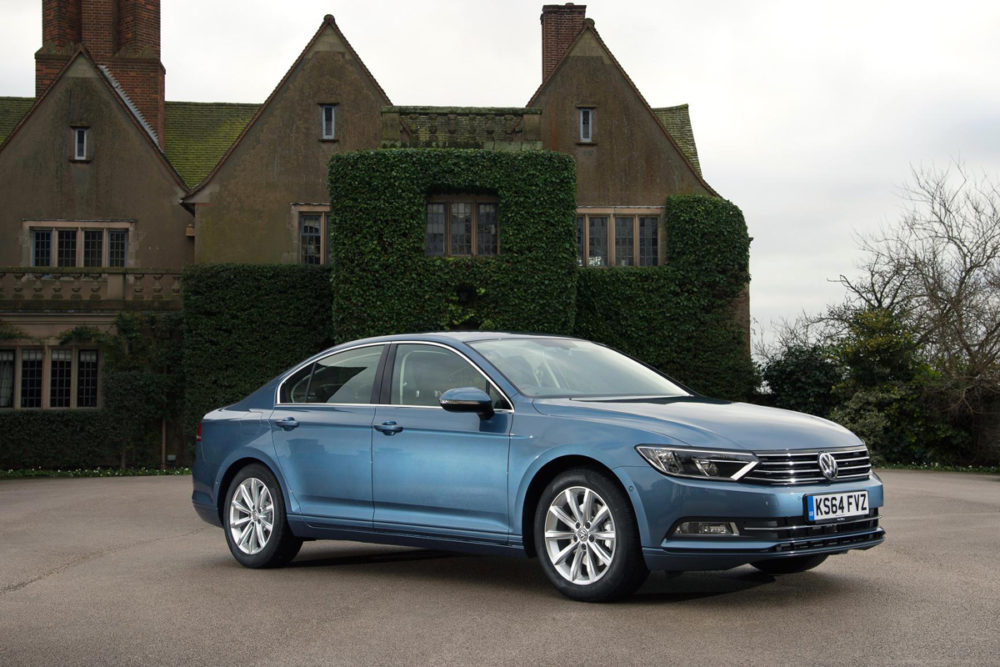