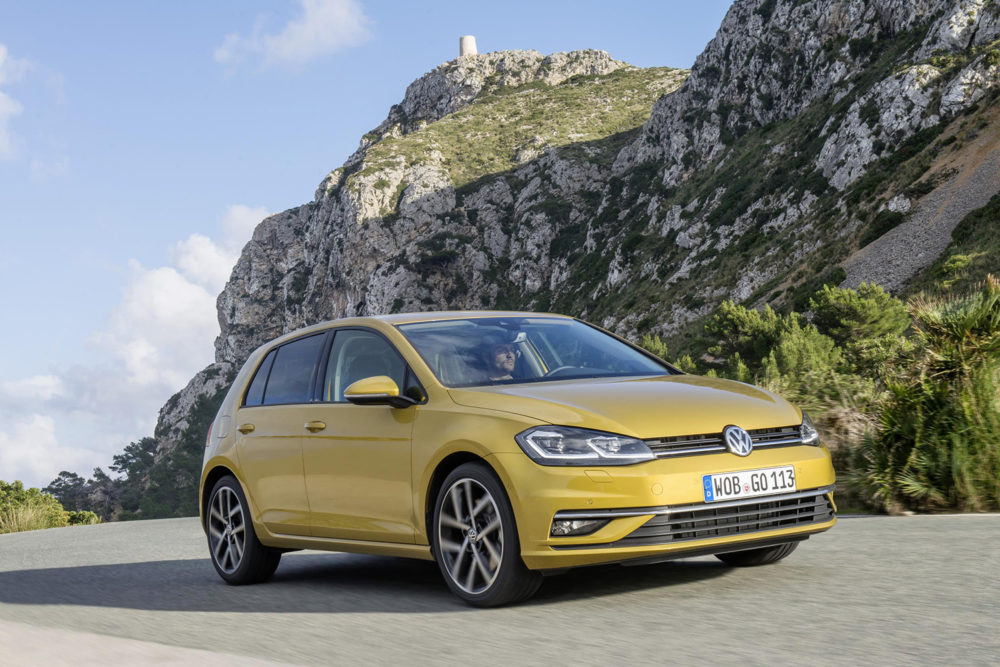 “A fun way to make your choice could be to go to an Audi dealer, price the level of power and luxury you want, then go to VW and order the exact same vehicle for about £3,000 less”

Volkswagen has updated its Golf range with much talk of high technology and infotainment, but Europe’s biggest selling car didn’t get where it is today without clearly being a terrific vehicle to drive and live with.

The competition isn’t standing still, and many rivals can present a compelling reason to buy, including the new Honda Civic which I’ll review soon, the Ford Focus and the Koreans with the Kia C’eed and Hyundai i30.

Prices start £15,827 with a huge range of petrol and diesel engines starting with a 1 litre petrol, diesels, a plug-in hybrid and battery-only. There different body styles too with an estate car option.

The Golf has established itself as a solid buy, with understated looks, refinement and good performance which will retain its value well. It’s pricey too though. 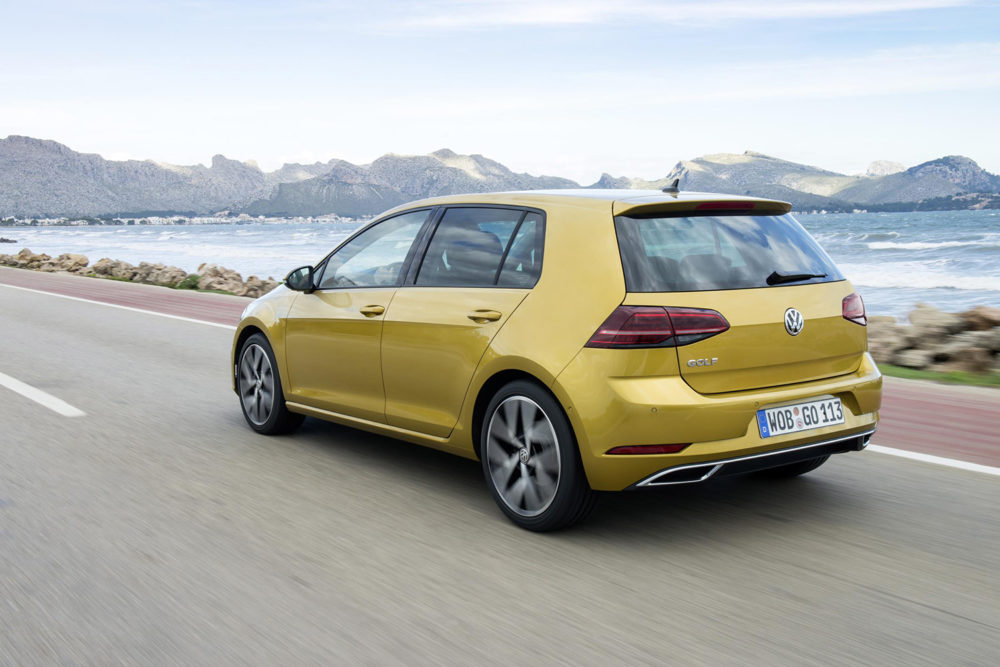 The latest Golf is based on VW’s so-called MQB engineering platform.

Volkswagen said it is digitalising its most successful model in its history, alongside new engines, keener design and new assistance systems, and there’s a new generation of infotainment systems. There’s also City Emergency Braking with new Pedestrian Monitoring function, the new Traffic Jam Assist with partially automated driving at speeds of up to about 40 mph and other technology stuff too numerous to mention.

The new Golf sees the debut of a new 148 hp petrol engine, and will be followed by a BlueMotion version producing 128 hp. Volkswagen has also boosted the performance of the Golf GTI, new versions of which will produce 227 hp and 242 hp, and a new 7-speed DSG (dual clutch gearbox) will gradually replace the 6-speed DSG .

My favourite of the range is the Golf GTE, the plug-in hybrid. This has a 1.4 litre, 148 hp petrol engine and a 100 hp electric motor for a truly magnificent performance, which is offered smoothly and quietly, unlike the GTi’s raucous boy racer mode. I’ll be driving it in a few weeks for a detailed look, and a check on its claimed 156.9 mpg average fuel economy claim. 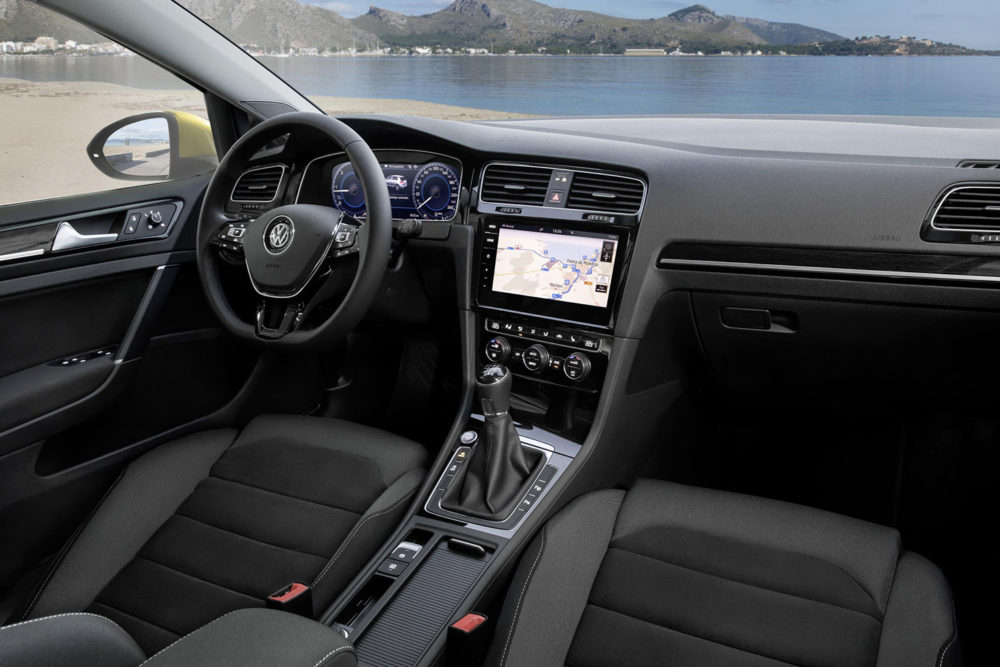 Glaring negative
One glaring weakness in the Golf range is the lack-lustre design of the interiors, which have extremely dull dashboards in sharp contrast to even the Korean opposition. That’s strange, because VW said this update of the Golf is most readily visible inside. This is true as far as electronic capability is concerned, but the design lacks pizzazz.

“It is based on the new Active Info Display and the first infotainment system with gesture control to be offered in a Volkswagen. Along with this, Volkswagen has updated its whole range of infotainment systems. Its most important characteristic is the sophisticated new design, larger touch screens and in the case of the top-of-the-range “Discover Pro” model – gesture control, which is implemented here for the first time in the Golf’s compact car class.”

“The Golf’s Active Info Display is a fully digital instrument cluster with numerous interactive functions. All of the instruments are displayed virtually on the 12.3-inch colour display. The navigation information can be displayed in 2D or 3D. Its resolution of 1,440 x 540 pixels enables extremely precise and sophisticated interactive display of all the details. There are five different information profiles……… (that’s enough detail, ED)”

Gesture control seems to be a not very useful step in the direction of the ultimate – voice control, which will finally bring all the new technology now being offered by all car makers into the realm of usefulness.

All updated Golfs have LED running lights at the front and full LED rear lights. Included in the comprehensive engine line-up is Volkswagen’s new 1.5-litre turbocharged EVO engine that uses Active Cylinder Management technology to shut the engine down during coasting.

What to buy?
This is almost an impossible question in this category. You couldn’t point to any of the candidates as being much better or worse cars than any other, although the German premium contenders might have strong but pricey arguments. You could try differentiating on price, and that’s difficult because of the huge ranges and options available. A fun way to make your choice could be to go to an Audi dealer, price the level of power and luxury you want, then go to VW and order the exact same vehicle for about £3,000 less. It would still be pricier than the run of the mill competition, but would leave you with a warm feeling of having beaten the system. 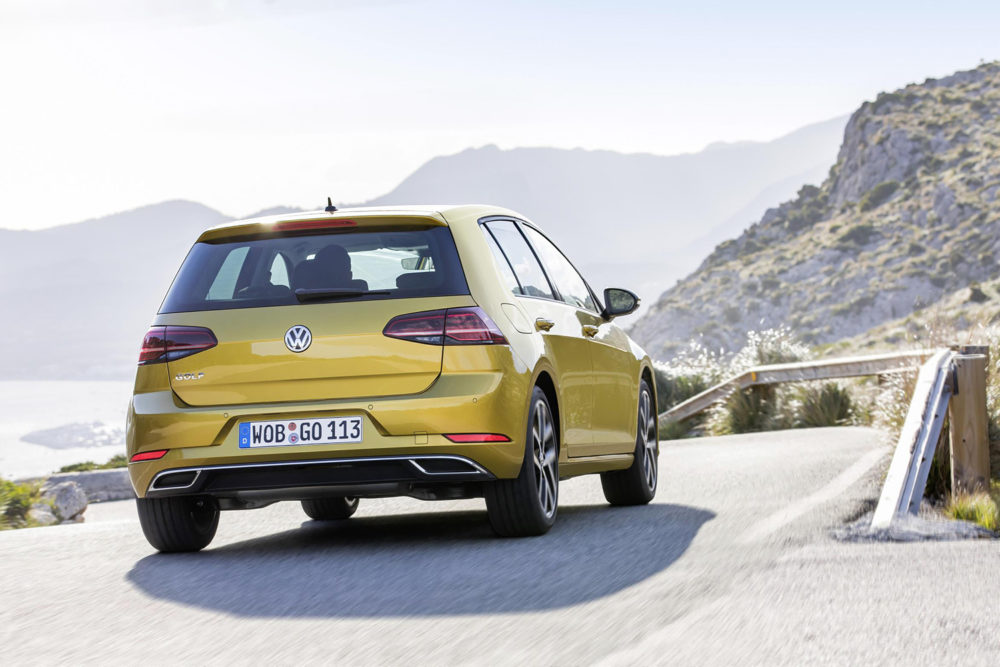 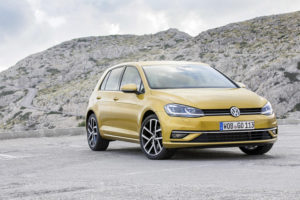 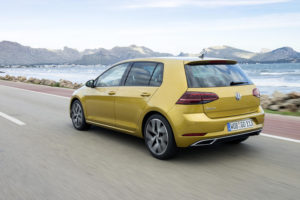 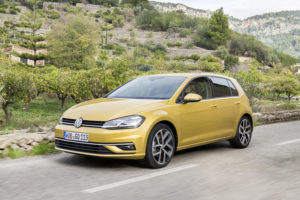 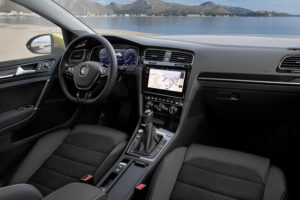 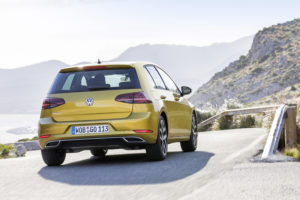 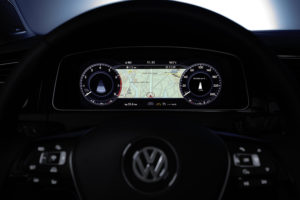 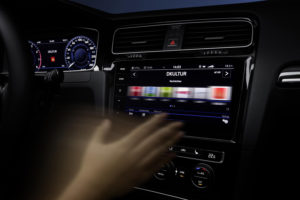 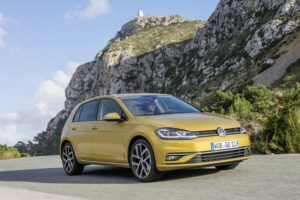