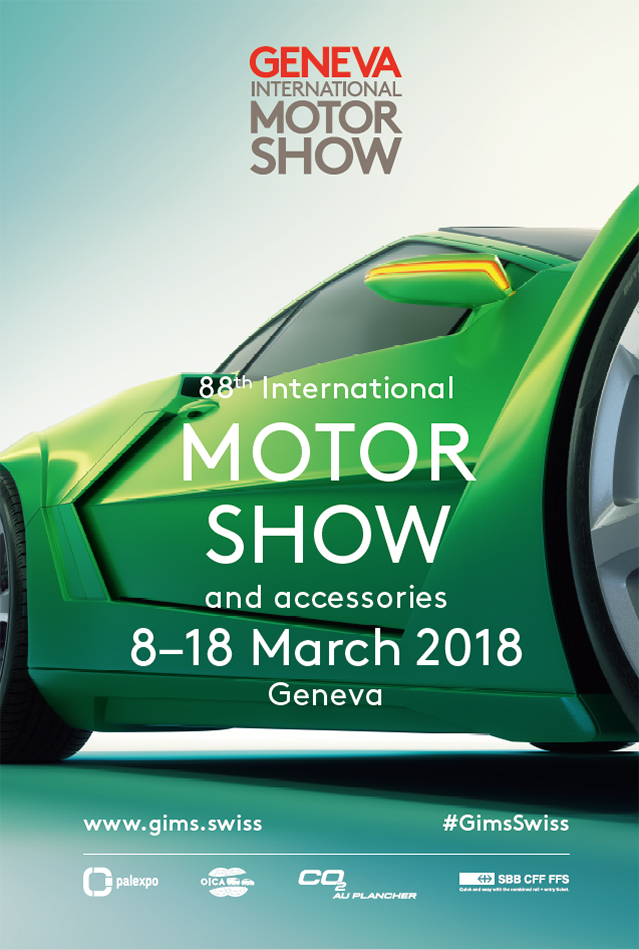 Troubled Auto Industry Will Be Keeping Its Chin Up In Geneva.

“The car makers need a dual strategy to meet CO2 targets. Pure electric cars plus a fast start-up of the 48 volt mild hybrid”

European car makers will be putting on a brave face at the annual Geneva Car Show next week as they face new problems of a fast changing industry and more traditional ones, as forecasts for market prospects turned mixed.

The advent of electric power has the industry in a whirl. It must spend billions of euros to make the switch from internal combustion engines to electric power but with the handicap of not really knowing when the public will start buying battery cars and pay back the investment.

Industry leaders like Volkswagen, eager to avoid the fallout from its dieselgate shame, has eagerly embraced the electric cause. Its claim that 25% of its vehicles will be battery powered by 2025 looks like a serious hostage to fortune, with well respected forecasters saying 10% might be a stretch.

Autonomous cars are being touted as being almost ready for prime time, but any realistic assessment of the technology’s preparedness, or the public’s embrace of it, suggests this technology has a long way to go before payback day.

Technology hype is surely way ahead of the real world, but corporate leaders are aware that big technology companies like Amazon, Apple and Google, awash with cash, could decide one day to enter the car industry with new ideas which would quickly blindside and eliminate the traditional manufacturers. Or one technology upstart might decide to go on a takeover spree and buy up the some of the biggest companies. They could afford it, that’s for sure.

Diesels
And then there is the problem of diesels. A court ruling late last month allowed German cities to ban diesel cars when air quality becomes a threat to health. This movement will certainly spread right across Europe and threatens huge damage to the balance sheets of manufacturers, because their strategy to match E.U. clean air and fuel economy rules depended on this form of power. It truly is ironic that a form of power was forced on to the industry at the turn of the century by governments in the name of saving the planet because of its ability to conserve fuel, now turns out to be public enemy number one because of its threat to health.

Don’t forget Brexit. Britain is in the middle of talks with the European Union (E.U.) to find a way to leave the organization. Scare mongers suggest that this could cripple the manufacturing industry there, which depends on free movement across borders to keep its massive supply chain working smoothly.

If the Geneva Show had been held a month earlier, sales forecasts would have been relentlessly optimistic. Forecasts for Europe ranged from plus 4% to plus close to 1%, but now some expectations reckon on a 2% fall, although LMC Automotive still sees Western Europe sales gaining 1.6%.

Nothing concrete has changed for the European economy, but the stock market crash followed by a hair-raising recovery and roller-coaster ride, can’t have induced much confidence.

The European Automobile Manufacturer’s Association (ACEA) now expects 1% growth for Europe as a whole, with worries about Brexit underlining the fragility of the recovery. ACEA also pleaded with the E.U to dilute its harsh CO2 rules. That’s even more pertinent after the German diesel court case.

Professor Ferdinand Dudenhoeffer from the Center for Automotive Research at the University of Duisberg-Essen takes comfort from the fact that the diesel debacle will only impact manufacturers in Europe. These global operatives don’t sell many diesels outside of Europe, but the controversy has robbed the industry of credibility.

Mild-hybrids will save the day, according to Dudenhoeffer.

At the Geneva show, Renault will unveil its little mild-hybrid Clio. which will use new 48 volt electric systems to take on more roles in making its gasoline engine work more efficiently, at half the cost of a diesel.

Dudenhoeffer, although wary, is confident overall that the industry will stay healthy.

“Profits in 2018 will again exceed 2017 earnings. Auto shares will remain in demand in 2018 and electromobility will bring high investment momentum,” Dudenhoeffer said.

Meanwhile the all-electric Jaguar I-Pace will be the star of the show, not least because it will allow the industry to talk about something that isn’t related to diesel.

Dreamers
There will of course be plenty of supercars for the assembled throng to dream about, led by the Ferrari 488 Pista with a 710-hp V8 engine. This successor to the 360 Challenge Stradale, 430 Scuderia and 458 Speciale will blast from 0-60 mph in 2.7 seconds and on to 211 mph. The McLaren Senna has a 789 hp twin-turbo V-8, with a top speed of 211 mph also. They cost $1 million each and all have already been sold. The $2.4 million Zerouno makes even Ferraris and McLarens look restrained.

Leading the SUV march with the new Volvo XC40 are the big Mitsubishi Outlander PHEV, the compact Lexus UX and the latest generation Hyundai Santa Fe. There are still sedans being launched, led by the Audi A6, Peugeot 508, Kia Ceed and Mazda6.

There are a few “no shows” this year, including Opel, now owned by PSA Group, DS, the struggling PSA subsidiary tasked with entering the German dominated premium sector, and Infiniti, another luxury wannabe. Cadillac hasn’t shown up either. Does that mean its European ambitions have finally been extinguished?

The Geneva Car Show opens March 8 through March 18 at the Palexpo Center.