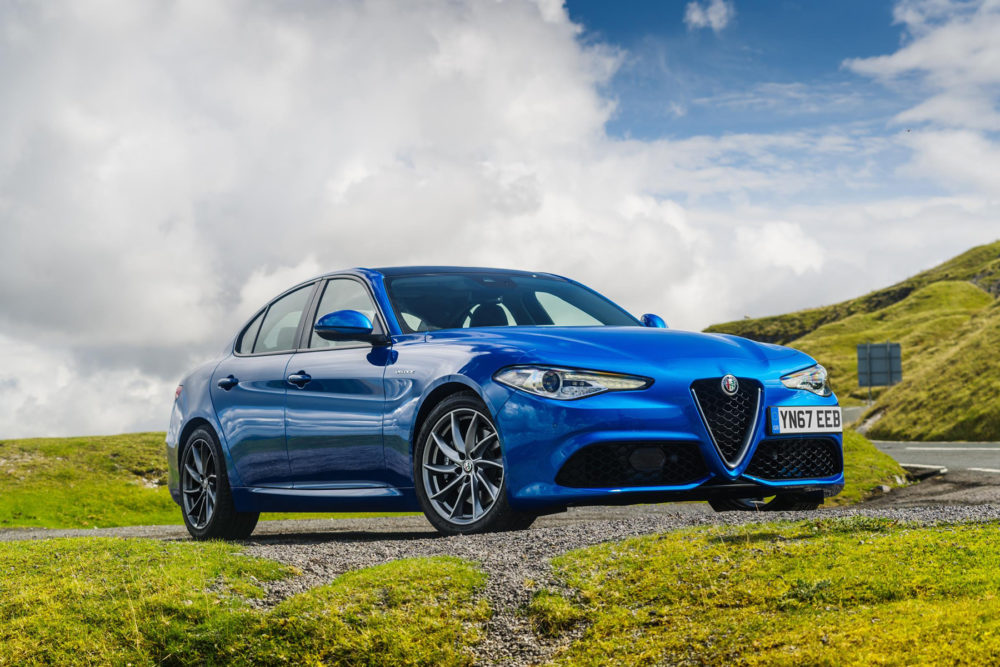 “But I don’t think Alfa Romeo is really viable in the U.S. It will stumble along for a while perhaps, but a long-term proposition it is not. I don’t think BMW will worry about Alfa Romeo,”

Biting off more than it can chew has become the hallmark of storied Italian sports car maker Alfa Romeo.

The new Giulia was supposed to trigger the renaissance but that hasn’t happened. The new Stelvio SUV is now on sale globally, but despite the likely addition of another bigger SUV, a full-sized sedan, a coupe Giulia and a new small Giulietta, sales by 2023 aren’t expected to be that much bigger than current ones.

Can it survive in its current form?

There have been rumours parent Fiat Chrysler Automobiles (FCA) might sell off Alfa Romeo in a package with premium sports car Maserati. But the future looks uncertain.

Existential
The outlook begs the existential question, but Alfa Romeo still retains an aura of excitement and allure. I’ve just been driving the Giulia, on sale in the U.S. since late in 2016. This was meant to be a pioneer for Alfa as it emerged from a near death experience to wow the public and lead the recovery.

The new Giulia does have many terrific qualities. It has striking good looks for starters. Inside, the cabin is made of high quality materials. The wrap-around-cockpit feel to the driving position exuded excitement for the experience ahead. The red leather seats evoke luxury vibes. There was attractive detailing around the car, with the natty Alfa grille and Q2 badge, twin exhaust pipes and brakes standing out in red. I drove a 180 hp diesel version which won’t be available in the U.S. but it didn’t disappoint with impressive acceleration. It cruised at high speed quietly and securely. On country roads, the steering was tight and accurate. Through the bends the car stayed flat and generated an “in control” feeling.

But there were negatives too, most of which could have been eliminated. The indicator stalks were too close to the flippers behind the steering wheel which override the 8-speed automatic. The windscreen wipers aren’t activated by the usual stalks, but by a fiddly little button on the side of a stalk. There’s not much room in the back and the head-room was tight. With the driver’s seat in my 6 feet 0 inches position, I couldn’t get in the back seat behind it. The trunk is too small.

Erich Joachimsthaler, founder and CEO at Vivaldi, the consultancy which advises companies on brand and growth strategy, admires Alfa Romeo for its proud history of racing, Italian heritage and especially design, and wondered if there was room in the U.S. market for another sedan, while the Stelvio SUV was competing in a section of the market that was well served already.

“But I don’t think Alfa Romeo is really viable in the U.S. It will stumble along for a while perhaps, but a long-term proposition it is not. I don’t think BMW will worry about Alfa Romeo,” Joachimsthaler said in a telephone interview.

IHS Markit analyst Tim Urquhart said Alfa Romeo has announced some outlandish forecasts and he didn’t see much of an acceleration in sales from here, with his 162,000 forecast for 2023.

“The real killer is the Giulia, doing about a 10th the volume of its notional rivals. I expect global (Giulia) sales of 37,000 in 2018, 31,000 in 2019 and 27,000 in 2020. That really has to be the volume driver. But people are moving away from conventional sedans, and unless you are one of the established German big three premium brands you will struggle for sales in this sector,” Urquhart said.

CAR’s director, Professor Ferdinand Dudenhoeffer, said there is a possibility FCA might try and sell Alfa.

The future won’t be easy
“It’s difficult to say what the future of Fiat Chrysler and Alfa really looks like. One thing is sure, it will not be an easy future. Thus, we can’t exclude things like selling the brand,” Dudenhoeffer said.

For a few years, there was a consistent rumor that Volkswagen had a secret lust for Alfa Romeo.

“Not any more,” Dudenhoeffer said.

“It doesn’t make sense to add additional brands. It makes more sense to invest in EV (electric vehicles) and mobility services,” he said.

So Alfa Romeo’s long-held ambition to move upmarket and challenge the Germans has failed.

“They are doing their best, but they are competing against pretty monolithic companies in terms of brand image, with huge sums to spend on marketing,” Urquhart said.

Alfa Romeo has entered the Formula 1 circuit this year with Sauber.

“Alfa is just left with what they’ve always done; sell on price. The F1 move is a relatively cheap way to market the brand globally. From that point of view I don’t see it as the worst idea. But (long-term) it is a really very, very difficult task,” Urquhart said.

Jaguar Electric I-Pace, Ahead Of Geneva Launch
Troubled Auto Industry Will Be Keeping Its Chin Up In Geneva