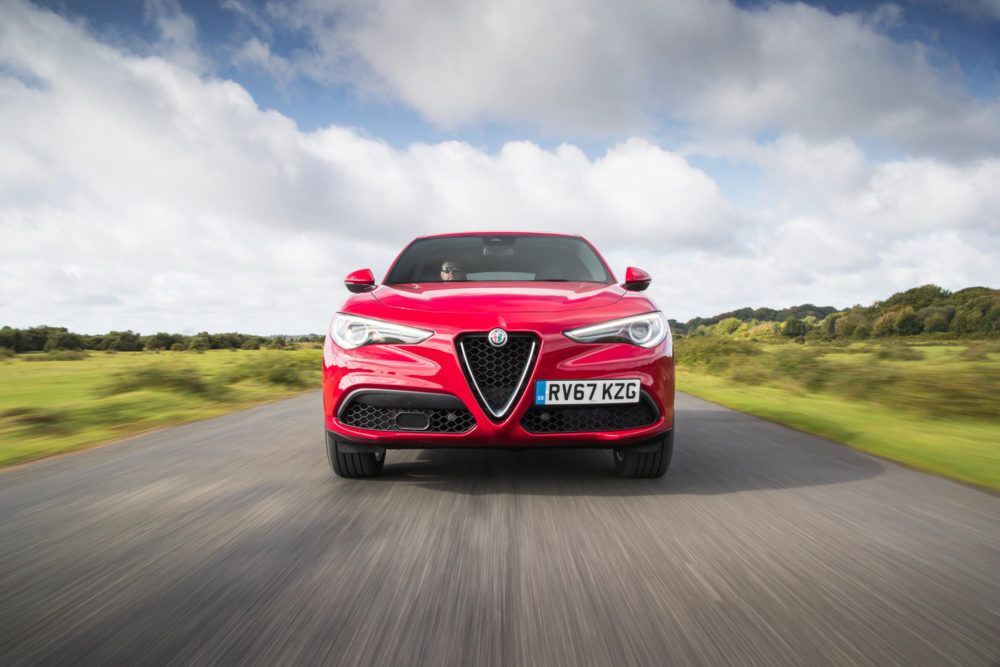 “I cannot see FCA unloading Alfa Romeo anytime soon though. It is FCA’s only attainable and mainstream luxury brand”

The Alfa Romeo Stelvio SUV was supposed to accelerate the storied Italian sports-car maker’s long-term revival plan globally and in the U.S. but so far higher gear has yet to be engaged.

The Giulia sedan was the lead dog in the campaign but sales haven’t been huge. Globally, after the Stelvio there should be a bigger SUV, a full-sized sedan, a coupe Giulia and a new small Giulietta, but Alfa surprised everybody when it unveiled the Tonale compact SUV at the Geneva auto show in March.

Alfa Romeo returned to the U.S. market in 2014 after pulling out in 1995. Sales started with a trickle but gained a bit of pace in 2017 by doubling sales. Nevertheless, analysts regard Alfa Romeo as a “challenger” brand.

“Alfa Romeo is a “challenger” brand in the U.S., meaning that it is not an established brand and must do battle with very time-tested names like BMW, Audi, Mercedes-Benz, and Lexus. That’s a real challenge especially as the Alfa Romeo products out now in the U.S. are good but flawed. The others have comparatively few flaws and are a known quantity to American luxury customers,” said Ed Kim, vice-president, industry analysis at Auto Pacific in an e-mail exchange.

Flawed
“How are Alfas flawed? They are very engaging and fun to drive, but they lack the overall finesse of the best luxury vehicles, and the infotainment system, which is very important now that this has become a major differentiator among brands, is quite rudimentary. Other than driving dynamics, Alfa Romeos have little to make them be noticed in the crowd,” Kim said.

IHS Markit analyst Tim Urquhart agrees that Alfa Romeo isn’t getting much action in the U.S.

“That’s a pity because the Giulia and Stelvio SUV are really good cars. It’s very competitive at that end of the market and buyers can be quite conservative. They don’t want to take risks with players that aren’t established.” Urquhart said.

“Where do they go from here. They need a smaller SUV which is coming up (the Tonale). They are lagging behind the competition with electrification and it’s going to be very difficult for them in the medium to long-term,” Urquhart said..

Despite Alfa Romeo’s efforts to re-establish itself, rumors persist that its owner Fiat Chrysler Automobiles (FCA) might seek to sell Alfa in a bundle with its upmarket wannabe stable-mate Maserati. There was a persistent long-term report during the reign of Ferdinand Piech at Volkswagen that the German giant would takeover the company, but that long ago died on the vine.

“I cannot see FCA unloading Alfa Romeo anytime soon though. It is FCA’s only attainable and mainstream luxury brand. Maserati is more upscale and more expensive. Besides, so much of FCA’s future product portfolio is dependent on Alfa Romeo-developed hardware, especially the “Giorgio” platform that will soon proliferate throughout the automaker’s brands. But I do believe FCA’s expectations for the brand’s global volumes must be tempered,” Kim said.

“Keep in mind that in 2014, Alfa Romeo hadn’t yet launched in the U.S., and ultimately the brand’s launch was delayed until the 2017 model year. So, it should be expected that their U.S. sales are not living up to FCA’s 2014 forecast for the brand. However, the brand remains a universe away from 150,000 annual sales. The new Tonale will help as it resides in a growing segment, and it will likely be Alfa’s top seller in the U.S. not long after it goes on sale. Still, 150,000 annual units will not be attainable for quite some time,” Kim said.

The Stelvio, named after a mountain pass in the Italian Alps with an epic 12 mile driving route with more than 75 hairpins, the Alfa Romeo Stelvio looks handsome and serious. I recently drove a 280 hp 4-cylinder 2.0 liter version, and it was fast and responsive. The eight-speed automatic felt very effective and kickdown was pretty much instantaneous. The cockpit was attractive and practical when it wasn’t fiddly. For some reason Alfa Romeo insists on using a little wheel on a stalk to activate the windscreen wipers. I suppose if you owned a Stelvio you’d soon get used to it, but why bother to do something different that doesn’t at least have an advantage.