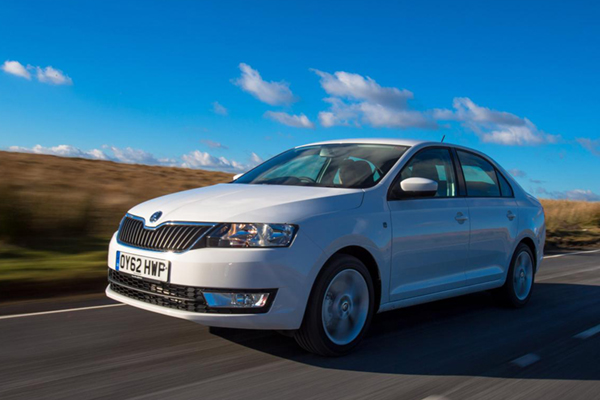 For – lots of room
Against – looks too much like the SEAT clone; interior materials not up to other Skodas

The SEAT Mii/Skoda Citigo/VW Up city cars are virtually identical and now the Skoda Rapid /SEAT Toledo are hard to tell apart. They are even built in the same VW-owned Skoda factory in the Czech Republic. (VW owns the Skoda and SEAT brands). Observers would be forgiven for thinking that the new Rapid and Toledo are also clones of the Volkswagen Jetta which really does look the same but is, in fact, a little bit bigger.

The Rapid was made for less developed markets like Southern and Eastern Europe, Russia, India and China where it is already on sale. The new Rapid is certainly something of a Tardis and actually has more rear leg room than the larger Skoda Octavia. The boot is amazing, with more capacity than a BMW 7 Series. Despite looking like a traditional saloon the Rapid is a hatchback. 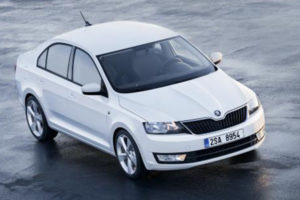 Since Volkswagen’s purchase of the Czech brand, Skoda interiors have improved, built with materials that would not be out of place in an Audi or BMW. Strip the badges from the big Superb or even an Octavia for that matter, and you could easily be in a premium product. It has been suggested that as the VW Group’s ‘budget’ brand, the cars were too well finished and the Rapid has certainly lost a lot of that premium feel with hard plastics for the dashboard and door panels rather than the more luxurious mouldings previously used. While the materials might have been downgraded, the build quality is as good as ever and despite testing the cars on some typically pot-holed British roads, there was no sign of creaks or rattles.

The interior materials are not out of place in a car as big as this which starts at £12,950, but Octavia drivers downsizing will notice the difference. Also whereas Skoda’s perceived quality used to be above average in all the segments in which it operated, it is now only average with the Rapid. 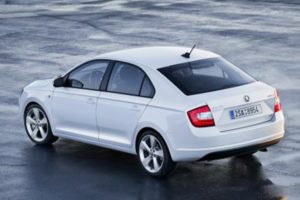 There are three trim levels;  the ‘S’ which is only available with 75 (£12,900) or 86 PS petrol engine (£13,700) comes with steel wheels, six airbags, remote central locking, anti-misfuel inserts, height adjustable driver’s seat, front electric windows, fully adjustable steering wheel and radio/CD with MPS facility and four speakers. Critically, there is no air conditioning and it does not appear to be available even as an option.

The Elegance, which surprisingly only comes with the 105 PS petrol (£16,100) or diesel engine (£17,850) meaning no automatic or higher performance option, does come with some extra gadgets; cruise control, all-electric windows, multi-function steering wheel, floor mats and central arm rest.

I don’t know if the word “rapid” has a different connotation in Czech but in an English-speaking world it seems a shame that the name wasn’t used for one of Skoda’s excellent performance versions.

There doesn’t seem to be any prospect of a higher performance engine, but it seems a shame as the Rapid’s chassis could handle a lot more power, thanks to its high rigidity, excellent steering and reassuring brakes. 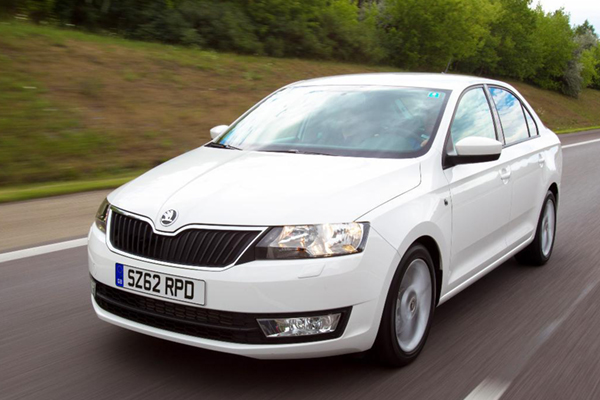