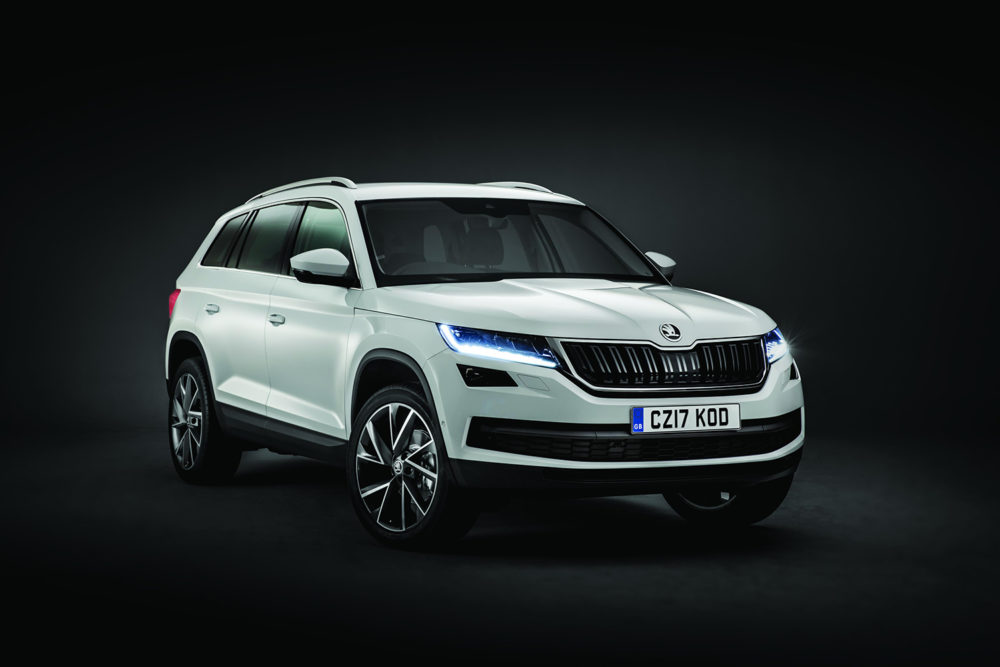 For: Sharp looks, beautifully built, highly practical, spacious and great to drive.
Against: Only minor issues like nowhere to put key fob and distracting radio controls.
£28,545

Mallorca – Like SEAT, Škoda is launching its first proper SUV, the first of several.

Škoda’s Kodiaq  is bigger than its class rivals but costs less. Notionally, the Kodiak competes with its cousin, the Volkswagen Tiguan, but to get as much space as in the Škoda, you would need to buy a Touareg in the class above. VW owns Skoda. 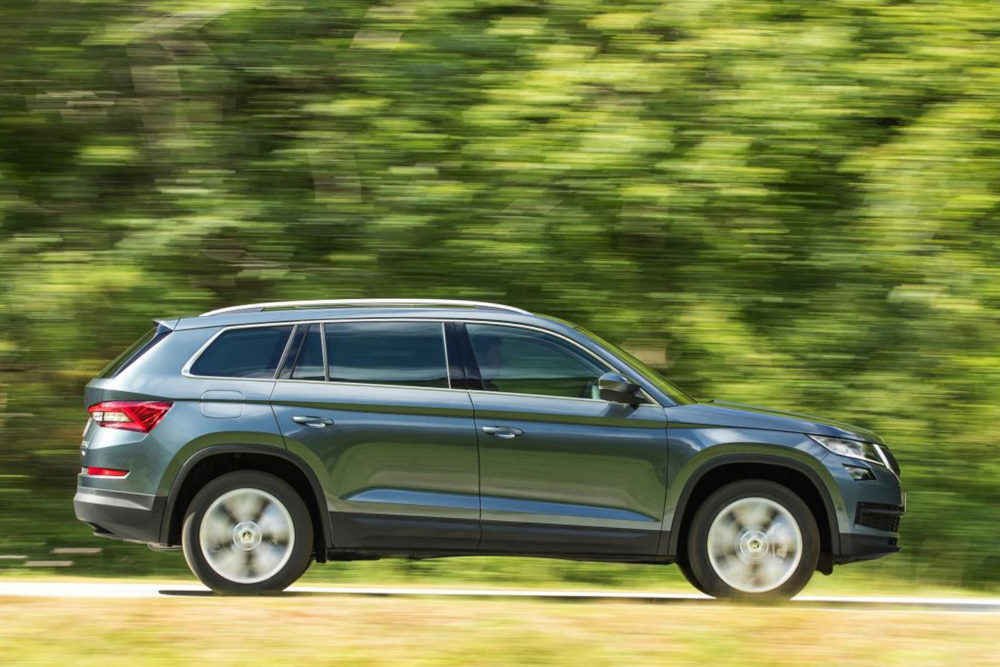 The Kodiaq is 211mm longer than the Tiguan but just 100mm shorter than the Touareg allowing seven seats and great comfort in the first two rows, the third being ideal for children. Even with the third row in use, there is reasonable luggage space but with the second and third rows down there is a vast space and, if the optional folding front passenger seat is specified, can take items up to 2.3 metres long.

When driving the car and inspecting it at a standstill it was difficult to find any signs of economising compared with the Tiguan or Touareg, apart from slightly coarse plastics below the fascia. The Kodiaq interior is a superb place to be with lots of thoughtful details or ‘simply clever’ features as Škoda calls them, such as the double locker in the fascia.

The brilliant pull-out umbrellas are carried over from the Superb and there is one particularly clever and very rare feature: door-edge protection. It consists of a narrow plastic strip located in the edge of the door. When the door is opened, it deploys automatically and positions itself as a protector along the door edge, thereby protecting your own door and those of neighbouring vehicles from scratches. 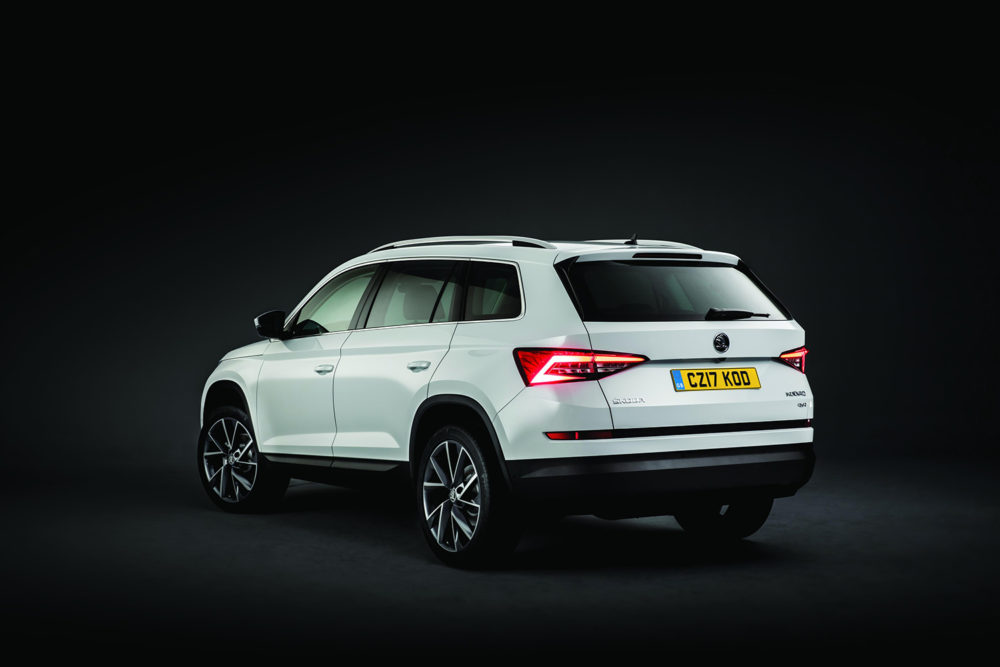 Lots of thoughtful features but one might be problematic
One thoughtful touch could be problematic; the cup holders are designed to allow a water bottle to be opened with one hand, encouraging drivers to drink at the wheel, surely as dangerous as holding a mobile phone.

My only criticisms, which apply to many others, are there is no specific slot for the ignition fob which rattles around in one of the trays in the console and the operation of the radio through the touch screen. Too many actions are required to change a station which is distracting. Škoda needs to follow its sister brand Audi and fit a row or square of small buttons which can be tuned to favourite stations with just one press required to change station. Manufacturers seem preoccupied with removing buttons and channelling as many features as possible through the touch screen.

As is to be expected of Škoda, equipment levels are high with even the £21,495 entry ‘S’ model offering alloy wheels; Dab radio; air conditioning; seven airbags on top of all the equipment you would expect. There are three other trim levels, SE, SE L and Edition. 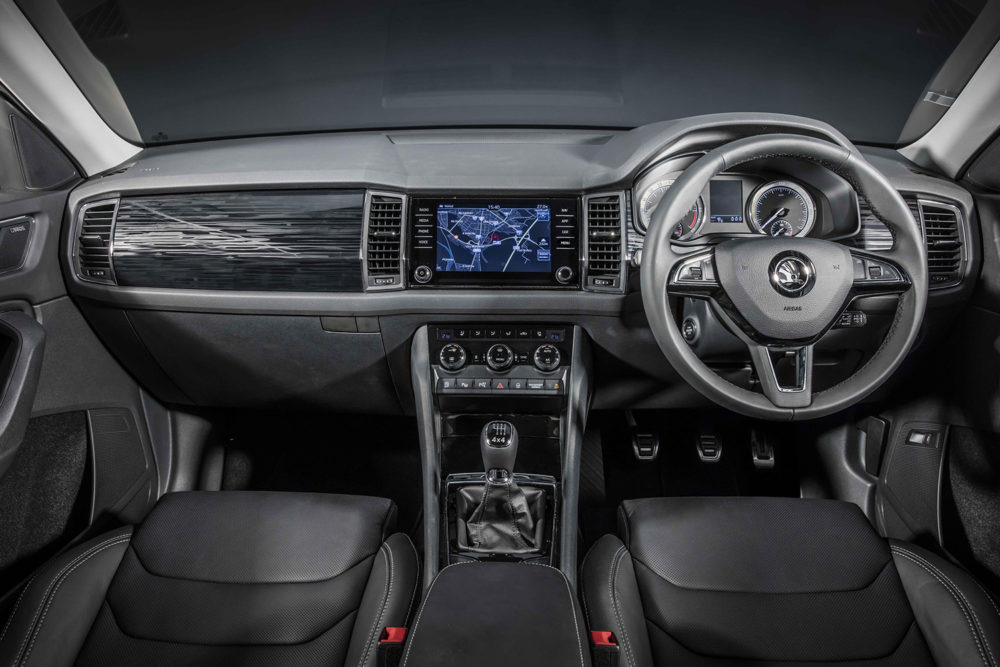 More Skoda SUVs to come
This is the first of a raft of new SUVs from Škoda and its engineers were determined that the Kodiak would drive like a car and generally it has succeeded with roll-free cornering. To achieve this, the suspension has to be stiffer than an Octavia or Superb which slightly compromises the ride on certain surfaces. The steering doesn’t seem as direct as an Octavias but this only shows up on a series of tight bends. While the steering may be somewhat over – assisted, the brakes are not, with linear response to pedal pressures.

Regardless of wheel and tyre combinations the new car is remarkably quiet and refined on low-noise tarmac and it is only with lower profile tyres on other surfaces that road noise is noticeable. Despite its high riding stance the designers have achieved good aerodynamic performance, meaning wind noise is all but absent.

As with the SEAT Ateka recently tested, it is unlikely the Kodiaq will be on the same shopping list as the Tiguan or Touareg which must be a relief to British Volkswagen brand executives as Škoda expects to sell 7,000 Kodiaqs next year in Britain. Considering the car will not be available until May, that suggests full year sales of over 10,000. 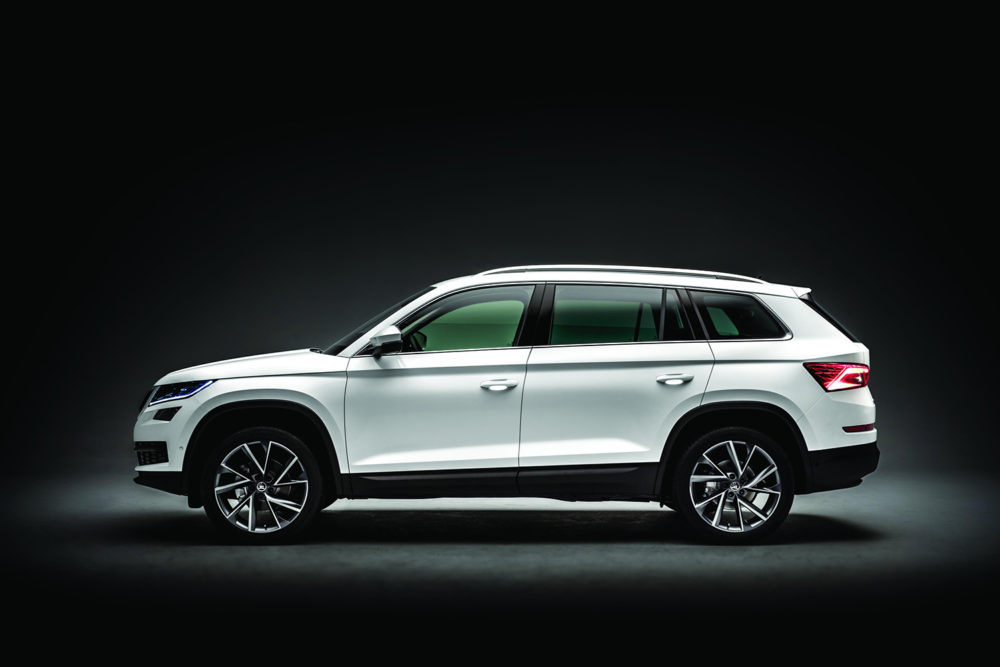