Miracle That It’s Hit The Market 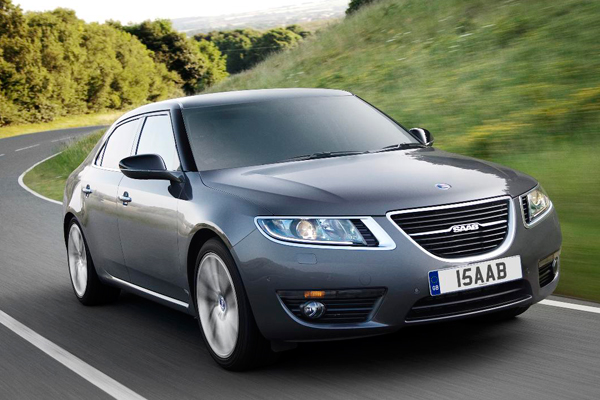 9-5 Looks Great, To Some; Will Have To Face Down Tough Competition
Prices Look High; Does Saab Have A Chance Of Survival?
**** out of 5

Saab was dead and buried at the end of 2009. The factory gates were locked and the workforce sent home. The last rites had been read. But in what must seem like a miracle to Saab workers, the company is up and running again, and about to launch its new flagship 9-5 saloon on world markets.

But don’t forget that Saab was a serious generator of red ink for about 20 years, and although not exactly cherished by its owner GM, the old problem remains; why would you buy a Saab, and not an Audi, Mercedes, BMW or Lexus?

The answer won’t fill those lucky Saab workers with much reassurance that their future is safe. Let’s face it, the main reason for buying a Saab always was because it wasn’t German. It’s bit like voting for the Liberal Democrats. When you strip away the bluster, you find that LibDem voters simply can’t bring themselves to vote for Conservatives or Labour. It is a copout, a way of washing your hands (wringing them if you prefer) of a nasty decision. It means you can say “don’t blame me” when everything turns turtle. Likewise with Saab buyers. They didn’t want to be linked with those brash Germans and their spiffing, modern, in-yer-face cars which said out loud that the driver was successful and proud of it. 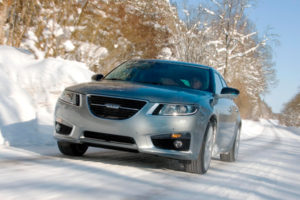 The new 9-5 looks handsome and attractive, in my opinion, although some say it is downright ugly. The car is a Vauxhall-Opel Insignia under the skin, and is well disguised, until you look at it from the rear.

It’s strange how first impressions can impact your judgement, even over minor design decisions. When I clambered aboard the Saab 9-5 2.0 TiD automatic, the steering wheel felt as though it had been covered with inferior, cheap material. That impression coloured my thoughts as I looked at the understated dash and interior design. Not terribly exciting. Not about to win over those buyers looking to Germany. But there was plenty of room, notably in the back, although the sleek roof design might trouble taller passengers. The car drove well without being inspiring. The engine was noisy. The price of £29,235, which included extras like SatNav, and masses of standard kit, looks high to me.

The top-of-the-range 2.8T XWD was something else. And so it should be for approaching £40,000. The beautiful, almost brash interior, might appeal to those German worshippers. This car has four-wheel drive, a 2.8 litre V6 engine producing 295 hp, and amazing acceleration. It felt like a thoroughbred. But then so would £40,000’s worth of BMW, Lexus, Mercedes or Audi. And the Germans would probably offer a high-tech diesel which might do almost all of the above, but manage fuel consumption of about twice as much. No word either on where the money will come from for hybrids or plug-ins, which E.U. CO2 rules will probably make mandatory before too long.

“The most technically advanced Saab with an array of ‘high-tech’ features,” says the company blurb.

“The all-turbo powertrain line-up starts at 1.6 litres and carries forward Saab’s rightsizing engine strategy, which focuses on responsible performance through the development of highly efficient and relatively small four cylinder turbo engines. There is a choice of three fuels – gasoline, diesel and E85 bioethanol – and with diesel power, the new 9-5 offers CO2 emissions as low as 139 g/km.”

Shortly after launch, a 1.6-liter gasoline turbo with 180 hp will be introduced, together with a 2.0-liter BioPower E85-capable engine.

“This car is the start of a new era for our brand,” says Jan Åke Jonsson, Saab Automobile’s Managing Director. 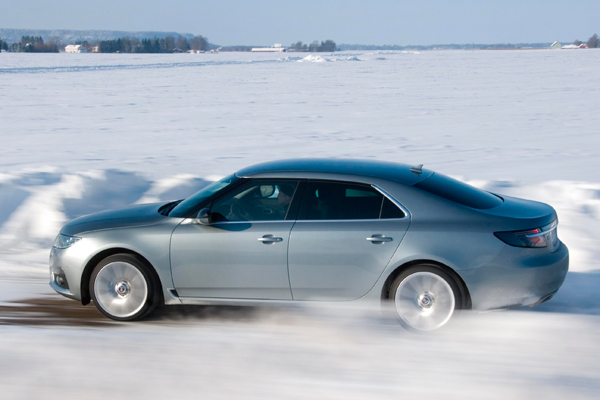 “We have created an advanced and very distinctive product by leveraging the power of our roots in key areas, such as progressive Scandinavian design, sporty driving and responsible performance. The new 9-5 delivers in all these respects, as will every future product from Saab.”

“At launch, the engine choices comprise a 160 hp, 2.0-liter turbo diesel and a 2.0-liter gasoline turbo developing 220 hp. The top-of-the-line 2.8 V6 turbo has four-wheel drive standard. In Saab tradition, the car’s ignition – now a start/stop button – remains between the front seats, next to the gear shift and an electric park brake, which is fitted as standard for all variants,” said Jonsson.

Now there’s an idea to turn the heads of potential German car buyers. Buy a Saab and you’ll get the ignition switch placed between the two front seats. 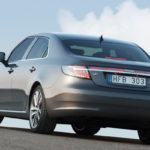 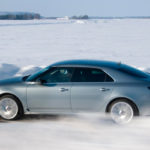 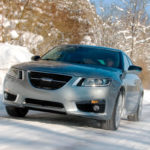 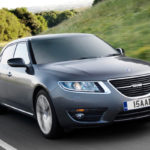 Saab Automobile AB is a Swedish car manufacturer. After struggling to avoid insolvency throughout 2011, the company petitioned the Swedish court for bankruptcy following the failure of a Chinese consortium to complete a purchase of the company On June 13, 2012 it was announced that the National Electric Vehicle Sweden had bought Saab Automobile's bankruptcy estate.