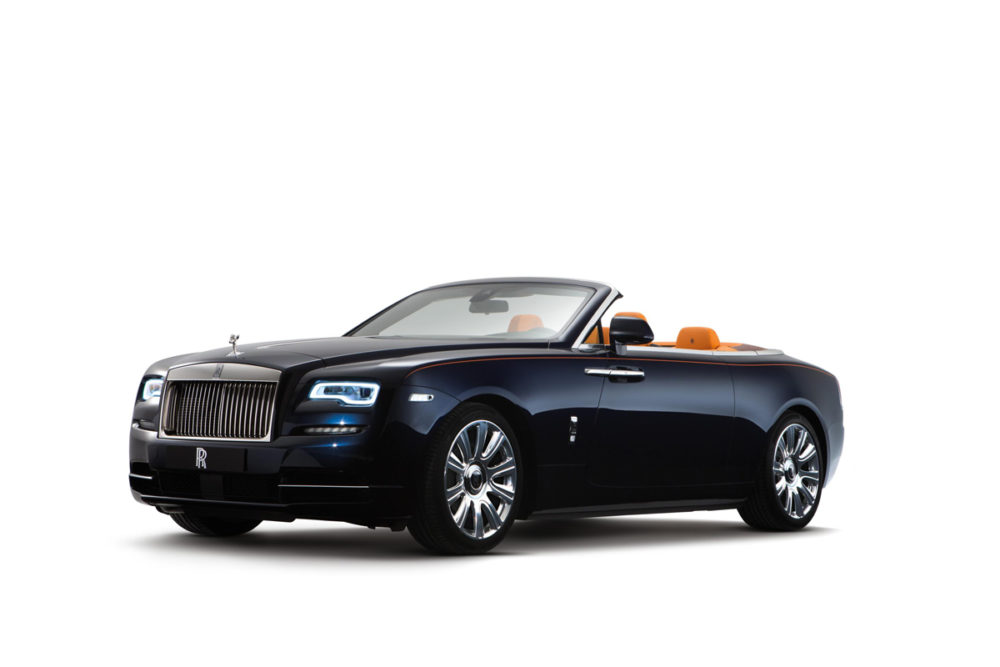 “The Dawn is powered by a 6.6-liter V12 563 hp gasoline engine which is used in the Wraith and Ghost sedans”

Rolls-Royce unveiled its new Dawn convertible, which will debut at the Frankfurt Car Show.

“Our new Rolls-Royce Dawn promises a striking, seductive encounter like no other Rolls-Royce to date, and begins a new age of open-top, super-luxury motoring. Dawn is a beautiful new motor car that offers the most uncompromised open-top motoring experience in the world. It will be the most social of super-luxury drophead motor cars for those who wish to bathe in the sunlight of the world’s most exclusive social hotspots. Quite simply, it is the sexiest Rolls-Royce ever built,” Mueller-Oetvoes said.

No mention was made of the price, however. Press reports suggested it will cost at least $300,000. The fabric roof can be raised or lowered in about 20 seconds. This second convertible in the range, after the Phantom Drophead, goes on sale in the first quarter of next year.

Rolls Royce, owned by BMW, said the Dawn is aimed at a younger market than is traditional for Rolls Royce

The car’s designer wasn’t holding back the hype either.

“Dawn is a Rolls-Royce that feels completely at home on the Route Napoleon. It is a contemporary homage to a life on the Côte d’Azur. The car is a contemporary take on the ‘Casino’ lifestyle. Perhaps seen as cavalier in character it is intended to attract people who relish both freedom and sophistication,” said Giles Taylor, Director of Design.

The Dawn is powered by a 6.6-liter V12 563 hp gasoline engine which is used in the Wraith and Ghost sedans. It will sprint from rest to 60 mph in about 4.5 seconds. Perhaps there will be an electric powered version one day, or a plug-in hybrid, but Rolls Royce wasn’t saying.

Bentley Says Its First SUV Will Be The Fastest, Most Luxurious
FCA Plea To Merge With GM Doesn’t Impress Europe