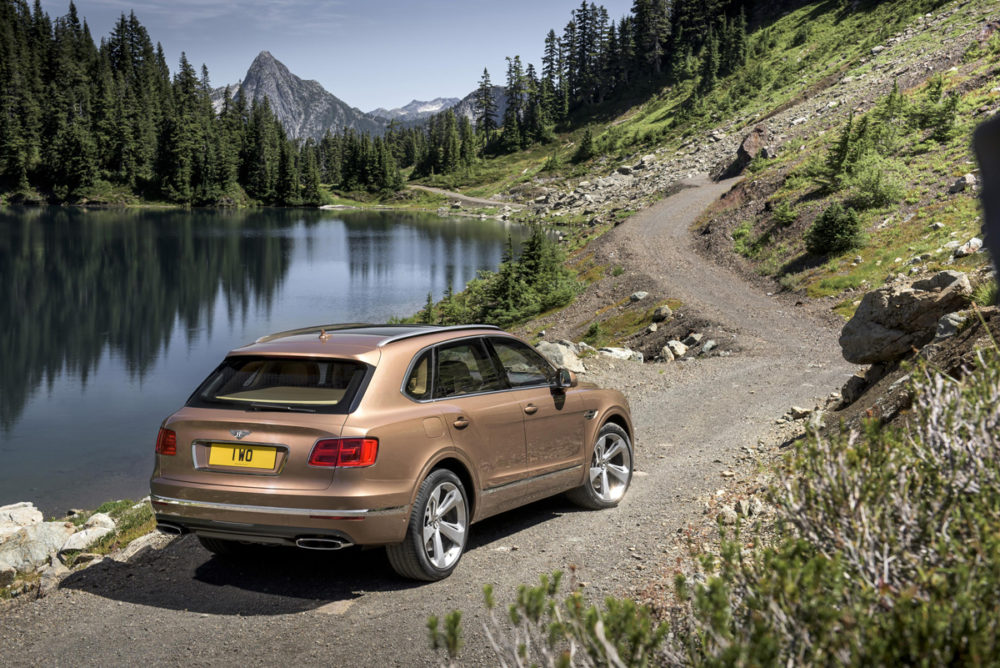 Bentley Says Its First SUV Will Be The Fastest, Most Luxurious

British luxury car maker Bentley’s first SUV, the Bentayga, emerges as a much more svelte and handsome than the overbearingly huge and downright ugly concept vehicle that was first shown three years ago.

The original version had that “get out of my way I’m rich and important” aggressive attitude that first appeared in your rear view mirror via the Porsche Cayenne, and although this finished version is very subtle and attractive, you do have to be seriously rich to buy one.

The Bentayga will be shown to the public for the first time at the Frankfurt Car Show from September 15, and go on sale around the world early next year. Sales will start in Europe, then the Middle-East, with China and the U.S. following by late in the second quarter.

Prices start at $229,100, before tax, in the U.S. For that you get what Bentley, long-established maker of British super-luxury limousines, sports sedans and convertibles now owned by Germany’s Volkswagen, says is the most luxurious and most sporty SUV in the world. It has a 6.0 liter, 12-cylinder twin-turbo engine which develops 600 hp and will blast you from rest to 60 mph in four seconds. Half of the cylinders can shut down in the interests of “economy”. That means a combined 16 miles per U.S. gallon. Versions of this engine will also likely appear in the Audi (also VW owned) A8 limousine and Volkswagen Phaeton II, if it gets the go-ahead.

The Bentayga, named after a mountain peak in the Spanish Canary Islands in the Atlantic close to Morocco, could reach 187 mph if you were minded to on an unlimited German highway. Other engines available later will be a V8 diesel, and hybrid, all using an eight speed automatic gearbox. No word yet on an all-electric version.

You might think that an SUV in this rarefied world would have a monopoly on sales. Not so. In the next couple of years we will see similar new vehicles from FCA’s Maserati, BMW’s Rolls-Royce, Aston Martin, and VW stable-mate Lamborghini.

Given that weakening China is a big target market for the Bentayga isn’t that a worry for its prospects?

“We know demand is there and we’ve already sold the first year’s production,” said Bentayga Product Line director Peter Guest in an interview.

“We’ve been very cautious in volume planning and China is one of many important markets with the U.S. the single biggest market. We expect between one third and a half of Bentayga volume in the U.S. and one third in China,” he said.

What about the formidable competition?

“They are a couple of years behind us,” Guest said.

He conceded that there was a danger of cannibalization, that SUV sales might eat into it sales of its big limousines. Guest said the Bentayga would combine the pace of a Porsche Cayenne with the off-road ability of the Range Rover.

If you take the Bentayga off-road there are eight settings available at the touch of a dial to match the conditions. Standard is a panoramic glass roof. You won’t be able to fault the connectivity or computerized safety aids. When you visit the local horse show, and a folding event seat slides out from the back.

Guest said the diesel engine will be available soon after launch but the plug-in hybrid won’t appear until sometime in 2018.

“A full electric version isn’t planned, but we could do one though,” Guest said.