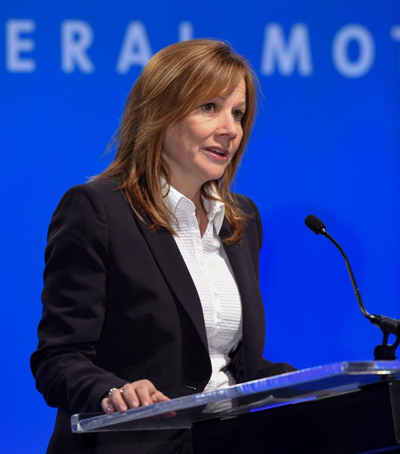 FRANKFURT, Germany – Fiat Chrysler Automobiles wants General Motors to take it over and kick-off a round of global consolidation in the auto industry, but in Europe at least experts say it doesn’t make much sense and isn’t expected to happen.

The plan is seen more as an insurance policy for when times get harder for FCA, rather than a deal that might benefit GM.

As automotive leaders gather in Frankfurt next week for the biennial car show, this issue is likely to be hot. GM CEO Mary Barra is in town too, but is unlikely to change her well documented opposition to a deal with FCA.

Certainly it doesn’t make much sense for General Motors, although it would be great for heavily indebted and marginal manufacturer FCA. Marchionne, in his Confessions of a Capital Junkie speech last April, hoped that a deal with GM would not only bail out FCA, but would set off a round of global consolidation in the auto industry which would ultimately force it finally to be a good steward of resources, not a value muncher. He recently renewed his intention to merge with GM, saying he’d done the research and a deal would result in big synergies and savings.

“Look, the combined entity can make $30 billion a year in cash. Thirty. Just think about that number,” he said in an interview with Automotive News. “In steady-state environments, it’ll make me $28 to $30 billion, Marchionne said.

GM has said it is happy with its size and business plan.

Professor David Bailey of the Aston Business School thinks Marchionne is barking up the wrong tree.

“Certainly, FCA needs another partner, but it can’t force GM to come and play. And look what went wrong years ago,” Bailey said.

Failed the last time
In 2005, GM paid Fiat $1.99 billion to avoid having to take it over. Its alliance deal would have forced GM to buy Fiat.

“I think Marchionne is looking in the wrong direction (for a partner). Perhaps, like Peugeot, there might be a Chinese partner,” Bailey said.

A couple of years ago the French government and Dongfeng Motor Corp of China subscribed to a $3.4 billion share issue which gave them both 14 per cent stakes in financial crippled Peugeot-Citroen.

Garel Rhys, emeritus professor of Motor Industry Economics and director for Automotive Industry Research at the Cardiff Business School, thinks FCA doesn’t really need a partner anyway, given that a company producing around 4-1/2 million vehicles a year, would find it difficult to find economies of scale benefits by getting bigger.

“Most economies of scale are exhausted once you get to 4-1/2 million a year, and I also don’t see any logic for this deal from GM’s point of view. Clearly FCA would like it. Chrysler is the marginal company in the U.S. and Fiat the marginal one in Europe. When things go wrong they are the ones which will fall off the edge. Frankly, I can’t really see the logic that would drive GM to get in bed with FCA. There are really fundamental reasons why GM shouldn’t touch this with a barge pole,” Rhys said.

There are those that like the idea though in the U.S.

Missteps, fumbles
National Legal and Policy Center associate fellow Mark Modica criticised GM’s move earlier this year to buy back $5 billion worth of shares, and described GM’s Chevy Volt and Cadillac ELR range-extended electric vehicles as a misstep. The China involvement looks like a fumble too.

“The feeble leadership at GM will not survive an auto industry downturn if it cannot prosper at a time when auto sales in the U.S. are at all-time highs. That is why shareholders should demand that Barra listen to Marchionne’s pitch or send someone more competent in that would,” Modica said in a published article.

The last time I looked GM was doing rather well. In the second quarter GM earned $1.1 billion, up from $190 million in the same period of 2014, and even serial loss-making Europe broke even.

George Galliers, auto analyst with the EvercoreISI stock research outfit said FCA certainly needs a partner, but currently no one is interested, although he does concede a GM deal is possible.

Dreamland
“I think Marchionne is in dreamland positioning FCA to make a deal with GM. Of course GM is in a much better position than FCA and I can understand why Mary Barra rejects the idea,” Bratzel said.

“I don’t think Marchionne will succeed in convincing GM shareholders that it’s a good idea either,” he said.

Mary Barra is expected in Frankfurt next week, to, among other things, unveil the new Opel/Vauxhall Astra, GM Europe’s new family sedan.