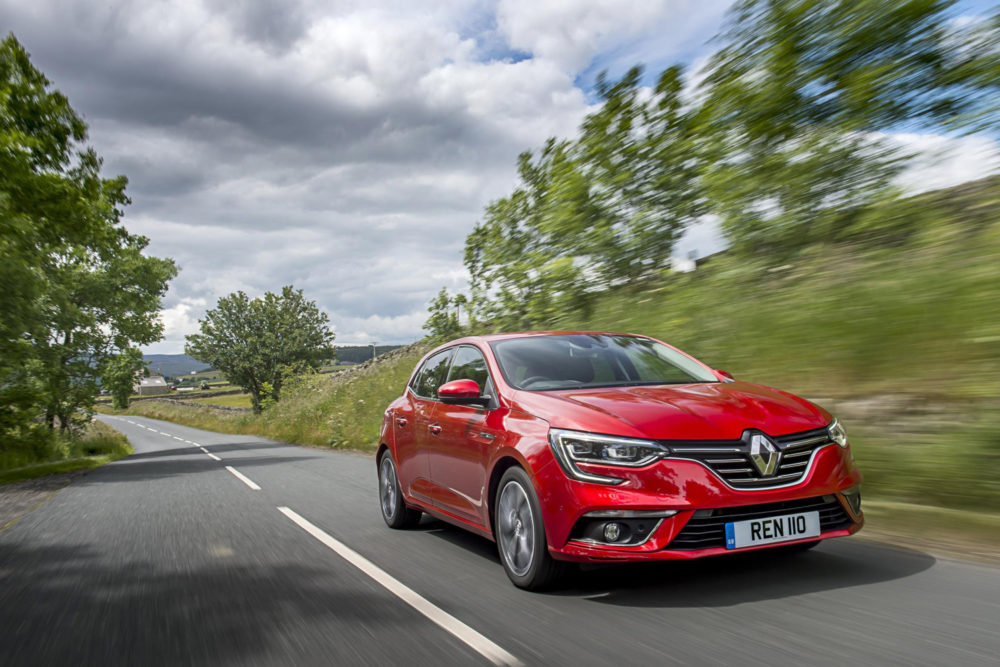 The new Renault Megane is a terrific small family car which may have a bit of trouble standing out in an impressive crowd. 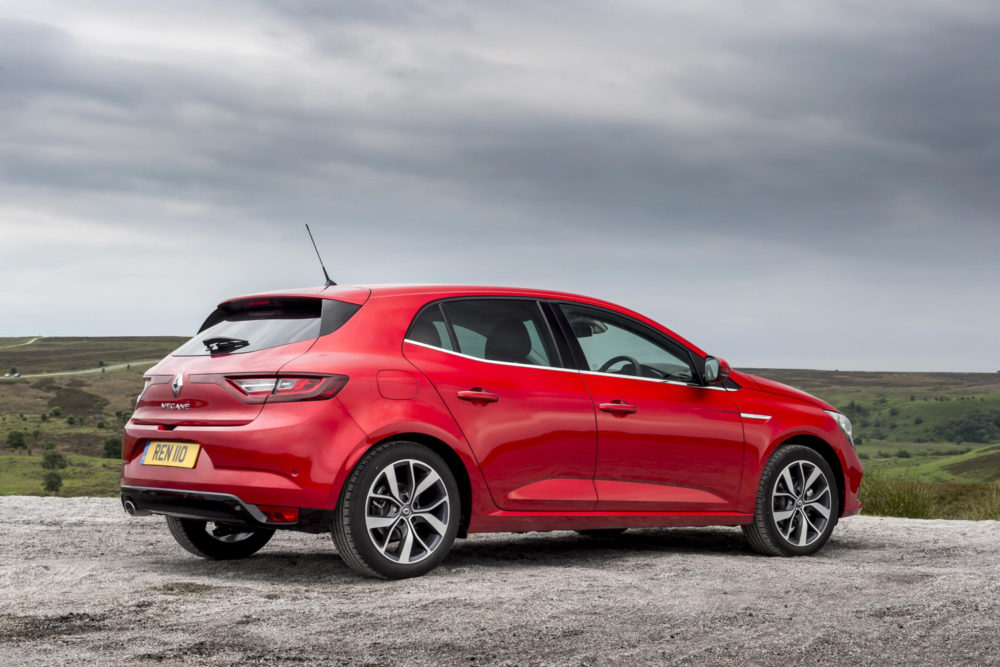 After all this is a major segment in the market, led by the highly competitive VW Golf, Ford Focus, and Vauxhall-Opel Astra to name but three which are all saying “Look at me, I’m the smartest, safest, most connected and best value for money”.

Not only that, but German premium makers like BMW, Mercedes and Audi are attacking from above, while all the big car manufacturers are also flaunting the utility and rugged go-anywhere charms of small SUVs.

So the new Megane looks very handsome. It is understated and attractive, and new from the ground up. It is a bit longer and lower than its predecessor and amongst its standard features count LED lights.

You can choose from four petrol and diesel engines. Next year there will be a “Hybrid Assist” diesel-electric version.

The full set of driving safety assistance gizmos are available including Adaptive Cruise Control, Active Emergency Braking, Lane Departure, Blind Spot and Safe Distance alerts and Hands Free Parking. There are six trim levels in a 25-strong version line-up. Late this year expect an estate car too. There’s a cap-less fuel filler, spring-loaded, which eliminates the need to remove a cap when refuelling. 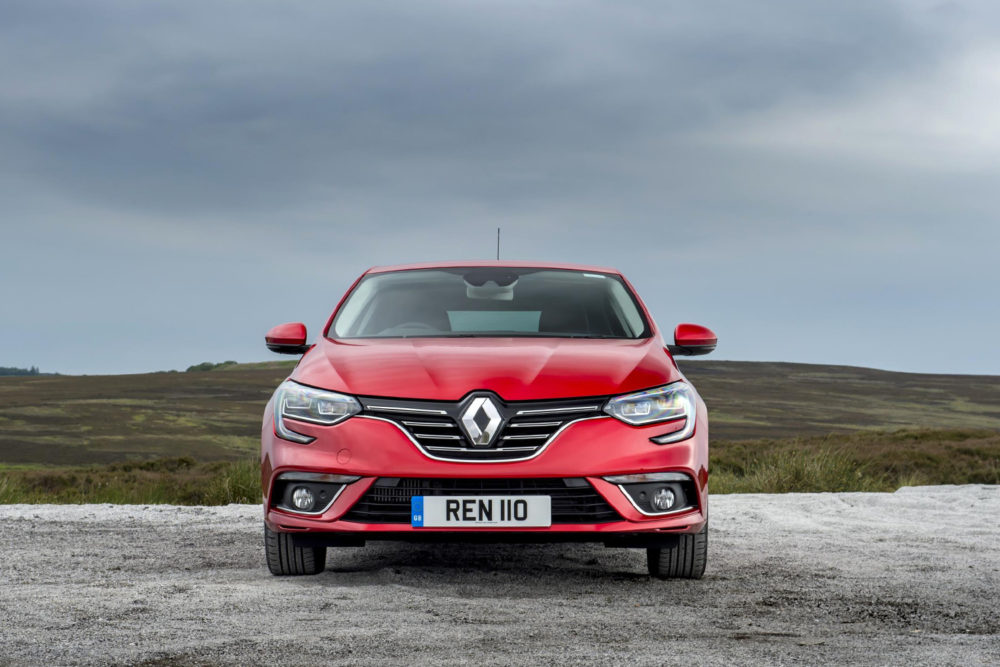 Cockpit feel
The interior has a cockpit feel thanks to the design of the centre console and instrument panel containing the multimedia tablet and 7-inch TFT display, and the sculpted, accommodating seats. Heated front seats with height and lumbar adjustment are available. Discreet top-stitching on the seats and door panels points to higher quality standards than Renaults of the past.

On the Mégane GT there is also 4Control all-wheel steering. This makes the car more responsive and precise to drive on typically twisting roads and more manoeuvrable at parking speeds, Renault says. I’d bet my house that nobody could really tell the difference, but it does give Renault bragging rights. At speeds of less than 50 mph in Sport mode and 37mph in other modes the front and rear wheels turn in opposite directions, by up to 2.7 degrees at the back, giving the GT the manoeuvrability of a shorter-wheelbase vehicle. At higher speeds the front and rear wheels steer in the same direction, turning by up to 1 degree at the back, for greater stability. 4Control calculates the angle of the rear wheels 100 times a second and adjusts them as necessary. This all seems over-complicated, expensive and probably brave all at the same time. 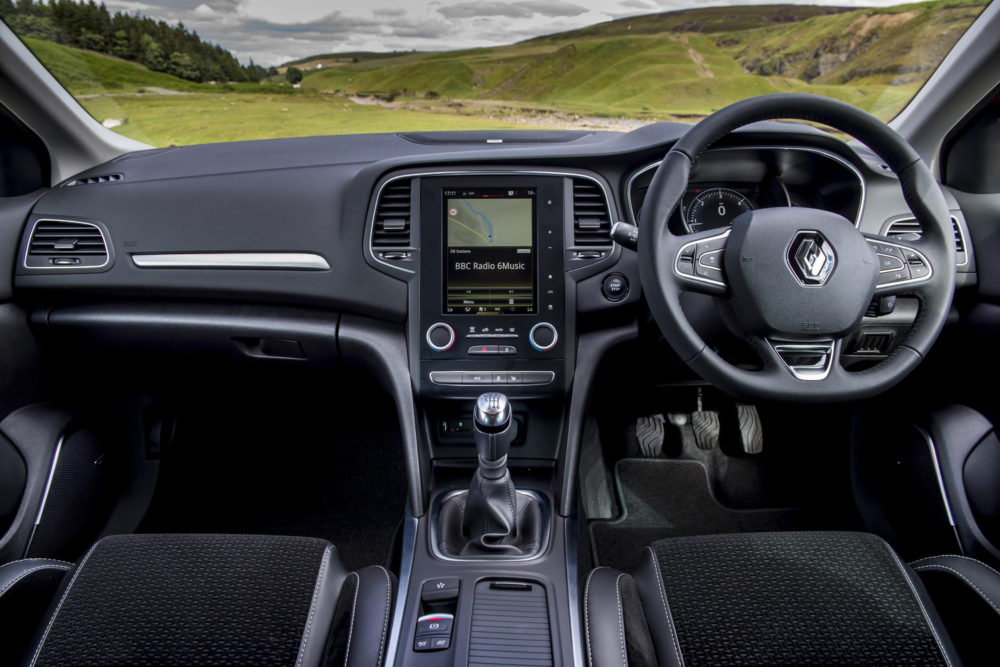 The field of choice is so impressive that the buy decision will inevitably come down to affordability and price. The Vauxhall Astra is current car of the year, which might give it an edge. You might like to exclude manufacturers which blatantly interfered in our politics to thwart Brexit and frighten us into voting “Remain”. That would exclude Ford, Renault, Peugeot, Citroen, Honda, Toyota, Vauxhall, and leaves VW Golf, Volvo V40, Mazda3, Skoda Octavia, Hyundai i30, SEAT Leon, Kia Cee’d, and the Suzuki Baleno.

I’ve narrowed it down a bit. Over to you. 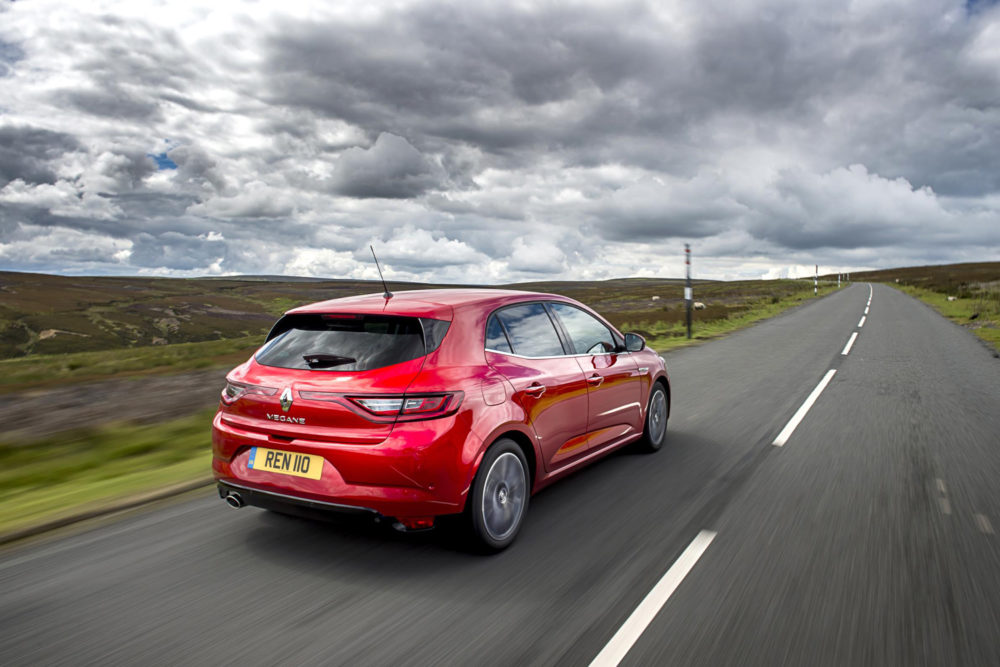