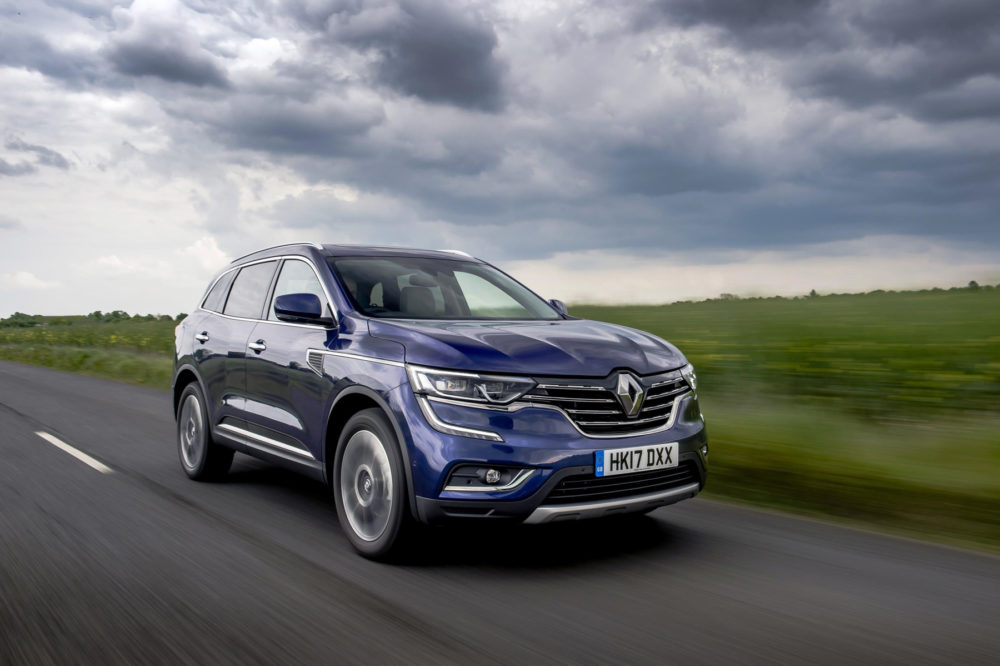 For – you can’t fault this impressive all-rounder.
Against – maybe not enough with all these charismatic choices.
****
£31,900

Another day, another SUV. This time it’s the new Renault Koleos, and I have to tell you that there is nothing wrong with this machine at all.

Because SUVs are coming thick and fast, manufacturers are getting desperate to try and make their contribution stand out in the crowd. So if you buy a Koleos you can change the colour of the dashboard and its dials. 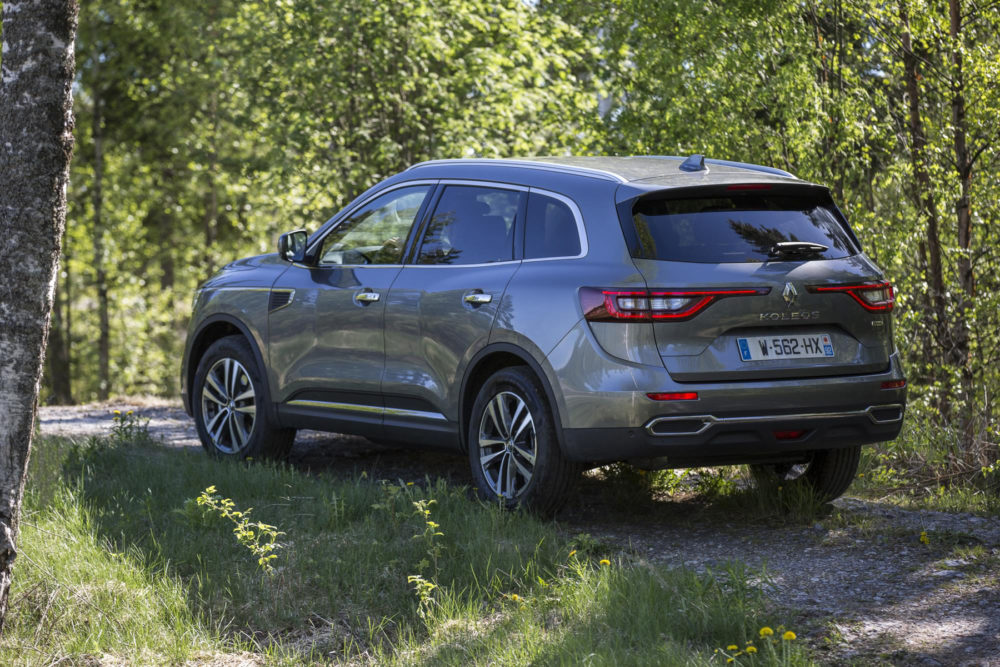 Convinced? I thought not. But there are now so many SUVs in all the size categories, the inevitable outcome is that they will all sell on price. They are all relatively handsome, relatively well made, relatively economical and relatively well designed. The Kia Sportage and Sorento stand out because of their superior warranties, and that’s it. The German choices are the most expensive, although the Volvo has pretensions here too.

If you buy an SUV from Renault, and eschew the little Captur and slightly bigger Kadjar and go for the Koleos, you will be able to choose from 2 diesel engines, with manual gearboxes or automatics, two or four wheel drive. The equipment list is impressive, including

Renault claims up to 57.6 mpg, but of course you won’t get that. Prices start at £27,500, and that’s guaranteed to accelerate onwards and upwards to the sky. There’s a top of the range Initiale version available in Europe, but not in the UK. 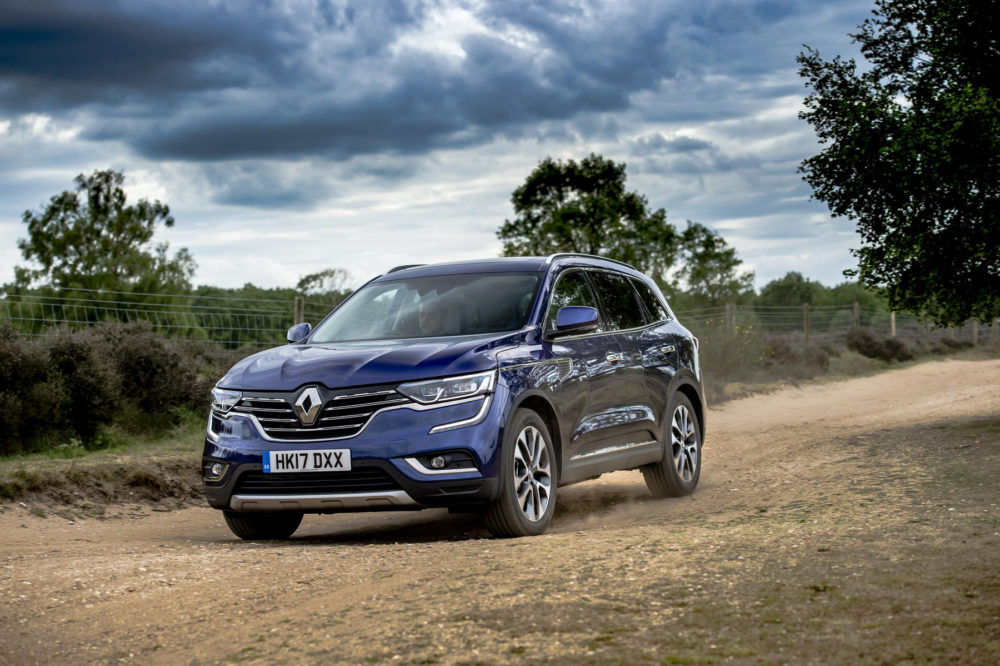 Made in Korea
The latest Koleos, made in Korea, was launched at the Paris Motor Show a year ago, and now on the British market.

There are six versions based on two trim levels called Dynamique S Nav and Signature Nav. A 130 hp diesel is available on both trim levels with a six-speed manual transmission and two-wheel drive. A 175 hp diesel engine has either a six-speed manual or seven-speed automatic with four-wheel drive. There’s no petrol engine option, yet. Sometimes I think I must have dreamt about a so-called diesel crisis.

Ensuring all passengers can keep fully charged throughout their journey, four USB and two AUX ports are provided.

The optional climate pack offers ventilated front seats, heated rear seats, heated steering wheel, and a heated front windscreen, and is available on Signature Nav. There isn’t a seven-seat version, and if that’s what you want, Renault will point you towards an Espace or Grand Scenic people mover

Busan
The latest Koleos is made at the Busan plant in South Korea alongside Renault-Samsung Motors models.

The four-wheel-drive versions allow you to select your driving mode – AUTO, LOCK or 2WD.

All versions come with Renault’s 4+ warranty and assistance package for four years or 100,000 miles (first two years have no mileage limit). There is also a three-year paint warranty and 12 years’ cover against corrosion. Servicing is required once a year or every 18,000 miles. 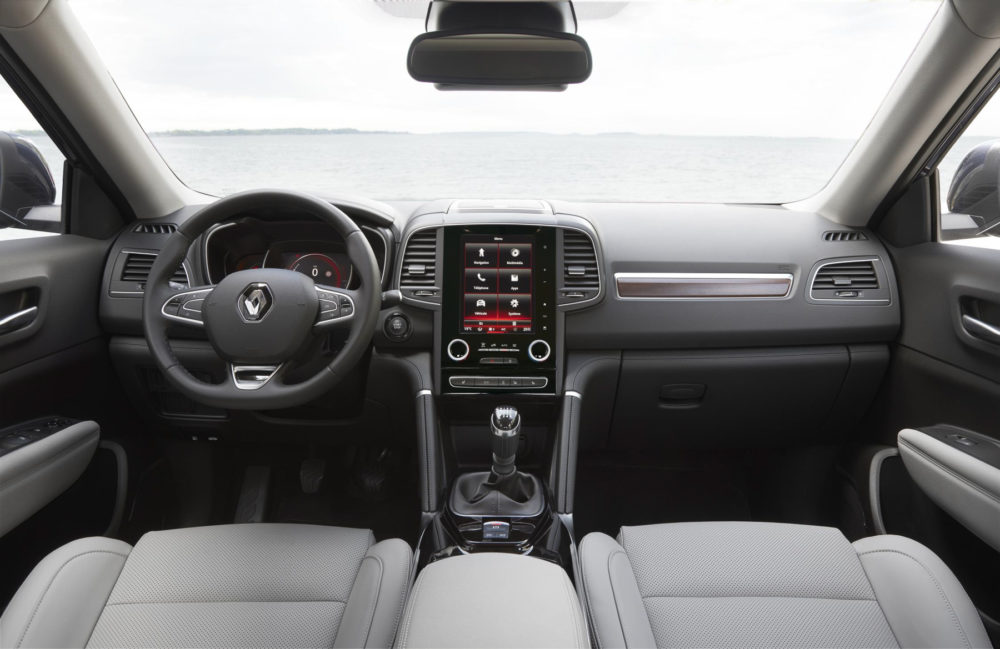 What to buy?
As I said at the top, the SUV market is becoming flooded for choice. This sector, with prices centring around £30,000, is particularly strong, with outstanding choices from the premium makers which will certainly be closer to £40,000, if not way past. Even though the premium choices may look expensive, if you’re leasing it probably won’t make much difference to the price, so there’s no real reason to deny yourself the pleasure. In that case, I’d probably go for the new Jaguar E-Pace, even though I haven’t driven it yet. If I was splashing my hard earned cash, I’d likely go for the Hyundai Santa Fe or Kia Sorrento for their calm-inducing guarantees, not to mention their basic quality, terrific equipment levels and good value. 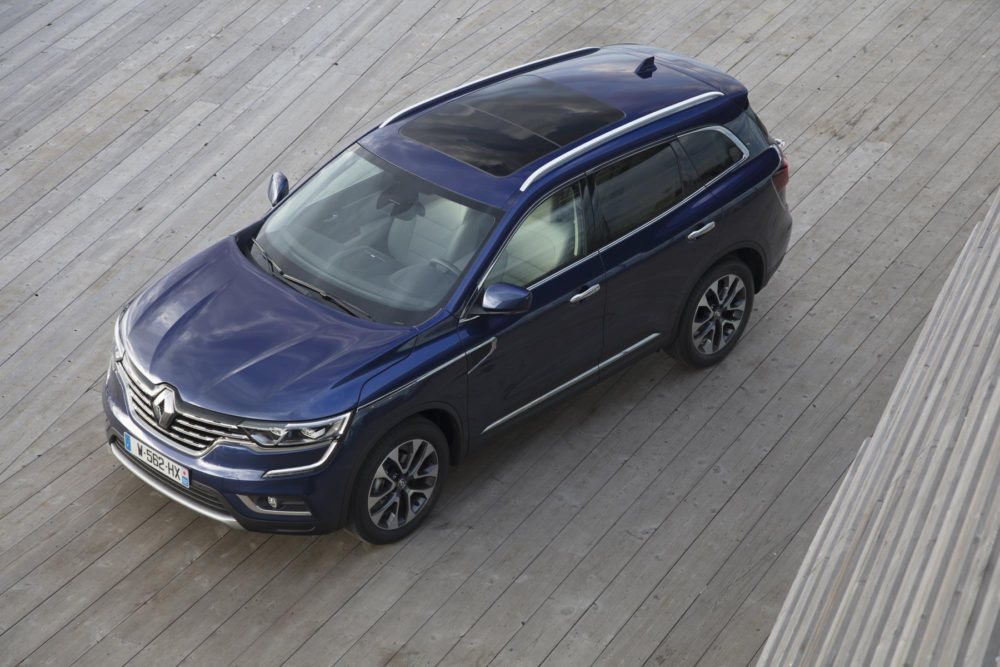