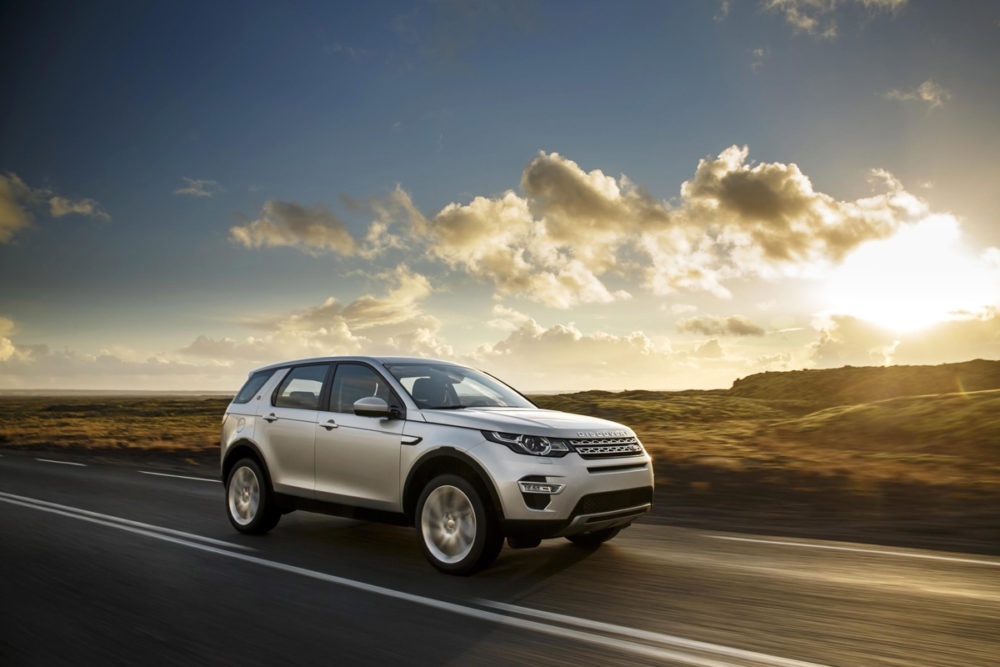 The new Land Rover Discovery Sport replaces the old Freelander and it certainly is a big improvement in terms of looks.

This handsome model, the HSE Luxury, had a fabulous interior with cream leather seats and just about every known piece of modern technology which pushed the price to nearly £46,000 compared with the base price of £32,395 for the basic SE. The dashboard is very impressive, with the surrounding cockpit feel reminiscent of a Range Rover. It was a joy to drive, with precise steering and a terrific ride. I didn’t get the chance to test its off-road ability, but it would be hard to imagine a Land Rover that didn’t excel in this role. At speed on the motorway the car felt solid and quiet. Acceleration is more than adequate; it feels very lively all the way through the gears. Through fast bends, the Discovery Sport held itself flat and true. The nine-speed automatic fizzed through the gears. The flipper manual gear-change over-ride was very useful if you want to gradually slow down approaching long-distance roundabouts and junctions. There was a third row of seats which folded down neatly under the floor in the boot.

Now for the negatives. The diesel engine sounded noisy and the transmission was decidedly jerky at lower speeds, with bad turbo-lag when negotiating roundabouts and junctions. These problems will soon be fixed when a new engine arrives at the end of this year. This does beg the question of course as to why it wasn’t launched with the best possible engine-transmission? There will also be other new engines to choose from. This motor was a hopeless drinker too, returning an average fuel consumption of only 31.5 mpg, compared with the claim of 44.8 mpg. That’s a shortfall of 30 per cent. The results I managed were over country roads or highways, with little in-town stuff, conditions which I consider to be excellent for the best possible fuel economy. A couple of minor negatives; I tried to load my mountain bike into the back, but couldn’t remove the plastic bar that holds the luggage cover, not even after consulting the handbook. The gear-select mechanism is a dial which pushes itself up from the centre console. I would prefer a traditional lever, but that’s not really a game-changer. I also managed to press the button to automatically close the rear door, jumped in and started driving, but when I looked in the mirror after driving about 150 yards, I noticed it had reopened. It had failed to shut because it was blocked by my golf clubs and reopened itself. To be fair, a glance at the dashboard showed that it was open, but…….

So how do you get from the starter price of £32,935 to £45,995? After the base SE with a six speed manual gearbox comes the SE Tech, the HSE and HSE Luxury. Standard across the range is the Land Rover Terrain Response system which has four settings – General; Grass/Gravel/Snow; Mud and Ruts; and Sand. Off-road mode also includes Hill Descent Control and Electronic Traction Control. That’s a control that will probably gather dust. 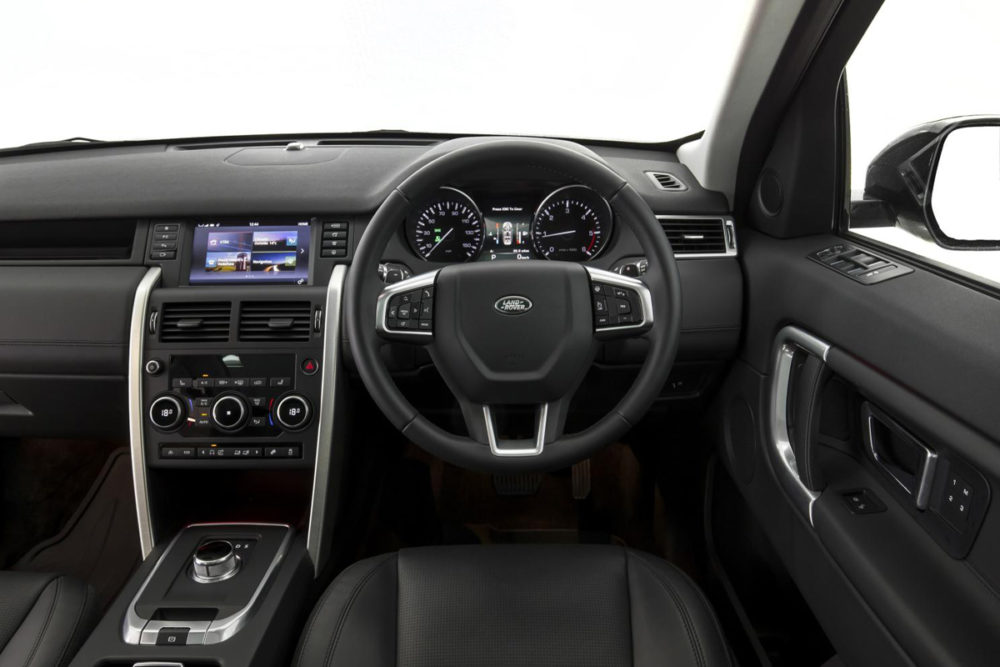 Infotainment
Everyone also gets an advanced new infotainment system with 8-inch touch screen and a pedestrian airbag that minimises the consequences of a collision. You can download Land Rover InControl Apps to your Smartphone and connect it to the vehicle’s dedicated USB port to enable compatible apps to function on the touch screen, with new content available every time the apps update.

The competition is formidable in this sector with the Porsche Macan at the top and the Jeep Cherokee at the bottom in terms of price at least. The Discovery Sport’s stable-mate the Range Rover Evoque might feel its ground is being undercut. In the race to be declared the prettiest SUV, there two are seriously cute-utes.