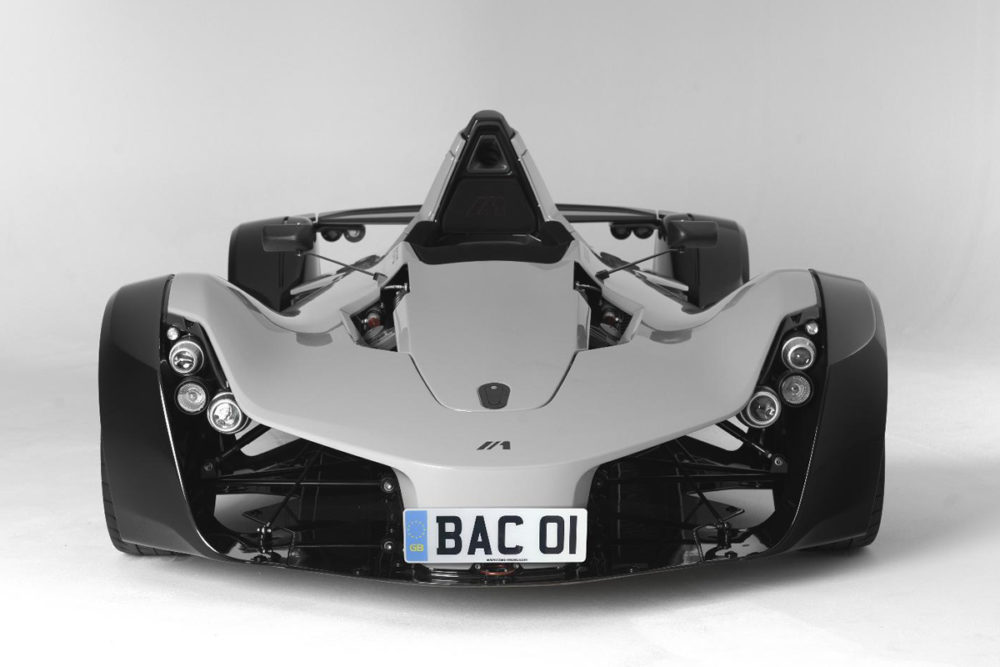 BAC Mono – Single-Seater That Fits On Your Yacht, Private Jet.

“They are not buying instead of say a Ferrari 488, but in addition to those and other cars”

The single-seat Formula 1 lookalike BAC Mono is a road-going sports car aimed at the super-rich, with a special version designed to withstand attack from sea-water while parked on your ocean-going yacht. It’s small enough to fit into some private jets too.

If you want to blast your way around a race-track, a single-seater makes lots of sense, but this car is designed for regular on the road use too, albeit with the mandatory safety-helmet. There’s no windscreen to protect you. 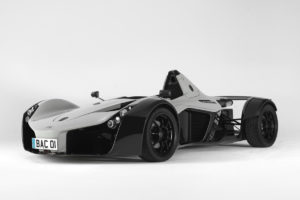 I would have thought there was a limited market for a sports car with only one-seat, but the ambitious British-based Briggs Automotive Company (BAC) begs to differ. Not only that, the company says it has already sold out its production this year of 60 Monos and has orders for 200. It says the Mono won’t compete against cars like top of the range Ferraris. On the contrary, it will be a complement to owners who already probably have a collection of conventional supercars.

The Mono is powered by a 2.5 litre four cylinder gasoline engine producing just over 300 hp and weighs 1,278 lbs. There’s a six-speed semi-automatic gearbox which shifts at the touch of a button. It’s built with carbon fiber composite around a steel safety cell, designed to offer maximum safety with a steel rollover structure and a front carbon “crashbox”. Naturally, as in a Formula 1 car, you take the steering wheel with you. BAC says the Mono lapped the Formula 1 circuit in Hungary seriously faster than a Porsche 911 GT3, a Ferrari Speciale and a McLaren P1. But BAC says it’s not just its barely imaginable performance that will compel rich buyers, it’s the quality and precision of the engineering.

Andrew Whitney, BAC director of Strategy and Development, said the company is producing about 2-1/2 Mono cars a month and has already sold the 60 cars it will make in the coming year.

“After that the plan escalates, the momentum is accelerating,” Whitney said in an interview. Other models are planned but he wouldn’t elaborate.

“The BAC business all about the integration of precision engineering with cutting-edge design and technology. We will continue to develop the car and will add other products that attract unique market place solutions. We are selling to a very elite clientele. They are not buying instead of say a Ferrari 488, but in addition to those and other cars,” Whitney said.

“Each one is bespoke to its owner. A typical customer invests in highly personalised options. For example, we fit the seat, special steering wheel and entire cockpit to the shape of your body. That takes 2-/12 hours, the same as for a Formula 1 driver.”

The Mono can be ordered with special at sea protection.

“You can buy a marine edition, specially designed to withstand salt air which can be loaded on to your super yacht. That will give you the opportunity to arrive in style in places like Monaco,” he said. 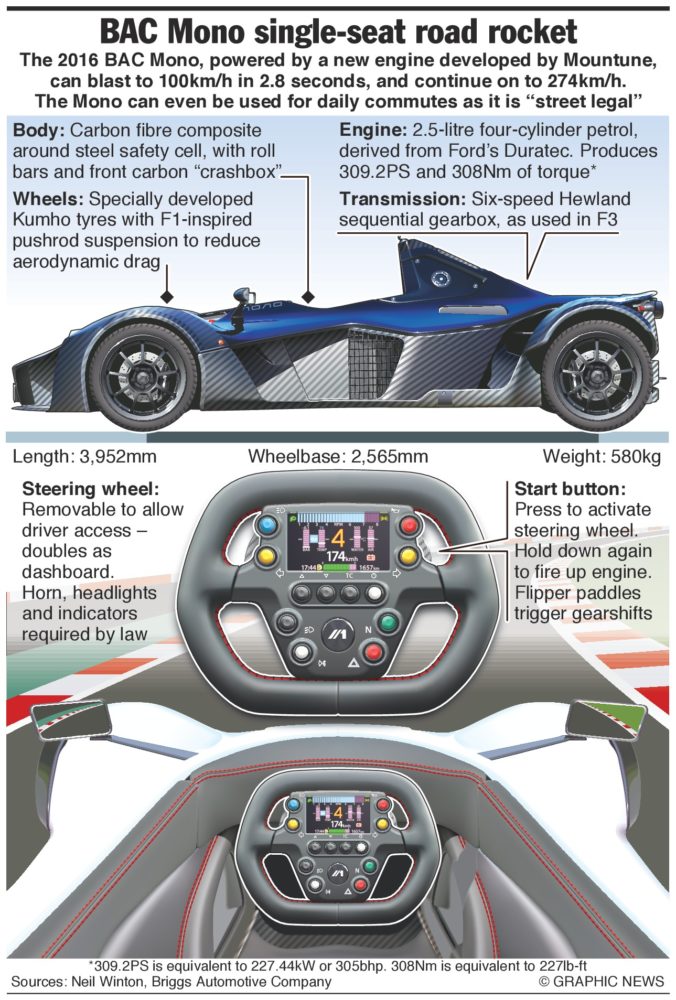 Why wasn’t it designed with a little more practicality, with for example, a little pillion style second cockpit for a passenger?

“That would look a bit ungainly and would go against our original philosophy. We wondered what a car would look like if you designed it solely around the driver and the dynamic driving experience, and forgot the usual compromises. It would be perfectly balanced and the driving sensation would be unlike anything else in the world with its responsiveness and connection and perfect weight distribution,” Whitney said.

BAC is currently negotiating with investors to finance the next five-year plan.

One untapped market is surprisingly Europe, because the regulatory regime won’t allow it in. BAC says this hurdle will be jumped soon.

“Imagine what will happen (to sales) when we get that certification,” Whitney said.

Always assuming there’s a bunch of Europeans eager for the solitary excitement of a Mono. 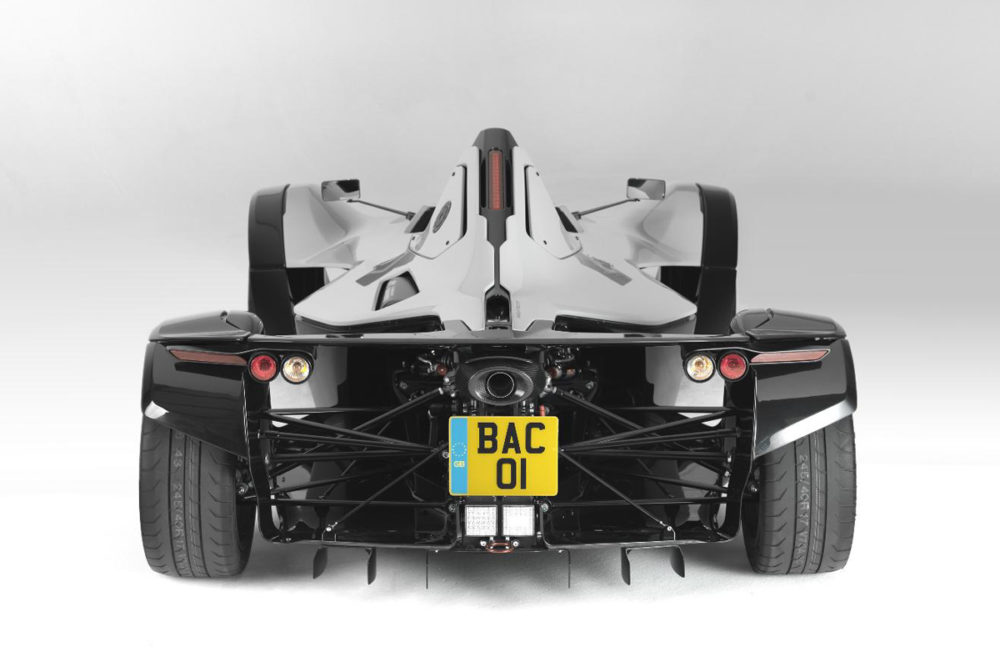