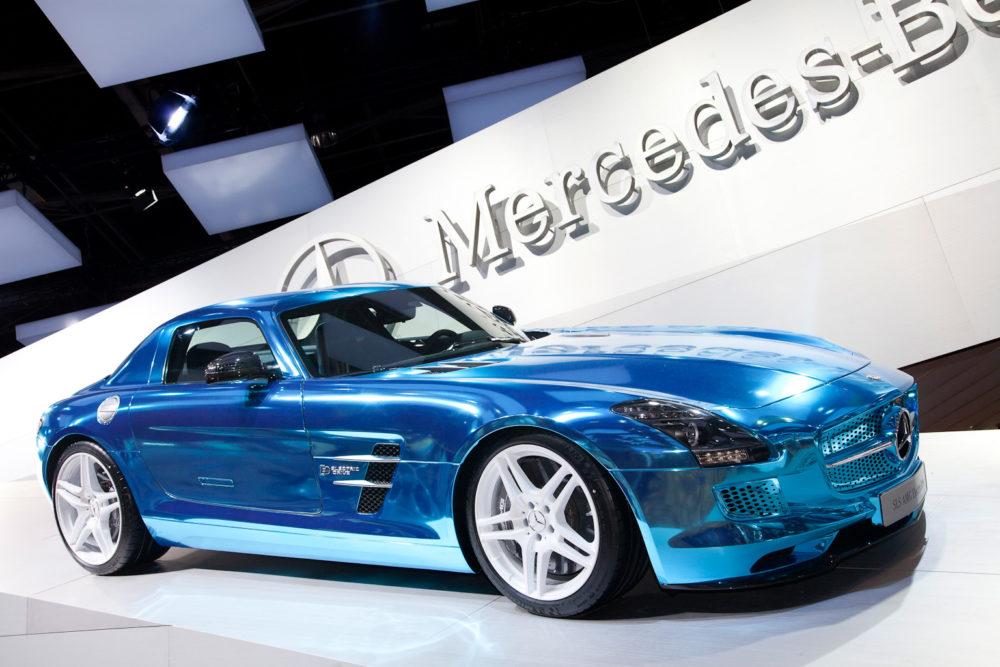 Germans Shaken By China But Investors Believe In Long-Term.

Reaction To Devaluation On Stock Market Seen As Overdone.
Not Really A “Devaluation”, Just A Marginal Cut.

“the Germans remain almost 100 per cent hedged for 2015 so there’s no impact there. The impact for 2016 still remains fairly minimal”

German car stocks took a beating after China manipulated its currency lower on foreign exchange markets, but many investors clung to the belief that the damage was temporary, and reckoned long term prospects in the world’s biggest car market were good.

Media outlets like the BBC got the news hopelessly wrong initially, reporting it as a “big” devaluation, when in fact it represented an initial cut of about 1.9 per cent, and a couple of days of slightly smaller moves. A proper, devastating devaluation which changes everything would have to be as big as the British one in 1967 when it devalued by around 14 per cent.

But initial reaction on stock markets though was devastating for German automakers as stock prices tumbled. Mercedes parent company Daimler lost just over 10 per cent of its stock market value during the week. BMW lost 8.7 per cent and Volkswagen shed 7.5 per cent. Volkswagen depends on China for more than half its net profit. BMW and Mercedes make big money in China too. 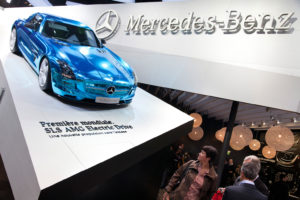 All three rallied a bit by the end of the week. There was plenty of doom and gloom from analysts about the implications for BMW, VW and Mercedes, but some held on to the view that because China’s currency move was relatively small, their profits were still set fair. The next phase of China’s economic growth might be more ominous for the Germans and traditional manufacturers because it means local car companies might start to flex their muscles.

The Financial Times’ “Lex” opinion column said companies and investors should get used to this volatility.

“There will be more of it,” Lex said.

Crimp sales
“It (devaluation) is deemed bad for U.S., European and Japanese companies selling into China – partly because it may crimp sales and profits in their home currencies – but more because of what resorting to devaluation says about the state of the Chinese economy. No wonder shares in the likes of BMW fell,” Lex said.

But some investors hung on to a more positive view.

Barclays Equities Research thought markets were over-reacting, and the fall in stock prices might be a buying opportunity for the brave.

“We think the sector devaluation has been more of gut reaction to the macro news on China, than based on fundamentals, especially due to the indiscriminate nature of the moves, irrespective of specific stock China exposure,” Barclays said in a research note.

“We wonder whether this week’s pullback will be viewed as an attractive entry point by longer-term investors,” it said.

The mass end of the China market was more at risk than the premium, Barclays said.

Single digit rates
“We believe the long-term growth potential in China is intact and that growth will recover to mid-single digit rates in the medium term. We also believe that such growth rates remain healthy and should be put in perspective bearing in mind the higher base, with the total market now above 20 million units sold annually, more than double the 2008 level. The recent yuan devaluation should also have limited impact given already high and growing localisation rates,” Fitch said in a report.

Investment researcher Evercore ISI pointed out that the devaluation was relatively small, and that the Germans had hedged their foreign exchange positions to make sure their profits in 2015 and 2016 would be protected.

“Our position remains the same – the currency moved another 1.6 per cent and the Germans obviously remain almost 100 per cent hedged for 2015 so there’s no impact there. The impact for 2016 still remains fairly minimal. But if we end up in a situation where the China currency dropped another five or 10 per cent then things start to get interesting,” he said.

“At this point we don’t see this as a major problem. But this level of uncertainty that now is surrounding the exchange rate, it’s not surprising that investors are becoming increasingly nervous and we can understand why they are looking to reduce exposure,” Galliers said in an interview.

Professor Ferdinand Dudenhoeffer, director of the Center for Automotive Research (CAR) at the University of Duisburg-Essen, put a positive sheen on the prospects for the German premium car makers, pointing out that they now produce a huge amount of vehicles in China, making them less vulnerable to currency movements.

When will it recover?
Dudenhoeffer was more worried about the weakening car market there.

“What happens to the China car market is much more important than the exchange rate. We’ve seen the slowdown taking place each month, but it’s difficult to evaluate how long this will continue,” Dudenhoeffer said in an interview.

New car sales in China, now the world’s biggest car market, fell another 2.5 percent in July to 1.3 million, according to the China Passenger Car Association, the lowest monthly sales since February 2014.

“When will the new growth period start,” asked Dudenhoeffer. “When the economy stabilizes and we have new growth, then the car market will be very sound. If that doesn’t happen, then we have a situation that is a bit tricky.”

Dudenhoeffer said that when the recovery does start it might be more difficult for BMW, Audi and Porsche to restore the good times because sales to the new wealthy in China’s big cities will reach saturation and slow down. This also represents an ominous opportunity for local manufacturers to gain ground.

Real chance for Chinese
“There will be demand in the rural areas – after all one billion people live there. Incomes are very low outside the cities at the moment, but steadily improving. This all depends on the speed of economic growth and because of lower incomes in the countryside, they will buy cheaper cars. In the next period of growth this will be a real chance for Chinese car makers to become strong,” Dudenhoeffer said.

UBS analyst Philippe Houchois was worried about China but thought long-term investments would be safe.

“Like everyone else we are worried about the slowdown in China,” Houchois said.

The Chinese market was entering a period of mid-single digit growth with aggravated pricing pressure from more competitive Chinese manufacturers, with lower income regions driving most growth adding that.