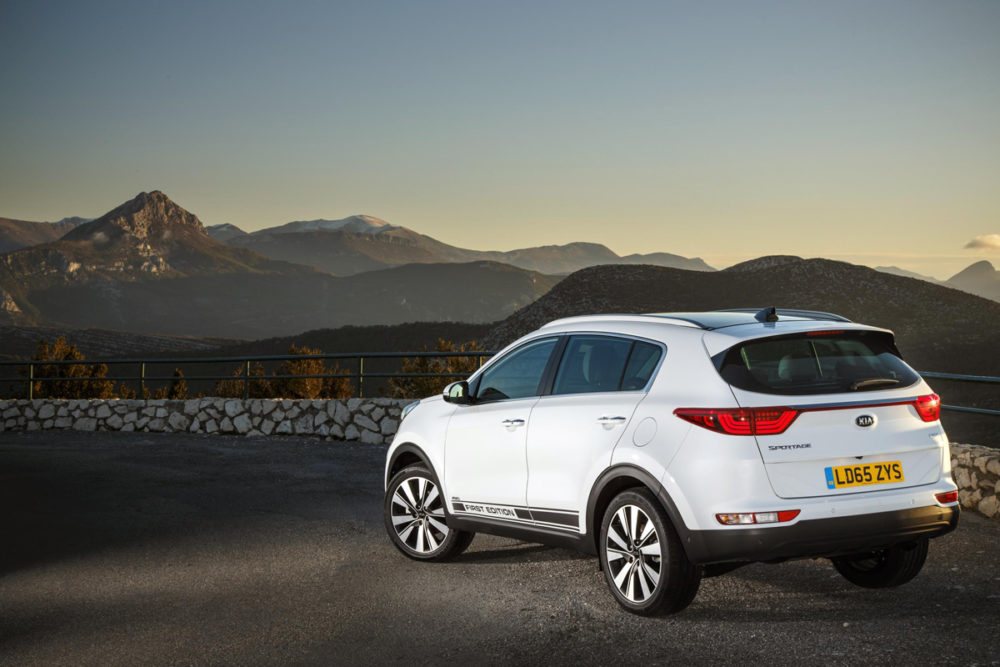 NICE, France – My search for the perfect compact SUV moves on to the new Kia Sportage, and it certainly is an impressive beast.

The old Sportage took Europe by storm, not least because of its brave and handsome design. The Sportage was probably the first SUV in this category to win sales by being exciting to look at, as well as boasting a high, comfortable ride, acres of space for stuff, kids and pets, and off-road ability too. But to nudge ahead of the pack it will have to elbow aside terrific contenders like its Hyundai Tucson stable-mate, not to mention the Ford Kuga, Honda CR-V, Mazda CX-5, BMW X1 and Audi Q3.

“my affections currently rest with the Suzuki Vitara, which with its new 1.4 litre turbo-charged petrol engine and six-speed auto box, and heavy with included gizmos, sounds as though it’s made for me.”

The Sportage was influential in transforming Kia from a stack ‘em high sell ‘em cheap brand to one which competes with mainstream brands like Volkswagen, and which also has serious pretensions to move even higher. 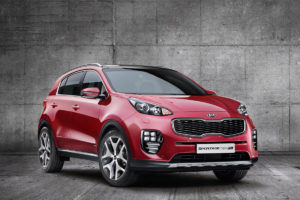 Kia designers faced the problem of competing with a successful design, so not surprisingly they haven’t changed it radically. The front grille now reflects the Kia family look. The headlight and foglamp assemblies are designed to attract attention. There are plenty of other design points around the vehicle to draw your eye. The new version is a bit longer than the old one – 1.6 inches, with a wheelbase 1.2 inches longer – so there is more room in the back. The floor is a bit lower making for easier entry. Inside the decor is plain but solid, with a quality feel to the flush-fitting fixtures and trim, soft-to-the-touch materials and luxurious detailing.

On the road, given that the Sportage is basically a Tucson in disguise, the steering surprisingly felt less precise that its Korean brother. Kia says indeed most of the structure is identical to Hyundai, but Kia engineers tweak the engineering to produce a different feel. 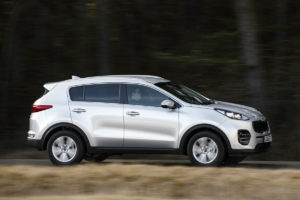 Turbocharged
Prices of the new Sportage start at £17,995, and range on up to £31,995 for this First Edition. The range is badged 1, 2, 3, 4 and GT-Line. There are now four engines with five power outputs and three transmissions with the introduction of a 1.6-litre 172 hp turbocharged gasoline direct injection unit and a seven-speed dual-clutch automatic gearbox, both of which are reserved for the new GT-Line. The version tested is the top of the range ‘First Edition’ which has the 180 hp diesel, six-speed automatic gearbox, four-wheel drive, two-tone leather upholstery and computerised parking.

All these Sportage engine choices are very impressive, yet if you were to buy one in the U.S., the emphasis there is on power and sportiness, rather than frugality. There are just two choices there, both petrol powered – a 181-hp 2.4-litre four-cylinder or a 241 hp 2.0-liter turbocharged four-cylinder; automatic only. If only we weren’t cheated regularly by our government’s rapacious tax regime.

Connectivity and advanced driver aids are a pre-requisite in any car these days, and the Sportage will not disappoint. All versions except the entry-level grade have a 7 or 8-inch touch-screen satellite navigation system linked to Kia Connected Services with TomTom, providing European mapping and detailed traffic, speed camera, weather and local services information. 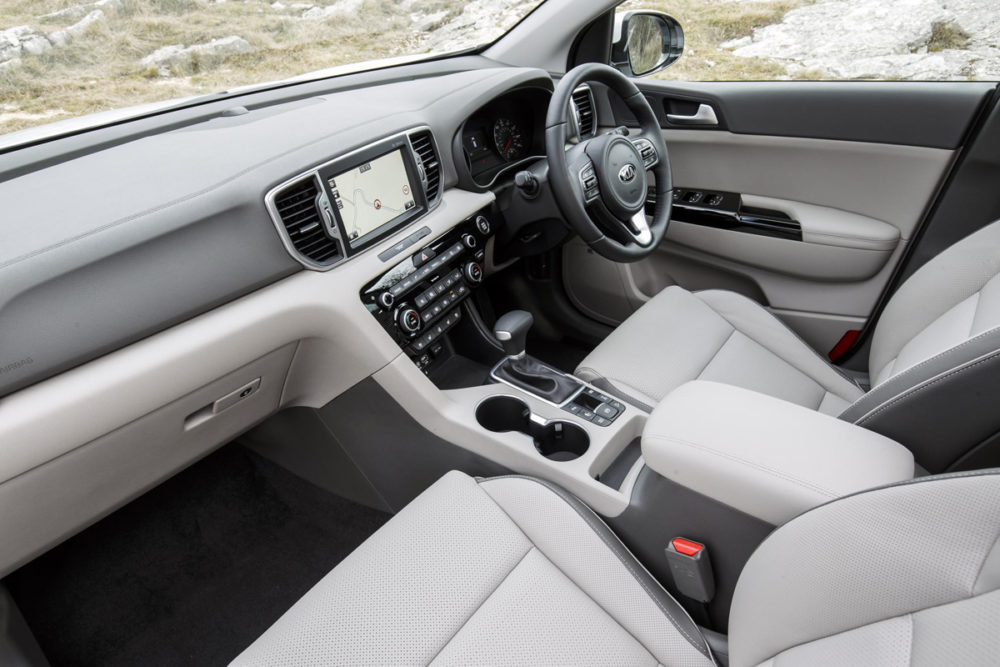 Deal maker
And here comes the deal maker. Like every Kia, the Sportage comes with a seven-year or 100,000-mile transferable warranty.

So the Sportage certainly competes with the cream of the segment, but my favourite remains the Tucson. I like its Audi-like understated looks, shielding terrific build quality and drivability. The only negative for the Tucson was its comparatively poor fuel economy. I imagine the Sportage would fall into the same economy trap given that it is virtually the same engine.

Of the competition that I’ve evaluated so far, the Volvo XC-60 was much too expensive, ditto the BMW X1 and Audi Q3. The Kuga was impressive and Ford made a decent attempt to woo me, even though it initially forgot I existed. The Skoda Yeti, at the bottom end of the choices in terms of size was lovely but too pricey for what it is. Other contenders from below have failed too, like the Honda HR-V, which didn’t have a decent automatic or a powerful enough engine. It was maddening to discover Honda does make a powerful 1.8 litre version with a good automatic for the U.S. market, but doesn’t sell it here.

So my affections currently rest with the Suzuki Vitara, with its new 1.4 litre turbo-charged petrol engine and six-speed auto box, and heavy with included gizmos, sounds as though it’s made for me. Will this survive through the deal-making process? Stay tuned.