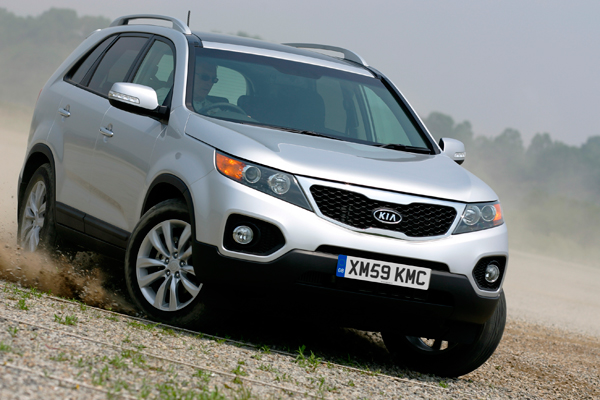 Sorento Matches Anything European, Or German Even

Unfortunately, So Does The Price
But 7-Year 100,000 Guarantee Sets It Apart From Normal Motors
*** out of 5

BARCELONA, Spain The new Kia Sorento is testimony to the fact that there is no such thing as a free lunch. After you’ve taken on board the impressive fact that this beautiful, practical, well-made SUV is now at least as good as the top European competition, you will come to the conclusion that the prices have caught up too. This may well be because of the weakness of the pound, but it is nevertheless true. The one thing they can’t take away from you, at the time of writing at least, is the 7-year, 100,000 mile guaranty. That puts it head and shoulders over the opposition, it seems to me, and is a deal clincher which nobody else chooses to match.

The new Sorento has changed completely from the old one, which was built on a solid, heavy, frame construction. The new model is a much more car-like and with a lighter so-called monocoque construction – the body itself takes the strain, not a chassis. The new up to 7-seat Sorento is unlikely to be as rugged as the previous model, or capable off-road but it does drive competently and well. It will still get you through the snow and ice, but won’t scale mountains and ford rivers like the old one supposedly would. In other words, it will do the jobs that normal people need doing, on the rare occasions the four-wheel drive is called upon to perform. And it does look terrific. 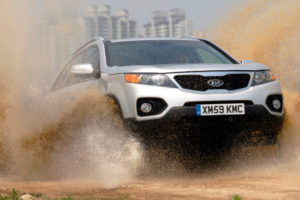 Clamber aboard and you will be impressed by the quality cabin, which will remind you more of Germany than Korea. The new Sorento is lower (15 mm-just over half an inch) and longer (95 mm- nearly four inches), and this helps to cut drag to a CD of 0.38 from 0.43. There’s more luggage space thanks to the increased length. The Sorento has the full alphabet soup of computerised safety measures. There is also Downhill Brake Control, which limits the speed to five mph during steep descents. There are two engine choices – a 2.2 litre diesel and a 2.4 litre petrol. You can opt for two-wheel drive. That might save you a bit of money, but imagine what it will do to residual values.

Gem
The diesels are seven-seaters. This 194 bhp four-cylinder diesel motor is also in the Sedona MPV and is simply tremendous – quiet, powerful, flexible and economic. The six-speed automatic gearbox is a gem. 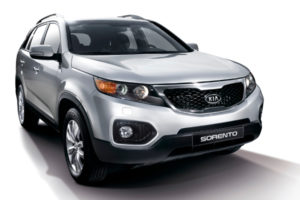 Prices start at £20,495 for the front-wheel-drive only Sorento 1, which sounds pretty reasonable. Unfortunately, the upward incline becomes a bit steep, topping out at just under £30,000. After you’ve deciphered the trim level choices you might still have the will to live. It starts with the “1”, through KX-2, and KX-3. “KX” means four-wheel drive. You might think calling it the KX-4 for four wheel drive might have made more sense. As soon as you get to KX-2 you get metallic finish and leather upholstery. Even the “1” has six-speakers, CD and MP3 capability and an iPod cable. Move up to the KX-2 for steering wheel mounted audio controls, while the KX-3 adds a six-CD autochanger and additional front speaker and better stuff. The KX-2 also adds cruise control, heated front seats, privacy glass and reversing sensors. With the KX-3 you get bigger wheels rain-sensing wipers, aluminium door plates, electric panoramic sunroof, electrically adjusted seat, smart key with stop/start button, xenon headlamps and LED rear lights, among other things. But with the absolutely essential and standard six-speed auto box, you’ve now spent close to £30,000. Kia is no cheap and cheerful choice at this end of the market anymore. But is it worth it?

Top class
To be fair, everything about this Sorento is top class. The driving and handling is all you would expect from a big, less than wieldy vehicle. I love driving these big SUVs because of the sheer, user-friendliness of the experience. Sure, you can’t overtake with a blast of acceleration on a tight country road, or push it to the limit of adhesion through the corners. But SUVs make long-distances a pleasure as you quietly, comfortably and securely soak up the miles. You can see ahead of the cars in front. If one of them hits you, it is likely you and your family won’t be wiped out.  The Sorento drives as well as a great big machine can be expected to handle. It smoothes out the bumps well. It is quiet and comfortable inside. 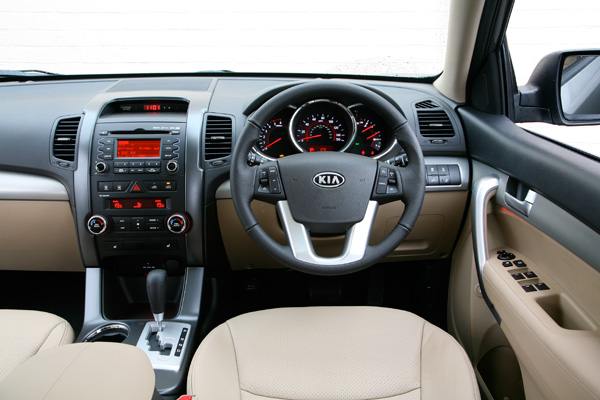 Higher fuel consumption is an obvious drawback in a big vehicle, but a price worth paying. The four-wheel drive auto version will get you close to an average 33.2 mpg, according to Kia, which sounds achievable. I recently had to choose a rental car for a long trip through California and Arizona. I could have had a convertible, a sports car, a big saloon or an SUV. The price of petrol was obviously not a consideration. I chose the SUV because it was likely to eat up the miles easily and without fuss. If it snows in the Rockies I won’t be stranded. If a drunk or drug-crazed idiot drives into us, we’ll stand a chance of surviving. If only buying an SUV in Europe didn’t carry the huge fuel and tax penalty. 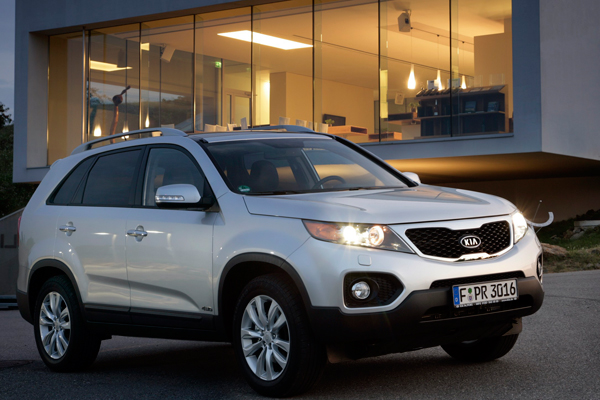 (Kia paid for a flight to Barcelona and a hotel) 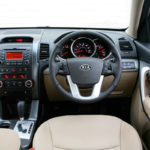 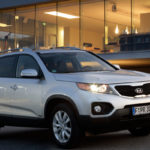 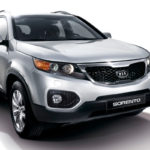 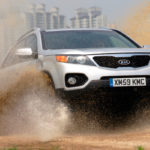 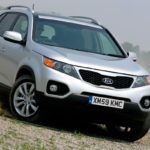