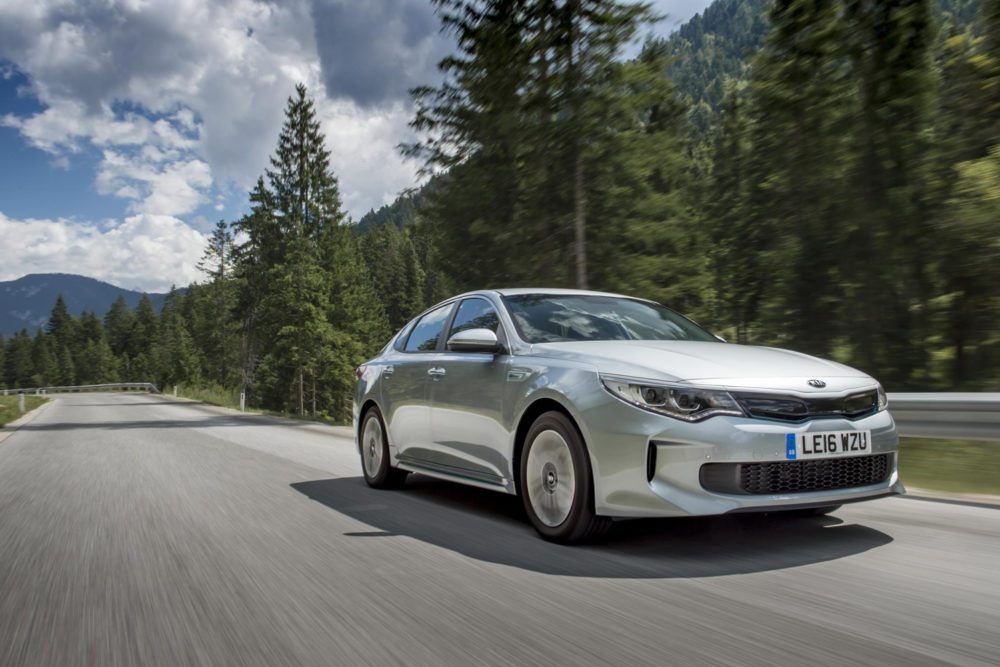 Just to make sure you understand the difference, the plug-in hybrid allows up to 33 miles of electric-only battery power, while the regular hybrid has a smaller battery allowing only perhaps a mile of pollution free driving. You can recharge the PHEV’s battery by plugging it in to your house, or a local charging point. You can’t do that with regular hybrids. Both systems thereafter mix and match an internal combustion engine with an electric motor to deliver either great power or fuel efficiency depending on circumstances. They also allow the battery to recharge on the move as the car free-wheels down hills. 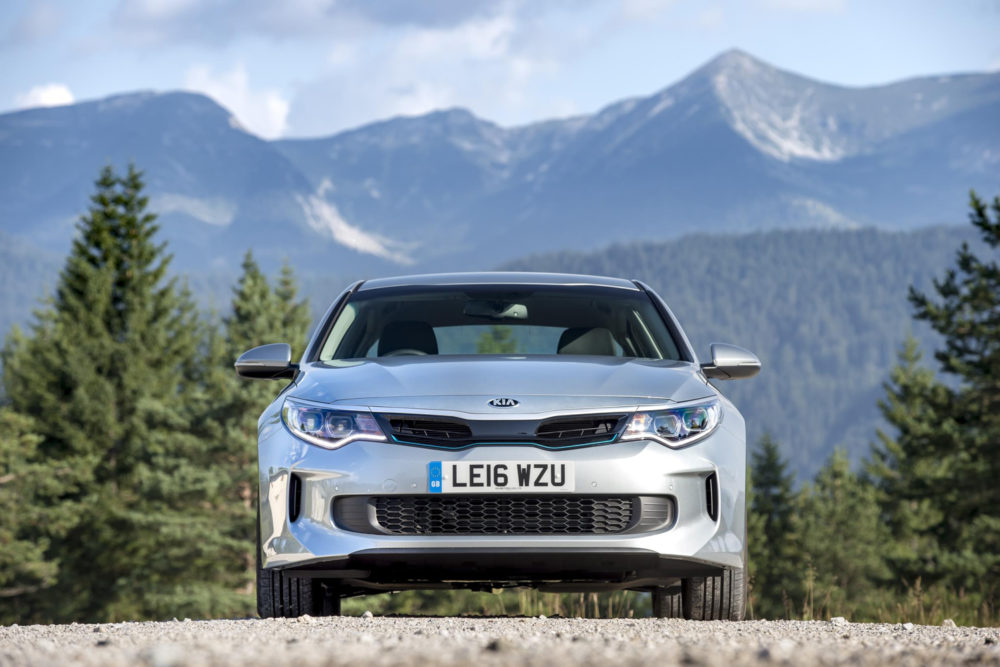 There’s no question that the PHEV system produces much improved fuel consumption, and you could argue that a 60 mile daily commute, with recharging at the office, would allow you to use no fuel at all. But Kia’s claim that it will average 176.6 mpg is clearly ridiculous and the result of E.U. regulations designing the presentation of data. I haven’t driven the PHEV away from launch conditions, but I’d be surprised if it got close to 40 mpg on a long trip away from the possibility of charging.

The new Optima is a handsome-looking car, well equipped and with a high quality interior. The basic statistics, which show the PHEV version has a total of 199 hp, suggest a really pacy vehicle, but the 0-60 mph time of 9.1 seconds belies that. It feels very adequate on the road though, with usable acceleration via the six-speed automatic gearbox when you need it, and the ability to cruise quietly at motorway speeds. 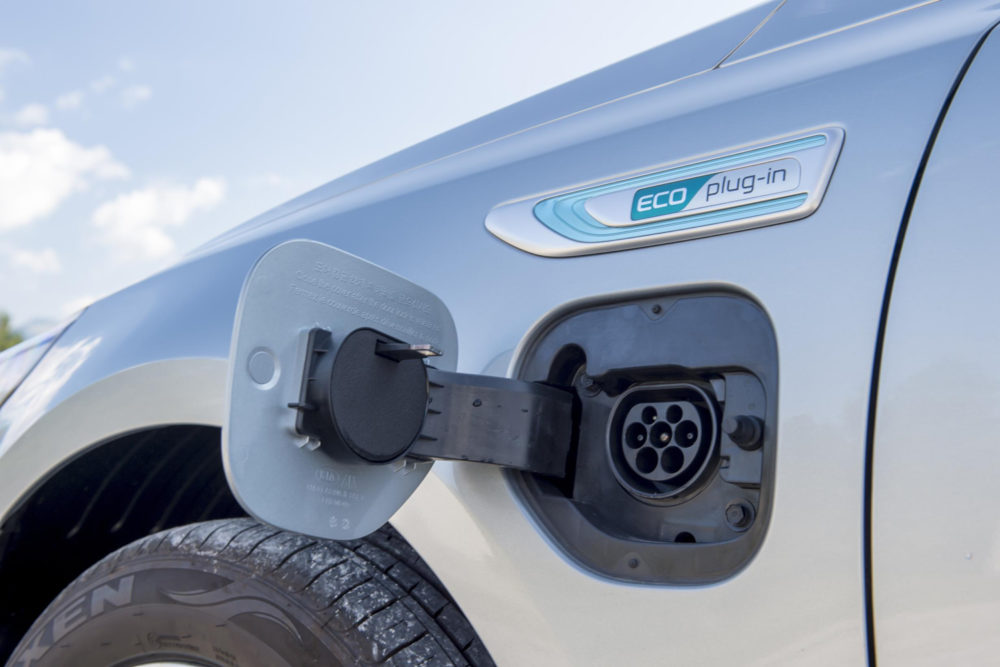 Kia has also updated the Optima range and added an estate car; the Sportswagon. The estate offers a minimum luggage space of 552 litres with up to 1,686 litres with the rear seats folded. The luxury element is enhanced by features like one-touch folding rear seats and a powered tailgate. All versions have a 1.7-litre 137 hp diesel engine, claiming up to 64.2 mpg fuel economy. Prices start at £22,295. The PHEV costs £31,495, after a £2,500 government grant.

Designed in Europe, for Europe
The Sportswagon was designed in Europe and will be sold only in Europe. It’s made in Korea. It is identical in length and width with the saloon, but the Sportswagon is 5mm taller because of the roof rails. There are three trim lines for the Sportswagon ­– 2, 3 and GT-Line S – echoing those available for the Optima saloon. A sporty high-performance GT version will make that four variants early in 2017. 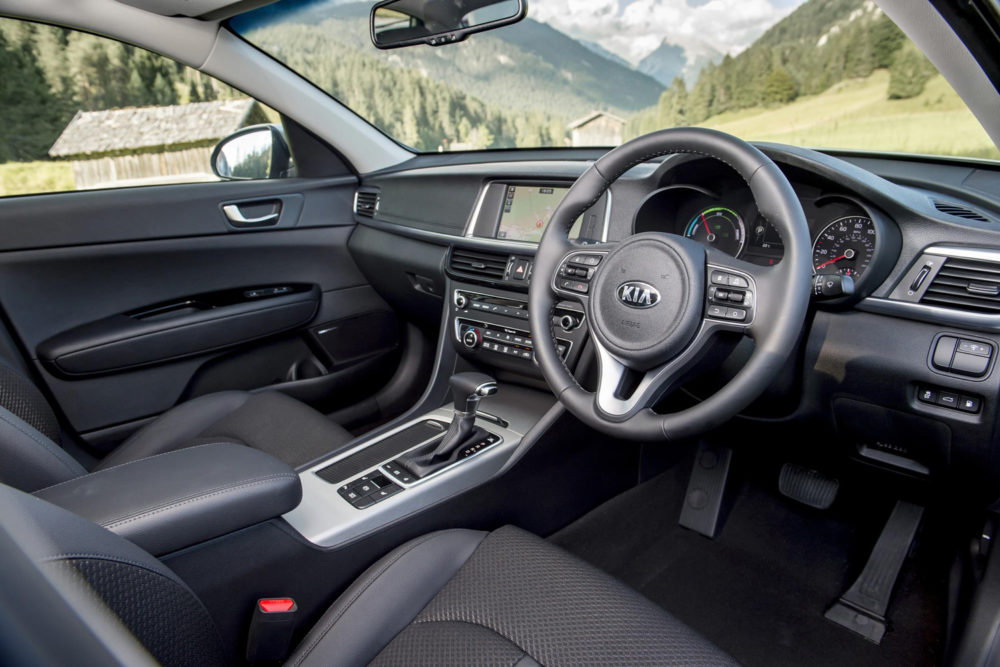 “Some estate cars provide lots of space but are boxy and square. Others have sharper, more rakish lines, but sacrifice practicality as a result. The Optima Sportswagon is the best of all worlds – a sleek, beautifully proportioned car in its own right, but one with a vast amount of practicality and versatility for the business drivers who will be its primary customers,“ boasts Kia.

A seven-speed automatic gearbox is available on grade 3 and is standard on the GT-Line S.

The Optima PHEV combines a 152 hp 2.0-litre direct injection petrol engine with a 65 hp electric motor powered by a 9.8kWh lithium-ion battery. The integration of the batteries behind the rear seat and in the spare wheel well save space.

All Optimas come with a comprehensive range of standard connectivity and advanced driver assistance features, including an 8.0-inch touch-screen navigation system with European mapping, Android Auto and Apple CarPlay, a decent sound system and the usual safety aids. The PHEV navigation screen has a series of menus to help the driver to achieve the highest possible range in EV mode.

Alternative
The Optima was always very pretty, but hasn’t sold in big numbers. It provides an interesting alternative to mainstream choices for a big saloon. The PHEV is a very impressive piece of kit, and gives another reason to move away from traditional choices from the likes of VW, Ford and Vauxhall. 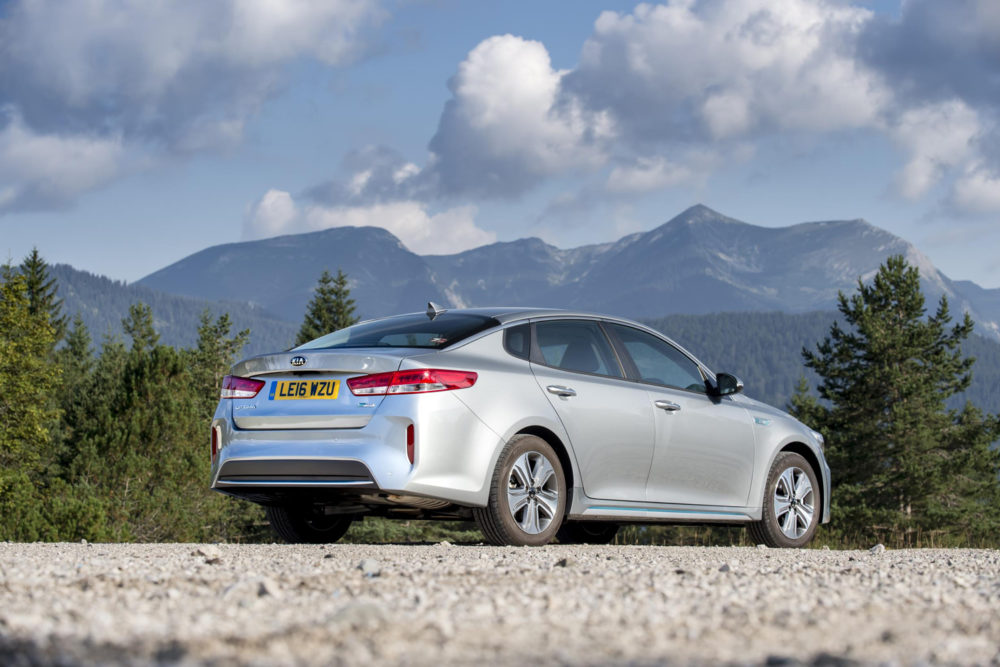