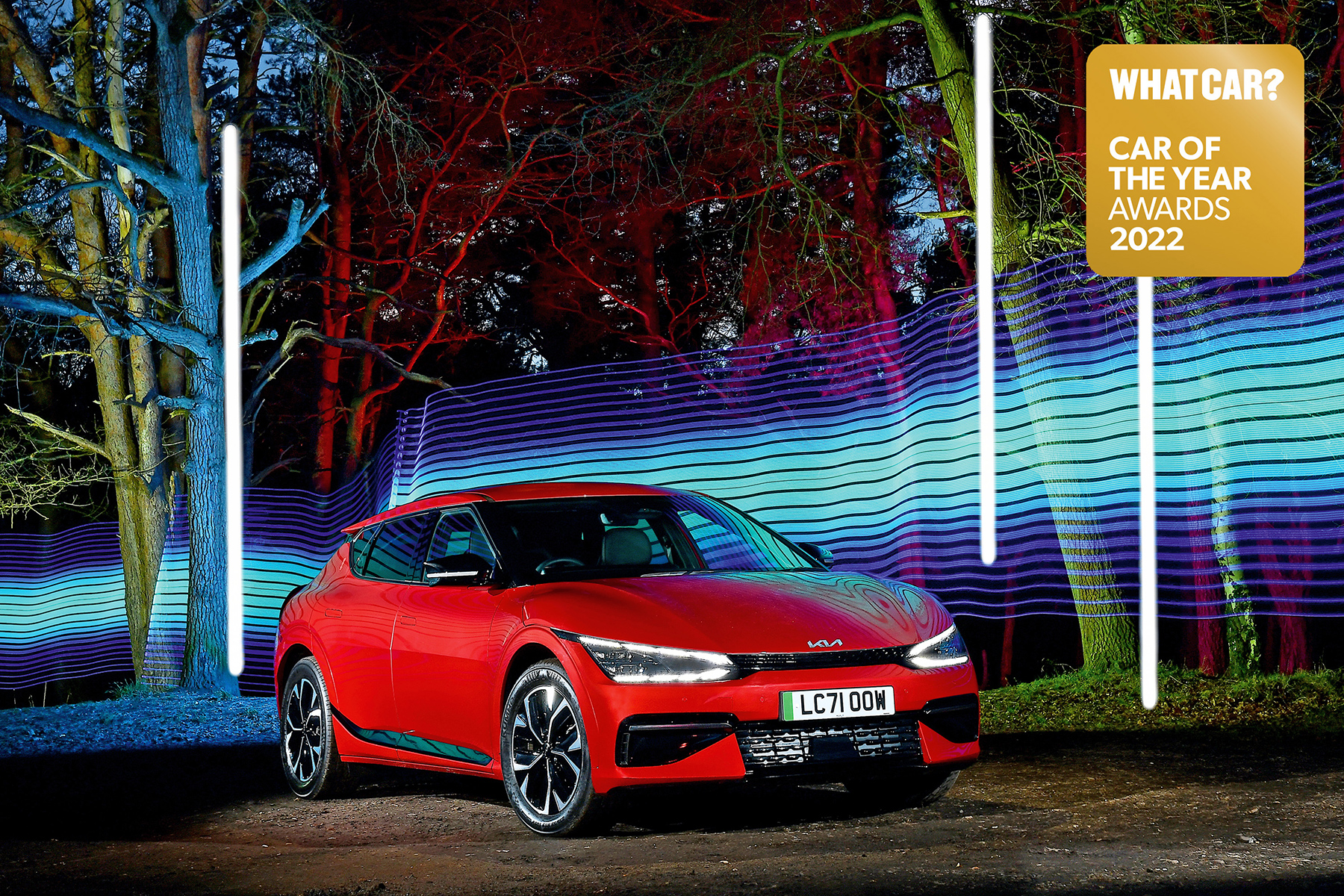 “Strangely, for an electric car designed from the ground up to be battery-powered, the EV6 range performance lags behind the earlier Kia Soul EV”

The handsome, eye-catching EV6 is Kia’s first electric car to be designed from the start to be battery-powered.

The EV6 has hit the ground running, at least as far as public relations are concerned because it recently won the European Car Of The Year (COTY) award, and that’s no surprise with its awesome qualities. The looks are obvious and the on-the-road performance impressive. Inside, quality is the watchword. 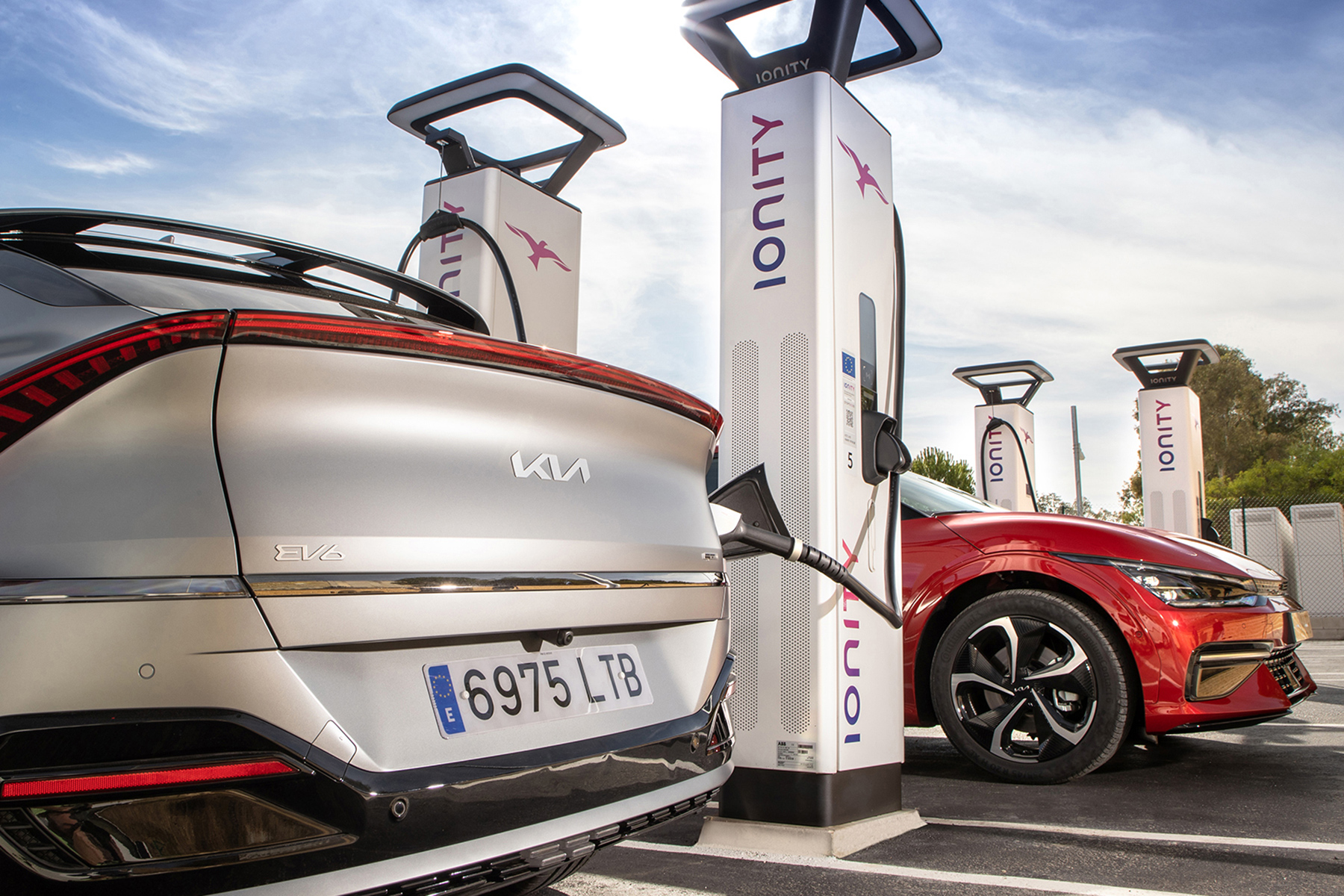 Kia is proud of its powerful public charging capability.

That wasn’t tested, I’m afraid, for the sake of my dodgy blood pressure. I’ve tried to use public charging facilities, but as far as I can see they are mainly unreliable, with opaque systems and apps with impossible demands, so for the sake of my mental health I now stay away if possible. Wake me up when you can drive into an electric charging station and pay with your regular credit card, not one of maybe 15 operators each with their own deposit demands and apps, and complete the deal in 10 minutes. 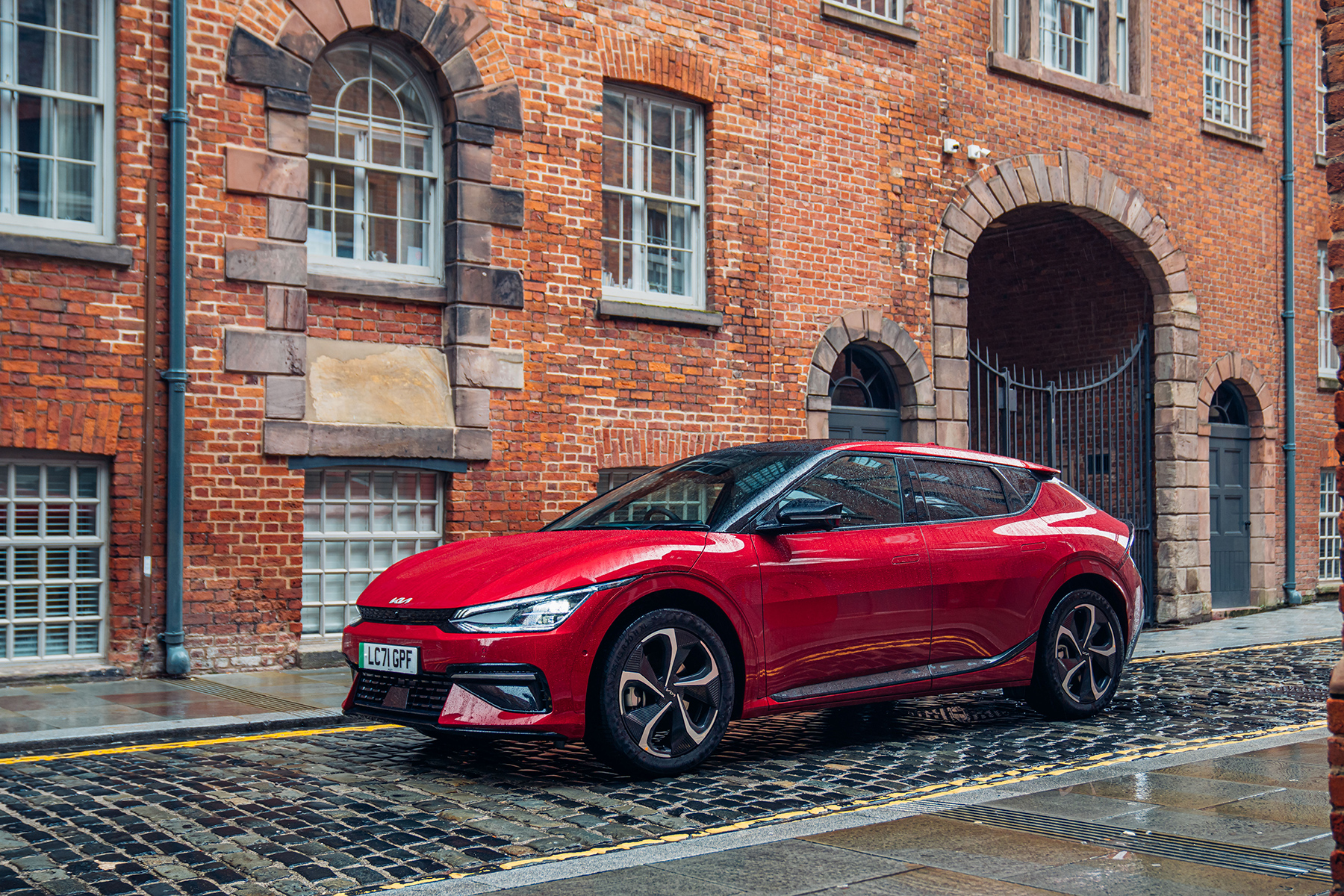 Soul still rules the range
Strangely, for an electric car designed from the ground up to be battery-powered, the EV6 range performance lags behind the earlier Kia Soul EV. The Soul claims 280 miles as the range of its 44.5 kWh battery and charges to an average 266.5 miles in the real world, according to my home-charger data. The 77.4 kWh EV6 has a superior claim of 300 miles range, but I only managed an average 229.3 miles from the battery when I plugged it in. The EV6 also suffers from the usual range limitations from high-speed cruising, which I calculate at 31.3% for a motorway range of 157 miles. That lags the Soul’s impressive 205 miles.

Incidentally, a report in the Daily Telegraph which announced the EV6’s COTY win, simply quoted the Kia’s city range claim of 391 miles, which I seem to recall was unexplained and was written by an author who was on the COTY jury. The vote seems to have been cast, and high praise delivered, probably without any evidence of what happens when you actually plug the car in.

This claim of 391 miles is possible in theory because driving in town can drive up the range, thanks to regenerative braking. I can confirm that the EV6 does indeed have an outstanding regenerative system.

“Operated by paddle shifters behind the steering wheel, drivers can use the technology to quickly and easily slow the car, recuperating kinetic energy to maximise driving range and efficiency. Drivers can choose from six regenerative braking levels (none, 1 to 3, ‘i-PEDAL’, or auto mode), depending on the desired level of energy recuperation,” Kia said. 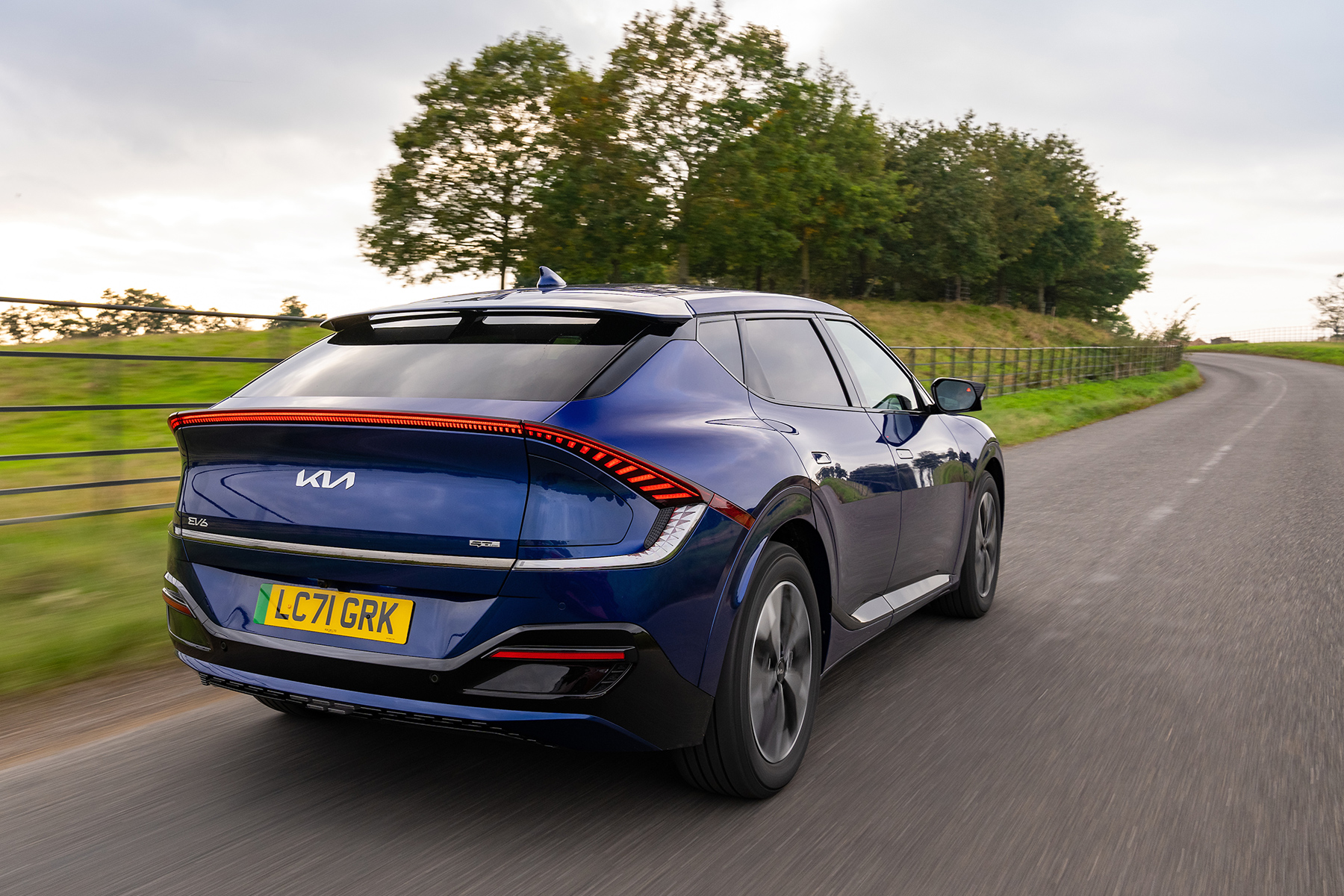 London horror traffic
A 117-mile trip which included maybe 1/2 of high-speed driving, 1/4 rolling hills, and the rest the singular awfulness of London stop/start horror traffic, cost 122 miles from range availability. A 39-mile trip over mostly country roads only removed 35 miles from availability. If you stay away from the high-speed stuff, what you’re offered will be more or less what you get, with little bonuses every now and then.

The EV6 is a blast on the road, with super accurate steering, and it felt solidly planted as you tackle high-speed corners. Like most electric cars, the accelerator response is instant and ongoing. Inside, the dash is impressive, with the head-up display a wonderful option. The system projects some basic information like the speed limit, your speed and simple SatNav instructions at eye level as though it’s at the end of the bonnet. My car had a nifty safety aid. When you indicate right, a little window opens up on the dash to give you a wing-mirror view without having to turn your head. Same when indicating left. Maybe a shade OTT when you consider the alarm systems which already warn of cars approaching from behind. I found the SatNav a little clunky to use. There’s plenty of room in the back and the boot was impressive, not surprising because this is a big car. 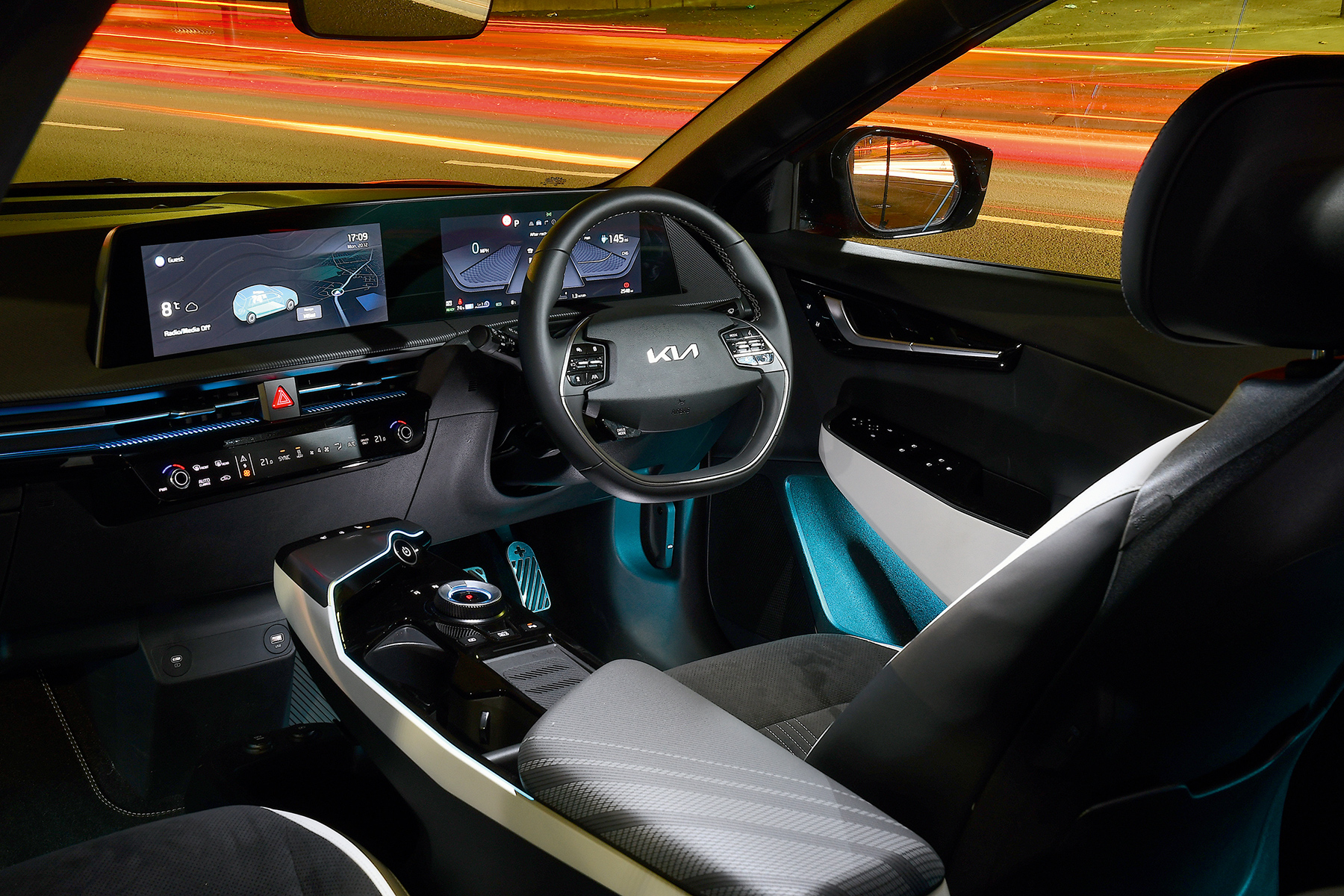 What to buy?
The price, at £51,945 before government subsidies, might seem a bit steep, but this top- of-the-range model was loaded with extras. A similar German vehicle might cost about £20,000 more. And Kia is no longer some upstart company using price to gain attention. It has now transformed itself into a top-class brand, which can compete on quality with the best of the Germans. And it still has the 7-year, 100,000-mile guaranty. All the competitors in this bracket can make big claims to convince buyers to part with their hard-earned. But the Tesla is still the range winner by miles, if it’s range that turns you on. 239 high-speed motorway miles, since you ask. I’m not convinced that electric cars deserve this kind of money being spent on them given their obvious long-range deficiencies, and the Tesla is the only one that survives, just, this examination. I’m still convinced a plug-in hybrid is the only way to go for a convincing all-rounder and the best buy surely is the Suzuki Across, with its 50 miles of battery-only capability. 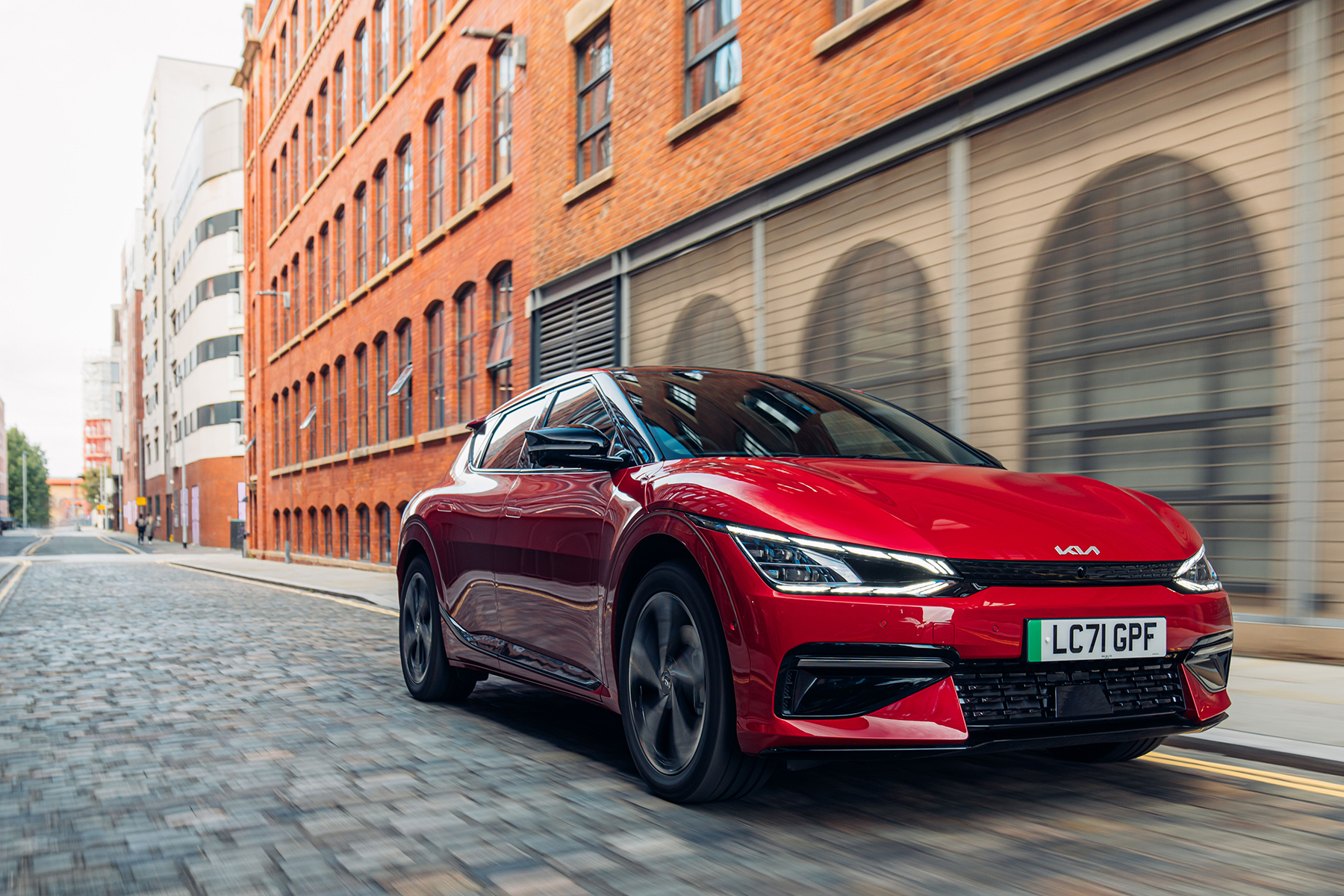