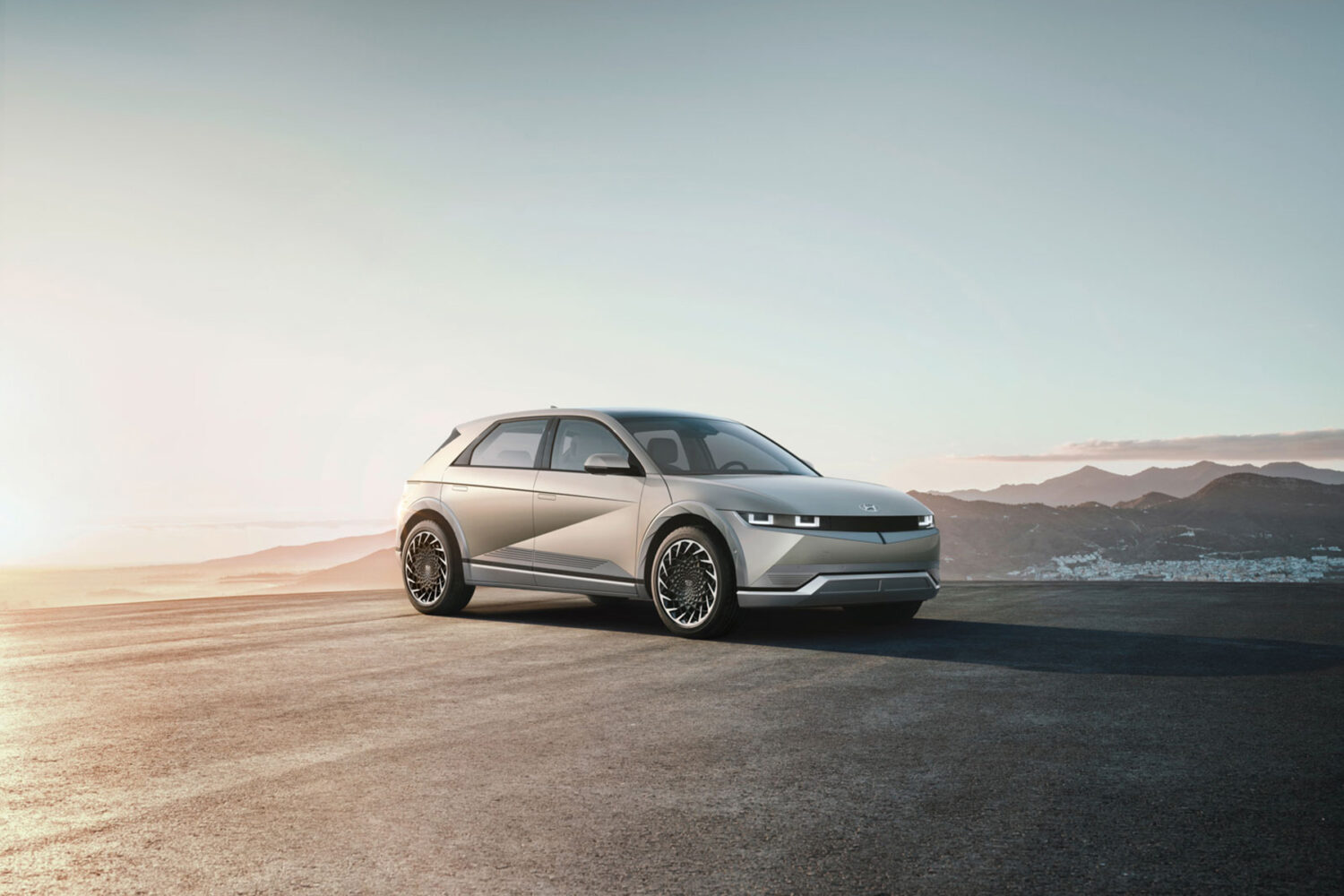 The Ioniq 5 looks as though it has escaped via a time warp from the future and has been showered with awards for excellence around the world. But although it is very impressive, it doesn’t represent a step-change forward compared with the opposition. 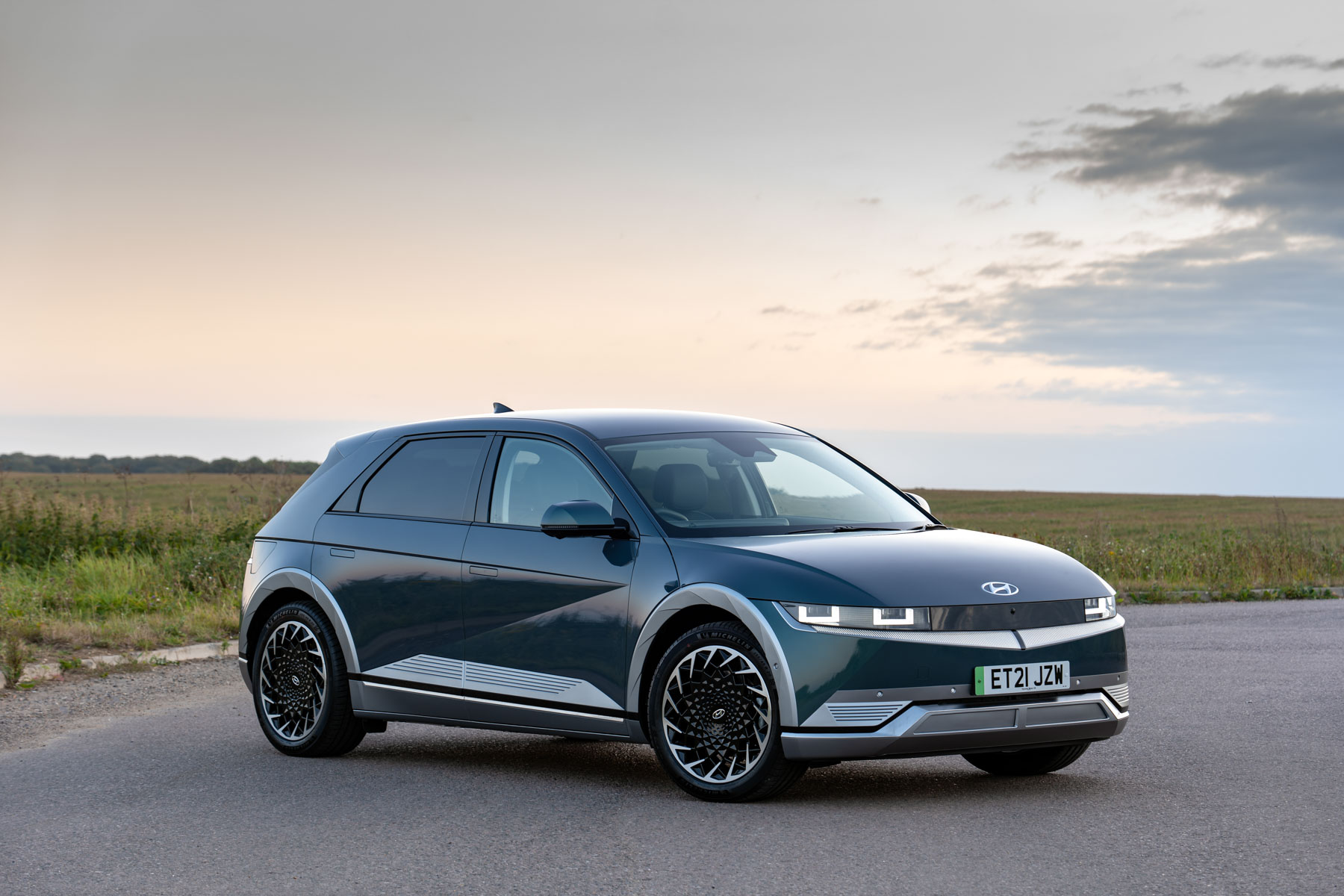 The car has all the impressive qualities of the best electric cars, with pin-you-back-in-the-seat acceleration at whatever legal speed you press the accelerator and quiet, serene transportation for everyday driving. The Ioniq 5 is Hyundai’s first vehicle designed from the ground up to be electric, and that was reflected in the huge amount of space inside. There was much room in the footwell between the driver and front passenger, which in an ICE machine would have been taken up by important bits of the powertrain. The lack of many moving parts allows for designers to create much room and comfort for the passengers and space in the rear of this 5-seater was huge too.

But the new technology hasn’t so far made much impact on battery capability. Claimed official range for this 73-kWh battery powered rear-wheel drive version is 281 miles and after 7 refills at my house it averaged 203 miles per charge. So, no change from the standard there. Highway high speed cruise was no surprise either with the range availability speeding away from you at a 33.3% rate from the total promised at the start. 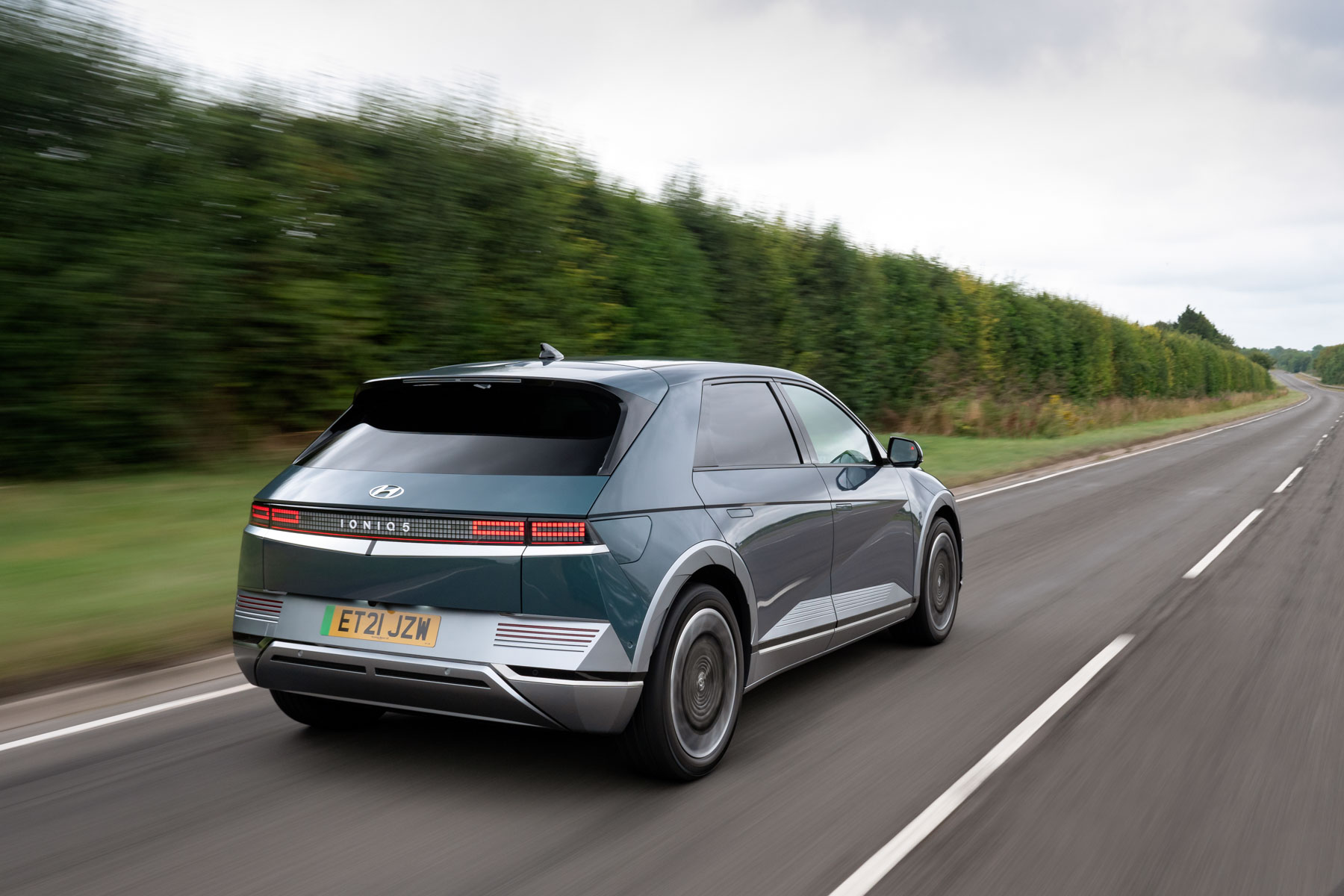 Regenerative braking was impressive but sporadic, which is puzzling. Over my standard rolling hills 40-mile test run, the range consumed turned out to be 37; very impressive. And there was a satisfying bite from the motor as you lift off from the accelerator. Another route of half highway high-speed cruising and flat country roads was actually 59 miles, the same number as was actually removed from range availability; excellent.

Inconsistent regenerative braking
Other test routes though provided contradictory evidence. My route which drives along the South Downs gradually climbing to Devil’s Dyke behind Brighton is 17 miles there, and the uphill strain ratchets up the range consumed. This time it was 26. Many electric cars reverse this on the way back, but not Ioniq 5, which notched up 25 miles range used over the 17 miles downhill return. A second attempt to prove this was an aberration failed because the range indicator, which showed 188 miles after arrival at the Dyke, suddenly dived to 176 before restart, before jumping back to 190 and showed 181 miles at the finish which would mean a net cost of only 7 miles. Another short, 15-mile range attempt started with 180 miles left, suddenly jumped to 200, then ended at 193 making no sense at all. The only explanation I can offer is the severe cold weather at the time, which does play havoc with battery performance. 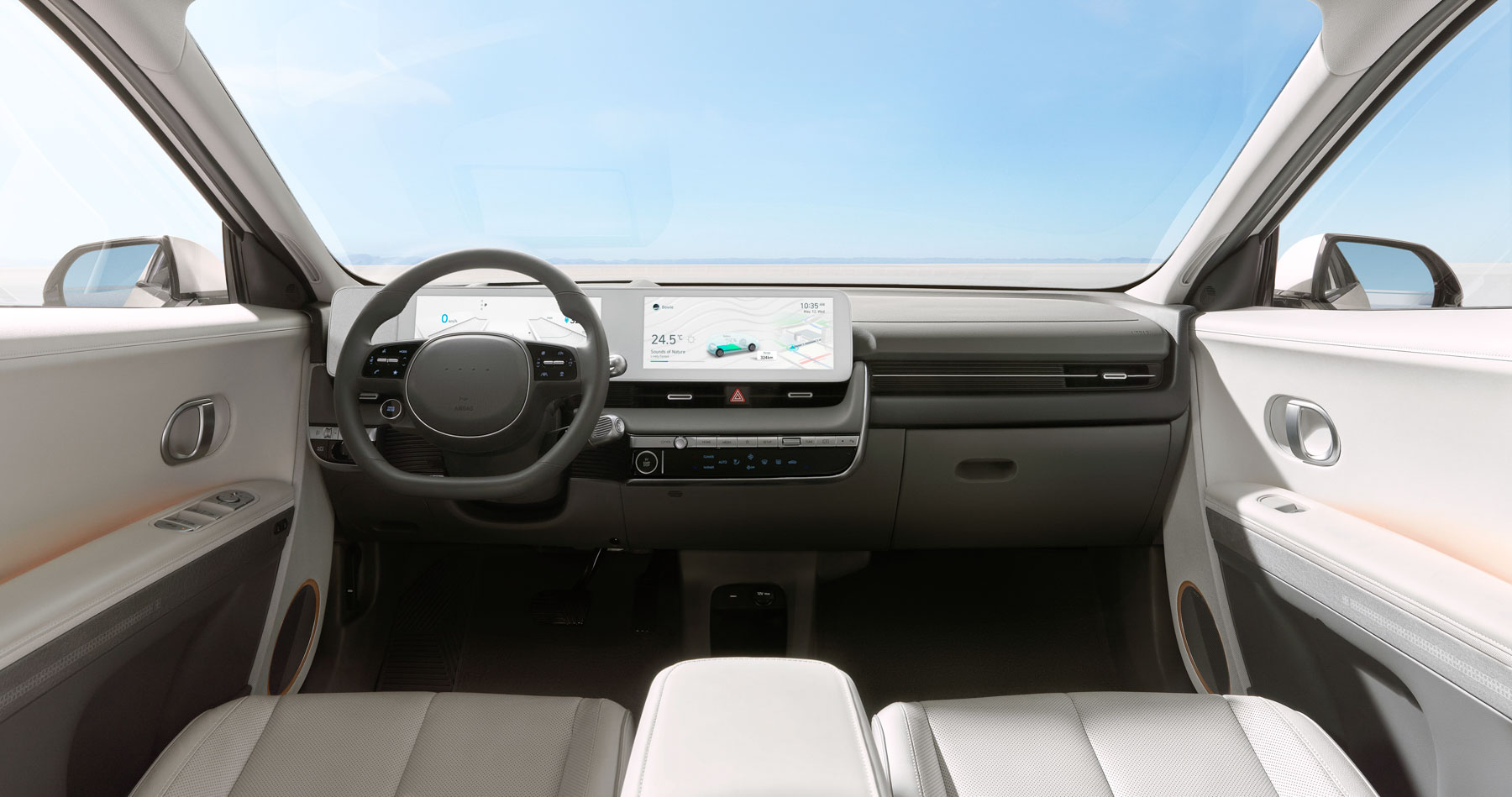 The interior was solid but plain, with materials not quite up to what I expected from a car costing around £40,000. The hatchback trunk had a nifty ability to open at the touch of a button but shocked me one day by actually opening as I approached. I’m not sure that ability is included in the handbook.

The Ioniq 5 handled brilliantly, feeling very solid on the highway and flat through high-speed bends. But the computerised safety devices went over the top with obtrusive interventions to jerk the steering back to the line it demanded you take through bends. If you managed to steer the car with perfect equidistance through a curve, the computer would relent. I half expected a cheer of approval from the system when I managed that.

“Using front view camera, radar sensors and navigation data, HDA 2 works to control the vehicle speed and following distance, while keeping the vehicle centred in its lane. It can also assist the driver when changing a lane,” says Hyundai. 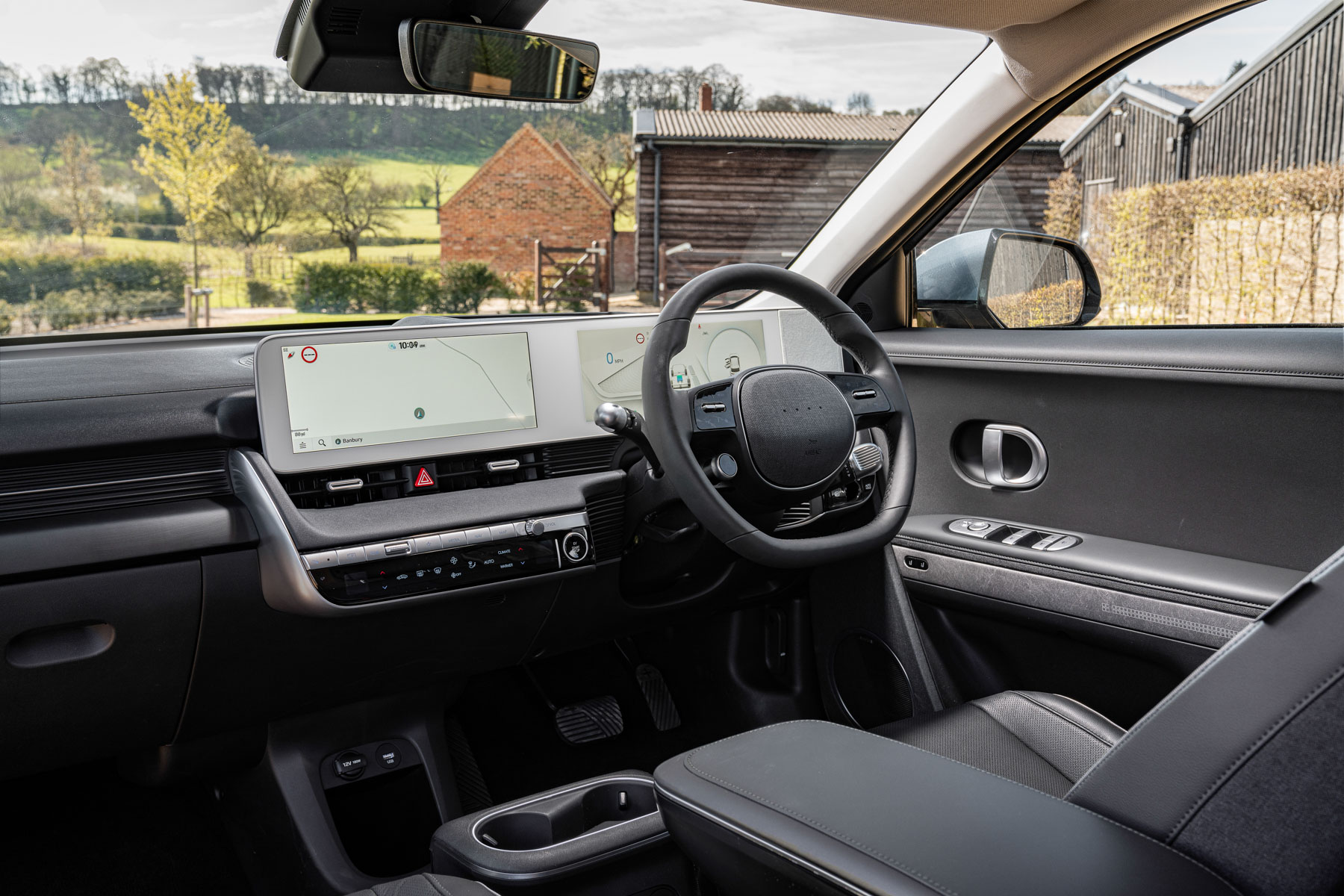 Steering wheel tugging
So that explains the annoying tugging.

I didn’t like the positioning of the gear-selector, a little twist mechanism to the right of the steering column. You often couldn’t actually see what the choices were, but given they were only D for drive and R for reverse, that would soon cease to be a concern.

The company says it delivers ultra-fast charging thanks to 400V and 800V multi-charging technology. Customers can choose either a 58-kWh battery or this 73 kWh. With a 350-kW charger, Ioniq 5 can charge from 10% to 80% in 18 minutes, and reach 63 miles of range with less than five minutes of charging.

Hyundai says this Ioniq 5 is its first car to use its new Electric Global Modular Platform (E-GMP) which will be a foundation for the company’s next-level EVs. Customers can select a 58 kWh or 72.6 kWh battery with two electric motor layouts, either with a rear motor only or with both front and rear motors. At the top of the line-up is an all-wheel drive option paired with the 73-kWh battery. This can reach 60 mph from rest in 5 seconds. 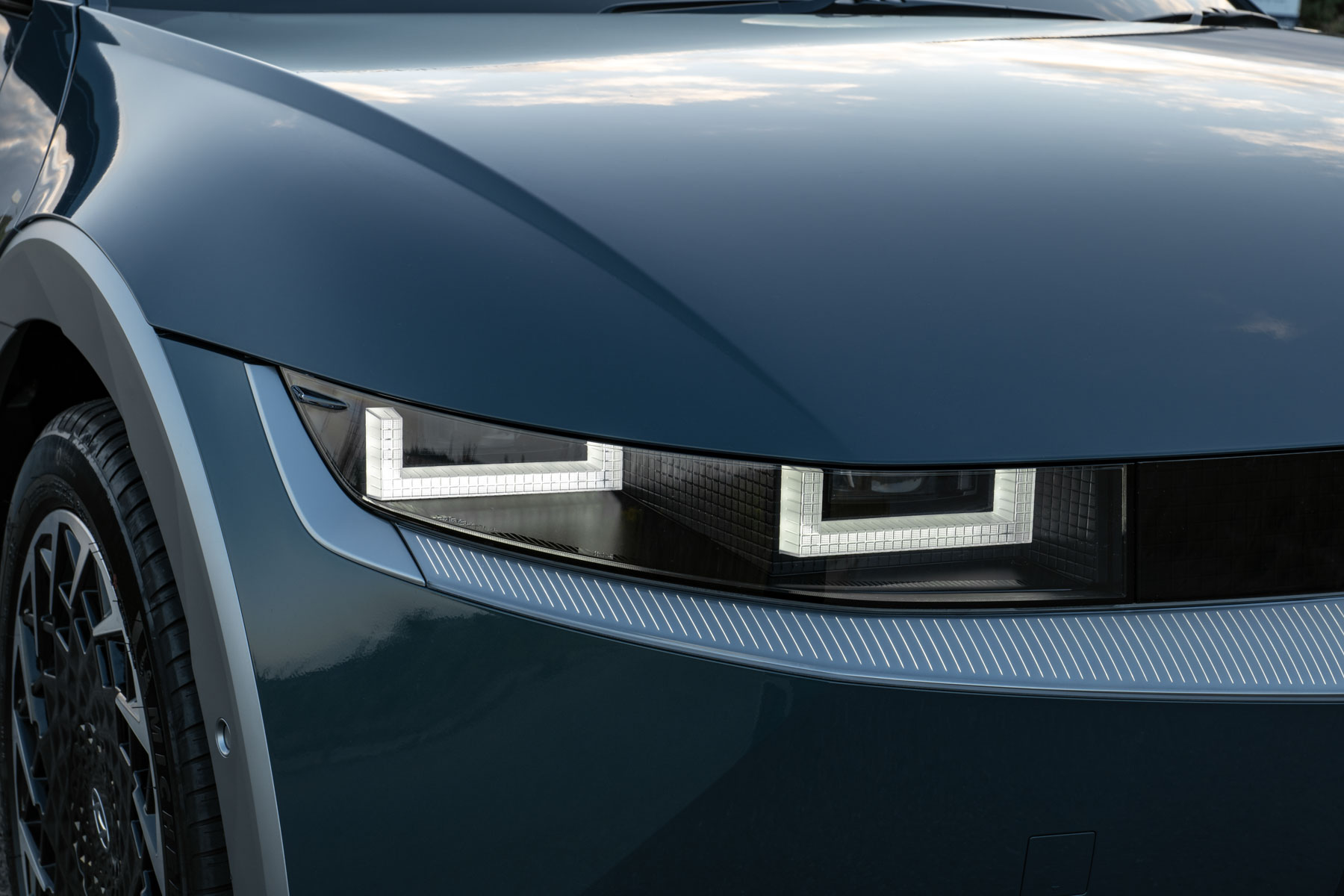 What to buy?
The first question prospective electric car buyers need to ask themselves is exactly why fork out your hard-earned on one. They must analyse car use. If it’s mainly urban commuting, shopping and school runs, then electric will do nicely. But if the analysis reveals an overall undemanding agenda, and given electric cars cost about twice as much as an equivalent ICE, maybe you should think again, and perhaps wait for the new generation of cheap (under £10,000) little electric runabouts we are promised are just over the horizon. And if long-distances loom on your agenda, a plug-in hybrid is preferable over an all-electric vehicle if you want to take two days to drive to the south of France and not 2 weeks. So, if you decide to go all electric, the Ioniq 5 would be a great choice. It’s a fine performer within the limitations of the genre and well placed compared with the formidable opposition. 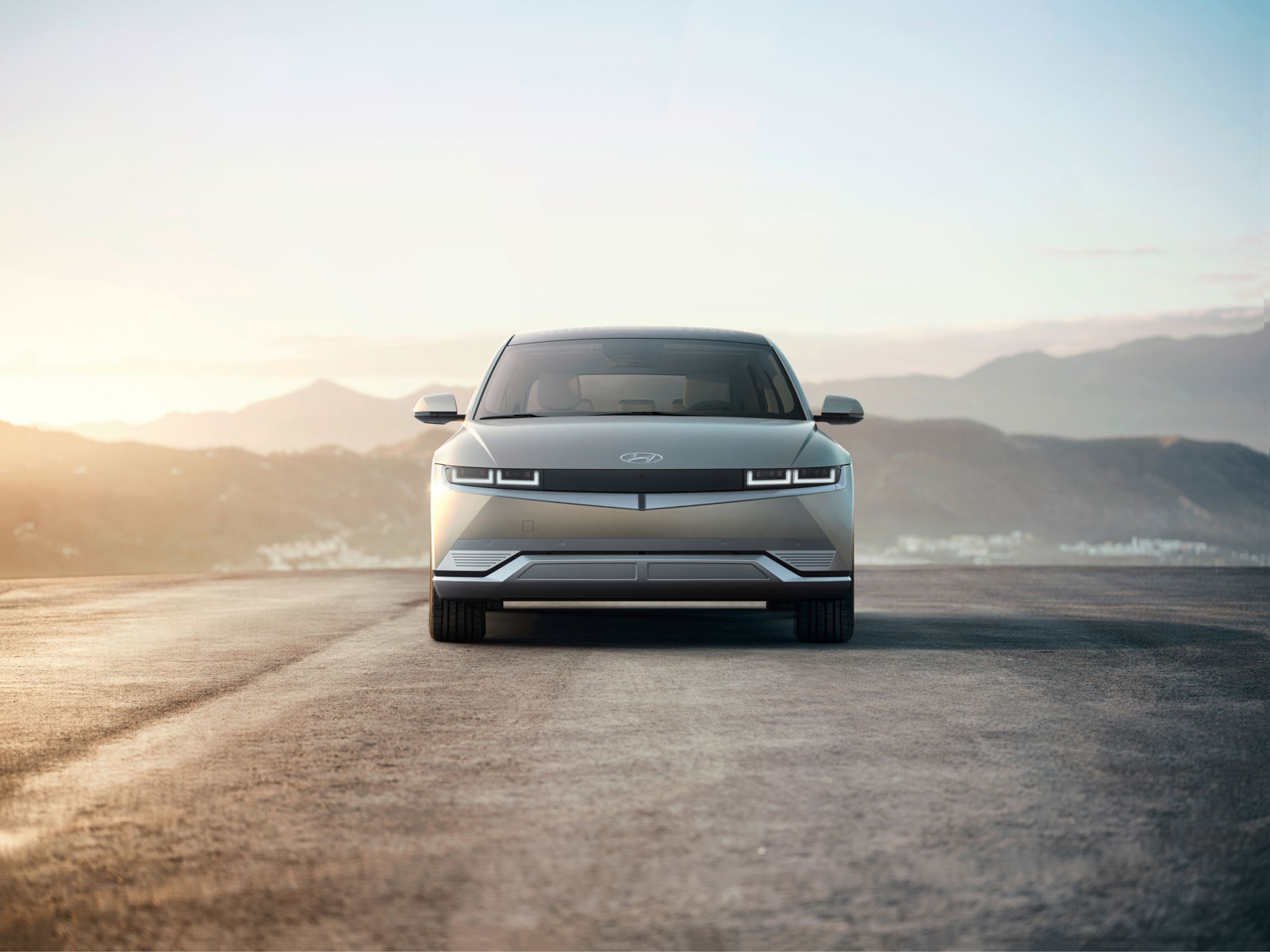