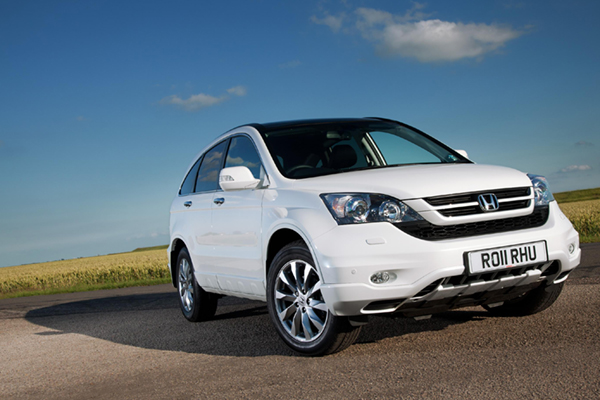 “Magic” Seats, Ease Of Loading Give Honda An Edge
rating **** out of 5

For – practical load-lugger, drives well, good ride
Against – not handsomest, or cheapest

LOCH LOMOND, Scotland – The new Honda CR-V looks much better than the old one, but that’s not saying much. The previous iteration of the CR-V moved the design on from the squared off, inoffensive but dull and practical look to a fuzzy body which looked as though it had been the subject of much compromise.

But given that this fourth-generation CR-V is a Honda, it doesn’t really matter that much. Buyers return because of the company’s time-honoured qualities of value, reliability and practicality.

For the first time in Europe, the new CR-V will be offered with a choice of both two and four-wheel drive. The new version is slightly lower and shorter than the previous one. Headline additions to the specification include LED daytime running lights, power tailgate, and one action, 60/40 easy fold down rear seats.

And that brings us to the real point of the CR-V. It is a serious load lugger, and Honda has invested much time and money making this vehicle outstanding at moving your stuff. The interior, despite the smaller, over-all dimensions, is more spacious than the previous model. Ease of loading has been improved with a lower sill and flatter sides. And there is a nifty lever at both sides in the back, which if you approach with handfuls of stuff which you thought would get into the boot area but  won’t, you can apply minimum pressure (with your elbow or nose) and the rear seats will snap down. This makes sure you don’t have to put things down, re-approach the loading area and push the rear seats down. Whatever turns you on. 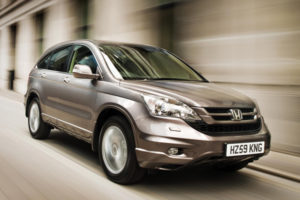 If you want a CR-V or its SUV equivalent, you won’t much care about performance and handling. Adequate will do just fine. But this CR-V has a couple of very good engines. Driving on the highways and mountain roads around Loch Lomond, the CR-V handled neatly and the ride was very impressive. The roads around Loch Lomond provide hills, humps and sharp turns, with some humps with sharp turns, and the body control and steering accuracy of the CR-V was terrific.

Hill descent
There are two engine choices, 2.0 litre, 153 hp petrol, or a 2.2 litre 148 hp diesel. You can have six-speed manual or five-speed automatic. Also debuting on the CR-V is Hill Descent Control. Available on automatic models, it operates between five and 12 mph and helps the CR-V descend difficult terrain safely and consistently. High tech additions include Collision Mitigation, Lane Keeping and  Adaptive Cruise Control.If the system calculates that a collision is likely it provides an audible and visual warning to the driver. Should the driver take no action to prevent the collision, the system provides three sharp tugs to the driver’s seat belt and some autonomous braking is applied. Finally, if a collision is unavoidable, it tightens the front seat occupants’ seatbelts and applies a high level of braking force. This braking force can be supplemented by the driver. This works at speeds above nine mph, detecting stationary and moving vehicles along a path up to around 100 yards ahead. 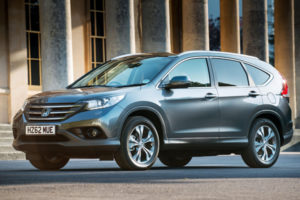 Prices start at £21,393 for the 2.0 litre petrol version with two–wheel drive. My favoured version would be the CR-V 2.2 i-DTEC S Automatic at £27,745. Some versions cost over £30,000, which looks a tough sell to me, given the fearsome competition in this sector from the likes of my favourite the Kia Sportage, which leads on price, the seven year guarantee and its fabulous looks. Other impressive competitors include the Audi Q3, the ugly but impressive BMW X3, Volvo XC-60 and Volkswagen Tiguan.

Honda says it has introduced a new system of grade levels in its specification of the CR-V, which now comprises the S, SE, SR and EX.

Range change
“This is in response to feedback from our dealers, customers and RV (residual value) experts who highlighted that our current grade levels are out of line with other manufacturers and so difficult for customers to understand. We listened to this feedback, took it onboard and adjusted our grades accordingly. We are planning on rolling this out across the range over the next couple of years,” Honda said. 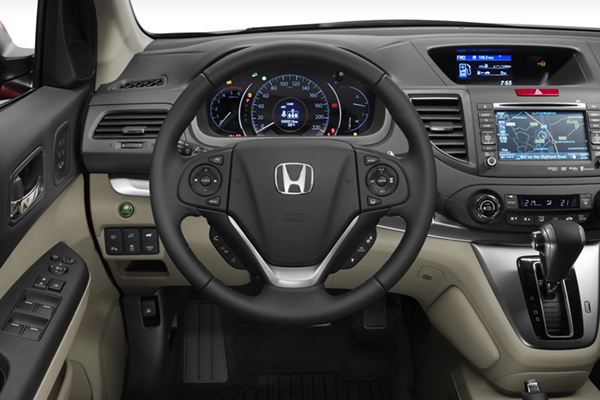 All buyers of course will get the Tardis-like interior. With the rear seats in place the boot capacity is a spacious 589 litres and this extends to 1,669 litres when the seats are down.

Duster
You can’t go wrong by choosing the Honda CR-V because it is unlikely to ever let you down, and will do exactly what it says on the tin. But the competition out there is amazing and the price range huge. If you seriously want value for money, try the new Dacia Duster. This car is all about value, and will probably save you at least £5,000 compared with current SUV rivals. I hope to drive the Duster soon, and report on what it’s like. 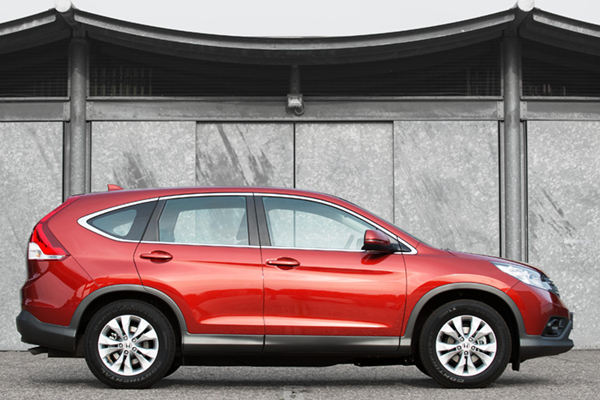