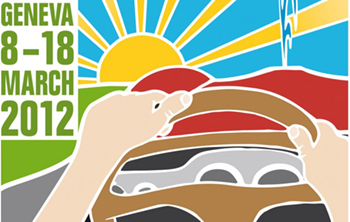 A3 Debut In Geneva Has Wide Implications For VW

British politicians talk about the “squeezed middle” to the confusion of many, but it’s very clear what it means at this year’s Geneva Car Show; traditional mass car manufacturers are being attacked from above by premium cars getting smaller, more affordable and fuel efficient, and from below by the new entrants undercutting on price, but with increasing quality and style.

Attacking from above at Geneva will be the new Audi A3, Mercedes A class and Volvo V40, while from below, Korean manufacturer Kia’s improved C’eed offers improved interior quality said to be positively German and aimed to take sales from the class leading VW Golf. The new Hyundai i30 wagon will also be unveiled.

Fighting back on behalf of the beleaguered Europeans in the middle will be the Peugeot 208 small car, the Opel-Vauxhall Mokka compact SUV version of the Buick Encore, the Fiat 500L (for Long), and the Ford B Max.

The Geneva Show might be a last hurrah for horsepower and luxury, with reveals for the new Porsche Boxster, Aston Martin V12 Zagato, Maserati GT Sport, BMW 6 Gran Coupe, Bentley SUV, and a Ferrari too.

Slipping out of the headlines this time around will be electric cars. The advent of electric cars has coincided with the sudden economic downturn, proving to be a tough environment to sell over-priced and underperforming cars to buyers strapped for cash and demanding value for money. Maybe their day will come eventually.

Most significant
The Audi A3 is arguably the most significant new car on show. The third generation new A3 is the first of about 40 vehicles to use Volkswagen’s new modular platform, called the MQB, which will also include the new VW Golf later this year. The MQB platform promises huge cost savings for VW and its brands.

The Mercedes A-class uses its new modular front drive engineering introduced with the B-class last year, and both models have jettisoned the double-floor platform which proved too costly. Volvo’s V40 replaces the S40 and V50 estate.

The Peugeot 208, fighting in the small car sector, the toughest sector of all to make money in, will boast distinct styling on the surface, and new engineering underneath said to shed much weight and improve fuel consumption significantly, with micro-hybrid stop-start on four out of five models.

Opel-Vauxhall will be hoping that the Mokka compact SUV will identify a new sector and drive spectacular sales against the competition which now really only includes the Suzuki SX4 and its sibling the Fiat Sedici. The Fiat 500L expands the range to four models and replaces the Idea and Multipla. The Ford B Max, another MPV, has a pillar-less design with rear sliding doors. Ford has removed the middle pillar, but replaced it by strengthening the door to combat side impacts.

According to IHS Automotive analyst Tim Urquhart new models at Geneva show more emphasis being placed on the premium compact segment and new architecture to support these models, as consumers become more brand and image conscious.

“Buyers are increasingly looking to downsize and hunt for savings in terms of running costs and depreciation, while enjoying the status and quality of premium brands,” Urquhart said.

Markets will also be tougher in 2012.

“There is little doubt that the global industry is about to embark on a tougher market environment in 2012, with ongoing concerns over the Eurozone, while the early signs are that the Chinese market may face something of a correction in 2012,” he said.

Premium manufacturers have benefitted from success in emerging markets.

“This trend looks set to increase the difficulties of the mid-market European brands such as Fiat, Peugeot-Citroen, Renault and Vauxhall-Opel, however, which are increasingly seeing their share eroded by both the premiums and the likes of Skoda, Kia, Hyundai,” Urquhart said.

Otherwise known as the squeezed middle.