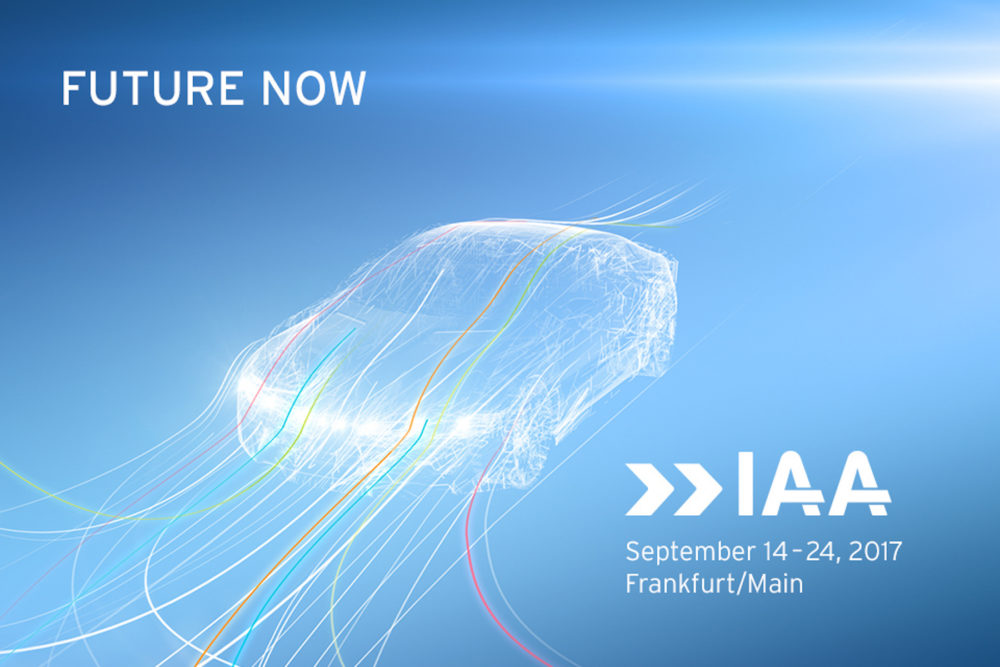 Just As Well Because It Shames European Industry.

The star of the Frankfurt Auto Show 2017, the Tesla Model 3, isn’t actually there, and won’t be on sale in Europe until 2019, but the fact that it will soon be appearing on U.S. roads shames the European industry.

This won’t be the case if you subscribe to the idea that the industry here is very capable of making a Model 3 equivalent, but is putting off the day because that will signal the end to the fat profits made by the German premium car makers.

The Frankfurt Auto Show 2017 is being acclaimed as the event which sparked the electric car revolution, just like the Paris Show last year. Again, the talk of the show was electrification, but if you want to buy an electric car, you will have to wait some years yet before the choice becomes compelling. Until then – 2021-2022 – government subsidies will be the key to electric car sales. So the show is a tribute to European sloth, or canny bottom line engineering?

The biennial show and Europe’s biggest is in danger of seeming an irrelevance. That would seem to be the verdict of Tesla, Fiat and its Jeep, Maserati and Alfa Romeo subsidiaries, Infiniti, Mitsubishi and its owner Nissan, Peugeot and its DS subsidiary, and Volvo, who  stayed away.

The show overflowed with new SUVs. Like Americans, Europeans are in love with the things. The new or updated SUV parade was led by the Citroen Aircross small SUV, the BMW X3, the Opel-Vauxhall Grandland, the Jaguar E-Pace and the Porsche Cayenne. Volkswagen showed its new version of the big selling little Polo and small SUV, the T-Roc. Mercedes launched its first pickup, the X class.

Newcomers which present a threat to the industry included the Chinese companies Chery Automobile and Great Wall, naturally with SUVs. Chinese manufacturers have a long history of displaying at big shows in Europe, but not taking the next step. Maybe this will be different.

As usual there is a long list of concept cars. This usually means cars which manufacturers have no intention of making this side of eternity but are trying to show how adventurous and cool they are. One “concept” which caught my eye is the Smart Vision EQ, a very cute 2-seater which is aimed at the autonomous, car-sharing market, and which will drive itself to the user’s location. Now you get my “concept” definition?

And new electric vehicles ready for the market?

Professor Ferdinand Dudenhoeffer from the Center for Automotive Research at the University of Duisberg-Essen in Germany is not impressed.

“The most important car of 2017, the Tesla Model 3, will not be present at the show,” Dudenhoeffer said.

Here are some outline details of some interesting cars at the show.

The Ferrari Portofino replaces the California as the entry level car. You can opt for a hard top or convertible. The 3.9 litre V-8 gasoline engine produces 592 hp and blasts the car from zero to 60 mph in 3.5 seconds. 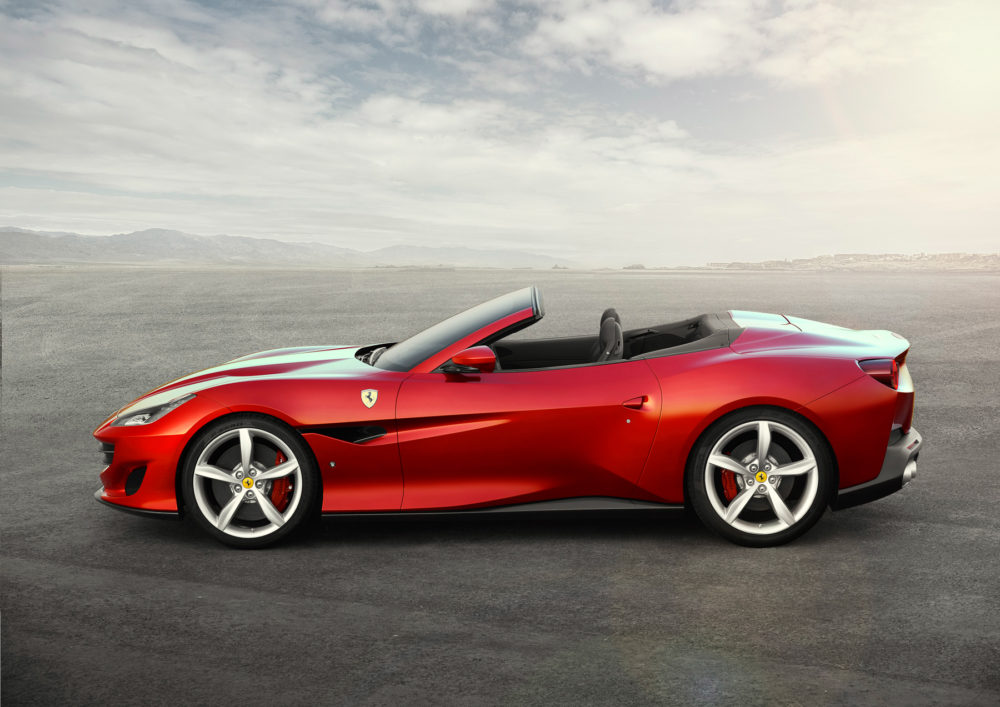 The Bentley Continental has a 6.0 litre W12 gasoline engine producing 626 hp. Like the Bentayga SUV it has a bold grille and sculpted styling. 60 mph from rest comes up in 3.6 seconds. Top speed 207 mph. Bentley, owned by VW, uses engineering from the Porsche Panamera for the new Continental. 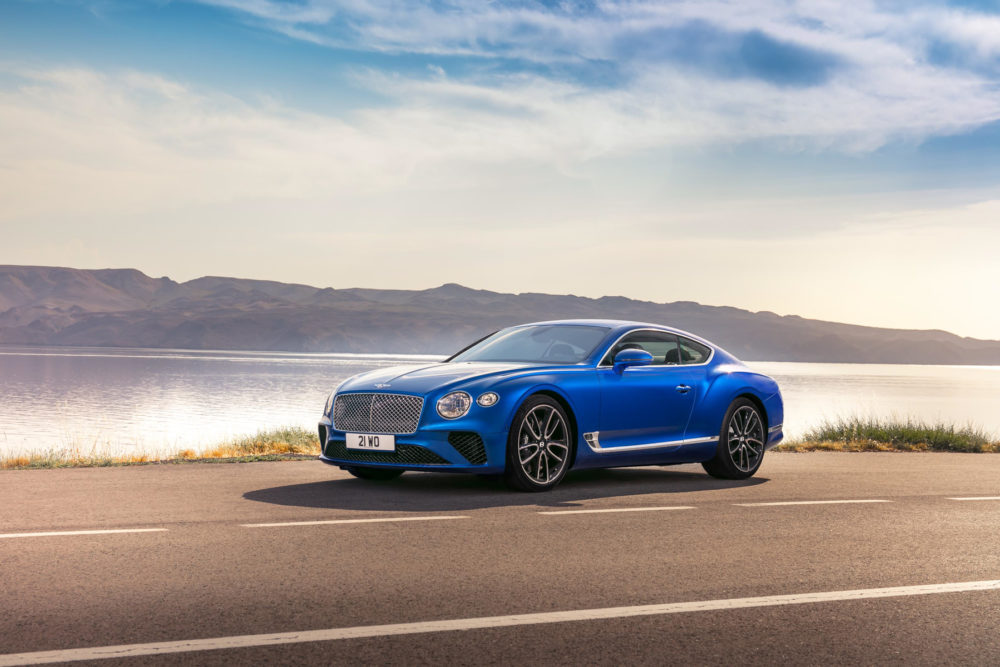 The VW T-Roc small SUV sits below the Tiguan. Engine choices include three turbo charged gasoline motors of either 1.0, 1.5 or 2.0 litres. There are 1.6 and 2.0 litre diesels. 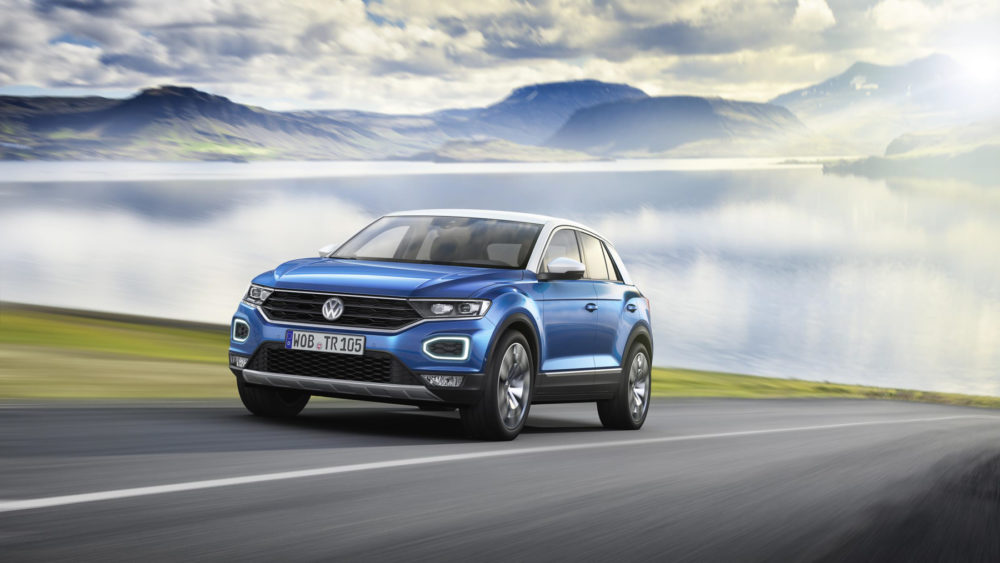 The Volkswagen Polo only comes as a 5-door hatchback. It has 1.0 litre three-cylinder engines of various power outputs, a 1.5 litre and 2.0 litre gasoline engines. There are various 1.6 litre diesels. IHS Markit expects annual sales to peak at almost 530,000 in 2020 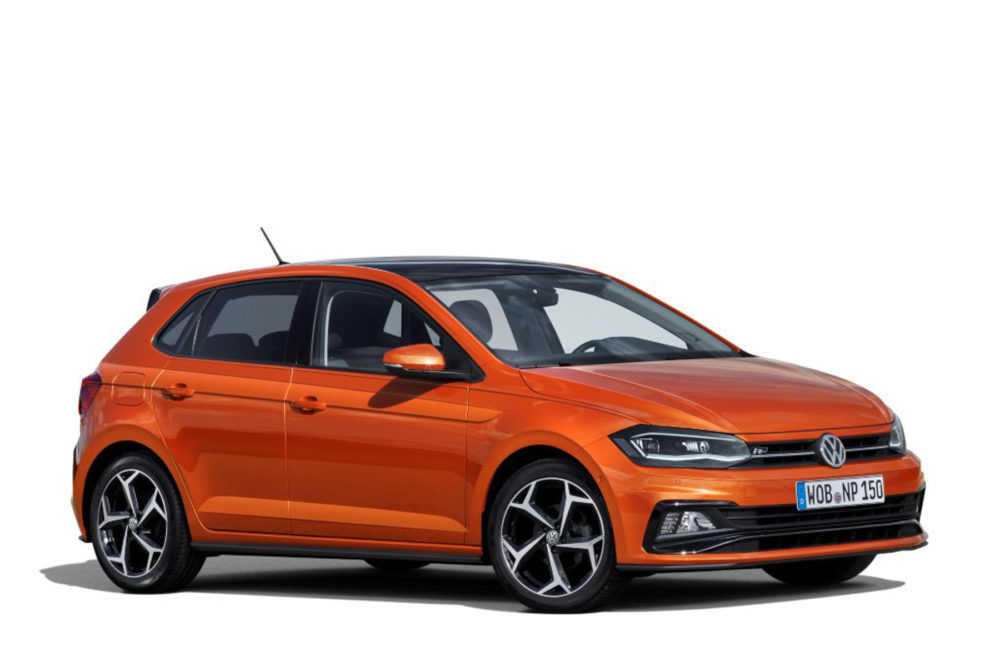 The Porsche Cayenne has an all-aluminium body structure and a 48-volt electrical system. There various V-6 and V-8 gasoline engines and a plug-in hybrid. So far no diesel option has been announced. This is a tricky subject currently in Germany 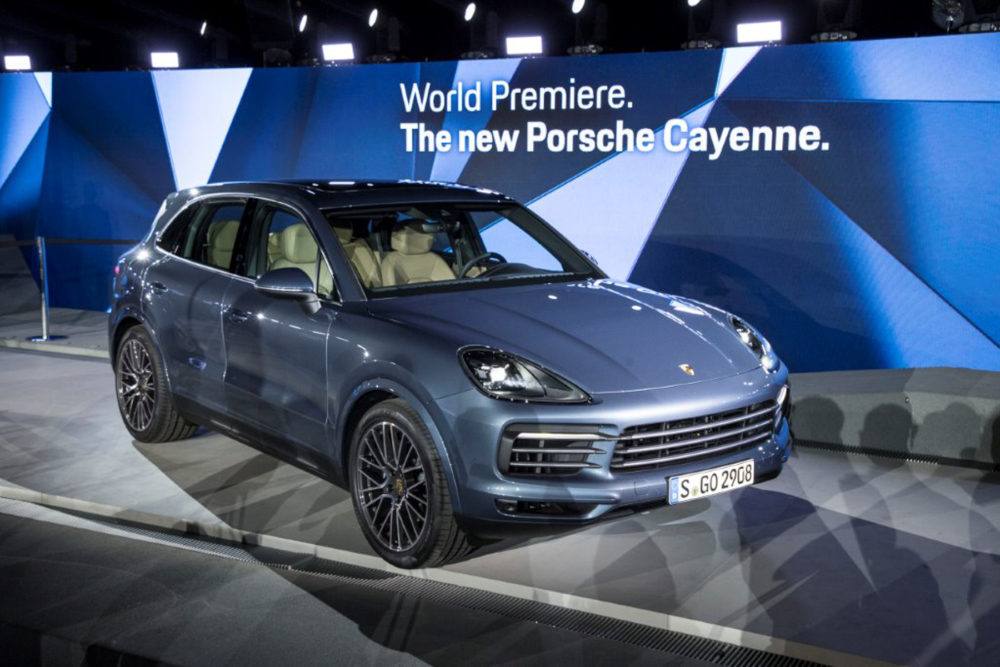 The Jaguar E-Pace is a compact SUV sitting below the F-Pace. The U.S. version won’t have a diesel option 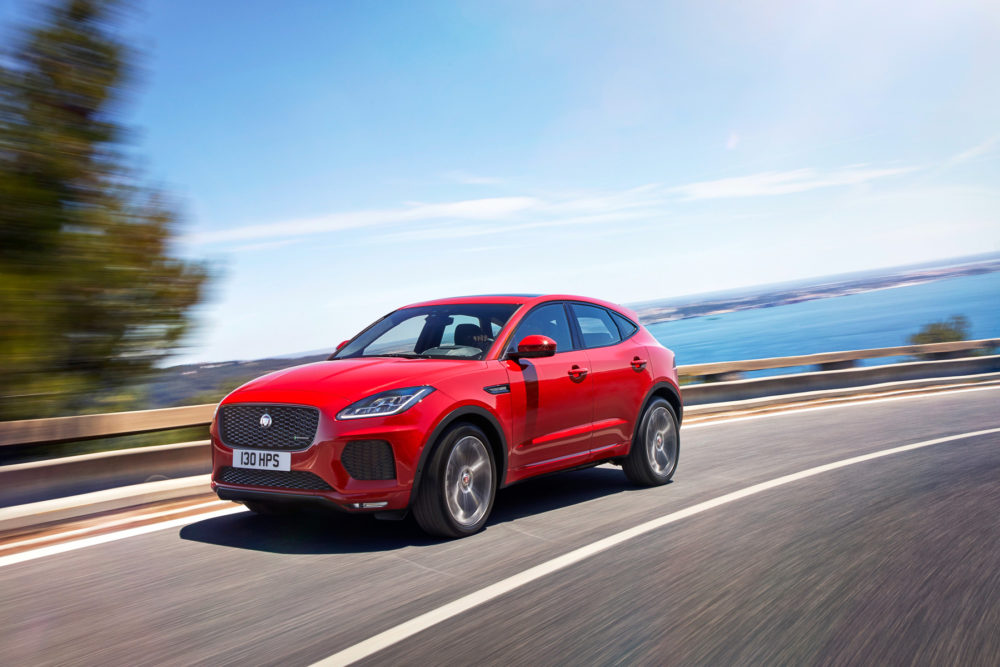 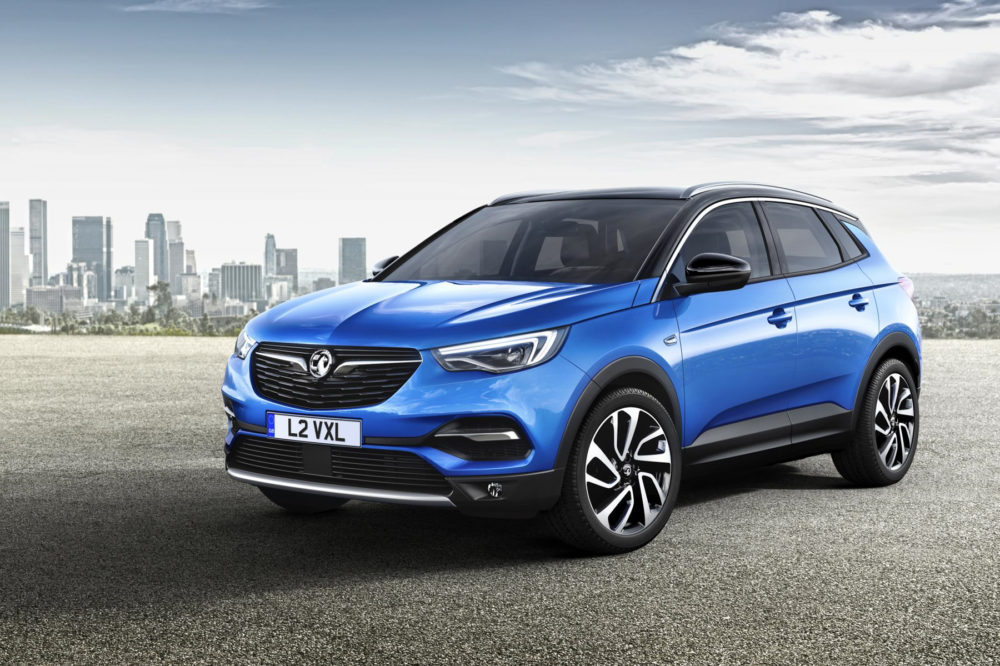 The Mini Electric Concept is set to go into production in 2019. No details of its range or power have been announced. 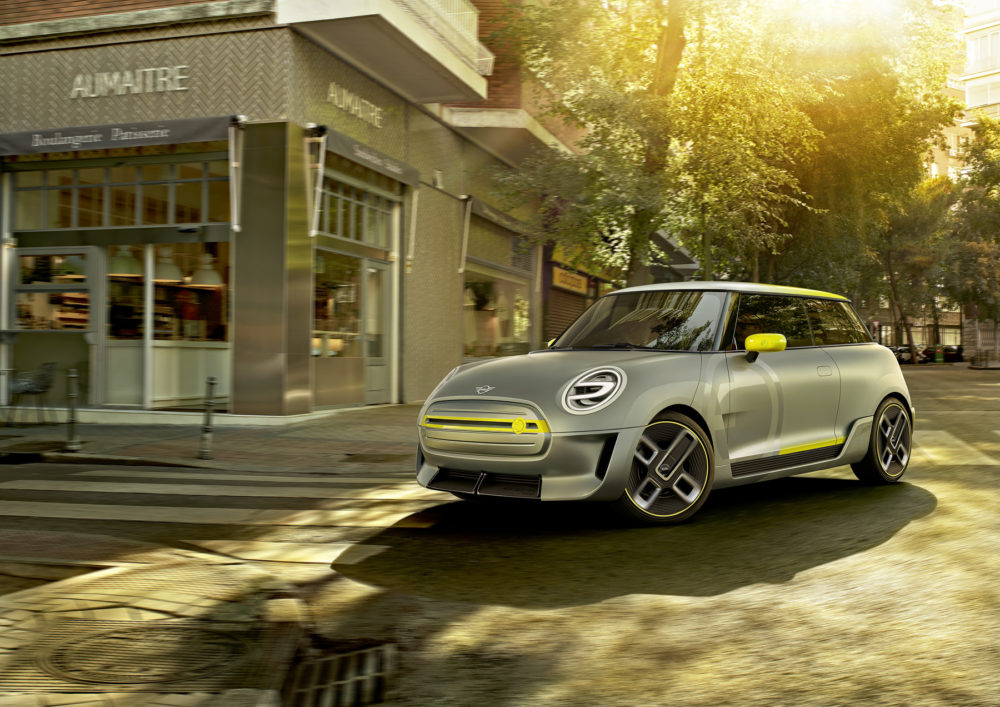 Sales of the BMW i3 electric car have been slow. This sporty i3S version (left) should add a bit of excitement.

The BMW X3 SUV was unveiled in June and is said to be lighter, more powerful and frugal. There is a M hotted up version. 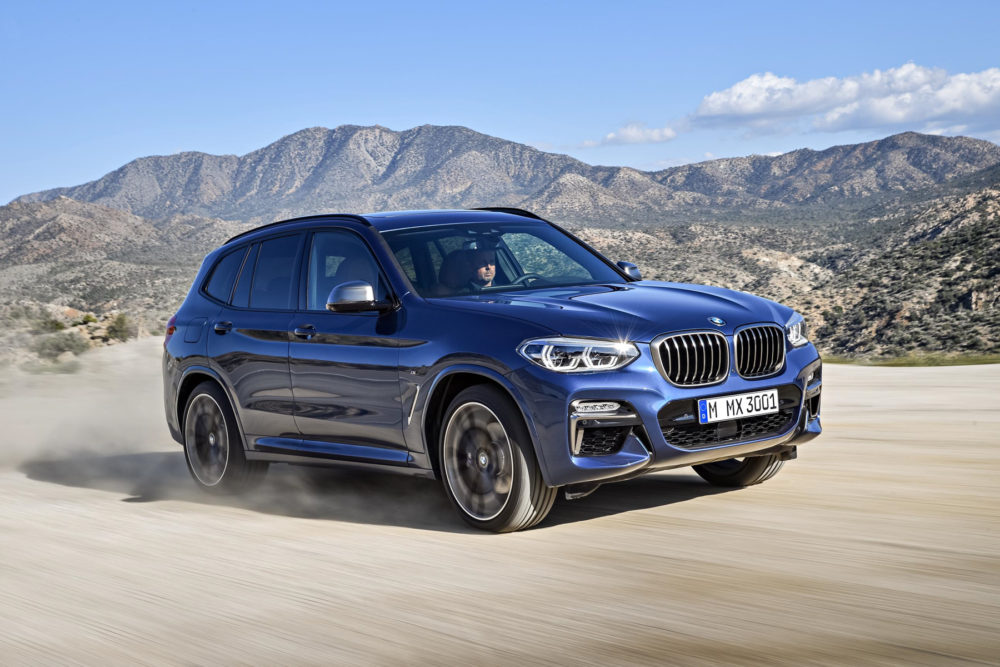 I don’t usually bother with concepts for the above reasons, but the Honda Urban Concept, an electric car planned for 2019, is exceptionally cute. No? 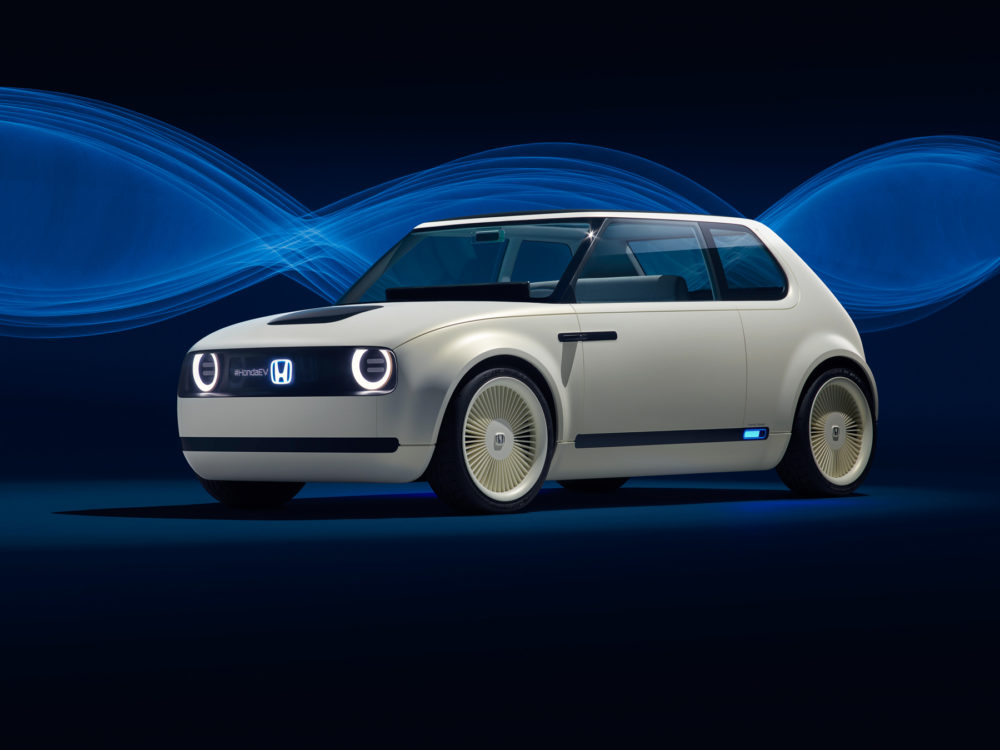 The Frankfurt Auto Show at the Messe opens through September 24.