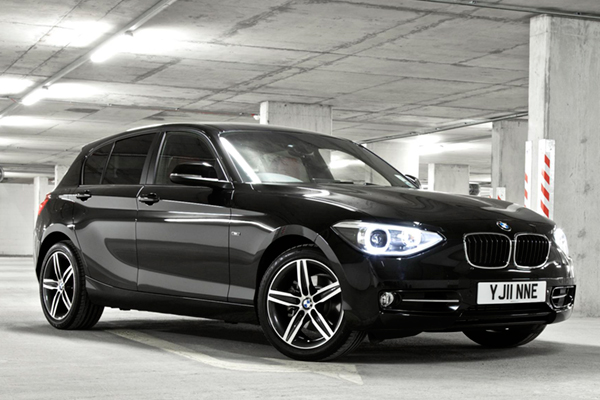 Body Design Strays Little From Original, And That Was No Looker

High Technology Is Now Available Further Down Market, At A Price
rating **** out of 5

BMW’s new 1 series stood out from the crowd of debutants at the Frankfurt Car Show because unlike many of the other newcomers, it looks like a car.

Some of the world’s biggest car manufacturers unveiled their latest designs for new technology electric cars, and some are more serious than others. Volkswagen, Europe’s biggest car maker, showed its NILS electric commuter concept car which looks like a covered motorcycle and bizarrely has room for only one. Audi had its electric Urban Concept vehicle. That has two seats, but they are slightly staggered and its wheels protrude outside the body. You climb in through the roof. Vauxhall-Opel’s Rak e reinvention of the motorbike at least had two seats. Renault of France paraded its wacky looking electric cars including the new Frendzy. Which is the most serious? None of the above would be my guess. 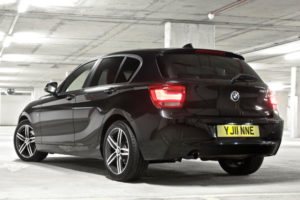 The new BMW I series, which goes on sale later this month across Europe, looks much more mainstream.  In fact,  BMW hasn’t taken any risks with the design and the new model looks very much like the old one.  The more I look at it, the more I see a twin of the Lexus CT200h. Instead BMW has concentrated on engineering and comfort with improvements in fuel efficiency, suspension technology, and more space for the passengers. Still the only rear-wheel-driven car in its class, the new 1 series is a bit longer and wider than the old one. There’s a bit more room in the back, but not much, and the boot is marginally more capable.

Adventurous
Where BMW has been adventurous is in loading the 1 series with high technology safety and comfort features usually limited to much more expensive cars. This includes lane departure, collision warning and adaptive cruise control, which uses radar to slow the car as it approaches slower ones, and automatically speeds it up again when the coast is clear. Not surprisingly, BMW wants serious money for these add-ons. 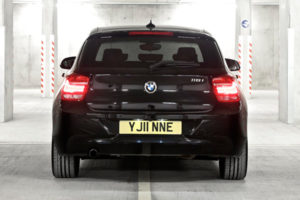 There are petrol and diesel engine options from 1.6 to 2.0 litres. An ultra fuel-efficient diesel version will go on sale next year offering a claimed 74 mpg-3.8 l/km. You can choose a six-speed manual gearbox or an eight-speed automatic. All versions incorporate fuel-saving “stop-start”, and a device which allows the driver to choose from four different driving modes from sport to comfort. ECO PRO guides the driver into making more fuel efficient decisions such as curbing the air-conditioning and heated seats’ use of power. The suspension has been developed and strengthened to handle the world’s worst roads, now defined as existing here in Britain. Another shameful example of the pitiful, incompetent level of British governance

Gamble
BMW gambled when it launched the 1 series in 2004, the smallest car in the German luxury car manufacturer’s portfolio. Was it undermining the brand’s exclusiveness by venturing down into Volkswagen Golf, Ford Focus and Alfa Romeo territory? Would it be able to make money in this cut-throat sector where profit margins were miniscule? One million sales later, it is clear the first 1 series was at least a sales success. The jury is out on the profitability of the car. 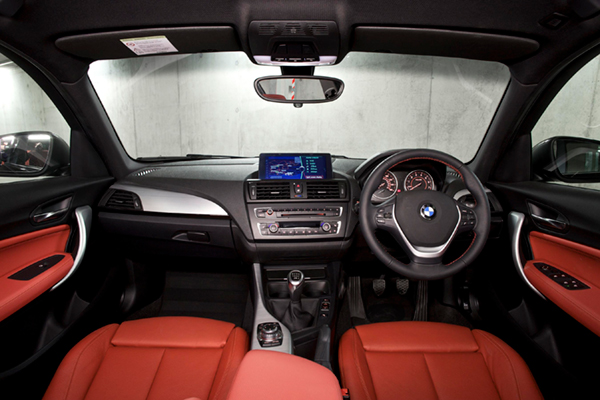 The choice for buyers in this sector of the market is awesome, although none of the competitors stands out as a looker. There’s the Audi A3 and Mercedes A class due to be re-launched next year, the little Lexus which has stolen a march with its hybrid only set-up, and various Minis. There is also the suspicion that these small luxury cars are something of a trap for brand victims. Why, for instance, pay a couple of thousand more for an Audi A3, when the VW Golf equivalent is just as good on all counts. Maybe the bottom line is the fact that premium badges might not be any better than the mass market equivalent, but the badge does contribute to much better residual values. That’s a kind of virtue-free circle, where the con-trick of the brand works so well that even if potential buyers are aware that the expensive package is equivalent to the cheaper version, the world of brand perception forces you into making what is really a dumb decision. 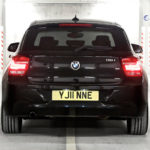 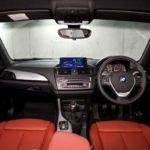 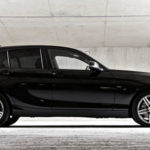 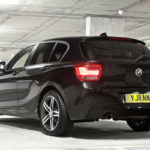