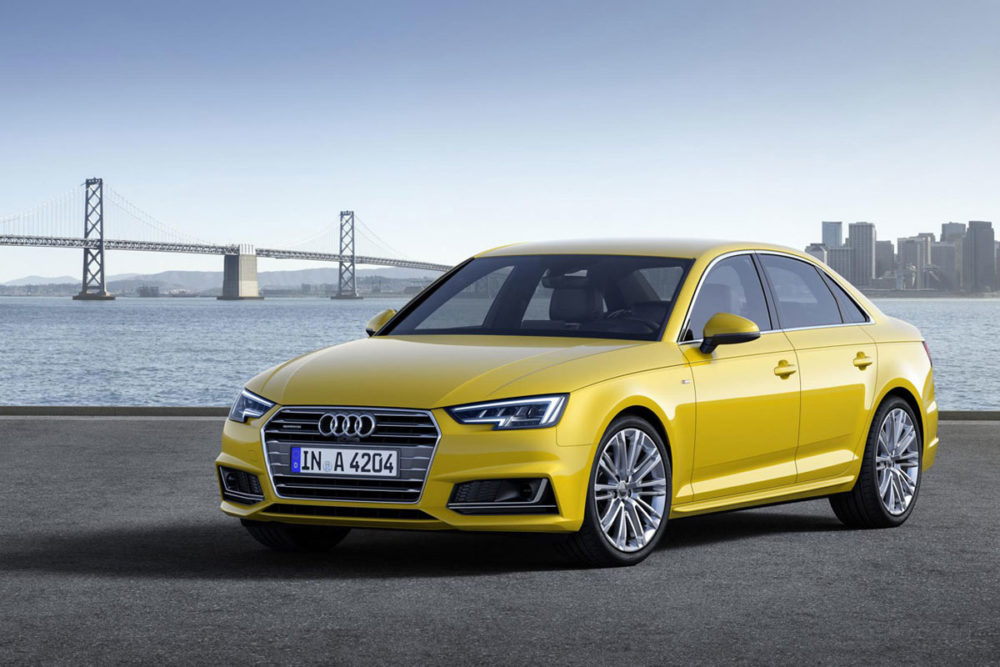 Audi Publishes Pictures Of The New A4

Audi Publishes Pictures Of The New A4.

Audi’s new generation A4 looks remarkably like the old one, although the designers have managed to flatten out the remaining few quirks which made the previous one distinguishable.

But given that Audi’s obvious success in producing high quality, premium cars is unsurpassed, this is clearly a winning formula. Bland is the watchword for the new sedan and Avant estate, which go on sale towards the end of the year.

Not that there’s anything bland about the car under the skin, or inside the cockpit. Audi’s headline claim for the new range of cars, which will compete with the BMW 3 series, Mercedes C class, Jaguar XE, Alfa Romeo Giulia and Lexus IS, is its lightness compared with the old model (minus 164 lbs) and improved fuel economy (plus 21 per cent).

There’s a wide range of four and six cylinder diesel and petrol engines available from 148 hp to 268 hp. There aren’t any electric or plug-in hybrids on the menu yet, but the engine range includes what Audi calls a revolutionary combustion system.

“The new Audi A4 has a groundbreaking innovation for the petrol engines: The 2.0 TFSI ultra with (187 hp) uses an absolutely new combustion method that makes it especially efficient,” Audi said without giving any details. 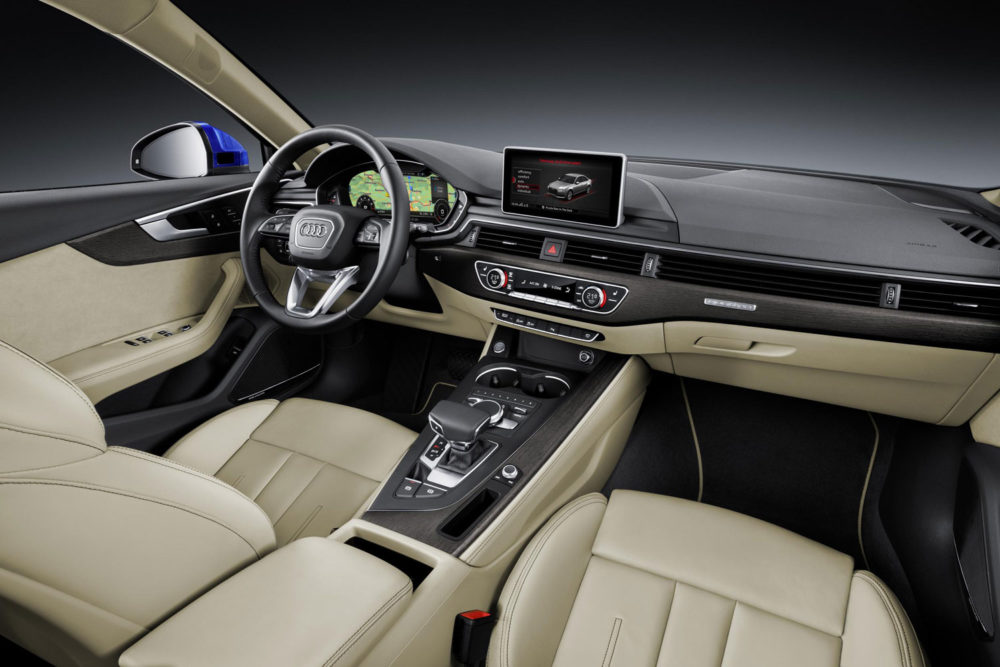 There will be six-speed manual, and seven-speed and eight-speed automatic gearboxes.

You will be able to load up on the latest infotainment and sound sytem technology. 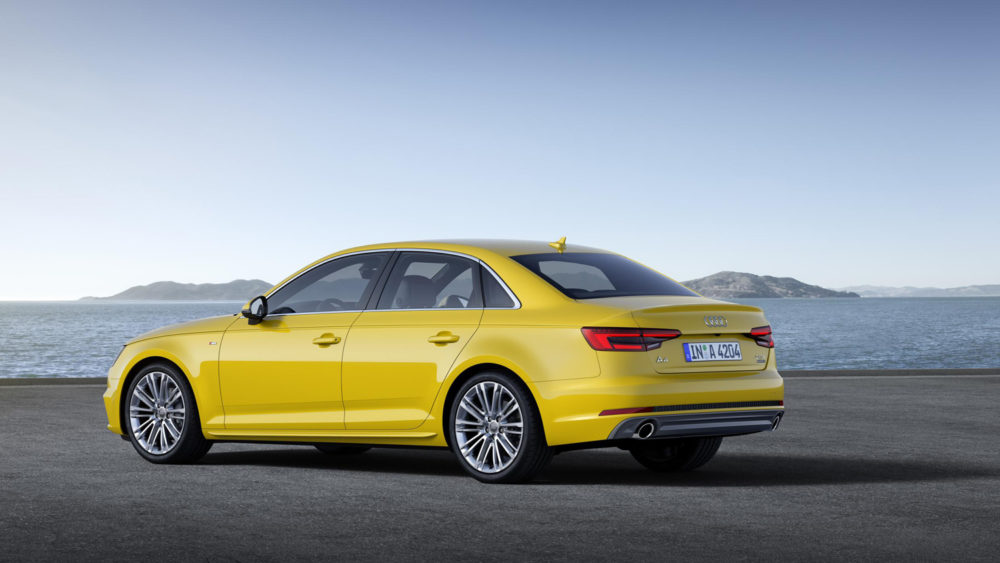