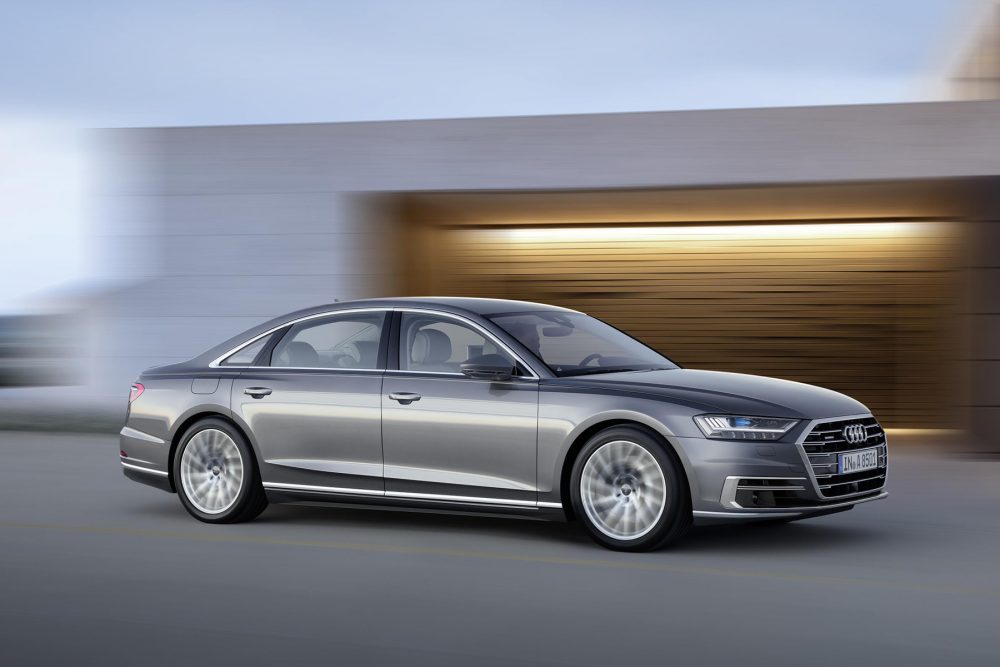 What Was The Mystery Jaguar I-Pace Up To?

“The first impression was of sumptuous, understated £79,470 luxury”“my second; would this massively capable computerized machine be too complicated to start”

The Audi A8 is fabulous. The Vauxhall Grandland is overpriced and has the world’s worst SatNav. The little Nissan Micra has a surprisingly super interior, while the Peugeot 5008 dashboard is so beautiful, it’s almost a reason to buy.

That’s some of my conclusions from SMMT test day 2018. Every year the Society of Manufacturers and Traders persuades all the big carmakers to make their latest and greatest products available to hundreds of journalists.

The event takes place at the Millbrook testing centre near Bedford, and it’s great for catching up on some of the launches as some of us either slip down the importance list, or fall victim to slashed PR budgets. SMMT CEO Mike Hawes always takes the opportunity to berate a captive audience, assembled for the mandatory safety briefing, about the folly of leaving the E.U. This year I swear I heard him say the industry demands membership of the single market and customs union, knowing full well that is an oxymoron, given Britain will not accept open borders for immigration. This year I controlled myself and let the heresy pass over my head.

Flaunting badges
The base area for all the cars is a horseshoe shape around the Concept Centre where the manufacturers set up their stalls.  The journalists, flaunting their badges which say they are eligible drivers, wander round seeking out available motors. Each car carries a badge saying which of the routes available you can take. There’s the hill route, a couple of miles of undulating, one-way road where you can overtake; town – a short boring route with little obstacles pretending to be city-like; an outside of Millbrook road route; and the high-speed bowl. The bowl is 2 miles of banked track, which allows speeds of up to 150 mph in the topmost lane.

One mystery of the day was a Jaguar electric I-Pace, heavily camouflaged, which was being driven slowly on the hill course  as though the battery was about to expire. Traffic backed up and although I didn’t see any raised fists, it wasn’t a great PR move. It turns out that the I-Pace had nothing to do with SMMT day, and had strayed into the event. Weird. 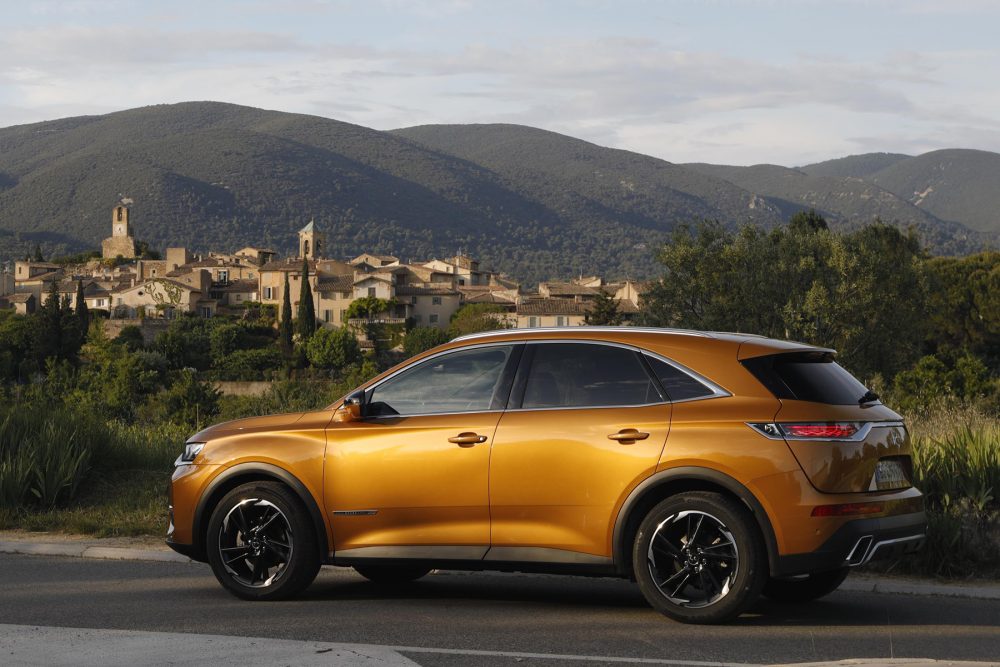 I headed for the DS stall first, anxious to drive a DS7 Crossback, which regularly stares out at me from a Sky Arts TV channel sponsorship. Every time I see it I wonder how many new buyers have been persuaded by this advertising. The DS7 is a big and handsome SUV with a fabulous interior. It had plenty of power and felt very smooth, but the steering was a bit lumpy. Like all pretenders to the German premium crown you always have to wonder why anyone would spend their money on an unproven brand. DS sales have been languishing but lately have shown signs of revival. 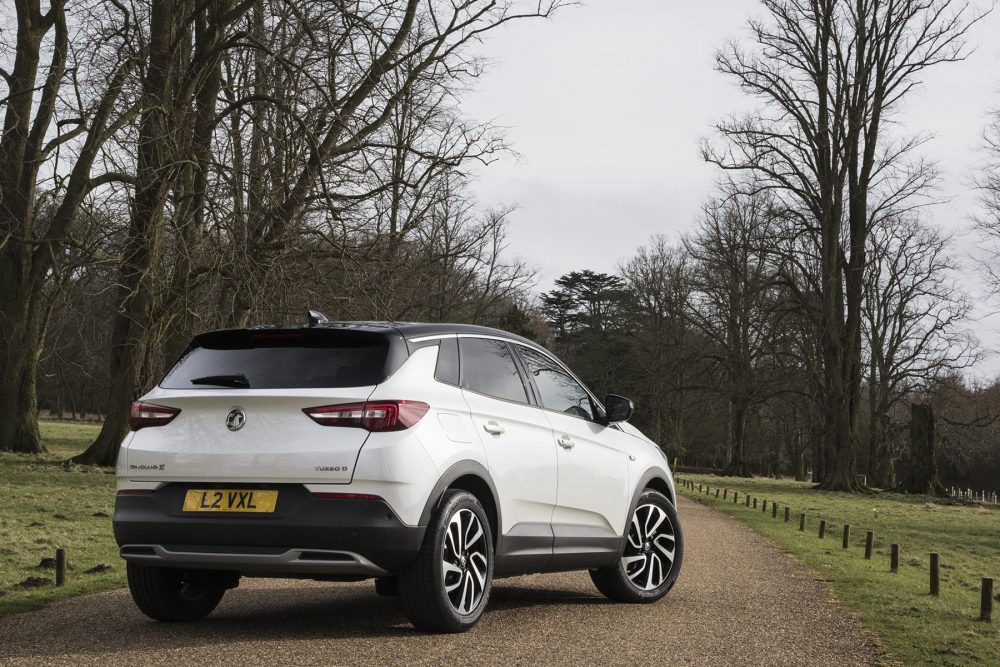 The Vauxhall Grandland X Ultimate SUV was a 2.0 litre turbo diesel automatic with about 175 hp. The Grandland is really a Peugeot 5008 in disguise, the result of the recent takeover of GM Europe’s Opel-Vauxhall brands by PSA Group of France. I was quite taken with it until I saw the price – £35,000. The fact that this car was only allowed on the exterior roads gave me the chance, after getting lost, to also test the SatNav; verdict – useless. I tried to put in “Millbrook” or use notable local places and it failed the first and most crucial test – it has to be intuitive. Luckily, I soon stumbled on the right route. 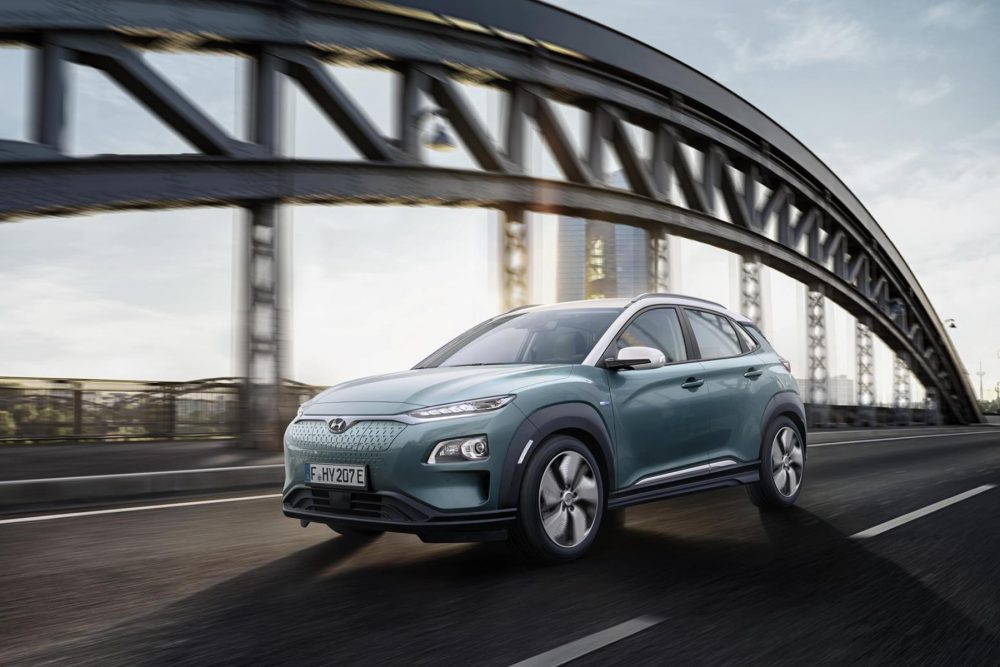 The Hyundai Kona 1.0 GTDi is a compact SUV in the same sector of the market as my Suzuki Vitara, up for replacement next February. The 1.6 litre 4×4 version wasn’t available, but this is a lower and smaller vehicle than my Vitara and I eliminated it quickly from my choice list. 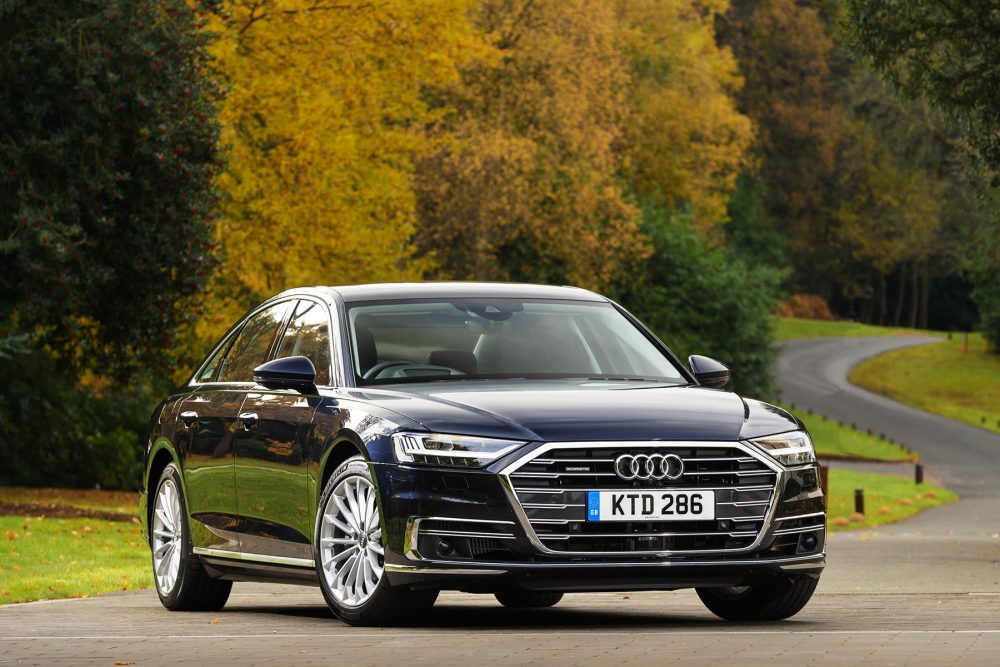 Walking past the Audi stand I spied a neglected A8 55 TFSI Quattro with a 340 hp petrol motor, the top of the range limousine. I jumped in and my first impression was of sumptuous, understated £79,470 luxury, and my second; would this massively capable computerized machine be too complicated for me to start. It wasn’t. My blushes were spared and I was soon on the hill route and wondering if all the safety precautions built into the car might restrain my experience. I was obviously driving much too carefully because nothing noticeable intervened. Even when I blasted over a hump back the car didn’t turn a hair.  The A8, disappointingly, was not allowed on the high-speed bowl. 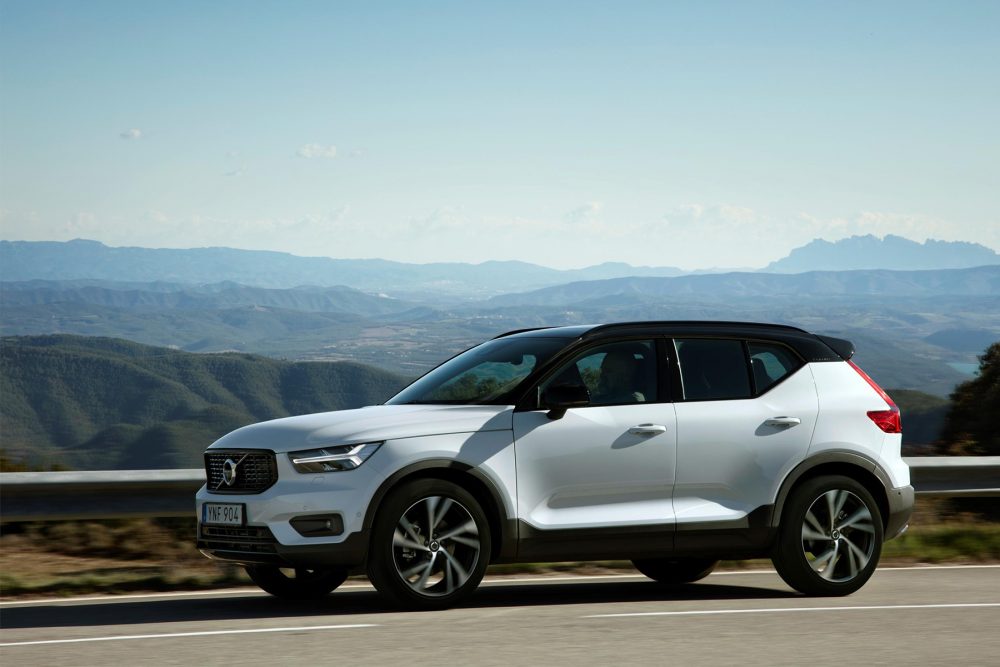 The Volvo XC40 D4 First Edition is crying out to be looked at and is a new styling direction for the Chinese-Swedish company, usually so modest and understated. I’m not sure if the looks work though. Inside, the dominating, Tesla-like screen is too big. The moon roof was nice, as was the funky little gear selector in this automatic. It had plenty of power, but felt floaty when hard-pressed. On the sidelines, presumably testing at Millbrook, was the new Chinese Lynk 01 SUV, which will be made alongside the XC40 at the Belgian plant and not surprisingly has much in common. What it won’t share is Volvo’s high price, so my quest for a new small SUV might involve this Chinese option. 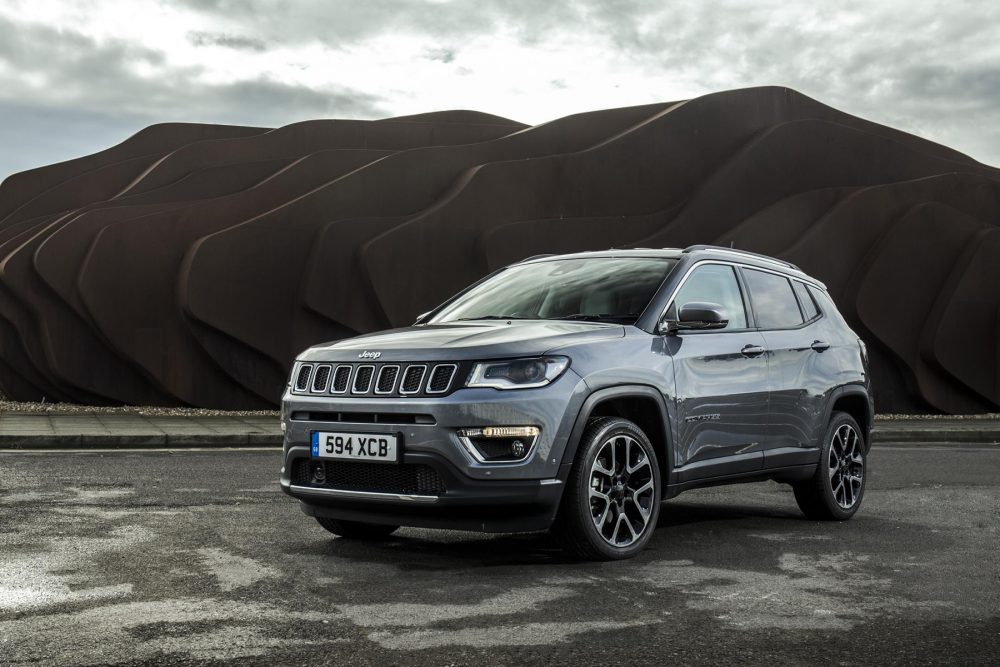 The Jeep Compass Limited 2.0 Multijet 170 hp looks much better than the model it replaces, which wasn’t too hard. I rented one a couple of years ago in the U.S. and it was shockingly tacky inside. This new one is very impressive both inside and out, as was the price of this admittedly all-singing all-dancing version at £39,000. 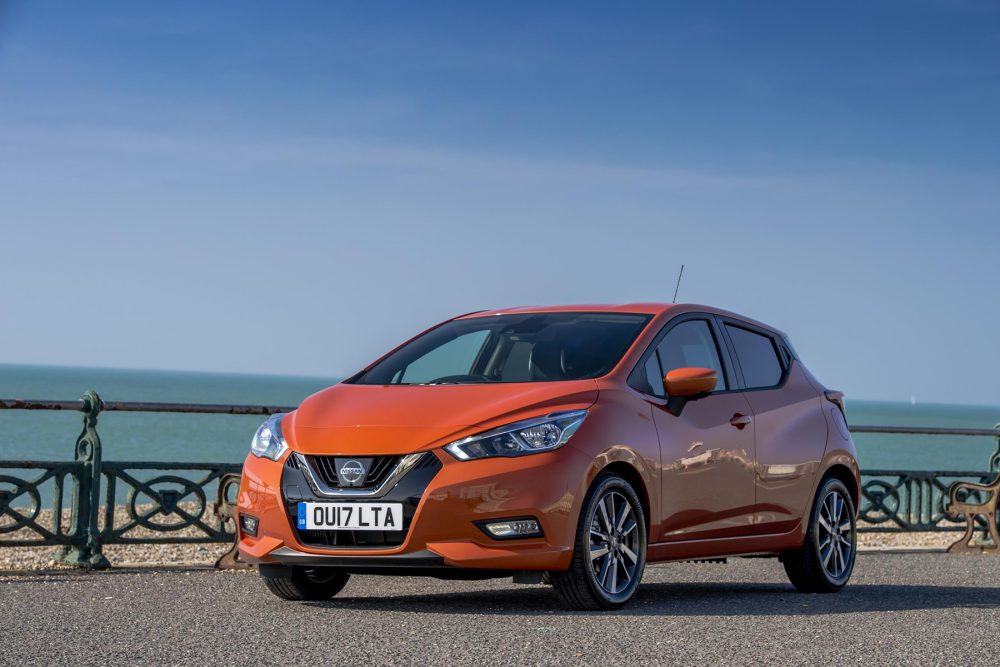 I’ve been very impressed with the looks of the new Nissan Micra from the TV ads and in the metal it doesn’t disappoint. The interior of this Nissan Micra Tekna IG-T 90 was fantastic too, but what I guess was a 3-cylinder engine sounded gaspy and over-stretched. And the price was a ridiculous £19,060. 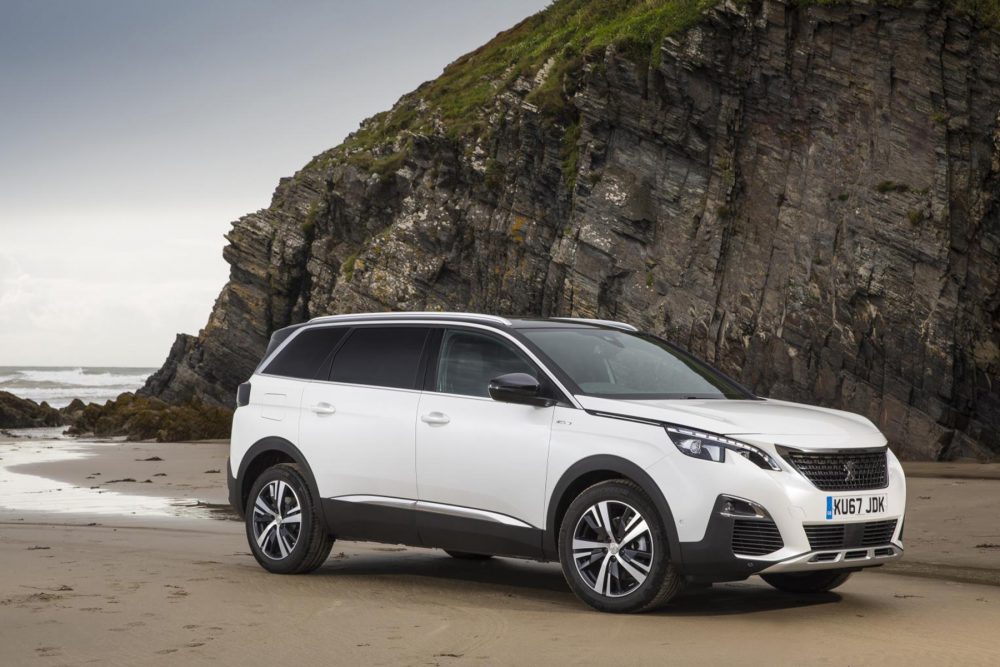 The Peugeot 5008, a big SUV rather like the Vauxhall Grandland, has plenty of presence, and like its smaller brother the 3008, the interior is stunning, or rather the driver-centred nature of its dashboard is. The Peugeot 5008 2.0L BlueHDi 180 hp handled the hill circuit and high-speed bowl with aplomb. 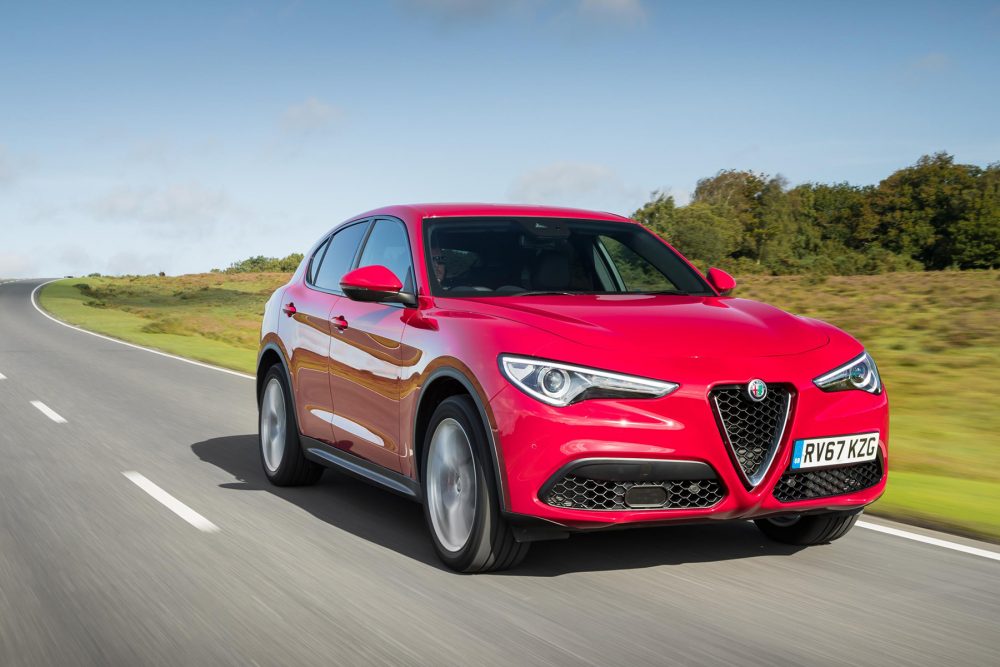 The Alfa Romeo Stelvio Milano Edizione Q4 2.2 210 was very hard to give back. It felt very powerful and controlled. The interior was sparkling, and just like the Giulia, the manual override auto gear change flippers clash with the direction indicators.

My list of cars to drive at the SMMT event fell short and I failed to get behind the wheel of the VW T-Roc, Citroen C3 Aircross Flair, Ford Fiesta Vignale, Mazda CX-5, Smart forfour electric, Mitsubishi Eclipse Cross, and Subaru XV. I hope to put that right in coming months.