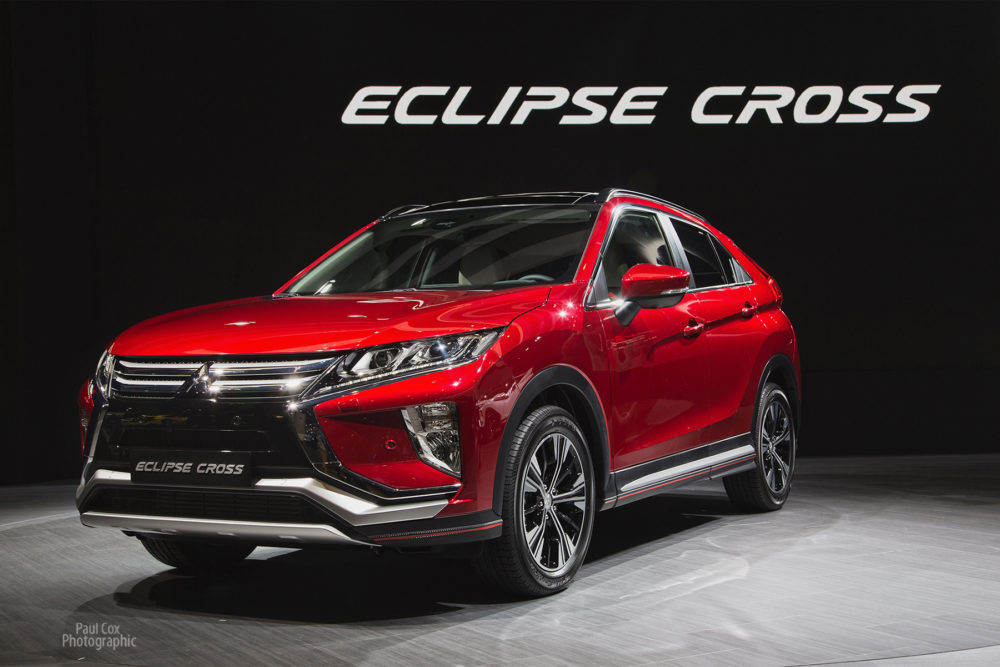 For – premium interior, terrific cruiser, well priced and equipped.
Against – except for lack of Sat Nav, poor fuel consumption.
**
£28,165

The Eclipse Cross is an impressive SUV, with striking if maybe divisive looks, and a high quality feel to the interior, but it is let down badly by the fuel consumption.

Mitsubishi claims this 1.5 litre CVT automatic will deliver a combined 40.4 miles per gallon. But my road-test, rolling along mainly between 45 and 60 mph on country roads couldn’t get anywhere near that. Both times I filled the car up the maths said 29 mpg. If fuel consumption worries you, better wait for the 148 hp 2.2-litre diesel engine promised later. 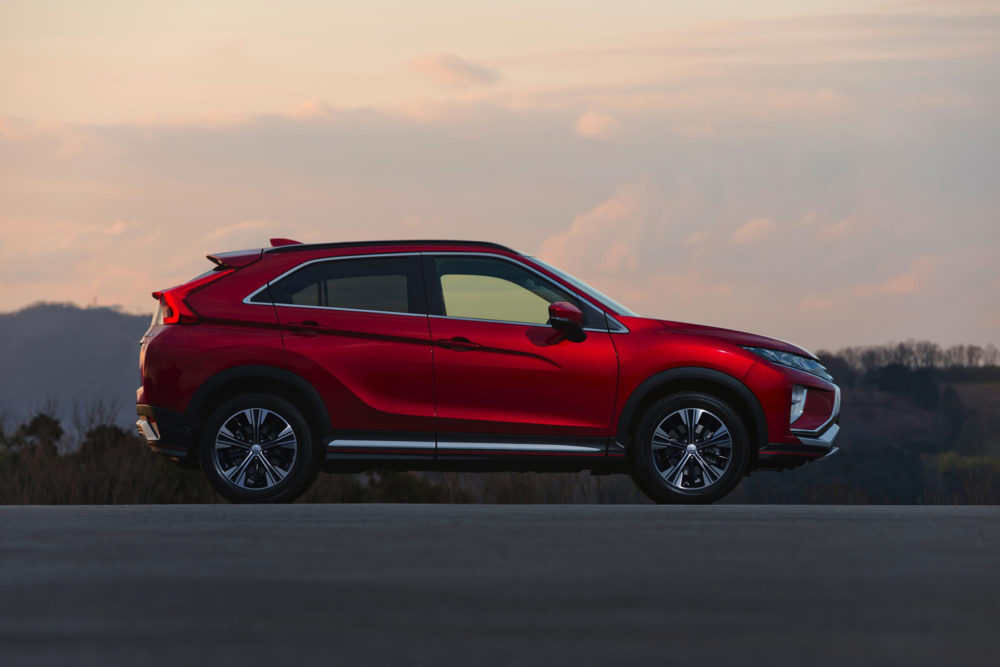 But let me run through the good things first. It drives beautifully and the interior looks and feels sumptuous and expensive. The CVT automatic, not everybody’s cup of tea as its slurps and slushes its way to finding the appropriate virtual cog, worked well. My lone criticism of my Suzuki Vitara 1.4 turbo automatic is the turbo lag when you wait to enter roundabouts or junctions. The CVT box on the Eclipse seems to eliminate this. It was eerily quiet at highway cruising speeds. The manual over-ride on the auto box also worked a treat. I find this feature is often very difficult to persuade back into auto mode, but a touch of the right hand flipper and this was instantly restored.

This version surprisingly didn’t have a Sat Nav, but Google maps did the job in a clunky, opaque way. Even though this is a big car, the boot area was too narrow for a golf bag to fit across. You will need to fold a rear seat down. The sun roof was nifty.

But that fuel consumption is really unacceptable, compared with the claim. 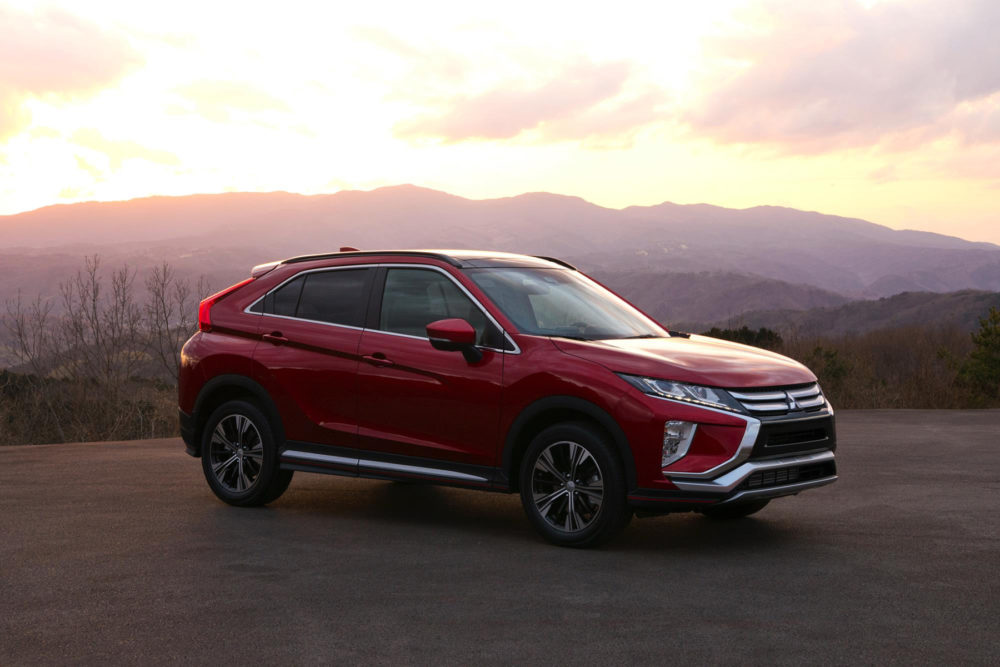 The 1.5-litre, direct-injection turbocharged four-cylinder petrol engine comes with a 6-speed manual gearbox if you want just front-wheel drive. The CVT has four-wheel drive, and the software allows you to pretend there are 8 gears.

It’s piled high with safety features including Forward Collision Mitigation, Lane Departure Warning, and automatic headlamps with automatic high-beam. There’s a Smartphone-Link Display Audio touch-screen infotainment system and the touchpad controller. I never did get to grips with that. There is even a Head-Up Display option. 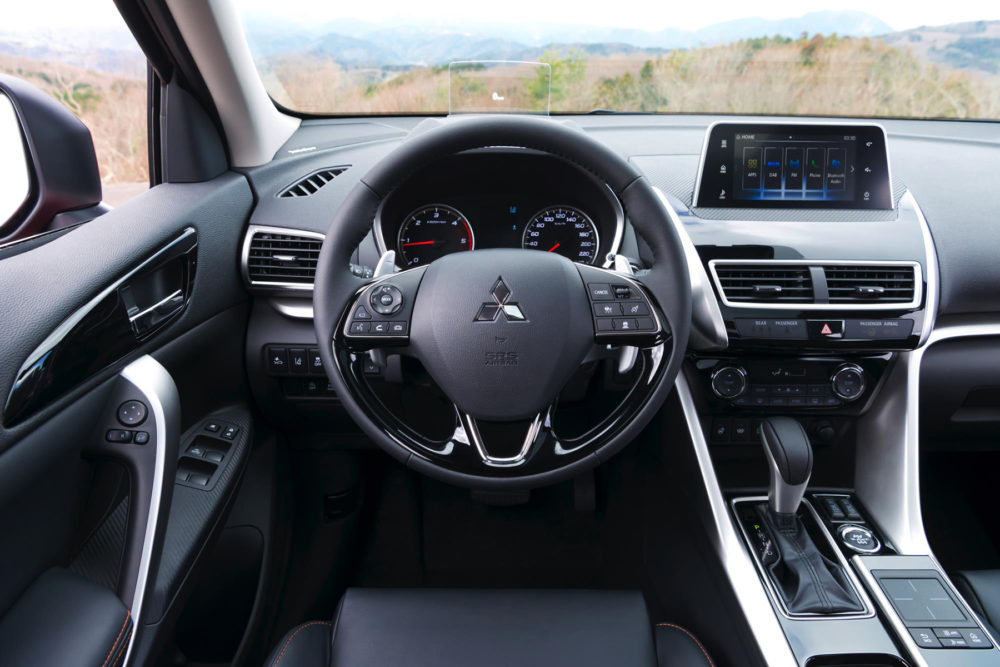 What to buy?
Prices of the Eclipse Cross are very competitive across the range and there are tasty leasing deals available. The competition in this sector is severe although prices vary widely. My current favourite is the VW T-Roc, which recently supplanted the Peugeot 3008 in my affections. But the best buy in my opinion would be to move down a class slightly, and go for the Suzuki Vitara 1.4 S Auto Allgrip, which happens to be sitting in my driveway now. The interior quality isn’t quite up to the Eclipse Cross, but your golf-bag will go in sideways and the fully equipped version will save you probably at least £8,000. And it will deliver a genuine, as opposed to computer generated, 38 mpg. 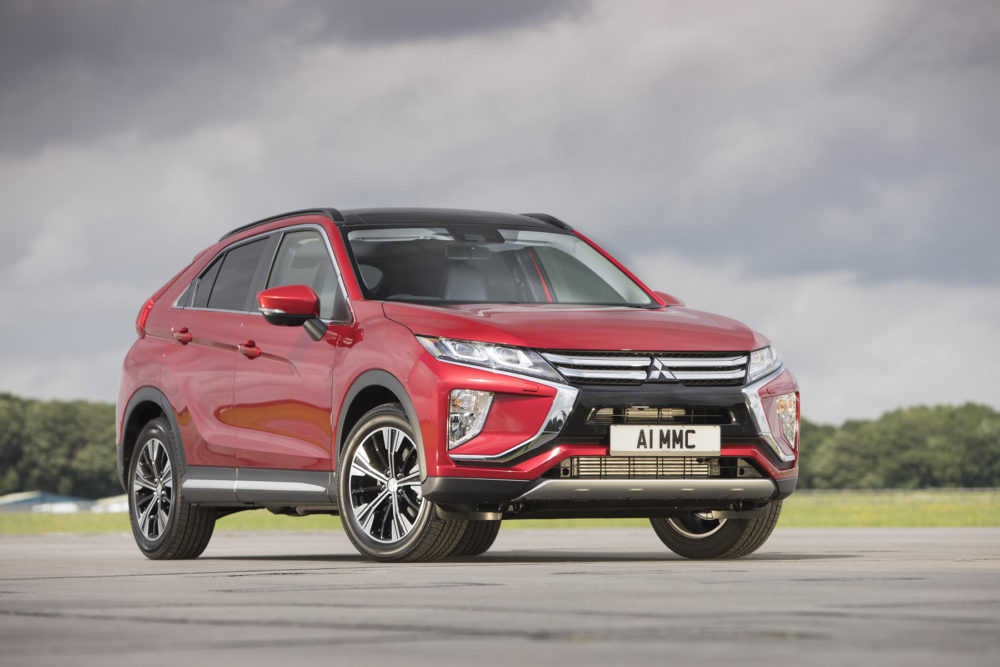