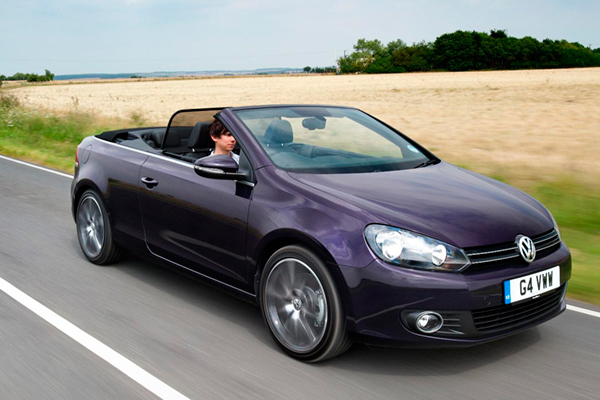 At last a replacement for the iconic Golf Cabriolet

and Volkswagen now owns the factory.
**** out of 5

For: Perfect antidote to British weather
Against: Nothing except that it looks like an Audi A3 Cabriolet

In view of its platform sharing strategy and amid accusations of badge engineering, the Volkswagen Group design team under Walter de Silva has done an amazing job differentiating cars indistinguishable under the skin. Until now that is; from any angle the new Golf cabriolet looks all but identical to the Audi A3 Cabriolet. All the panels are different but they might as well have saved some money and copied the morphing of the old Audi A4 into the new SEAT Exeo – just a nose and bum job.

It is surprising that this one got away as VW design chief de Silva, when he noticed that Volkswagen brand designers were aping Audi’s full depth Guppy front, decreed that VW would revert to a horizontal grille design. This can be seen in the new Passat and Golf. 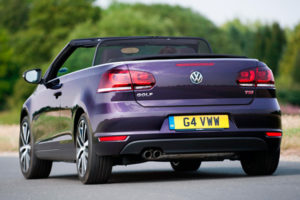 It is a shame about the Cabriolets because when you realise that such individual looking cars as the Volkswagen Beetle, Golf, Jetta  and Eos share the underpinnings of the Audi A3, TT, the SEAT Leon and Altea and the Skoda Octavia, what went wrong? Fortunately there is not much price difference between the Golf and A3 Cabriolets so the Audi buyer won’t feel put out; after all he or she has bought a badge whereas the Golf buyer has bought a car.

Volkswagen Group must maintain design individuality for its brands
The Volkswagen Group will have to be careful of its exterior design strategy, it cannot afford its brands with differing prices to look the same otherwise Audi’s healthy profit margins will be eroded.

At the launch of the new Golf Cabriolet there was a perfectly restored Mk 1 Golf which probably attracted more press attention than the latest one. It certainly demonstrated Volkswagen longevity as despite being over 30 years old with nearly 100,000 miles on the odometer the original, unrestored seats were as new. Such was the perfection of its Giugiaro – designed shape that it could have been marketed as is and would have been a winner. It was the first of four previous Cabriolets based on MK 1, 2, 3 and more loosely the Mk4. For some reason best known to its executives, Volkswagen hasn’t produced a Cabriolet for the last nine years despite the 684,000 sold up to 2002. It may have been a capacity problem at the Karmann plant in Osnabrück which is now owned by Volkswagen and will be the site for new Golf Cabriolet production. 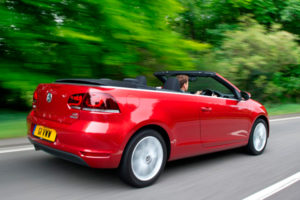 The old Karmann factory at Osnabrück was bought by Volkswagen out of administration in 2009 but its association with VW goes right back to 1949 and since then it has built an incredible 2,517,964 Volkswagens, 35,508 Porsches and 192,736 DKWs and Audis. Part of the purchase included a fabulous collection of 70 classic cars built at the plant including Giorgio Giugiaro-designed concept cars.

With the importation of 292 technical employees form Wolfsburg it is likely that build quality will now be up with the best.

Volkswagen launched another convertible in 2006, the EOS with a folding metal roof and despite being based on the Golf will continue alongside the new Cabriolet. It is 200 mm longer and probably appeals to older buyers many of whom would not buy the Cabriolet because of the canvas roof.

In an attempt to distance the Cabriolet from the Eos, the new car will initially make do with some of the less powerful engines but this isn’t a problem as the Cabriolet is not really about performance. 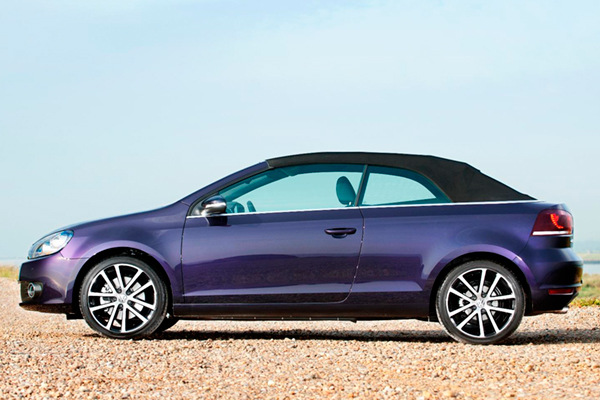 While folding metal roofs might appear highly practical and vandal resistant, they have the disadvantage of affecting the structural integrity of the vehicle leading to scuttle shake on bad surfaces and slightly sloppy handling hood-down. They are also much heavier, take up valuable boot space and are wear-prone. The canvas top on the Golf Cabriolet has none of these problems and allows a very reasonable 250 litre boot. Because there is no separate cover for the hood when furled it opens and closes in an amazing nine seconds even when on the move at up to 18 mph.

To ensure safety, comfort, refinement and consistent handling, great attention has been paid to torsional rigidity involving reinforced window frames and structural modifications to the underbody, side panels, cross members and doors. To improve refinement further the hood has an additional skin. 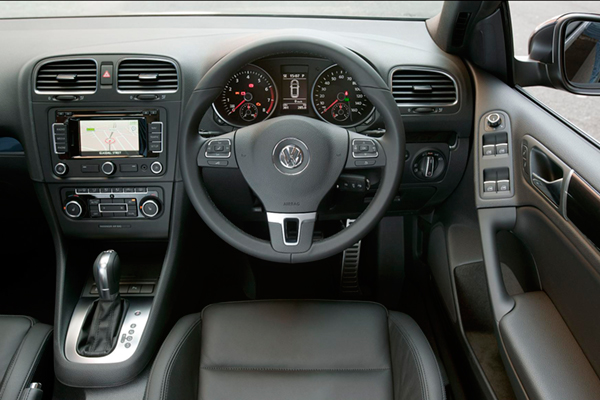 Superb yet complex twin-charger engine may be dropped
This all pays dividends on the road and even on the UK’s appalling surfaces there was no sign of any body movement whatsoever.  The 1.4 TFSI 160 PS engine is wonderful with a particularly sleek powerful delivery improved even further by the twin-clutch DSG auto box that was fitted. This changed gear far quicker than any driver and if manual control is required there are excellent paddles on the back of the steering wheel. The only concern about this drive train is the complexity with both supercharger and turbo charger and very complicated electronics in the gearbox. There are rumours that Volkswagen will drop the super charged/turbocharged engines owing to manufacturing costs which from a driving point of view will be a pity.

The new Cabriolet feels very much Volkswagen with nicely weighted controls, fine handling, responsive steering, good brakes and high levels of refinement. The fit and finish is immaculate as always and the great thing with this brand is that it is classless and has no negative image like some German cars. 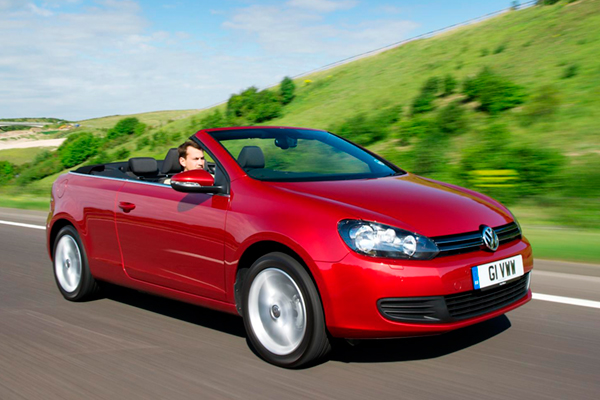 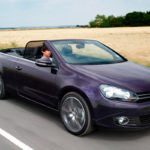 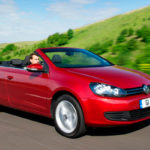 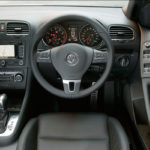 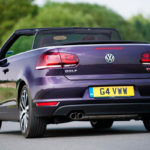 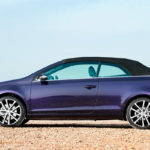 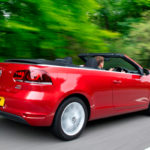 Toyota Yaris review
Mercedes Aims For Number One Spot, But Won’t Say When