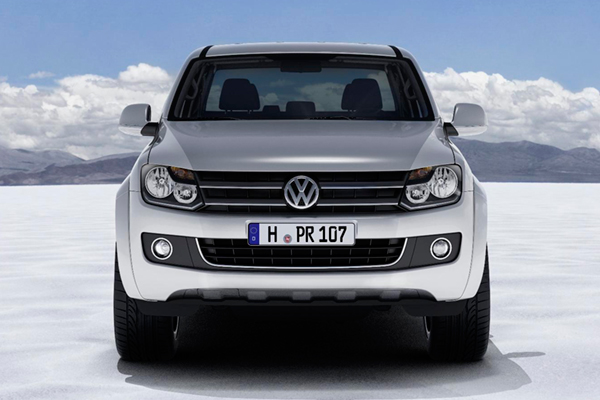 Rugged And Expensive; Is There A Market For This In Europe?
*** out of 5

For – rugged, go-anywhere load-lugger for farmers, plumbers
Against – SUV does the same, and keeps your stuff dry, safe

I’ve never driven a pick-up truck before. I’ve ridden in a few in the U.S. over the years, but pick-ups really are alien creatures here in Britain.

That’s probably because in America there are millions of individually-owned small plumbing, electrical businesses or farms which need a vehicle which can be used both for work and play. These businesses in Britain seem to use grungy little vans for work which wouldn’t be able to double up for leisure use. I can’t see my favourite local decorator BodgeIt and LeggIt being able to afford one of these. 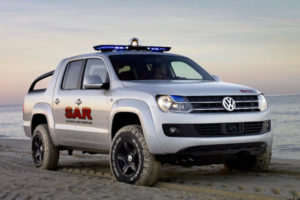 The market in the U.S. for pickups is massive compared with Europe and the Ford 150 pickup has been the most popular vehicle in America for more than 20 years. There is also an import tax issue, which explains why U.S. made pickups still dominate, although Japanese imports are now big too. Cheap petrol prices in the U.S. must be a factor. It’s a cultural thing too. Americans link pickups with the idea that they are free to go anywhere and do anything. You can pack a few goats or a cow or an off-road bike in the flatbed, or load stuff to build your dream house or supply your small farm. If you spill stuff in the back, you just hose it down.

Whatever the reason for the pickup’s success, VW has belatedly entered the market both here and the U.S. with the Amarok, and it’s hard to see what impact it will have, given this sector of the market has been so small, and dominated by marginal brands like Mitsubishi with offerings from Nissan and Toyota. The Amarok can do many things without having to compromise too much. It’s got four seats and a cargo area of 2.5 cubic metres, and the load bay can take a Euro pallet, whatever that is, sideways. 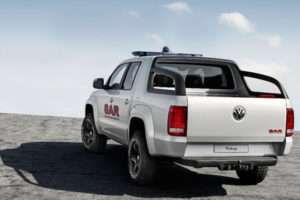 I drove the top of the range four-door, five-seat Amarok Highline, with a 2.0 litre 161 hp diesel engine, which provided punchy performance. The ride was a bit bouncy, wind noise was noticeable in the form of a low whistling sound. The six-speed manual gearbox was impressive, handling was just fine. There seemed to be plenty of room in the back. The interior quality was first rate, much too good for someone about to go plumbing or building, with all the dust and dirt associated with that. The ladder frame chassis promises serious off-road credentials.

The price of £26,839 seems a bit steep, but when you look at the Amarok it is big and you do get a lot for your money. 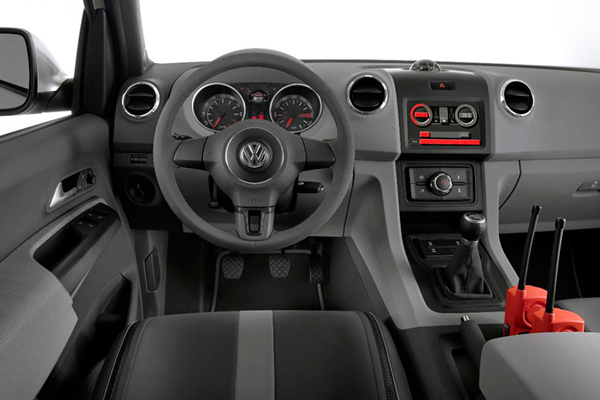 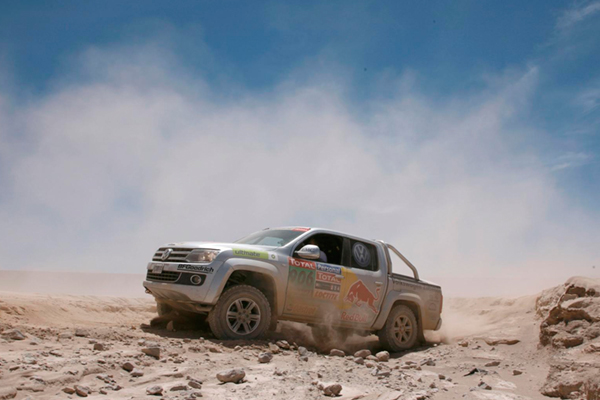 The Highline is also available with an improved four-wheel drive system with suspension which offers a more car-like driving experience.

The Amarok is built at a plant in Pacheco, near Buenos Aires, Argentina, and is on sale almost everywhere in the world but America. A single cab version will arrive next year. Will pickups be attractive to Europeans? I suppose a stripped down version with just two seats would be useful for farmers etc, or maybe a luxury version like the Amarok could be attractive to macho posers as they drive down High Street Kensington. But how do you keep expensive equipment or goods secure in the back? Why wouldn’t you buy an SUV, which is more flexible and keeps your stuff dry and safe? 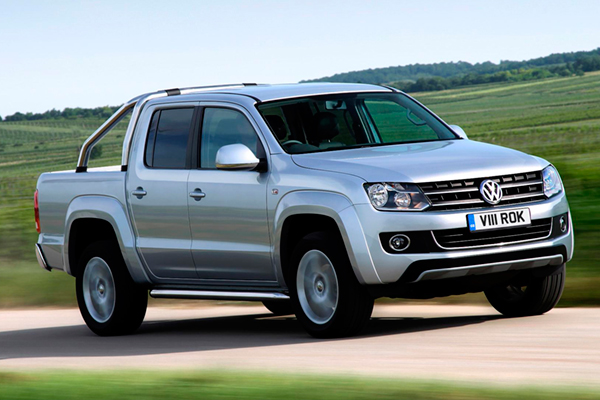 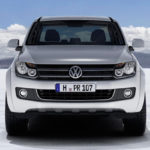 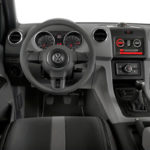 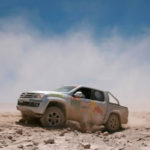 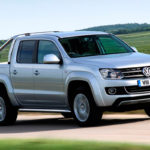 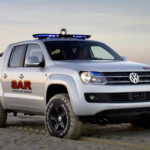 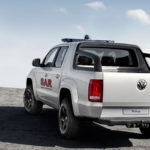