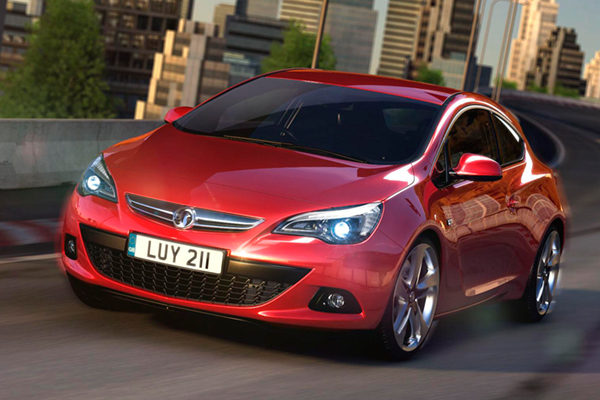 Vauxhalls just get better and better

Ever since Vauxhall’s rust-ridden nadir in the 1960s, its products, starting with the Cavalier have just got better and better. Thanks to designers and engineers poached from premium manufacturers the products are of true premium quality right from the little Corsa up to the superb Insignia.

These talented engineers and stylists must be very frustrated that they produce such tremendous products only for the sales and marketing people to devalue them through oversupply. At every Vauxhall launch press conference the spin doctors trot out the term ‘premium’ at every opportunity but along with their bosses fail to grasp that belonging to the premium club is nothing to do with product; it is to do with manufacturer behaviour. If too much product is forced onto unwilling dealers they will discount to reach the lucrative targets. Because residual values will plummet as a result, the cost to lease or contract purchase the cars will actually increase to the point that it is cheaper to buy an equivalent Audi , BMW or Mercedes – no contest. 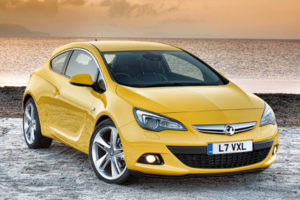 As an example, Vauxhall’s ‘puff’ sites the Audi A3 and BMW 1 Series as competitors to the new Astra GTC. Leading trade guide CAP Monitor predicts that the GTC 2.0 CDTi Sport will be worth just £5,300 after 3 years and 60,000 miles, a paltry 29% of its new cost of £21,110.  That doesn’t tell the whole story as that value will fall once the GTC is no longer ‘new’ to the market.

The GTC will dominate the class
Vauxhall marketing people see the GTC’s key rival as the Volkswagen Scirocco and certainly the GTC is more than a match in style and dynamic terms. Other competitors are the Megane Coupé as well as rather optimistically the A3 and BMW 1 Series Coupé previously mentioned but if the previous GTC is anything to go by, the new Astra will again dominate the sector. Fortunately for Vauxhall and rather surprisingly, Ford has announced that there will be no 3-door Focus.

As would be expected from the latest car to be launched in a given class, the GTC offers the best dynamic qualities and that includes the ‘ultimate driving machine’, the BMW 1 Series Coupé. 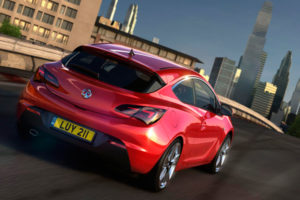 The GTC is truly a sports car and not just a 3 door version of the hatch. Vauxhall’s engineers were determined to deliver a driver-oriented feel to the car and best-in-class handling. Key to this is the HiPerStrut front suspension which is taken from the 325 PS Insignia VXR and replaces the MacPherson struts on the 5 door hatch. These struts reduce torque steer, sharpen steering responses and reduce camber change, enhancing grip.  On the road it certainly works and you almost ‘think’ the car around corners. The brakes are also tailored to the driver with a linear feel where pedal pressure is directly related to retardation with no over sensitivity so often experienced on current cars.

Considering its sporting pedigree it is surprising that the most powerful engine offered is the 1.6 turbo petrol with 180 PS.  The Scirocco , A3 and Megane  all offer up to 265 PS and the BMW 1 Series Coupé, 306 which makes the GTC look a little feeble. There will surely be a VXR version eventually which will redress the balance but in the meantime sales will be lost.

Plenty of space for a sports hatch
Unusually in this class, the GTC is a true 5 seater with very reasonable luggage space of 365 litres seat up and 1165 litres seat down, plenty for the weekly trip to the tip. 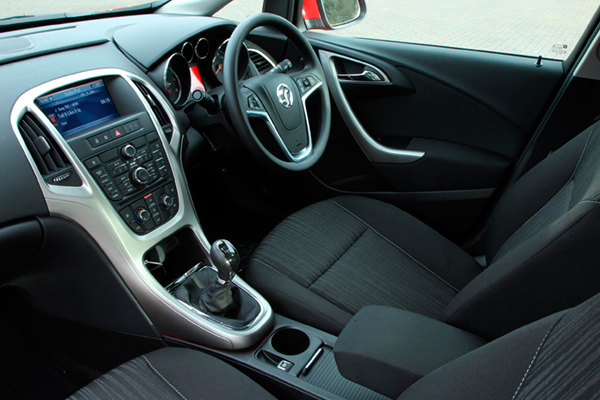 A great used car bargain
The Astra GTC is a huge step forward and offers state of the art style, fit, finish, comfort and handling. It will undoubtedly sell well although to my mind would make a much better buy in the used car market when savage depreciation will make it a true bargain. 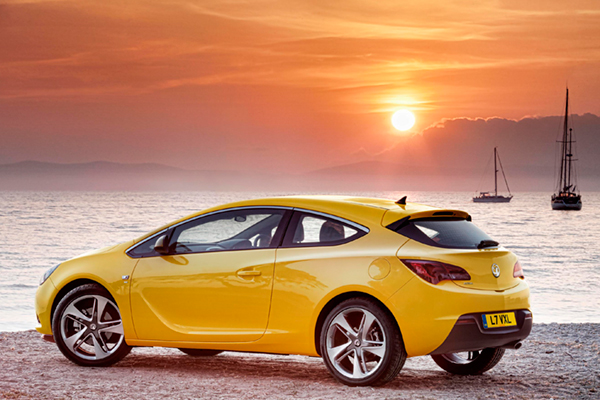 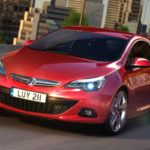 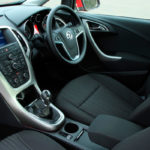 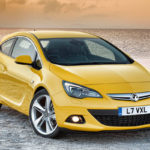 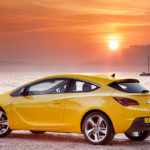 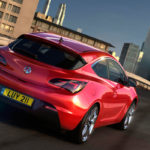