Turbulence Close To The Surface In Europe Ahead Of Geneva.

“Overall, geopolitical uncertainty is increasing around the Globe, not just in Europe. However, the need for mobility of humans is not going to change” 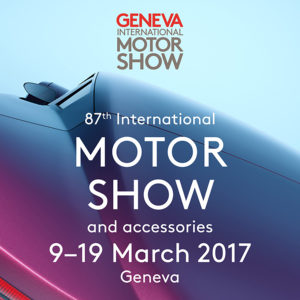 The annual Geneva Car Show, which opens to the public next week, would usually induce a spring to the step of industry leaders, while the gleaming, sleek new motors on view for the first time should excite Europeans into parting with hard earned cash.

But in 2017 the industry is facing multiple and unprecedented hurdles.

Sales are slowing, elections in key states threaten economic and political chaos, while the possibility France’s PSA Group may takeover GM Europe’s Opel-Vauxhall, is making unions and workers nervous at the prospects of corporate slashing and burning. PSA-Opel also questions the need for big manufacturers to be in Europe at all.

The onset of new technology is forcing manufacturers to invest huge sums in battery-power, plug-in hybrids and even fuel cells. Computer operated cars are also on the horizon, while expensive connectivity is already with us. The trouble is, no one is yet sure which new technology will win, or when it will be needed. Much investment will be squandered as companies insure themselves against being suddenly blind-sided by some unexpected new competitor, or invention.

In Europe, there is also political controversy over fuel efficiency regulations and unhealthy diesel emissions. Manufacturers have been criticised for cheating both sets of regulations, and are threatened with expensive new rules forcing compliance.

And the political and economic ramifications of the “wrong” election results would usually be dismissed as impossible, but with the British Brexit result and the ascendancy of Donald Trump to the White House, automotive industry nerves are jangling.

So will the new cars in Geneva’s spotlight erase some of this gloom?

No big bang
“There is no big bang coming from Geneva, after the Paris electric mobility game-changer,” said Professor Stefan Bratzel, from the Center of Automotive Management in Bergisch Gladbach, Germany.

“We see weak demand in 2017 in Western Europe, although at the moment we don’t have much evidence. But I don’t see that many new products that will make a big impact on volume,” Bratzel said.

After the last big European car show, in Paris show last October, the age of the electric car was said to be upon us at last.  But new battery powered mainstream cars are thin on the ground in Geneva, with the next big event, the launch of the Tesla Model 3, awaited towards the end of this year.

Land Rover will add to its Range Rover line-up with the new Velar, said to be a rival to the Porsche Macan. Porsche is unveiling a new wagon, the Panamera Sport Turismo. Believe it or not there are still some companies without a full range of SUVs and Mitsubishi launches its Eclipse compact 4X4. Volvo has redesigned its XC-60 in the same category and added a plug-in hybrid. Subaru’s new SUV is called the Crosstrek.

Exotic cars will be in abundance, led by the new Ferrari 812 Superfast, the new McLaren 650S, and the grimace-inducing Mercedes-Maybach G650 Landaulet SUV.

Professor Ferdinand Dudenhoeffer, director of the Center for Automotive Research (CAR) at the University of Duisburg-Essen, reckons sales will slow a bit in 2017, but isn’t too worried about elections.

What if Le Pen Wins?
European elections kick off later this month in the Netherlands, with the French Presidential elections in late April and May, and the German general election on September 24. There is a possibility that the French election could be won by Marine Le Pen’s Front National which has pledged to leave the euro single currency, and hold an in-out E.U. referendum. That would bring overnight economic chaos to Europe.

As for the German election, Dudenhoeffer doesn’t see any great change even if Chancellor Angle Merkel is defeated by the Social Democrat challenger.

“The both have stable economic policies,” he said.

Peter Fuss, partner at consultants EY’s Global Automotive Center in Frankfurt, Germany, is sanguine about political uncertainty, and points to the radical new ways of doing business on the horizon.

“Overall, geopolitical uncertainty is increasing around the Globe, not just in Europe. However, the need for mobility of humans is not going to change. Therefore transportation of people of goods will not stop. But, the way how mobility will be managed, may be impacted by political uncertainties. People may no longer want to invest in a car by buying it. They would rather use mobility on demand like ride or carsharing,” Fuss said.

Professor David Bailey of the Aston Business School in Birmingham, England also worries about political uncertainty, and points to the long-term and unsolved bane of Europe’s car industry, overcapacity.

“The European market picked up more quickly than expected (after post-crash lows) but there is huge uncertainty about where it goes from here. Elections won’t help. But overcapacity is still a big issue and any weakness in the market is exacerbated by this,” Bailey said.

Big job losses
The mainly unspoken logic behind a PSA merger with Opel-Vauxhall is rationalisation, another way of saying job losses and the chronic need for eliminating overcapacity.

There is also the worry that General Motors finally decided to cut and run from Europe because of its tight government regulation, intrusive labor union influence and the resulting high cost of doing business selling small cars with little or no profit margin

The Center of Automotive Management’s Bratzel says this will be the main talking point in Geneva.

“The big theme will be PSA Opel Vauxhall and the possible new trend of consolidation in the industry. We will discuss this most in Geneva,” he said.

Morgan Stanley put it this way in a recent report.

“Must an Auto Company Be Present in Europe to Succeed?”

Perhaps GM is saying “No”.

The Geneva Car Show opens to the public from March 9 through March 19, at the Palexpo Exhibition Centre.