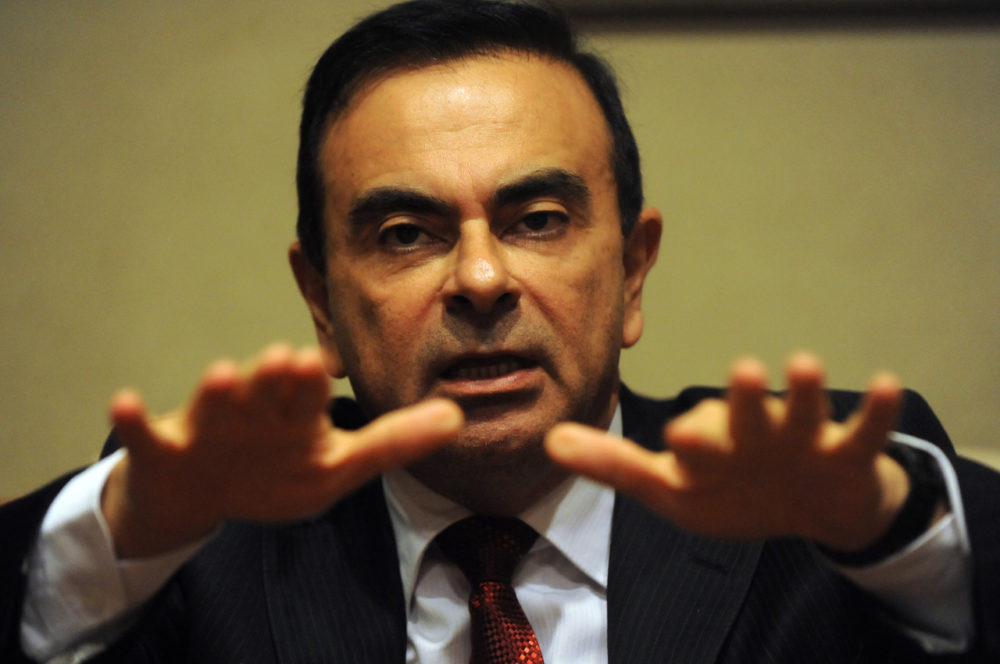 Now Ghosn Wants Us To Stay In The E.U., Or Else.

“If you make inflammatory remarks about our E.U. future, demonstrators will show up at dealerships and sales will fall off a cliff”

All you need to know about Carlos Ghosn, CEO of Nissan-Renault, is that 10 years ago he was demanding that Britain join the ill-fated euro single currency.

That tells you about Ghosn’s judgement in the world of politics and economics. He might be an undisputed genius when it comes to making cars, but he has a tin ear for politics and macro-economics.

Back in 2004, Ghosn said at the Detroit Car Show if Britain failed to join the single currency, Britain’s economic future would be in danger, and Nissan’s investment in Sunderland in jeopardy. Can you imagine the state of our economy today, and Nissan’s Sunderland plant, if we’d taken his advice?

To be fair, other CEO’s of foreign companies like Ford Europe and GM Europe had been saying the same thing, to their eternal shame.

Canard
Ghosn said last week that if Britain decided to leave the E.U., (a referendum is promised by the Tories) it might mean the massive investment in the Sunderland plant would have to be reconsidered. Ghosn seem to be suggesting that if Britain left the E.U., the trade barriers would come crashing down and Nissan would be off.

This is what he said after being asked whether Nissan would pull out of the UK if it voted to leave the E.U.

“If anything has to change we would need to reconsider our strategy and our investments for the future. It will have implications, obviously,” Ghosn said. “You cannot consider the U.K. independent of its environment. If the U.K. is part of Europe it’s a completely diffent situation than if it is not part of Europe.”

This is simply a canard put about with a little bit of help from other Brussels worshippers like Nick Clegg, the Liberal Democrat leader, and, God help us, Deputy Prime Minister. You have to remember that when Clegg is booted out of Parliament at the next election, he is grovelling for a job in Brussels.

As someone said in a national newspaper this week, “I’ve just bought a Renault and it was made in Turkey,” to see the full nonsense of Ghosn’s position.

Earlier last week the CBI was also putting out a similar line. And don’t forget the CBI is packed full of companies that are not domiciled in Britain. Not only does this scaremongering make no sense, it is simply outrageous for foreigners to try and influence our domestic politics in this way.

Given that Britain is the biggest export market in Europe for BMW, and a good many other companies, trade will not hesitate for a minute. The WTO rules will make sure of this. Anyone suggesting anything else is simply not paying attention.

Scary dude
So I have this advice for Ghosn, and I’ll make sure I deliver it close to the exits because he is probably a scary dude to contradict.

“Sir. The next time you are asked a question about Britain’s political future, politely divert the question. Something along the lines that Britain’s political future isn’t for foreign companies to decide. If you have a genuine grievance about economic or fiscal policy, take it up privately with the local Sunderland MP. If you persist in making inflammatory remarks about such sensitive areas as Britain’s future in the European Union, it won’t be long before demonstrators start showing up at Nissan dealerships pointing this out to potential customers, and your sales fall off a cliff.”